Shakhtar are preparing for the new season start as 13-time Champions of Ukraine after winning gold medals for the 4th time in a row. The Miners will start defending the title vs Kolos after scoring the most goals against the latter last season (13 goals in 4 games).

There are only 3 days between the past and new season. Luis Castro's team returned from Germany on August 18, resuming training in Sviatoshyno the following day. Those who have played against Inter, worked in the general group for 45 minutes and completed the session with recovery activities, the rest of players additionally honed interplay in small-sided games.

August 20 already saw the game between U21 teams that ended in Shakhtar's 4-0 victory. Danyil Sikan played for 90 minutes and scored a double, Vitao also spent 90 minutes on the pitch, while Marquinhos Cipriano and Oleksandr Pikhalyonok were replaced in the 83rd minute. It is quite obvious that Luis Castro will form the starting line-up for the meeting with Kolos from the other players on the 2020/21 listthatwepublishedearlier. We want to mention that Viktor Korniienko is back from his loan spell at Mariupol and that Dodo and Yevhen Konoplyanka have been given new numbers.

For Kolos, the 2019/20 season marked their Premier League campaign that ended more than successfully. To begin with, the team joined the top six sides, finishing bottom of this group, but making it to the Europa League qualifying stage through the European knockout games: Ruslan Kostyshyn's men defeated Dnipro-1 4-1, later putting the squeeze on Mariupol in extra time (1-0). Denys Antiyukh became man of the match in those games by netting 3 of 5 goals. Kolos were back from vacation on August 10 and held a week-long training camp with two sessions a day in the Poltava region. In the summer, the club loaned the Dynamo players Mykyta Kravchenko and Yevhen Smyrnyi. The latter played for the Kovalivka team last season as well. Another newcomer is defender Yevhen Novak who previously played for FK Vardar representing Northern Macedonia (as of August 19, he was not listed for the league camapign). Yevhen Yefremov left the team to continue his career in Lithuania. Head-to-head record Shakhtar boast 4 Ukrainian league victories over Kolos with different scores (6-0, 4-3, 1-0, 2-0). Previous meeting On July 15, Shakhtar beat Kolos 2-0 at the Olimpiyskiy. This meeting happened in the penultimate round and was of no competitive significance any more, however, the Miners did not slow down and consolidated their lead over the competitors. Early in the second half, Cipriano scored his debut goal for the club, racing without the ball and covering a distance of 75 metres in 8 seconds. Late in the game, Moraes turned Marlos’ perfect delivery into a goal to seal the win. 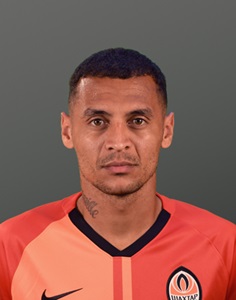