This is the final step for the teams towards the UEFA Champions League group stage - only one side will advance there, with the other one getting into the UEFA Europa League group stage. A week ago, the Orange-and-Blacks beat Monaco 1-0 away through a goal by Pedrinho. We want to remind you that they have cancelled the away goals rule this season, which means that any narrow win by Monaco will bring the clash into extra time.

Shakhtar head coach RobertoDe Zerbi insists that his players shouldn’t think about the past event, focussing on this particular return match instead. Everything will be decided in Kharkiv where the Orange-and-Blacks need to show their own game and claim an important positive result. Yesterday, the team held a training session on the OSC Metalist pitch.

If you want to support Shakhtar in the stands of the stadium, check to see if match tickets are still available.

Monaco arrived in Ukraine with the feeling that they had absolutely nothing to lose. After three defeats (at Lorient, Shakhtar and Lens), the Monegasques were purposefully preparing for the return match in Kharkiv with a desire not only to interrupt their losing streak, but to do it at the crucial moment, reducing the level of pressure and deciding their immediate future and the opponents’ status in European competition. In the Champions League, AS Monaco have not played for two seasons in a row when they finished 17th and 9th in the French league. 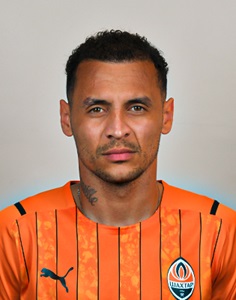