TheMiners successfully started their Champions League campaign with defeating Real Madrid: six days ago, the whole teamproduced an outstanding performance in Madrid. It was the teamwork that Luis Castro spoke about on the eve of the next match. To achieve a positive result in the encounter with Inter, the champions of Ukraine must deliver no less well-coordinated play, confidence, grit and will to win.

Shakhtar met with the Milanese quite recently - in the Europa League semi-finals in August.Quite logically, the teams have not changed significantly since then, although the coronavirus epidemic largely affected the training process of both sides. A number of players were absent at Shakhtar camp for a long while. Matviienko, Bolbat, Stepanenko, Patrick and Taison will be back at least by the MD2 game, while Pyatov was already on the bench in Madrid. It is up to Luis Castro to decide on those to be entrusted with appearing as regulars, but we can state that the Miners’ starting XI were the same both against Real Madrid and Vorskla.

The vice-champion of Italy, like Shakhtar, have already lost lots of points this season.Antonio Conte's team started in Serie A with victories over Fiorentina and Benevento before tying with Lazio (1-1) and losing in the derby to Milan (1-2). However, in the last round, the Nerazzurri got back on the winning track, with goals by Lukaku and D'Ambrosio securing the win in Genoa. It was these players, as well as Lautaro Martinez, who scored goals against the Miners.

In the summer, Inter made several acquisitions in the transfer market: first of all, we want to mention the transfers of Achraf Hakimi and Arturo Vidal. The experienced Aleksandar Kolarov got the left centre-back role. Already in October, the Black-and-Blues loaned Matteo Darmian with a purchasing option, who, by the way, played in the starting lineup in the last two games.

In the UCL group stage, Inter started with a home draw with Borussia Monchengladbach. Lukaku scored the opener in the 49th minute, but then goals by Bensebaini and Hofmann turned the outcome in favour of the German side. Late in the game, a corner brought the Milanese a 2-2 tie - the same Romelu grabbed a brace, assisted by Bastoni.

In Dusseldorf on 17 August, the opponents met one step away from the Europa League final. Inter won after netting the opener in the 19th minute: Barella intercepted it and delivered, and Lautaro headed it into the back of the net. Before the break, Marcos produced a dangerous long-range strike, and after an hour of play, Moraes nearly equalized after Matviienko's pass, hitting Handanovic instead though. Immediately after that, Inter scored following a corner. This goal sealed the win, with actually one team strengthening their advantage through attacks then. 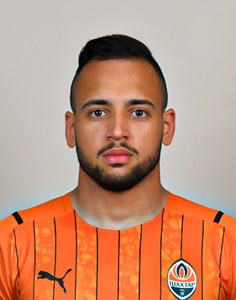