Shakhtar have not played only Rukh of all the Ukrainian league participants this season. After five days off, the Miners had exactly one week to prepare for the match. The full team squad gathered just a couple of days before the encounter because 11 players had been on international duty and RobertoDe Zerbi had once again worked with an incomplete group.

Midway through the league season, Shakhtar advanced to the top spot, being even with Dynamo on points but having the better goal difference figures. At yesterday’s open training session, the head coach stressed the task of winning the remaining four UPL matches this year in order to sit top of the table.

Before the break, the promising Fernando has shown a great run of form by scoring goals in four games in a row (vs Chornomorets, Desna, Real Madrid and Kolos). Another Brazilian Pedrinho missed just the same games. This summer’s newcomer has recovered from his injury, is rediscovering his top form and, most likely, will be given some match time in the upcoming game against Rukh.

Last season was Rukh's debut one in the top flight. The team finished it in the 10th spot, having secured six wins, along with 10 draws and 10 defeats. The Lviv side whose head coach changed (the experienced Leonid Kuchuk replaced the young Ivan Fedyk) currently play in about the same way.

In the previous round, Rukh and Chornomorets staged a scoring extravaganza in Odesa. Our opponents conceded three goals, then managed to level the score within 13 minutes (a goal by captain Yaroslav Martyniuk, a double by Valerii Fedorchuk), still failing to claim a positive result – late in the game, Yurii Pankiv had to take the ball out of the net for the fourth time. Before this match, Rukh defeated Mariupol (2-0) away and drew with Minaj (2- 2) and Oleksandriia (0-0) at the Arena Lviv.

The opponents met twice last season: a draw and a win by Shakhtar. The Orange-and-Blacks have scored three goals and conceded one.

On February 21, Tete scored already in the 9th minute after receiving a pass from Marlos and beating Bandura, although this was a response toRukh’s wasted chance when Kukharevych missed the target from close range. In the second half, Maycon came on as a substitute and converted a spot-kick. The teams had no other clear-cut opportunities in that match. 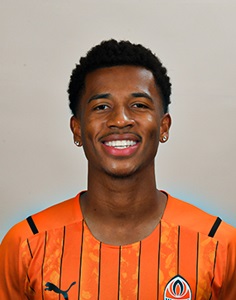