For Shakhtar, this is the 15th Champions League group stage start over 21 years. On six occasions the team started with victories (vs Celtic, Basel, Partizan, Nordsjalland, Real Sociedad, Napoli) and with defeats (Lazio, Milan, Roma, Porto,Real Madrid,Manchester City), along with two draws (vs Athletic,Hoffenheim).

Luis Castro took 20 players to Madrid, this time adding five guys from the U21 team - those are Mark Mampassi, Heorhii Sudakov,Denys Shostak, Bohdan Viunnyk and Danyil Honcharuk. We also want to remind you that several first team players missed the entire preparation and the league game vs Lviv due to the coronavirus - they stayed in Ukraine and will return to the training process gradually.

For the first time ever, five out of Shakhtar’s six UCL group stage games will start as early as 19:55 Ukrainian time. We also want to remind you that Real Madrid have temporarily not been playing at the Santiago Bernabeu, so the game will take place at the club’s base in Valdebebas. The small stadium was named after the third striker in the royal club’s history Alfredo Di Stefano.

Also, read everything that Shakhtar manager Luis Castro and goalkeeper Anatolii Trubin said before the match.

Real Madrid is one of the greatest clubs in the history of football, ranking second in the UEFA coefficients table after Bayern Munich. The Madrid side hold the record for the number of European Cups won (13), and in Spain they are also second to none for the number of league titles won (34). Last season,Los Merengues won the La Liga title with a five-point lead over Barcelona.

To date, no one has claimed more titles with Real Madrid than Zinedine Zidane (11).With the Frenchman at the helm, Los Galacticos won three Champions League titles in a row (2016, 2017, 2018). He is the first coach in history to have achieved that. In 2018, Zidane left Real Madrid, but without him, the team were doing worse, so less than a year later he returned in the manager capacity.

In the recent transfer window, Real did notsign up any new players, with the exception of the Ukrainian Andrii Lunin, the Spaniard Alvaro Odriozola and the Norwegian Martin Odegaard who were back from loan.However, many players left the club. The most expensive transfers were those of Achraf Hakimi to Inter (the Milanese are also in the UCL Group B) and Sergio Reguilon to Tottenham.

Real Madrid are sititng in the 3rd spot in the LaLiga. Before the meeting with Shakhtar, the Madrid side unexpectedly lost to Cadiz (0-1). They fielded the following players in the match: Courtois, Nacho, Ramos (Militao46’), Varan, Marcelo, Modric (Casemiro46’), Kroos (Jovic78’), Isco (Valverde46’), Vazquez (Asensio46’), Benzema, Vinicius. And this coming Saturday, Los Galacticos are facing El Clasico vs Barcelona.

Five years ago, on 25 November 2015,Shakhtar hosted Real Madrid in Lviv on the MD5. The teams were then coached by Mircea Lucescu and Rafael Benitez. Teixeira appeared for Shakhtar with the captain's armband on, eventually grabbing a brace. However, Shakhtar started scoring goals just at 0-4 (Ronaldo, Modric, Carvajal and Cristiano again scored for the Whites) after 70 minutes. In the 77th minute, Alex converted the spot-kick earned by Taison, followed by Dentinho’s goal after a corner, and then Teixeira sent home the assist by Taison, making it 3-4. 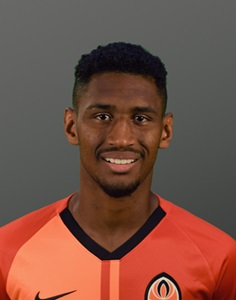