Shakhtar have only one competition left this season - the Ukrainian League. It is a set of gold medals that may become the Miners' fifth one in a row - it was and is the main goal of Luis Castro's men. So far, the team are four points adrift of Dynamo in the table, but this is a big challenge as the head coach saidat a recent press conference.

In April, Shakhtar will have a meeting in Kyiv with direct competitors for the league title, but they need to approach it without losing any points - there are three more games ahead. In the last two rounds, the Miners beat Olimpik (1-0) and Desna (4: 0), so in the clash with Lviv the players are faced with the task of translating the positive results into the format of another streak.

We want to mention that due to the preparation of the Arena Lviv field for the games of the Ukraine national team, this encounter will be hosted by the OSK Metalist. Shakhtar last played in Kharkiv more than a year ago - on 4 March 2020 against Dnipro-1 (4-1 victory).

Lviv sit bottom of the table with 12 points after 16 matches. After the winter break, Lviv defeated Minaj in Uzhhorod (through Alvaro's double the final score got 2-1), but then suffered three defeats: at the hands of Kolos (0-2), Dynamo (1-4) and Zorya (0-4).

In the league, the teams had nine encounters: Shakhtar enjoyed seven wins, Lviv had one, along with a draw. The Miners scored 23 goals and conceded four goals.

In the first stage game, Shakhtar secured the win by the middle of the first half. In the fourth minute, Kovalenko finished it off on time, in the ninth minute Marcos Antonio finished the attack involving Marlos and Dodo, in the 17th minute Dentinho scored one, and in the 18th minute Kovalenko grabbed a brace after Khocholava’s pass making it 4-0. Shyna pulled one back, and early in the second halfSolomon fired Marcos’s assist inside the right corner, making it 5-1. 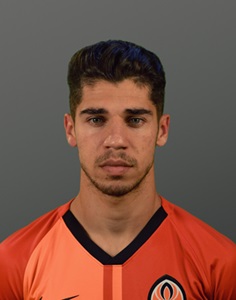