December 1st, Kyiv, NSC Olimpiyskiy, 19:55 Match build-up Shakhtar played both legs against Borussia Monchengladbach poorly which has affected the Miners’ chance of reaching the knockout stages after their good start, but they still have that chance. Currently, the Miners have to defeat Real Madrid. The team did it on matchday one, but on Tuesday the task will be more difficult - they will have to catch up with Madrid on points and keep the plot thickening. So far, the Orange-and-Blacks have scored all of their three goals in this Champions League campaign in one and the same match against Real Madrid in Spain. On November 28, Luis Castro's men also had a tough Ukrainian league game in Dnipro: until the 88th minute, the score was 0-0 with Shakhtar having an advantage, but then they finally managed to beat Dnipro-1 through Tete’s winner after Cipriano’s cross. This outcome should have a positive effect on the team in this tough period. As for the tight calendar - that’s the lot of absolutely every team who participate in more than one competition. Opponents Real Madrid look forward to and announce the visit to Kyiv as their return to the city in which they had raised the Champions League trophy for the 13th time in history. It happened back in 2018, before the trophy was won by Liverpool and Bayern Munich. The victory over Shakhtar will guarantee Real Madrid a last-16 berth. Zinedine Zidane's outfit scored six points in the previous rounds vs Inter Milan after winning 3-2 at home and 2-0 away. The Meringues are three points ahead of the Miners and five points above the Milan-based side. However, in the Spanish LaLiga, Madrid's recent results leave much to be desired: they suffered a major defeat at Valencia, tied with Villarreal and lost to Alaves, sitting below the top three spots. In addition to all those troubles, Eden Hazard got injured yesterday. He joined the injured Ramos, Carvajal, Odriozola, Valverde and Jovic. Instead, Benzema is back in the ranks - the Frenchman is on the squad list for the game vs Shakhtar that features 21 players. Head-to-head record The teams had three encounters in the Champions League. In the 2015/16 season, Real Madrid won twice, scoring four goals in each leg (4-0, 4-3). A month ago in Madrid, Shakhtar claimed a 3-2 win. The goals were netted by Tete and Solomon, plus Varane got ahead of Dentinho to score an own goal. Modric and Vinicius also got their names on the scoresheet in that match. 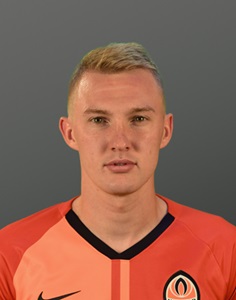