The encounter with Oleksandriia on Shakhtar's fixture calendar follows the trip to Belgium where the team defeated Genk in the first leg of the Champions League 3rd qualifying round tie. And two days later, Roberto De Zerbi’s men will have the return meeting in Kyiv.

In the UPL, the Orange-and-Blacks started with two victories over Inhulets (2-1) and Lviv (3-0). In both matches, the vice-champions delivered eventful football, dominating possession and the creative aspects of the play, they achieved the desired result quite natually. Now the coaching staff and the players are focussed specifically on the Championship and the need to retain the lead.

Let us remind you that Manor Solomon who was injured in the encounter with Genk, is expected to recover in about 14 days according to the medical staff. Shakhtar's preliminary squad list for the game against Oleksandriia includes 21 players:

Come to the stadium with season tickets or buy ticketsin a preferred way. The gates will be opened ninety minutes before the starting whistle (at 18:00). The match organizers are preparing an entertainment programmefor fans including interactive fan zones and various activities for children.

Oleksandriia claimed the nineth spot last league season after losing exactly half of their matches (13 out of 26) and claiming 8 wins. At the end of the season, Volodymyr Sharan left the post of head coach. The new coach is Yurii Hura who previously worked with the U21 team. And the club president Serhii Kuzmenko stressed that Hura had been tasked with forming a new team and improving the results at the same time.

Oleksandriia started their league campaign with the maximum of 3 points  - Ivan Kaliushnyi scored a winner in Zaporizhia vs Zorya after a blistering attack through the middle of the pitch and a shot from the edge of the box. However, in the second round, the Oleksandriians lost to Minaj in Uzhhorod with the same narrow score after conceding a goal in the dying minutes (following a cross and a rebound).

The team uses a 4-4-2 formation in which the attacking midfielder Kovalets backs up the striker (Ustymenko or the newcomer Spinelli). Defensively, from the beginning of the season the team have been consistently relying on a centre-back pairing Dubra - Babohlo, with Myroshnychenko and Tsurykov operating as full-backs. In midfield, Banada and Hrechyshkin play no longer - Demchenko and Kaliuzhnyi now occupy their positions.

After 24 meetings, Shakhtar have a significant lead: 18 wins, 4 draws and 2 defeats with 45 goals scored and 20 conceded.

On April 25, Oleksandriia defeated Shakhtar at home. In the first half, the Miners had next to no chances - only two long-range attempts by Stepanenko. In the 23rd minute, the coaching staff had to replace Bondar due to his injury. Trubin parried away Shastal's point-blank effort, in the next episode Cipriano managed to put his knee in the opponent’s way and rescued the team, later Bolbat took the ball off Vantukh's foot. And yet, before the break, the hosts went in front - Hrechyshkin converted a penalty. And in the 54th minute, Oleksandriia netted the second goal: Shastal flicked the ball into the back of the net after Tretyakov's attempt and Trubin's save. 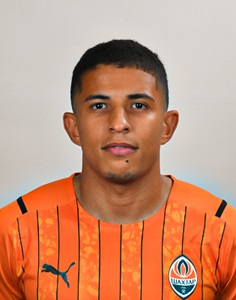