This game has been moved to Friday and will open the next round. Shakhtar switches to it between the Champions League games against Inter Milan and Borussia Monchengladbach. Last Saturday,after the victory in Madrid, Luis Castro's men failed to score more than one goal (by Solomon) against Vorskla, being tied 1-1. Due to four draws already, the Orange-and-Blacks have dropped eight points, with the league title being their major goal- this fact has been repeatedly stated by the team manager.

The Miners have fielded the same starting line-up against RealMadrid, Vorskla and Inter Milan, so there is no doubt that there will be a few personnel changes this time.Yesterday, the team held a training session in Sviatoshyno, and we mentioned that Sergii Kryvtsov and Junior Moraes had already resumed training. To differ from a low chance of their participation in the match, the appearance of the players who were present on the bench on Tuesdayseems very likely.

The main difficulty for Ostap Markevych will be the lineup selection due to a number of Shakhtar footballers playing on loan for the club. The Mariupol manager mentioned in an interview that it is not so important who is fielded as how the team as a whole tune in to this meeting.

Mariupol’s major motivation now is their standing in the league table. The Azov side occupy the 6th position and have 11 points,only two points adrift of Shakhtar and a point below Kolos and Desna. The team have claimed three wins this season (vs Zorya, Dnipro-1 and Minaj), tied two times (with Vorskla  and Inhulets) and suffered two defeats (vs Oleksandriia and Kolos).

Due to refurbishment of their stadium, Mariupol have played all of their stage-one games away. In the majority of rounds, the games finish with just few goals scored: the most popular scoreline is 1-0 or 0-1 (three times now). A goalless draw was registered against Vorskla, plus Mariupol tied 1-1 with Inhulets. By the way, the team's top scorer is Artem Bondarenko (three goals, including one spot-kick).

In 44 games, Shakhtar have claimed 40 wins, along with four draws. The Miners notched up a total of 115 goals, with the opponents netting 27 goals.

On December 1st, one of four draws happened in Mariupol: Taison converted a penalty in the 15th minute, with Illia Putryaequalizing early in the second half. Sikan and Boryachuk played for Shakhtar that evening: each of them had a chance to score, but on one occasion Polehenko cleared the ball off the goal line, with the ball going wide on the other. Mariupol scored an offside goal, so the 1-1 figures on the scoreboard remained the same until the final whistle. 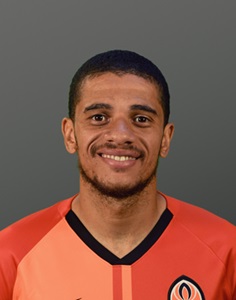