In the U19 Ukrainian League Matchday 15 game, Shakhtar played Dnipropetrovsk-based Dnipro away.

The meeting between Dnipro and Shakhtar must have been held in early November, but was postponed due to international duty. In 17 rounds, Dnipropetrovsk scored 36 points in 17 rounds, occupying the second position in the league. The Pitmen have approached the encounter having an unbeaten run of seven games. Interestingly, the league’s best team defensively (Dnipro conceded just 9 goals) are going to lock horns with the best offensive side (Shakhtar boast a scoring record of 39 goals).

The match started for the Pitmen in the best way possible. Already in the 2nd minute, Artur Avagimyan earned a dangerous free kick, with Oleksandr Pikhalyonok powerfully taking the free kick. The Dnipro goalkeeper failed to keep the ball in his hands, with Vladyslav Bugai taking advantage of it to make it 0-1.

The game immediately acquired an open manner, with more chances occurring near both teams’ goals. Mykyta Romanov parried away two point-blank shots, then beating Kozhushko in a one-on-one situation. The Orange-Blacks responded with dangerous shots by Pikhalyonok, Avagimyan and Hlahola.

Gradually, however, the initiative passed to the hosts, and the growing pressure from Dnipro resulted in their scoring two goals just before the break. In the 40th minute, Cheberko sent a through ball to Oleh Kozhushko, who beat the goalkeeper on the left-hand side of the penalty area. Three minutes later, the same Kozhushko sent home a Nazarina cross to make it 2-1.

In the second half, Serhiy Kovalyov strengthened the team defence, fielding Ilya Putrya and Ivan Semenikhin instead of the booked Yakimets and Shevchenko. The Pitmen immediately seized the advantage and resorted to shattering the opponents’ defensive third. The 60th minute was a turning point in the match. Shakhtar succeeded at fulfilling a blistering attack, with Dmytro Topalov forwarding the ball through midfield and fed the striker in the box, sealing off Dnipro’s entire defence. Vladyslav Bugai, finding himself face to face with the goalkeeper, coolly fired it past the keeper to make it 2-2.

From that moment on, the Donetsk team were fully in control of the situation on the field, but Dnipro were defending well, snapping back with counterattacks. The denouement came in the closing minute. For fouling on Bugai, the referee awarded a free-kick in from the right-hand corner of the penalty area. The team captain Oleksandr Pikhalyonok stepped up to take a free kick and fired a brilliant left-footer into the near top corner. 2-3! The team of Serhiy Kovalyov stopped the final attack by the hosts and claimed an important victory over the major opponents.

Shakhtar U19 have finished the first part of the league season in the leading group, having the best goal difference in the league: 42-15. In the last eight games, the Pitmen claimed seven wins and drew once. The Pitmen will open the spring part of the U19 championship in March, with the home match against Dynamo Kyiv.

- We prepared the guys for this game very seriously. They perfectly understand our current situation in the competition – they knew that we needed to win only in order to compete on for the league gold. This match was the best this season content, quality and dedication wise. The same is true of the opponents. Our entire coaching staff believes that the end of the first part of the championship Shakhtar’s performance has improved. We got mutual understanding with the boys, identified the goals - something we must work on. In the upcoming training camp, we will correct our errors. In the spring we will seriously fight for the championship. Today, we have managed to score an early goal, with Hlahola and Avagimyan having the opportunity to extend the lead later. But Dnipro forced us to move down our half of the pitch. We constantly say that our biggest problem lies in the individual mistakes in simple situations. We left for the break, losing 2-1. The reason for that is slackness and complacency. Unfortunately, we lacked concentration at the end of the second half, although we warned the players that it should be present from the first to the last second. We knew that the match would take place on the field of good quality, notwithstanding the fact that we played indoors. It was a bit strange, we had the same problems against Illichivets. In general, the boys, especially in the second half, withstood both the movement and pace - there can be no criticism to them at all in this regard.

- Two goals just before the break is a very heavy blow for any team, especially the U19 one. What words did you find to tell them at half-time? And have the two defence substitutions been crucial?
- We had issues with that. We believe that neither Yakimets nor Shevchenko blended in with the performance – so we decided to replace them at half-time. Just then we said to every player: in order to win and achieve positive results in such games, besides technical and tactical operation, besides the physical condition, we must also prove the strength and mettle. Without those components, there will be no advancement neither in football, nor in life. I believe that in the second half all the guys just showed willpower and character, the mining spirit that is inherent in our club throughout its history. It is through those components, first of all, we have reversed the game and claimed the logical result.

- Let’s make some conclusion following the first half of the U19 league: the team are in the leading pack, having scored the most goals - 42. Are you happy?
- Of course, we have failed. Primarily, in the away games. We lost many points, it is especially true of the away games. Had we not lost those points, we would most likely have been in the top spot. I think that midway through the season, we, primarily, have improved the quality of the game, with a positive result following the quality, which was shown in the league games. I want to repeat: we know where to go, how to move forward. Now we will have some rest, and then we will have a training camp, in which (we have already told the guys about that) we are facing some very hard work. Without hard laborious work, we will never achieve a positive result, we will not improve the individual qualities of the players and the teamwork.

- It was a very difficult match. Being 2-1 behind after the first half, we did not play very well. We got our act together after the break, we came out in a different mood and claimed a comeback win. All week long, the coaches were telling us about the importance of this encounter due to our position in the standings. We knew that we must take all three points! Speaking about the opponents, I want to way that Dnipro surprised us. After conceding a goal, they started to play on top, combined it well, creating scoring chances. Only after the break, we were able to close open spaces for them. I am delighted at our being on an eight-match unbeaten run. We failed the season start, but now we’ve improved our performance.

- We’re happy! Although in the first half it didn’t quite work for us: Had we converted some 2 or 3 chances, the score would have been different ... But we did not use them and immediately got some counterattacks. The rivals stepped it up, and this led to the fact that we lost the first half. In the standings we had nowhere to retreat as we had lost many points. The coach set us up for winning. Therefore, after the break we came out, got our act together and completely outplayed Dnipro! In the case of last goal I knew beforehand how I would perform a set piece: I lobbed it over the wall and struck it just where I’d wanted to. In general, we have been enjoying a good run of form in the league. And we want it to continue after the New Year holidays and the winter training camp - in the second half of the season we will try to score as many points as possible.

- I'm happy with today's performance. The team fought until the last minute, and achieved a positive result. The whole team deserved this victory, we really needed it. We showed willpower, character, and fully beat the opponents in the dying minutes. The away games were hard for us, so we tried to change the situation. As a result we had successful recent games. Nevertheless, we did not think about an unbeaten run. The meeting with Dnipro was very important competition wise. Besides, it was very nice to win the last league game this season. We have the UEFA Youth League game ahead. We will go to Paris to win only. 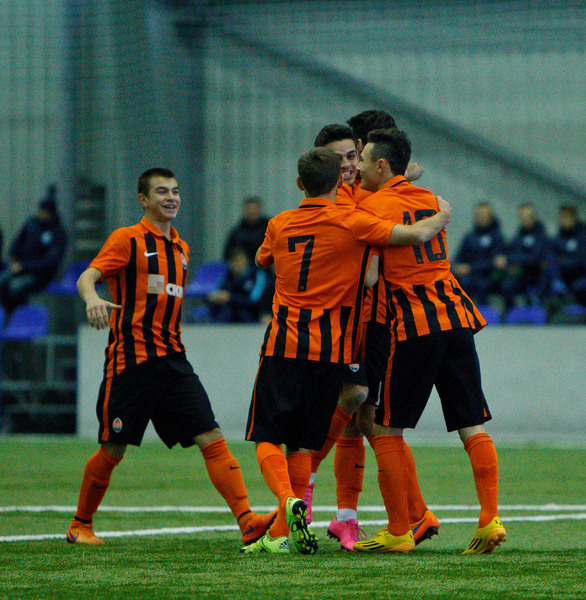 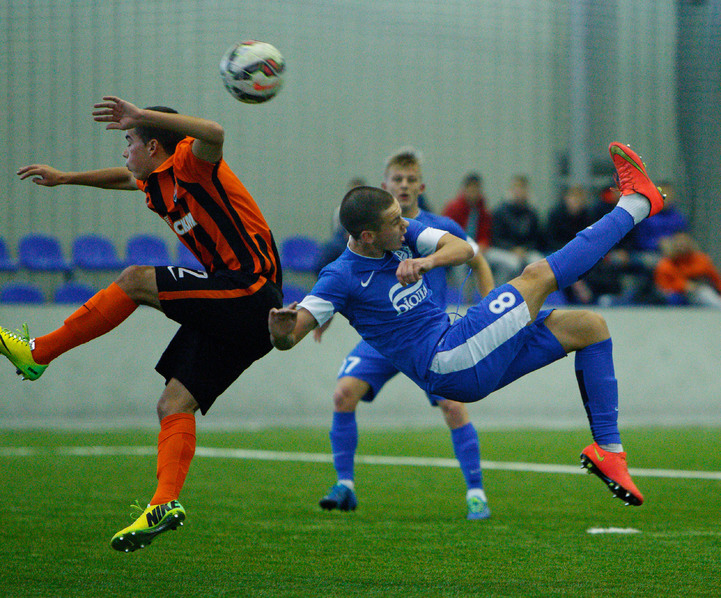 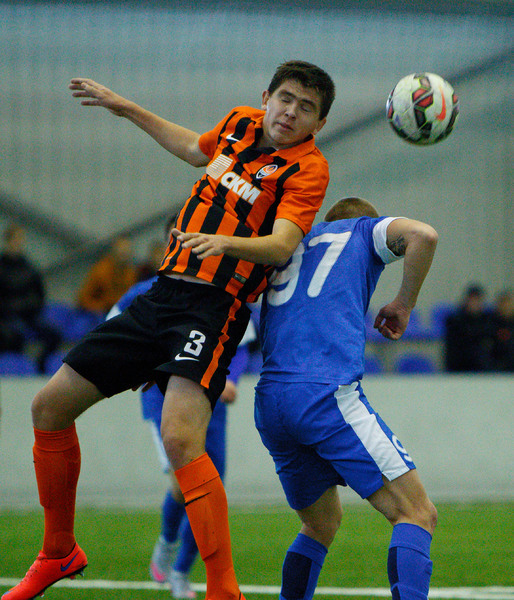 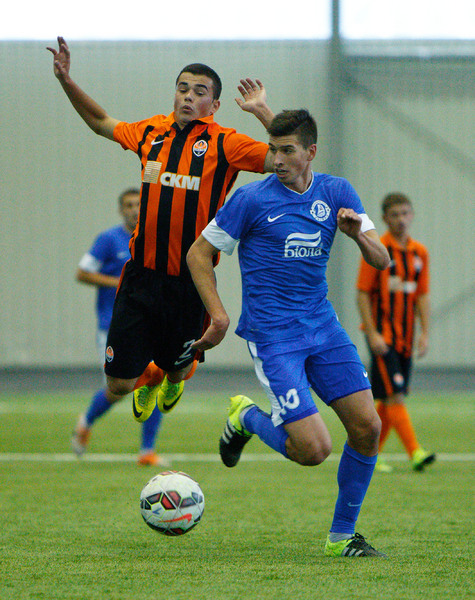 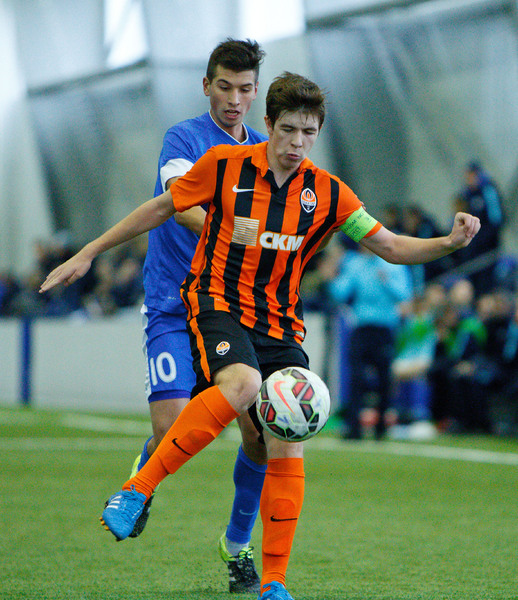 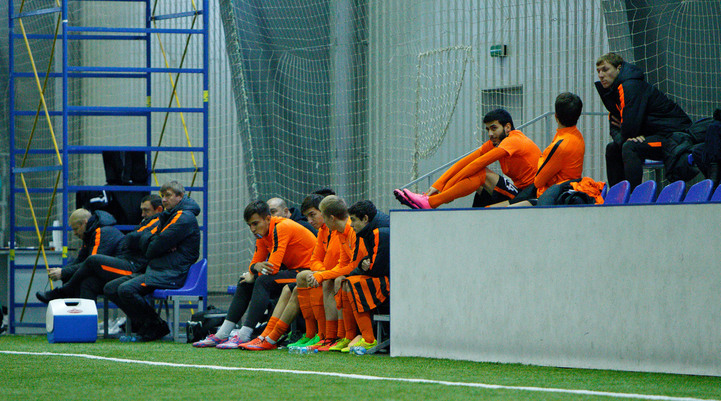 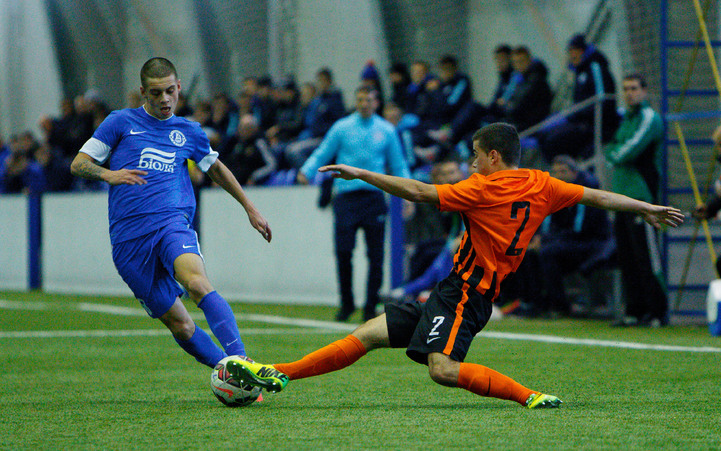 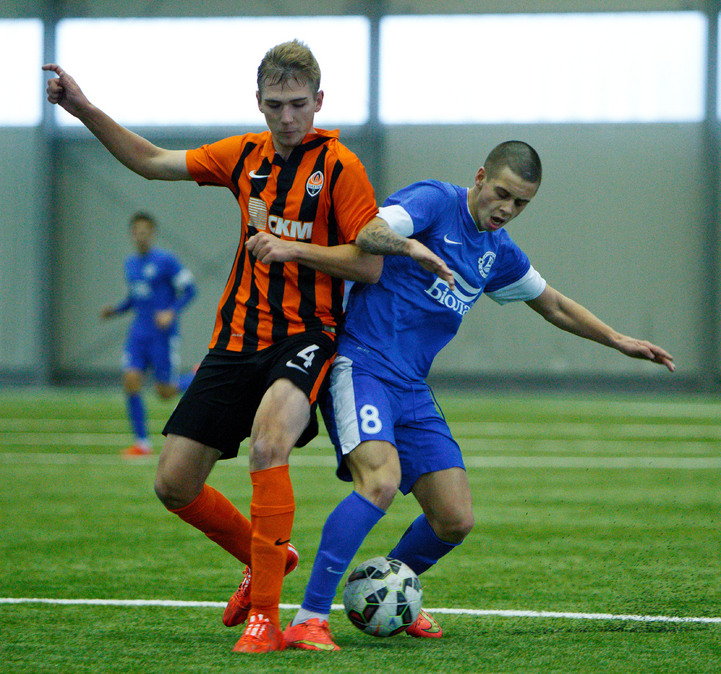 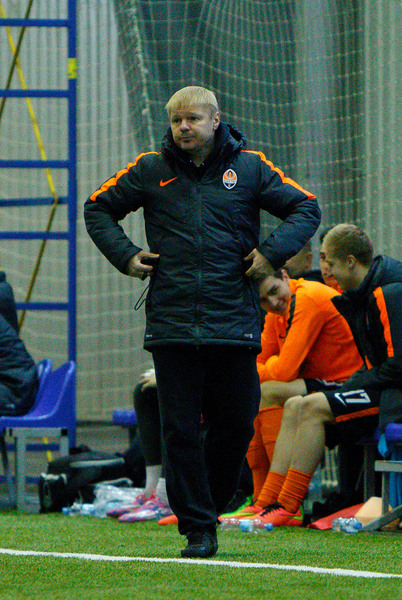 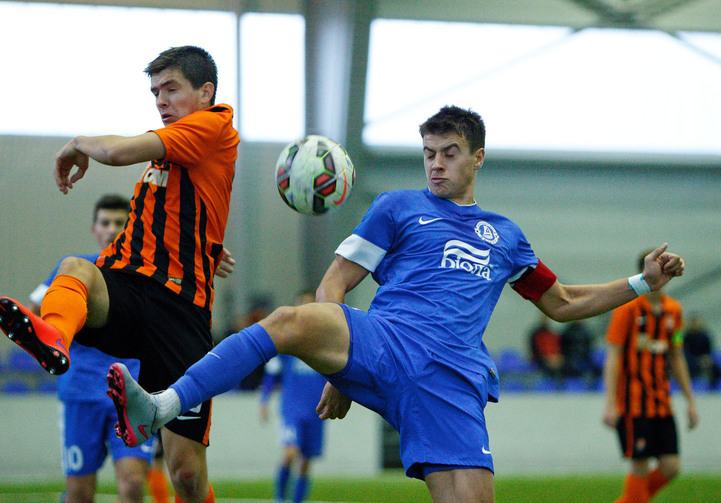 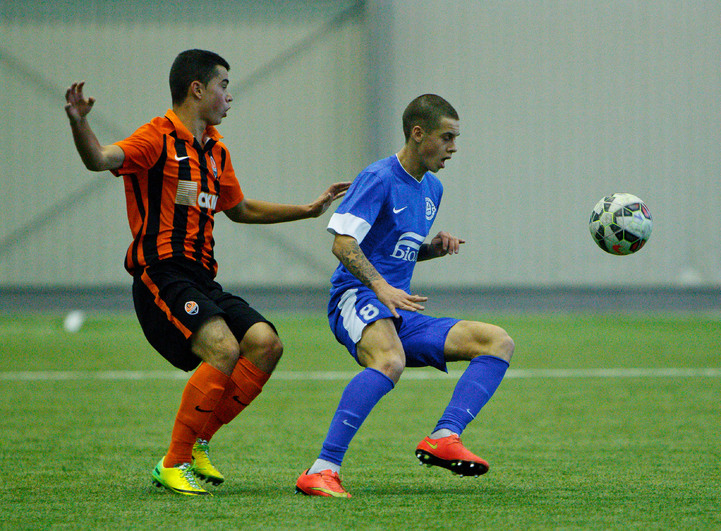 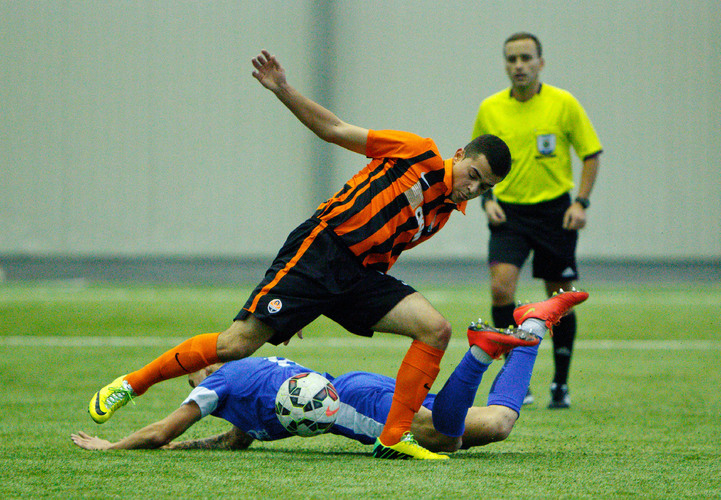 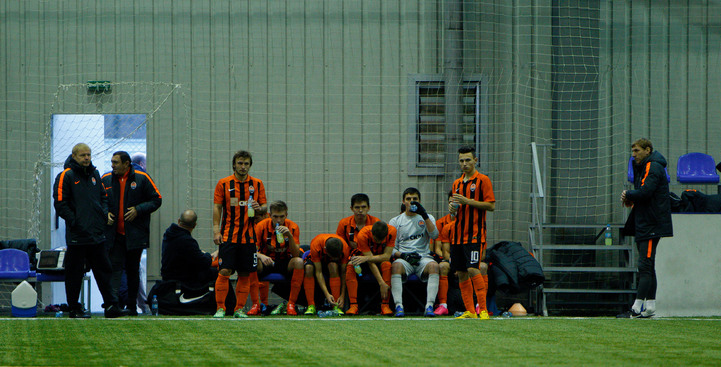 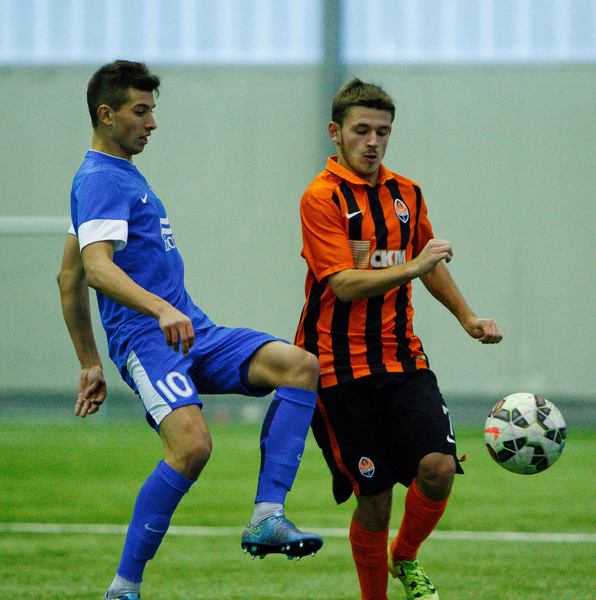 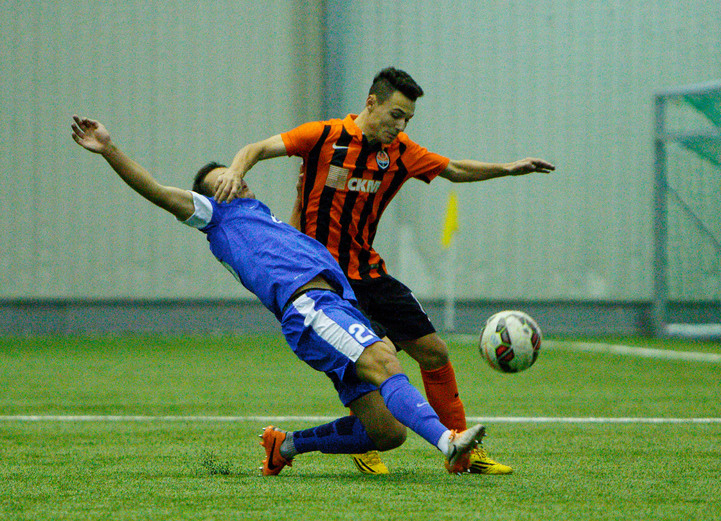 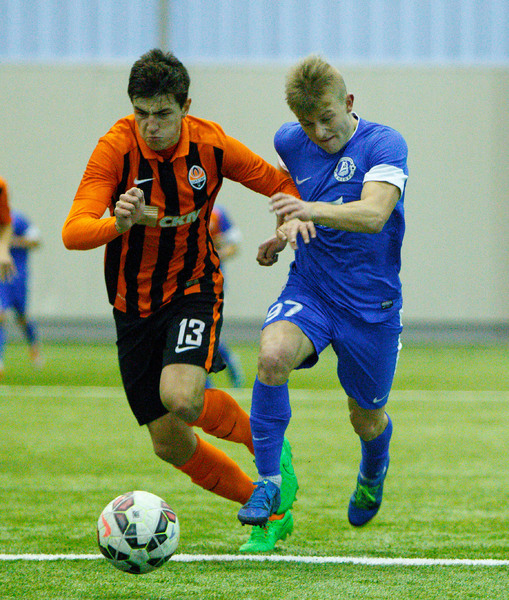 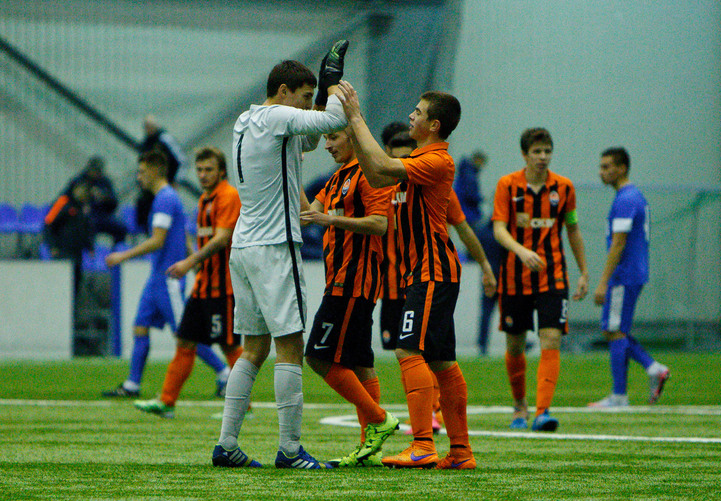 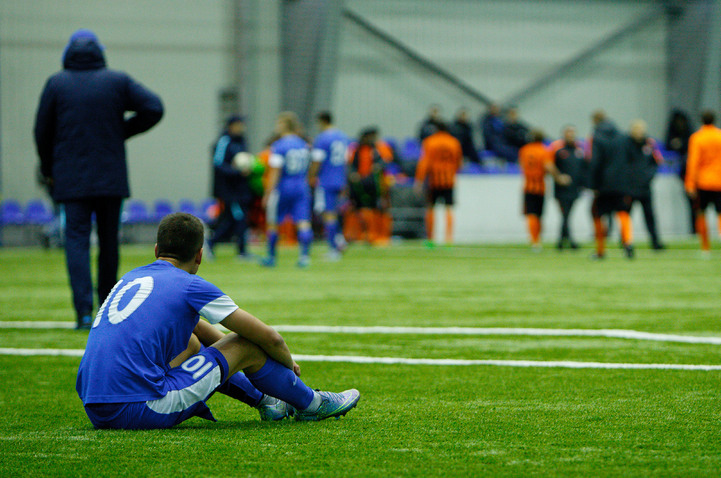