Mircea Lucescu: I want Shakhtar to play like in Istanbul and Vienna

Head coach of Shakhtar has granted a press conference on the eve of the match against PSG.

- You have said many times that you will be happy if Teixeira moves to a top club. Can the 6th round of the Champions League group stage become some kind of motivation for Alex to display his qualities to the whole of Europe, and perhaps Brazil?
- No, that's not true, I have not said that. I have said that I will be very happy if my players move to good clubs and play with the best. It is normal, if a player, who has spent 5-6 years at our level, wants to change the team and show his talent elsewhere. For Teixeira, this match is like any other game. Of course, there is a lot of press and TV in Paris, and they strongly influence the world of football. I hope Alex will continue to play for the team and help us win - thanks to his participation and goals. If a big club want to buy him, I will never say no.

- PSG coach did not rule out that he would field not the first-team players. Will you give reservists a chance?
- He was not talking about reservists. All of their reservists played the recent important matches in the League Cup, the Champions League, the domestic league and the French Cup. You know, now the teams are not made up of 11 players. No one can say that Stambouli and Marquinhos are reservists. All of them are PSG players. They want to take to the field and win, just like we do. At home, we showed a good game in the second half. Yes, in the first half we had problems and mistakes, but after the break, we made the game difficult for the opponents. Hopefully we can do it again tomorrow against one of the best teams in the world.

- You have played with Real Madrid and PSG. Which team are tougher to face?
- I'll tell you tomorrow. We played two games against Real Madrid and one against PSG. Tomorrow, after the second game with the French side, I can answer your question. In any case, both teams are very good, and they can easily reach the semi-finals of the Champions League. I watched the match in Madrid: perhaps there were not some first-team players, but PSG dominated and could have won.

- Laurent Blanc has said that he still has problems: players’ minor injuries and not all first-team players will be able to play. How hard is it to predict the PSG squad and accordingly choose the match tactics?
- The attack will consist of the same four players, either Di Maria or Lucas. Ibrahimovic will play. Cavani as well. There won’t be changes in the attack. I do not want to talk about the rest. It does not depend on who will play - all PSG players are very expensive. We have a different policy: you know, we buy young players, whom we develop, and we turn them into great players. The French club buy players, who have the experience - the stars of world football. They should be given credit for the fact that they managed to build a good team led by a good coach - Laurent Blanc, who has extensive experience both as a player and now as a coach. For us it is a very important match, the match for our image, and we want to show Shakhtar, who impress and show the beautiful game. Let's see, of course, what result will be. In the first match PSG beat us 3-0, but the difference was not that big. We had a lot of opportunities to score, and we made a terrible mistake in the first match.

- It is no secret that many things in tomorrow's game will be decided not only here, but also partly in Madrid, in a parallel match. If in Spain the score is 3-0, 4-0 to Real Madrid, and your players know about it, can it affect their motivation in the second half?
- Shakhtar are a team that know how to play. Of course, maybe we are not in the best situation at the moment... A team with three points have never made it to the next stage. We met with two very strong clubs, we lost to them, and we should have won that match at Malmo. Perhaps we went into it complacent and too relaxed. And, of course, I am absolutely not happy with the three points that we currently have in the group. And I want my team to play tomorrow to win in order to take points. I am not thinking about Madrid, Malmo and so on.

- In Lviv, when you were trailing 4-0 to Real Madrid, it seemed that the team were relaxed and thus began to show more entertaining football. Maybe tomorrow it is not necessary motivate the team in such a way, they are already thinking about holidays. Do you feel that the players can put on a good performance without extra motivation?
- They are professionals and take to the field to play. The players are not thinking about holidays. Shakhtar must remain at the level at which they are used to be seen, and be a team that show beautiful football. I want Shakhtar to play like in Istanbul and Vienna. In some matches, which we played in this group, I have the impression that my players took to the field with the thoughts that they have already lost. The kind of thoughts you have in the games with a big club... In the last 15-20 minutes against the Real Madrid, I saw a different team! The players were much more self-confident. And before that, the impression was that the team were simply afraid to play their own game and win - against Real Madrid and against PSG. Plus in both games the referees, of course, affected the outcome. There was a foul on Fred, which they did not see, then there was a clear offside position... Referees have different interpretations of moments and help big clubs. In Madrid, Ronaldo fouls on Kucher - no whistle, and when Kucher does the same thing – he gets booked. Officials’ interpretation depends on the team and, if I may say so, of its "price tag." Tomorrow the most important thing for us is to play well.

- Oleksandr Gladkyy was reported to have suffered a minor injury. Is it true? Is he ready for tomorrow's match?
- Yes, he is out with a minor injury. Gladkyy will be out for about three weeks. He has a problem with a rib after a collision with Casilla. 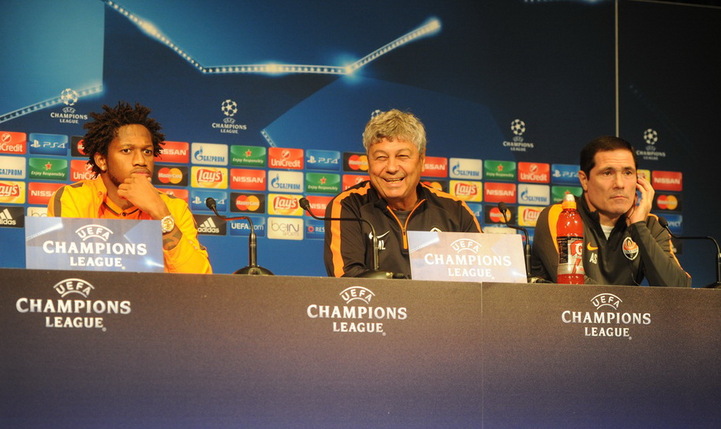 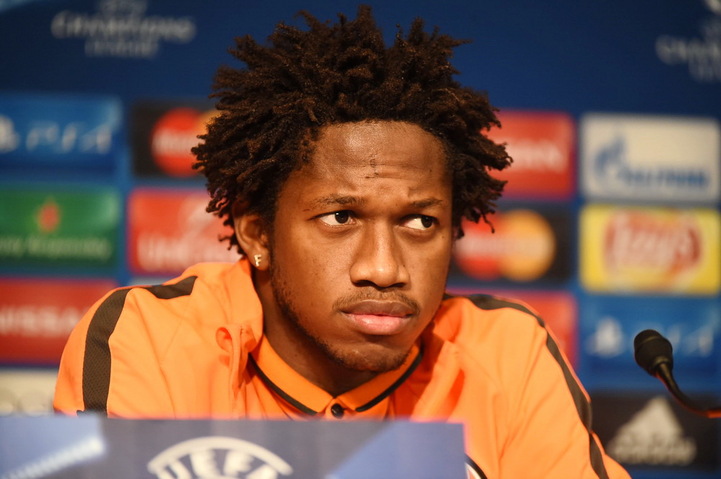 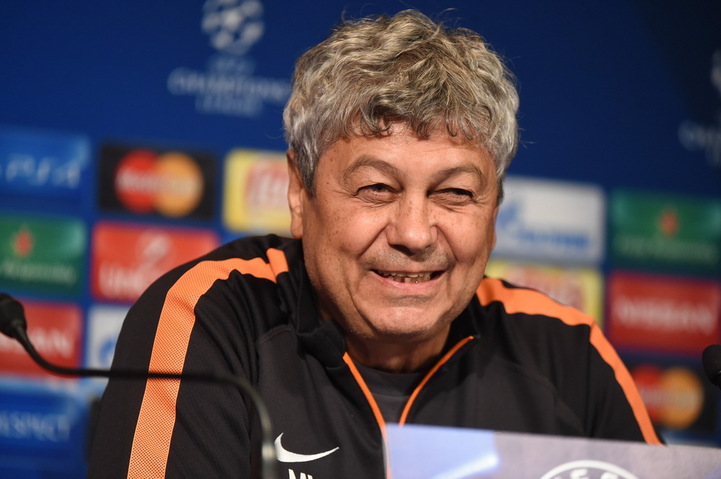 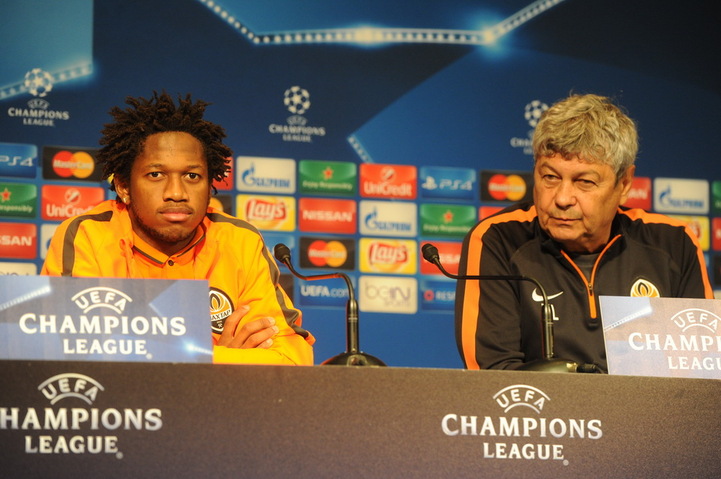 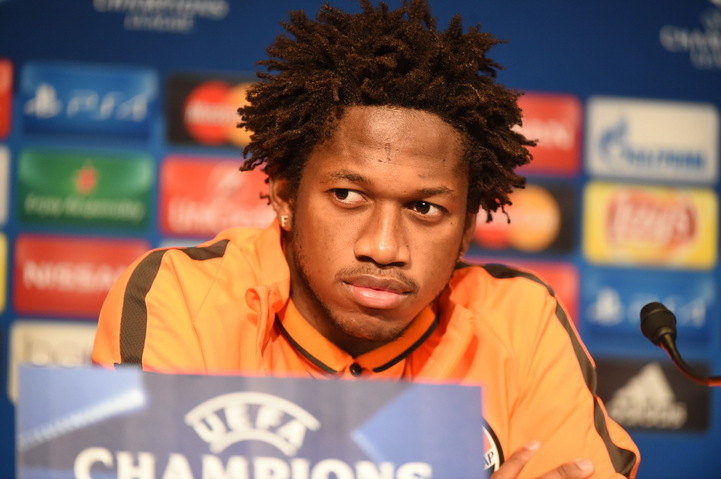 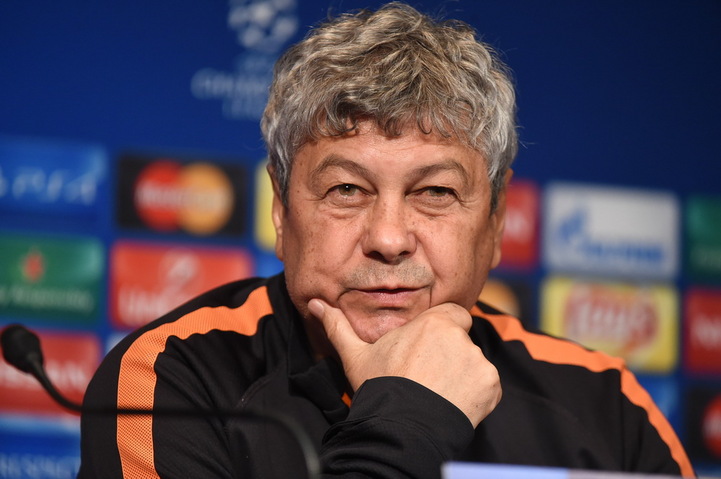 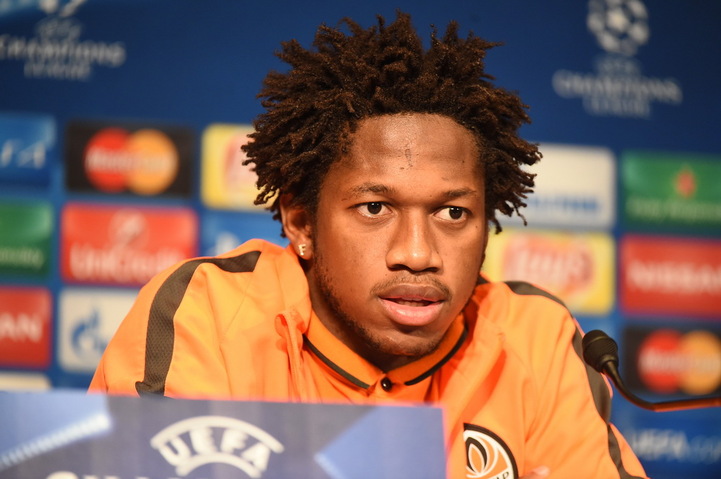 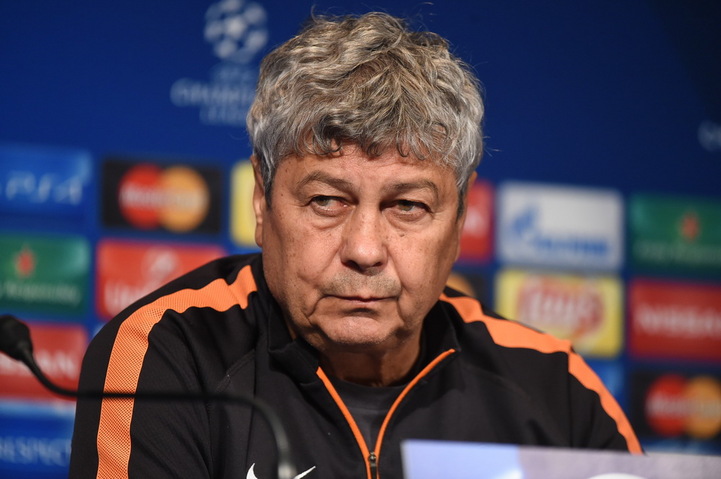