More than 75,000 tons of humanitarian aid were delivered to the residents of Donbas by Rinat Akhmetov Centre over 500 days of its operation. The centre has become the largest humanitarian organization both in terms of the aid delivered to Eastern Ukraine and the number of people who receive it on a regular basis. Monthly, that is about 500,000 people. The Centre Coordinator Rimma Fil and the director Oleksandr Vishnyakov told us about the results of operation of its biggest line – the Humanitarian Aid one.

- For 500 days, following the decision by Rinat Akhmetov, we have been systematically helping the civilians of Donbas who got caught amid hostilities. When back in August 2014 we started forming the Centre, no one might predict that we would work for as long as 500 days, and as the current situation reveals it, we will work on. According to the latest UN data, some 2.7 million people facing the restrictions on movement, reside in the territory beyond Ukraine’s control. About 800,000 people live in extremely tough and dangerous conditions. The elderly, children, the disabled and the poor receive aid from the Akhmetov Centre. We have distributed 5.85 million adult and 430,000 children’s  food sets, - says Rimma Fil.

To provide people with such volumes of food aid, the Centre has sent 142 convoys to Donbas. Aggregately, that is 3,764 20-tonne trucks. One convoy has a 12-hour trip.

- However, this June, we had a kind of anti-record – a 50-hour trip. Back then, due to heavy shelling and closed checkpoints, within 15 days we have made 9 attempts to cross the line of contact. We changed routes, with the truck staying at checkpoints for hours. As a result, we managed to deliver food via the most difficult and maladjusted route - through Artemivsk, - which has never been followed by any other humanitarian mission, - explains Oleksandr Vishnyakov.

Over the 500 days, the aid was received by residents and displaced people in 310 cities and villages of Donbas, where we opened stationary distribution points, which were visited by mobile crews of volunteers at least once. In the ‘gray zone’ settlements, where volunteers have been regularly present for six months, assistance was provided to 75,000 people.

- Our volunteers go there once in two or three days, and they have only two operation formats: difficult trips and dangerous trips. They may stay and wait at checkpoints for fire cessation for hours. Meanwhile, people who are starting to gather together as early as 3am, just wait for them. Many villages of the ‘gray zone’ have the same situation: kilometre-long queues, with numerous pensioners and disabled people waiting for this assistance. The assistance is in high demand. It's scary when old people are left without any family support. Last week, we made a delivery to Chermalyk of Volnovakha district. In the course of receiving aid, one old man did not feel good as he was barely able to reach the aid distribution point. He just has no money, no food, his wife died recently. Everyone present provided him first aid, both the volunteers and the people receiving food sets. And there are lots and lots of such horrifying stories, - says Oleksandr Vishnyakov.

Sociological studies show that one-third of the residents of Donbas are in need of food. There is still a high need in humanitarian assistance.

- We will continue to respond to the needs of civilians of Donbas on both sides of the contact line in the ‘gray zone’. Early next year, we will continue to deliver humanitarian aid to the people. We are forced to retain a 3-month planning mode for our operation. The work of the Humanitarian Centre remains relevant, - summed up Oleksandr Vishnyakov. 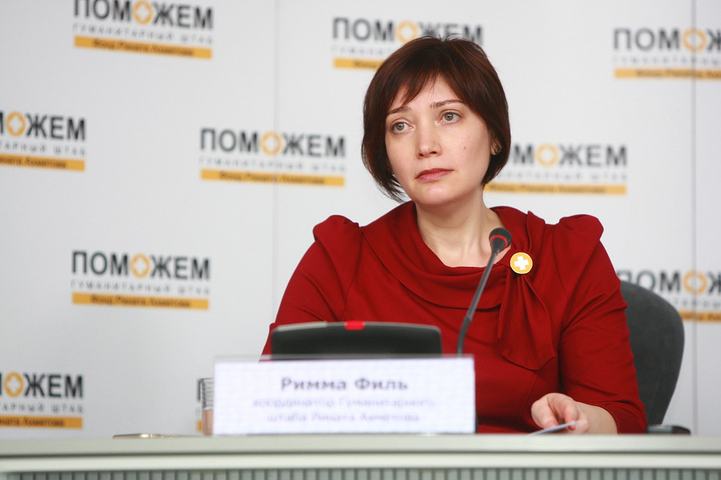 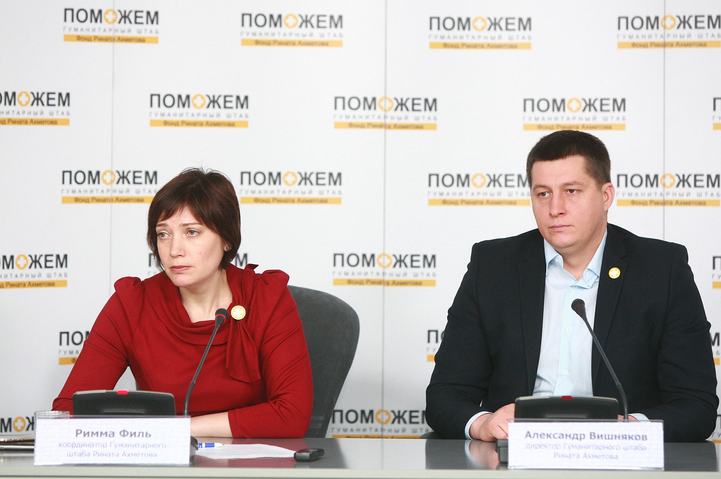 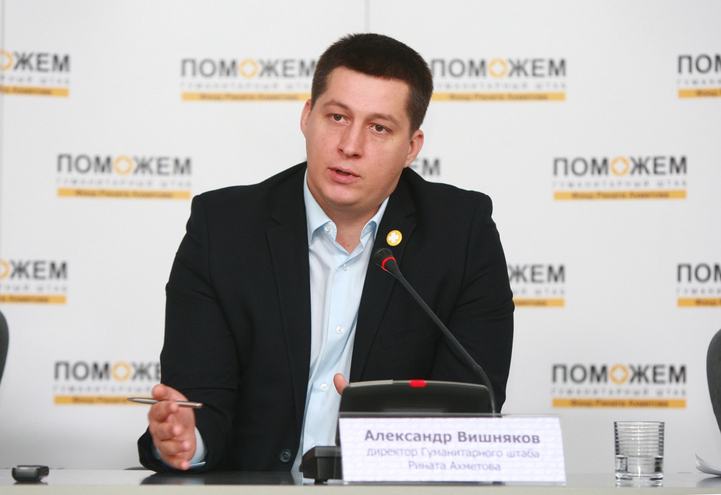