In a match of the 2nd round of the Pari-Match League on July 23 the Pitmen played an away game with Volyn.

The opening game was moved from Friday to Thursday because of the Pitmen’s participation in the Champions League qualification: on 28 July, the Pitmen will play an away game with Fenerbahce. Compared to the previous league game with Oleksandriya, Shakhtar’s squad underwent changes. Darijo Srna was missing the game, Vasyl Kobin was playing in Darijo’s position, and Alex Teixeira was captaining the squad, and Oleksandr Gladkyy was spearheading attack.

As early as in the first minute of the match, Shakhtar orchestrated an attacking move, which led to Taison firing a shot from outside the penalty area. After that, the hosts looked more energetic, winning a number of corner kicks, and on 16 minutes a Matej shot from a free kick hit the goal post. Volyn were attacking in numbers, leaving spaces behind which allowed the Pitmen to orchestrate sharp counterattacks. On 25 minutes, the Pitmen opened the scoring: Teixeira was left unmarked on the left, made a pass to the centre for Marlos, who fed Taison for the latter to send the ball into the near corner of the net in a fine fashion.

Soon, it was Teixeira who had a chance to score but his shot flew over the crossbar. The Pitmen orchestrated various combinations and created goal scoring opportunities, as in the episode when Gladkyy struck goal wards, and Teixeira, who had made a pass, coolly seized on the rebound to send the ball into unguarded net to make it 2-0. The hosts managed to pull one goal back, when the referee awarded a penalty kick against Andriy Pyatov. Matej converted spot kick, and before the half time break the teams orchestrated one dangerous attack each. The first half ended with Shakhtar being  2-1 up.

In the opening stages of the second half, the Pitmen’s quick attack may have led to a goal, but Taison fired the ball over the crossbar. On 54 minutes, Taison, inside the penalty area, decided not to shoot, and made a pass to unmarked Teixeira, who easily received the ball before sending it past the goalkeeper to make 1-3. The past league’s scorer sealed his brace in the second match in the row. Shakhtar’s dominance was overwhelming, every new attack could have resulted into a goal, but the players failed to hit the target.

In one of the episodes, Marlos tried to take advantage of the error from the opposition goalkeeper and struck a shot from a tight angle – the ball chipped the goal post and went out of play. The Lutsk side were still looking to come back into the game, they were going forward, leaving space in the middle of the pitch. The Pitmen could have capitalised on that on a number of occasions. Pyatov did not have much work to do, Bernard and Viktor Kovalenko, who came on as susbs for Shakhtar, could have found the net. In the closing stage of the match Eduardo, who came on as a sub, managed to score. Yaroslav Rskytskyy earned a free kick, after which Eduardo netted the fourth goal against Volyn following a deflection off the opposition defender.

Shakhtar got a confident 4-1 win in Lutsk, thus registering their second league win. This allows Mircea Lucescu’s team to sit on the top of the standings with six points. 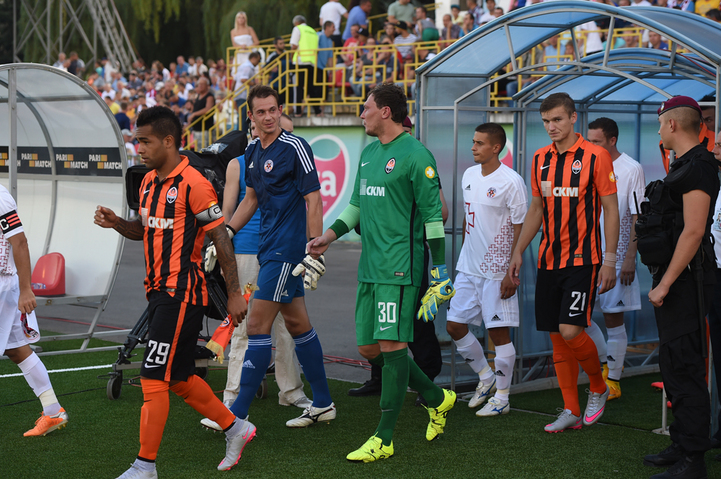 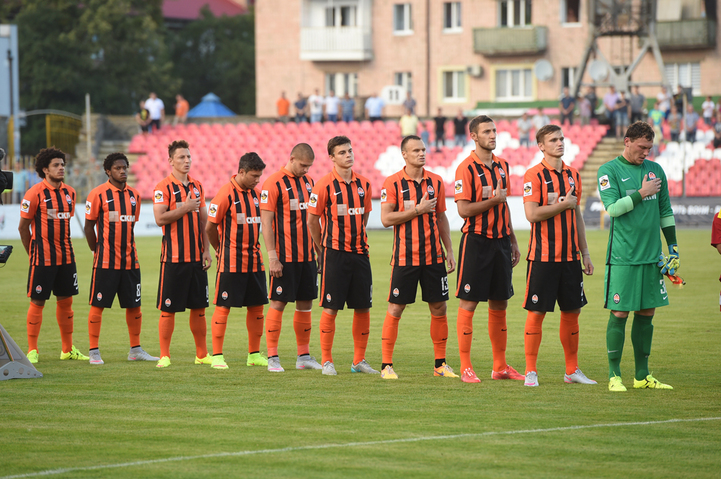 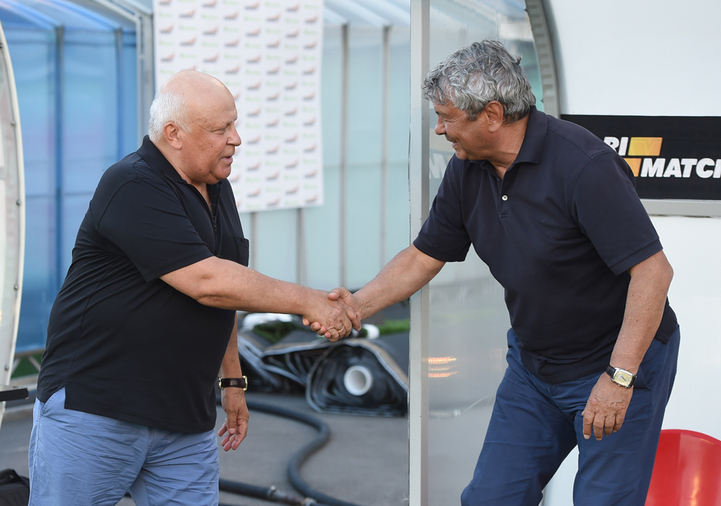 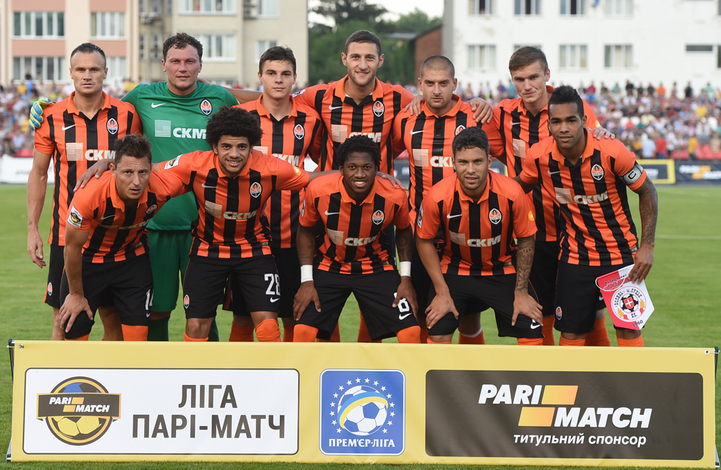 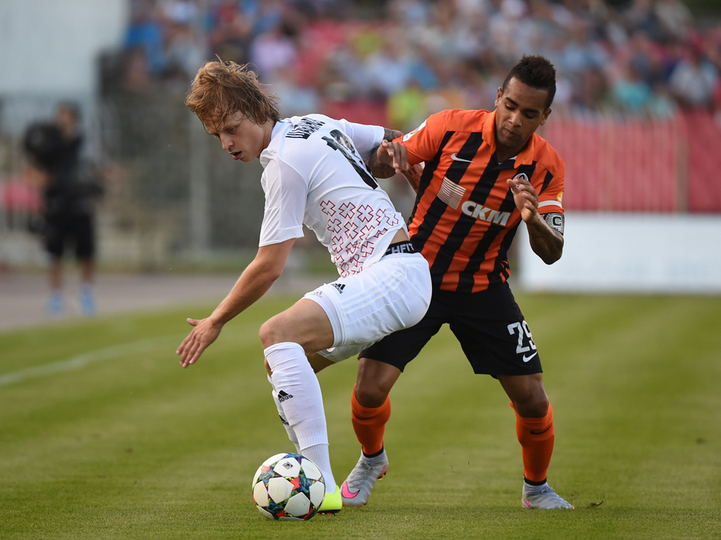 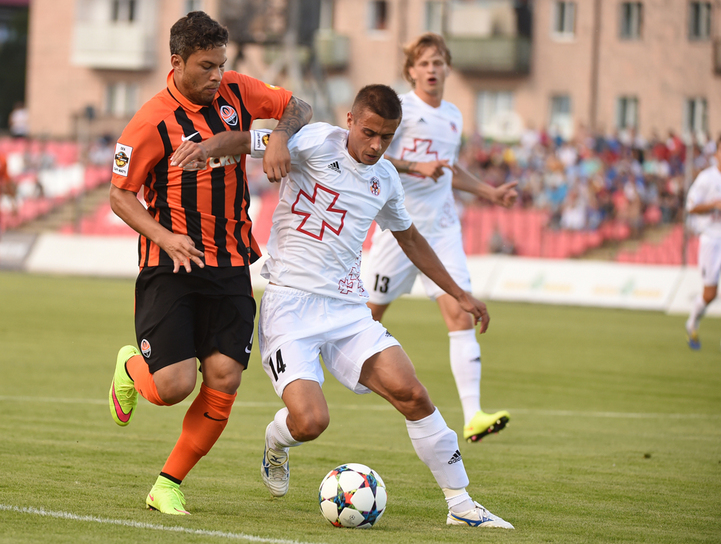 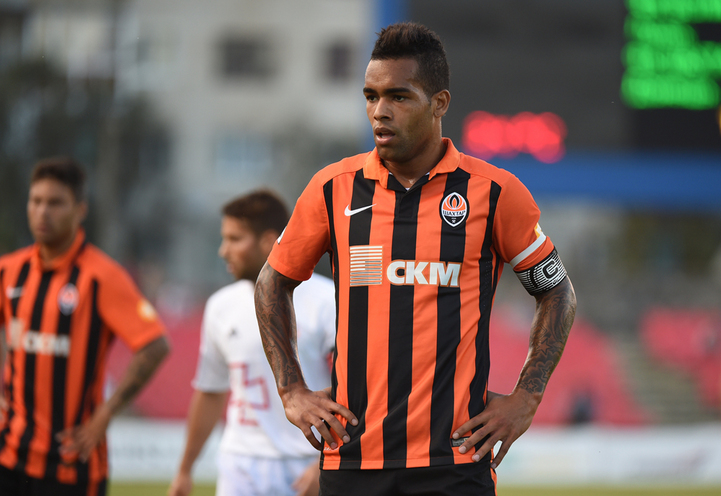 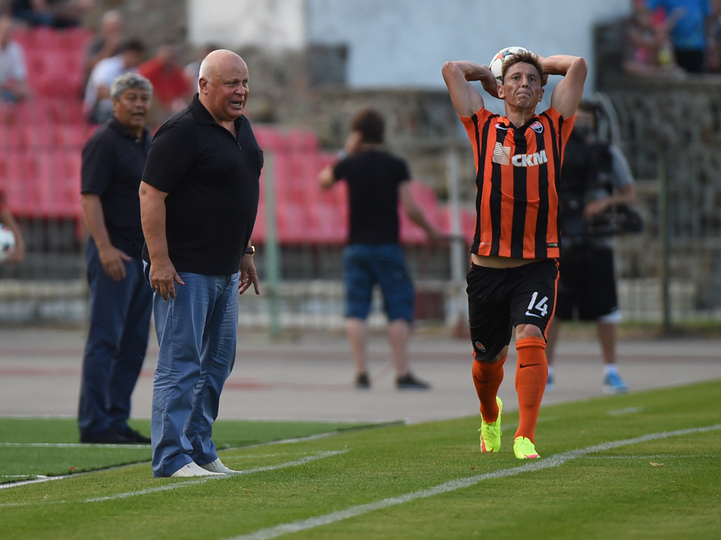 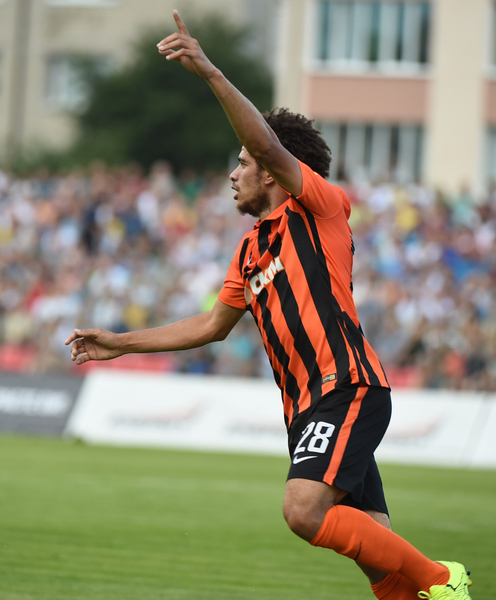 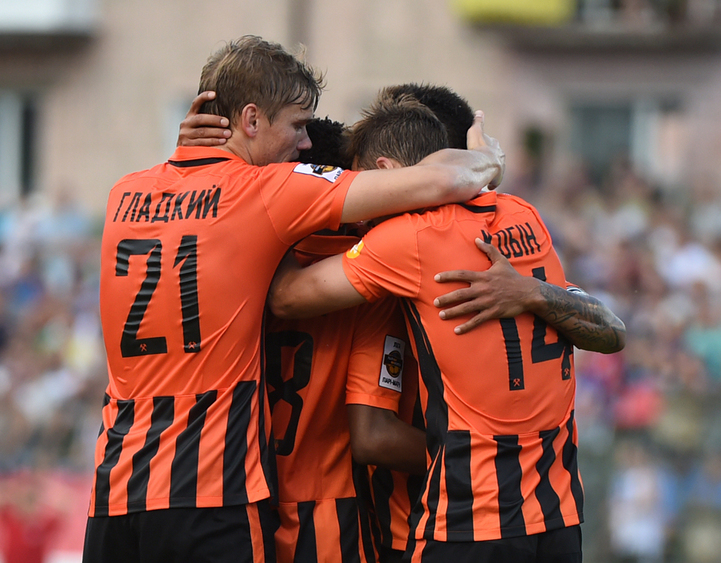 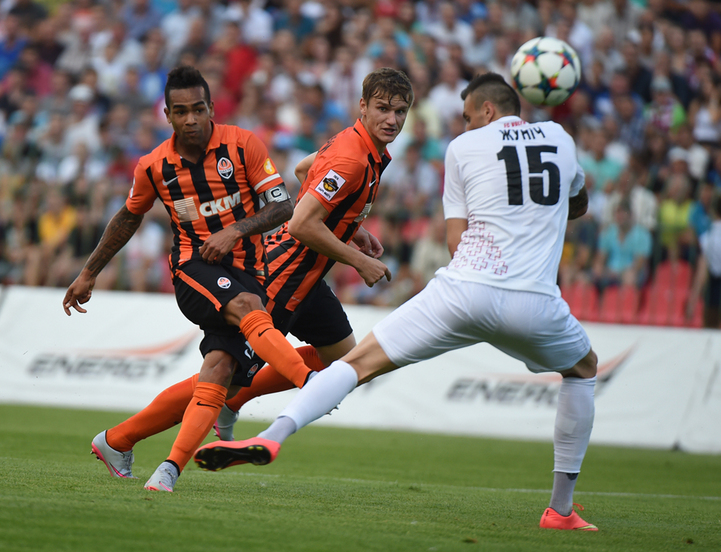 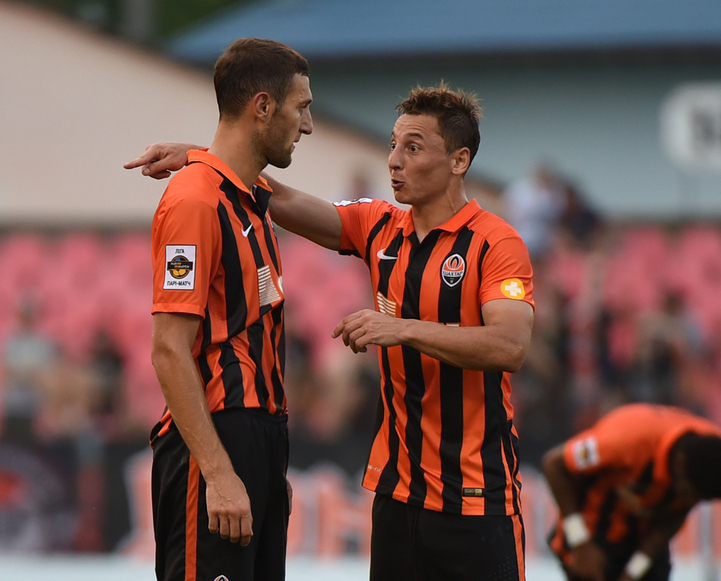 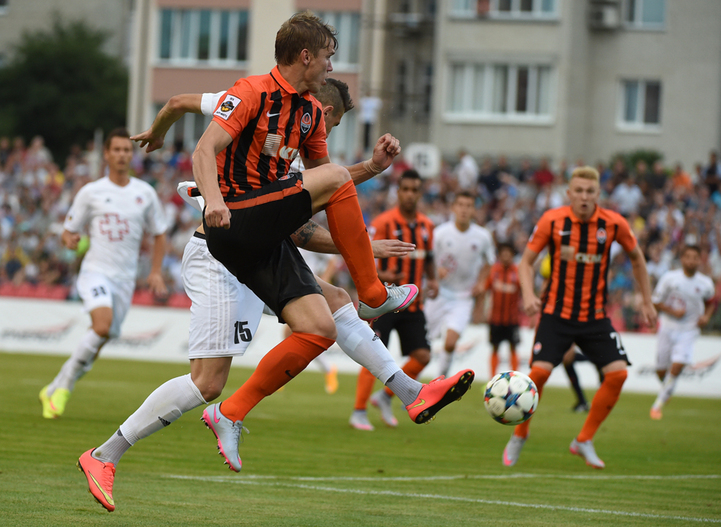 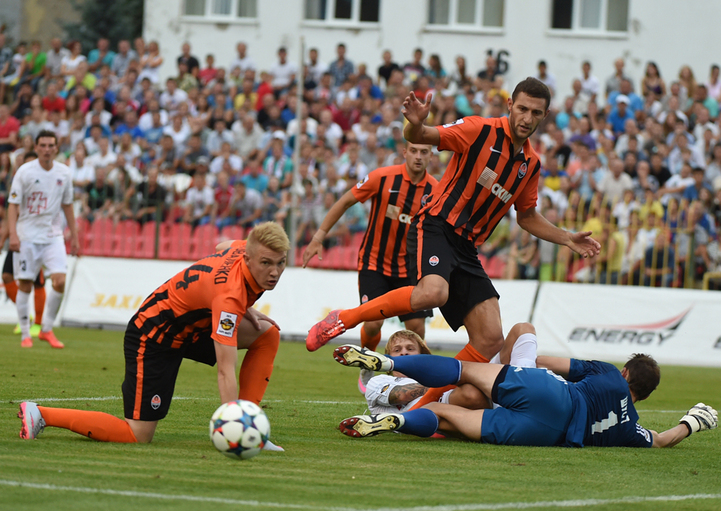 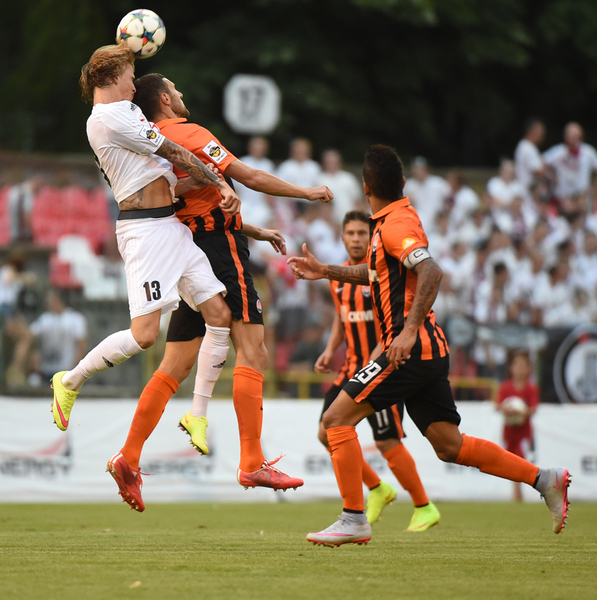 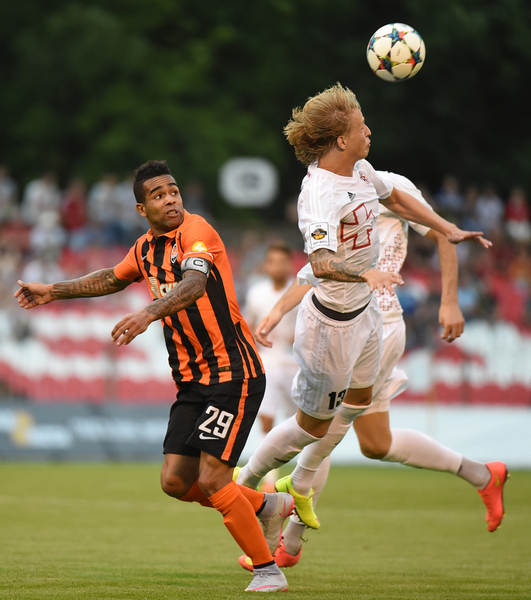 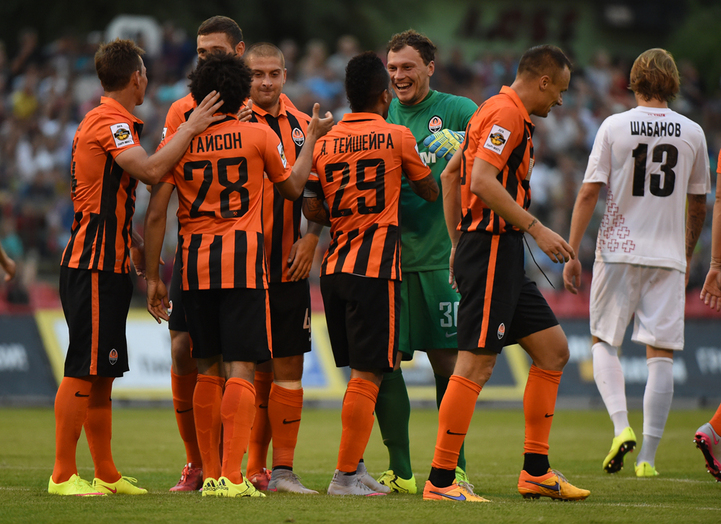 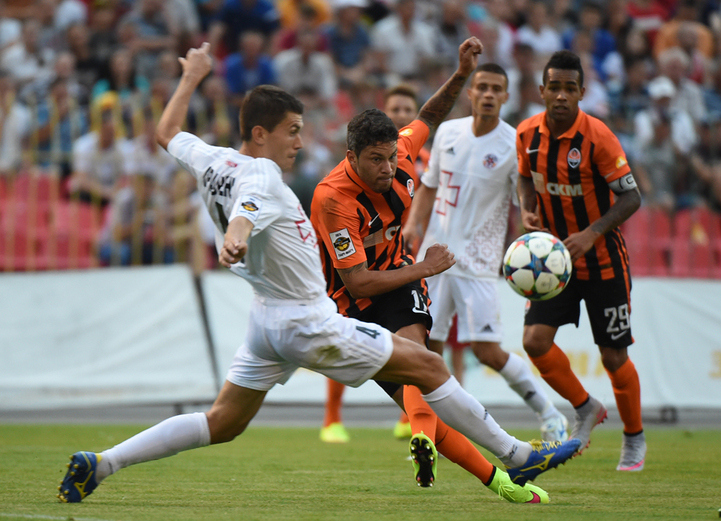 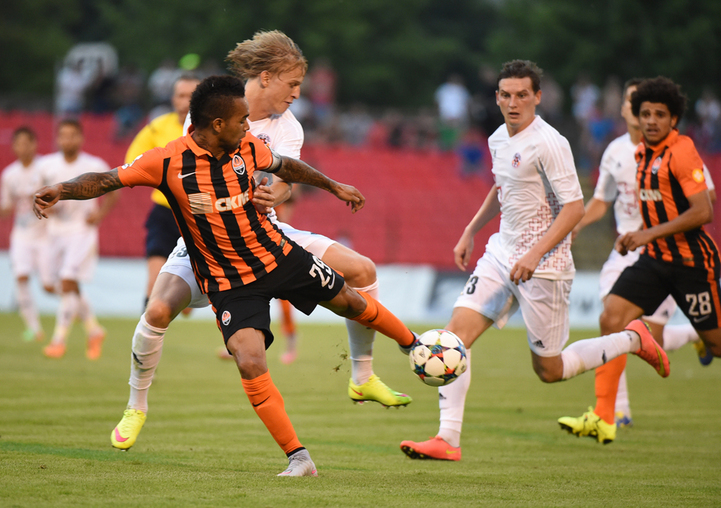 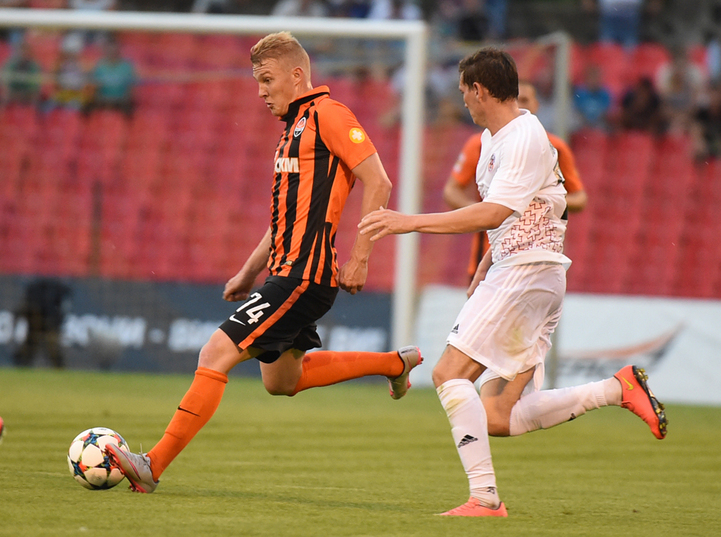 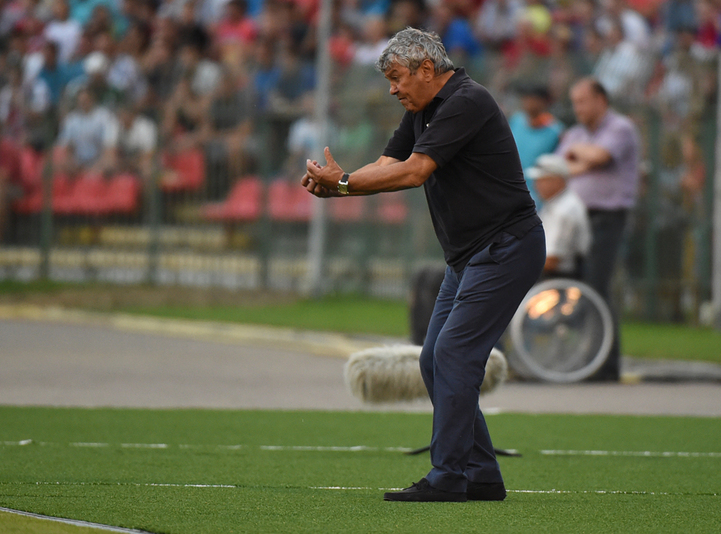 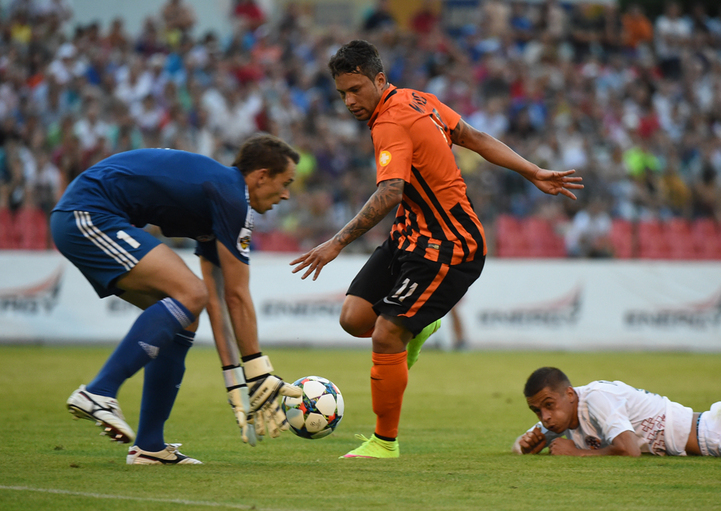 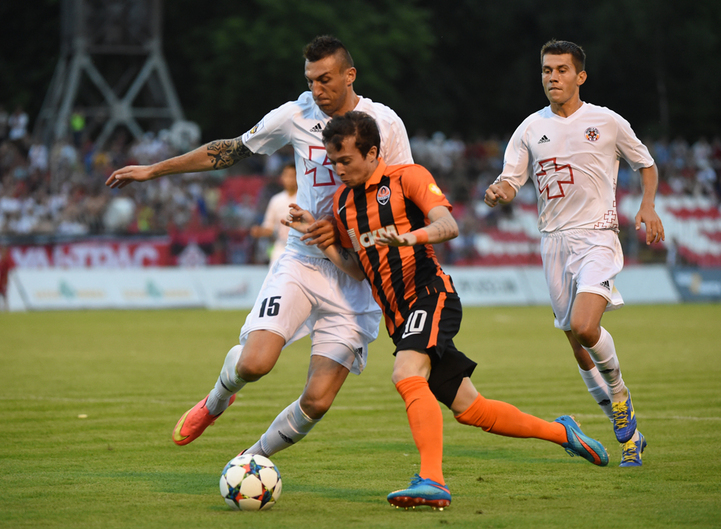 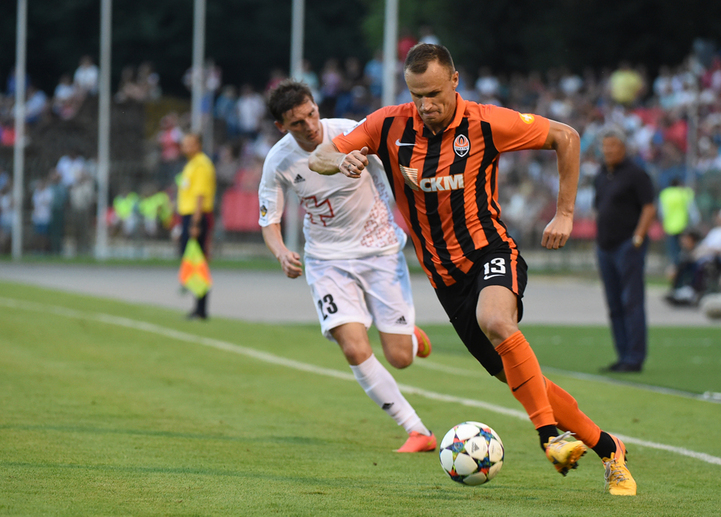 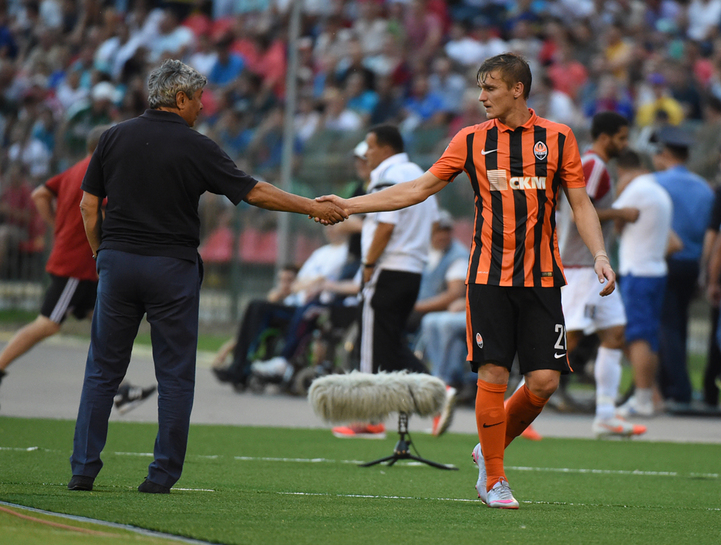 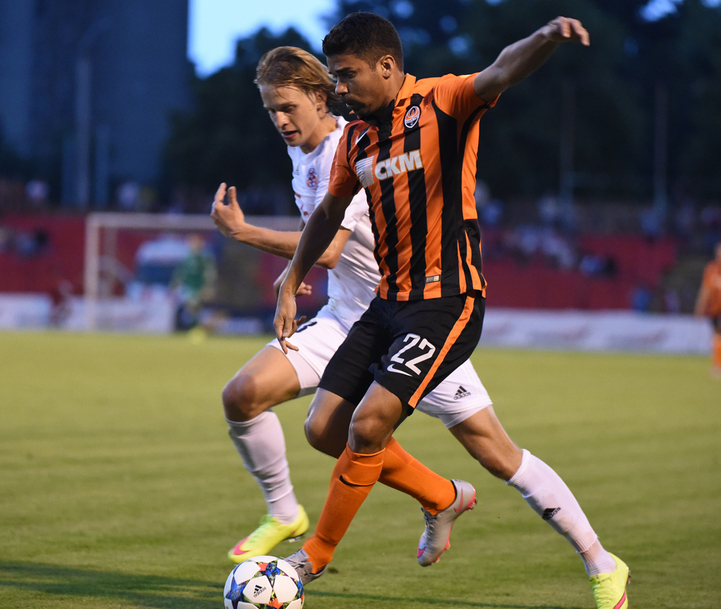 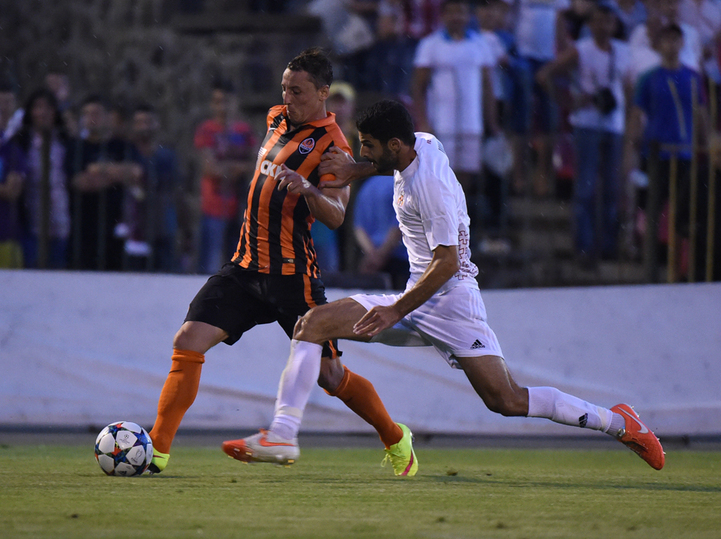