In the U19 Ukrainian League MD16 game, Shakhtar met with Mariupol-based Illichivets.

- Of course, we hoped for a different result when traveling to Mariupol. But we still have matches in the championship, in which we plan to take maximum points. Because our position is not the third or fifth, or even the second place. We should always be the first! Of course, we are dissatisfied with today's result. Our opponents are in the last place, and for a team like Shakhtar it is unforgivable to achieve this result with them. Thank God that we managed to score: I now have a very difficult time, I have little match practise. Of course, I am pleased to have scored today, but it would have been better if our team had won. In general, it is much easier to play when you are in shape, when you play on the fourth day or every Sunday – it is so much easier. Therefore, in some way a break in the championship, and this long journey affected today's result. But we have to forget about the game with Illichivets. Everyone must realize that we should avoid it nex time. I believe that in the next match, with Oleksandriya, we will prove that Shakhtar are stronger. We will fight for the first place.

Shakhtar opened the second round of the U19 league with the match against Illichivets. Let us remind you that in the first round match the Pitmen defeated the Azov side 3-0. The team of Serhiy Kovalyov arrived in Mariupol after a winning streak of four games, while Illichivets remains to be one of the league underdogs.

Despite the visitors status, Shakhtar started the match in a host-like manner, creating some great chances in the opening stages of the game. Dmytro Topalov sent the ball into the top corner, with Ihor Sukhanynskyi shooting from close range – on both occasions Mariupol were rescued by their goalkeeper. Artur Avahimyan also failed to score one after his ball went just inches wide of the goalpost. Having withstood the onslaught of Donetsk, Illichivets converted their only chance. On 30 minutes, Ihor Baidaluk shot from outside the box, a little bounce to the side distracted Mykyta Romanov, and the ball hit the far corner to make it 1-0.

After the break, the Pitmen managed to recover their performance. A new impetus to the attack was given by the substitution players. The attacking spearhead Orest Tkachuk equalised in the 58th minute. The striker produced an excellent volley following a cross by Volodymyr Grachev to make it 1-1. Immediately afterwards, Topalov might have put Shakhtar in front. The hosts were initially rescued by the goalkeeper, with the second attempt hitting the crossbar. The Pitmen were clearly focused on victory and might have snatched it at the last minute. Tkachuk proved to be the quickest in the penalty area, but the ball was once again denied by the Illichivets keeper, and in the return attack Mariupol striker Vyacheslav Sadovskyi failed to find the back of the net from close range.

As a result, they drew 1-1. Shakhtar are to play their next U19 league game on November 22 against Oleksandriya. After that, the team of Serhiy Kovalyov will be facing the crucial UEFA Youth League game vs Real Madrid.

- We expected a different outcome of this meeting, but the current result is logical. Today was a complete contrast to what we have shown in previous matches against Malmo and Skala. Although we knew in advance that it would be tough, we prepared the guys for fighting. Apparently, the team just misunderstood it. Our players thought they could go out and get a positive result without trying their best. This is the main reason why we lost points. I do not think that the league break affected us in any way, rather, it’s all about the lads’ attitude. At the pre-match setup session, we warned them that they wouldn’t be able to achieve a positive result without giving their all from the first to the last minute. The coaching staff have made certain conclusions. We still have two days to prepare for the next match against Oleksandriya, we will try to correct the mistakes.

- Of course, we hoped for a different result when travelling to Mariupol. But we still have matches in the championship, in which we plan to claim the maximum number of points. Because our spot is not the third or fifth, not even the second. We should always be the first! Of course, we are dissatisfied with today's result. Our opponents sit in the bottom spot, and the team like Shakhtar mustn’t have this result against them. I am grateful to the Lord that I managed to score one: I currently undergo a very difficult time as I play little. Of course, I am happy to have netted one, but it would have been better if our team had won it. In general, it’s a lot easier to play on a regular basis, when you play every fourth day or every Sunday – it makes it so much easier. Therefore, in some way the league break and this long journey affected today's result. But we must forget the meeting with Illichivets. Everyone must realize that this must not happen again. I believe that in the next match, against Oleksandriya, we will prove that Shakhtar are a stronger side. We will be fighting for the top spot. 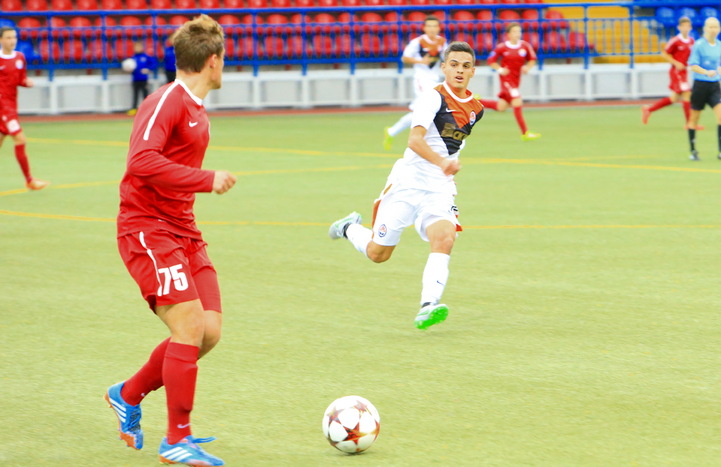 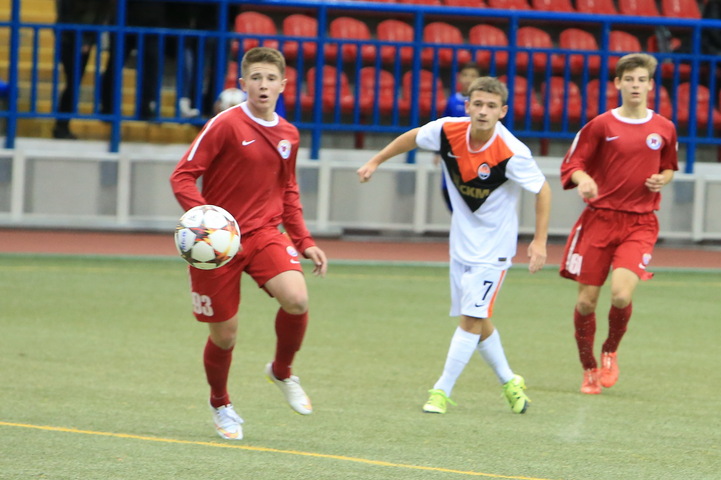 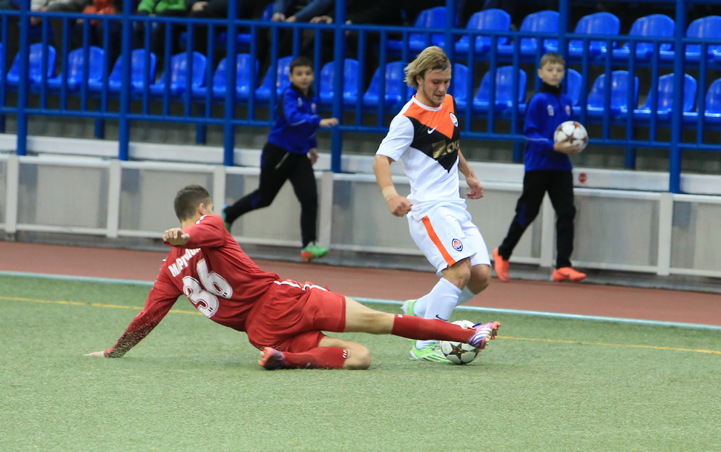 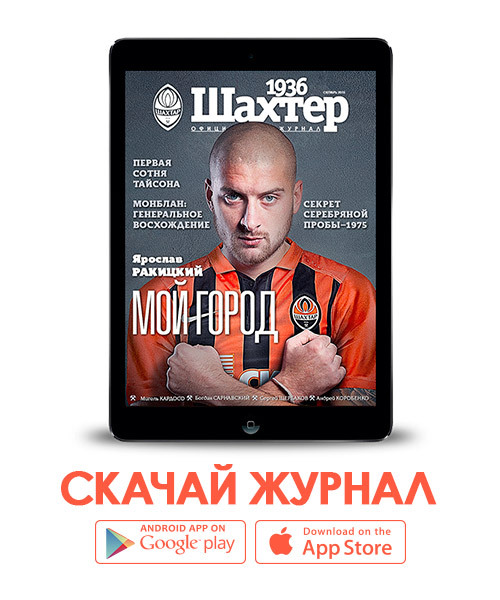 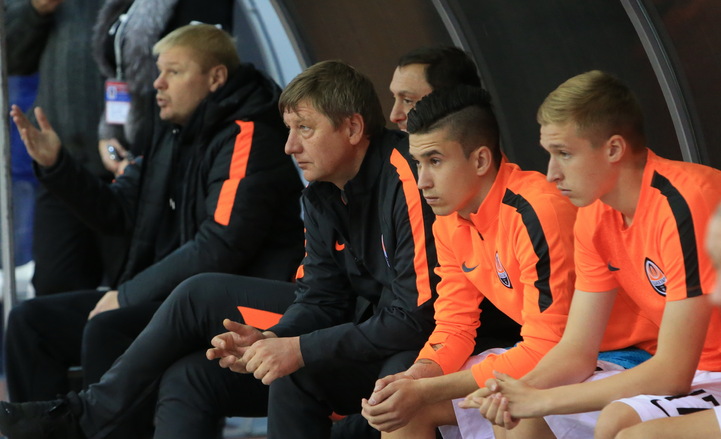 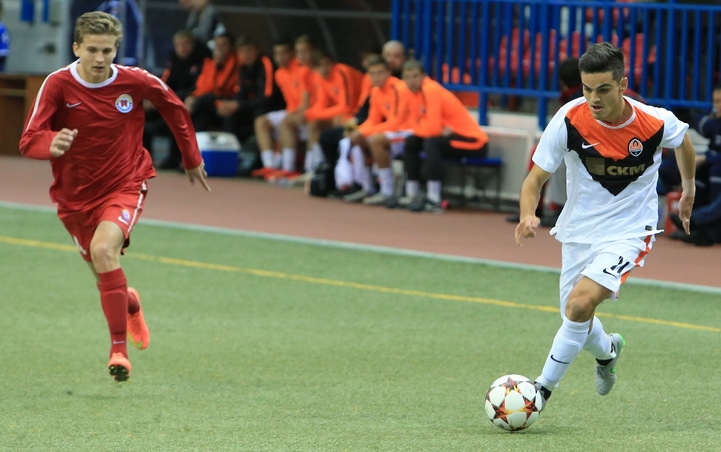 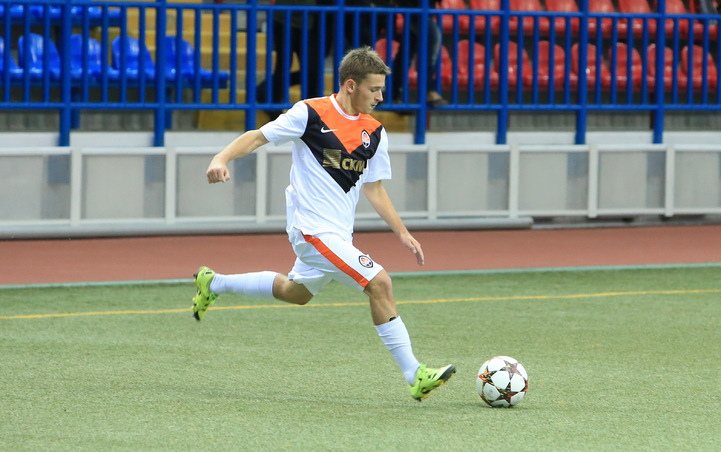 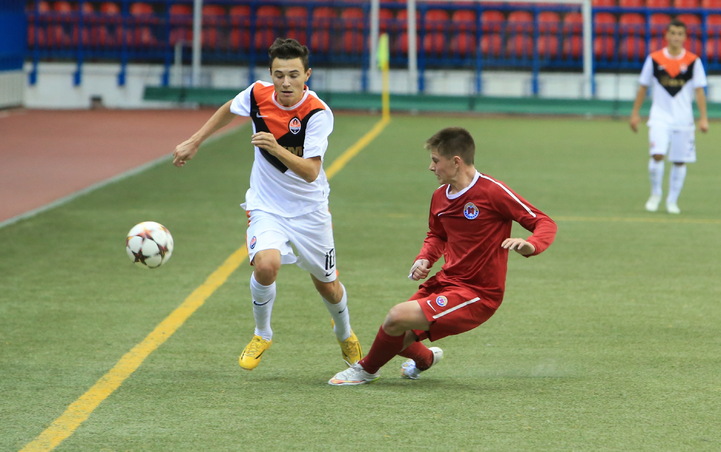 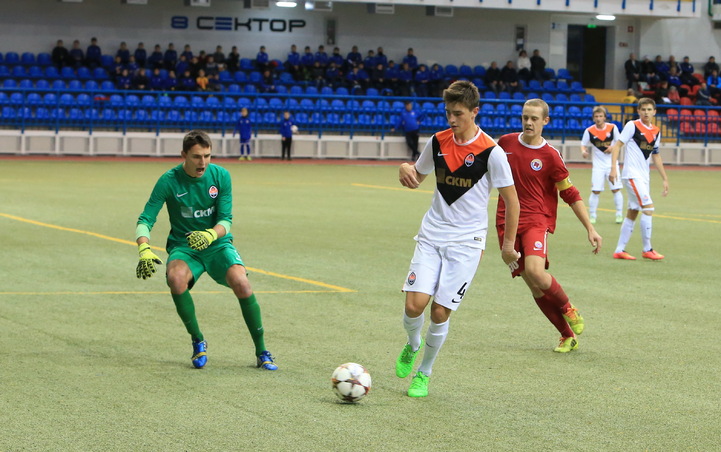 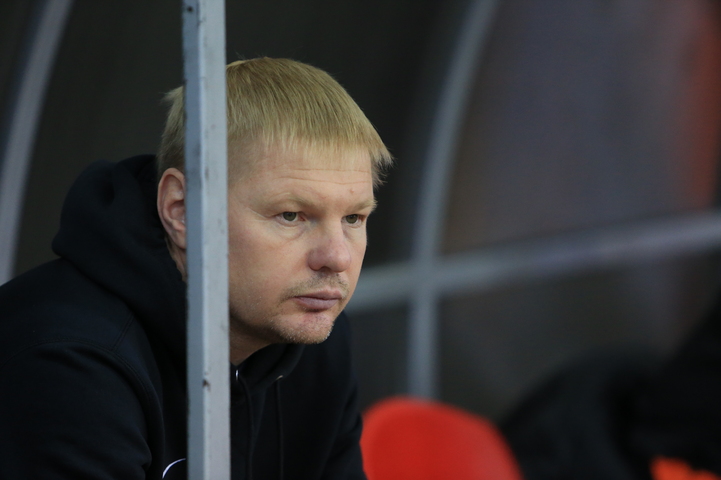 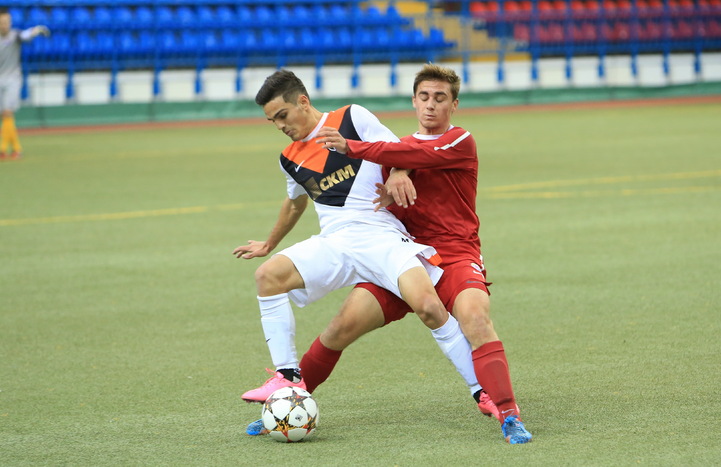 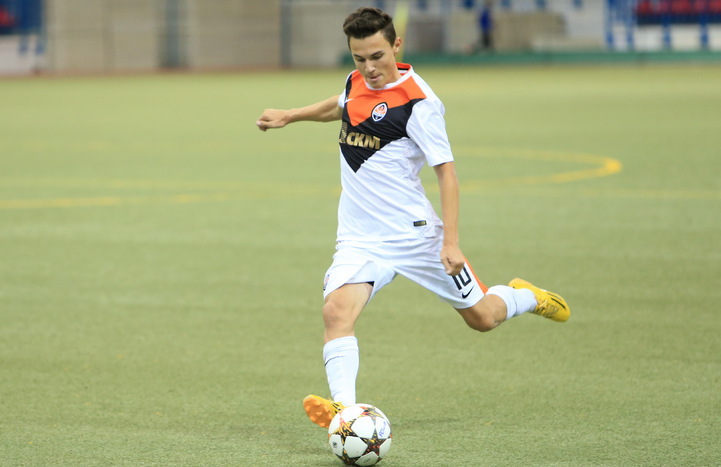 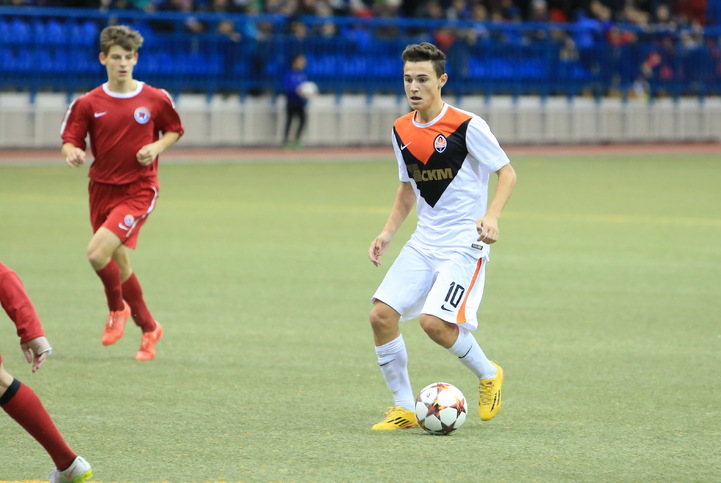 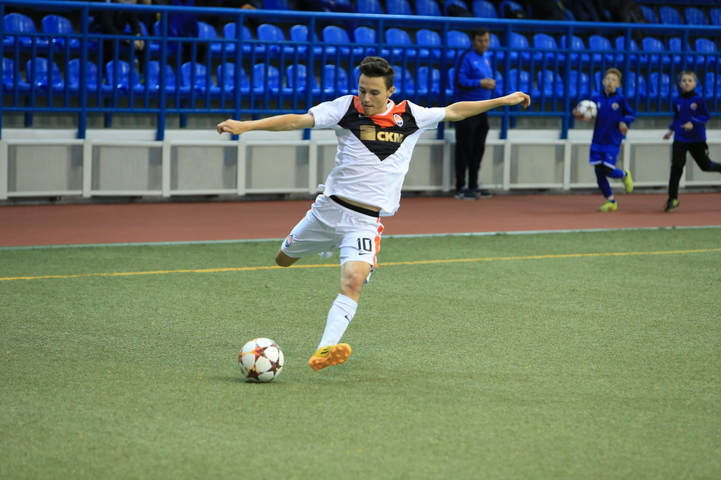 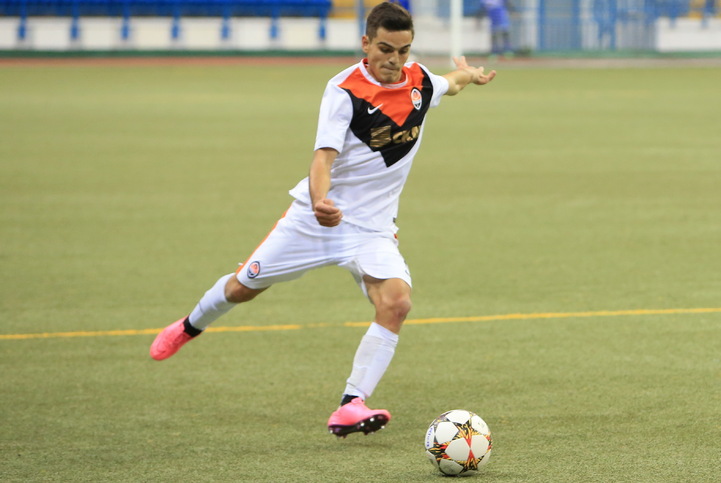