Mircea Lucescu: We have to dictate rhythm and trajectory of game

Shakhtar’s head coach has granted a press conference ahead of the match with Malmo.

- Mister, would it be true to say that two games with Malmo will be of the playoffs’ importance?
- I do not think so. The team, who will win in these two matches, can even think about advancing from the group. Why not? We lost two games, not only because of our errors. Serious mistakes were also made by the referees, who officiated those matches. We showed the same type of game in the last league match against Dynamo, and did not make any errors at all. Tomorrow we will play against good opponents. Malmo looked as a very organised team in matches against PSG and Real Madrid. We analysed those games; I liked them. If Malmo had been bolder, they could probably have done better. First of all, tomorrow will see the match for third place and qualification for the Europa League. But I repeat once again: if one team win both games, they will have a chance to compete for a spot in the Champions League knockout stage. Of course, Real Madrid’s and PSG’s advantage lies in the fact that they face each other only in the third round, that is, they have not lost points in matches with us and Malmo. Not everything is over yet.

- Taison is injured. How will it affect the mood of the team?
- We have enough players who can replace both Taison and other players if something happens with them.

- Why did you not take Vyacheslav Shevchuk with you?
- I decided to take the players that I will need in the match with Malmo. If a player makes crucial errors in such a team as Shakhtar, he loses a first-team spot, and then he waits for his chance. Ismaily played well in a friendly game with Konyaspor and therefore played the next match with Dynamo. Azevedo and Shevchuk committed serious errors in the games with Real Madrid and PSG.

- In the Champions League, Malmo play defensive football. Is it comfortable for you to play against such teams? You have a good experience in the Ukrainian league, where almost all teams deploy defensive football against you...
- I do not think that tomorrow Malmo will act in such a way: sit deep in their half of the field and defend the way they did against Real Madrid and PSG. Their system of game will surely change: it will be the system that they use in the Swedish league – a more attacking one. Perhaps the opponents will think more about the attack. They have enough good players to conduct attacking moves. Good results were achieved in the qualifying round: it was not easy to overcome Salzburg and Celtic. Probably they will prepare in the same way for the match with Shakhtar too, without fear. We have sufficient Champions League experience, we will try to find the best options to control the game and win.

- What do you think, what are the strengths and weaknesses of the Swedish team at the moment?
- I would not like to discuss Malmo and their weaknesses. I have to think about my team. I saw how they play. I know this team well, all the players. Similarly, they know what team Shakhtar are like. We faced Rosenberg in Istanbul in the UEFA Cup final. We know him as a great player. I know everyone else too. Adu also played against us as part of Nordsjælland. The team have a large number of foreign players of various level. They play Scandinavian physical football, while at the same time this team are quite skilful. I think we can expect a spectacular match between teams with different interpretation of the game.

- Malmo’s players, who gave exclusive interviews, were saying that Shakhtar were favourites. Can such compliments to Shakhtar, Rakytskyy and Bernard in particular, psychologically affect the team, make it complacent. And the second question: what does the 100th match in the Champions League mean to you?
- Firstly, I have 126 Champions League games under my belt, not 100. The UEFA did not take into account the qualifying rounds. There have been games with Inter, Bruges, Fenerbahce, and many other clubs... It is clear that the top clubs do not take part in the qualifying rounds, so it is easier for them to reach one hundred-match mark. We, the teams from Eastern Europe, sometimes participate in the qualifying rounds. Therefore, to be exact, now my record amounts to 126 games. As for another issue - in the Champions League one cannot say about favourites in advance. Both teams want to win. Surely there will be a good support at a packed stadium. And I would like the result to be defined by the teams, not from the side.

- Mister, you have experience of facing northern teams, including unsuccessful. Is it possible to compare Malmo to Fulham or Celtic? What difficulties do you face in matches with these teams?
- Yes, it is very difficult to face Scandinavians. We faced Nordsjælland, who tried to play with us deploying the Barcelona style. As for Malmo, this team employ a very different type of game. They are very disciplined tactically, they close down well all areas of the field, they are aggressive during pressing and individual battles, very strong in the areal challenges. We must consider all these factors when preparing for a match. Therefore, we need to control the ball, keep it on the ground. We have to dictate the rhythm and the trajectory of the game! We need to demonstrate all that on the field tomorrow, given our extensive experience. I think that today's Shakhtar are probably stronger than the team that played against Celtic, Fulham and so on.

- Malmo slightly shortened the width of the pitch. Can it really help in practice?
- A normal pitch. I do not think it will affect the game - both its size and quality. There are other elements that define the result of the game.

- Malmo are known to deploy a 4-4-2 formation, which is unpopular in Europe. How special is this formation in modern football?
- In the domestic championship, they use a 4-4-2 formation, but with Real Madrid and PSG they changed their system of play and allowed the opponents to dominate the game. I do not think that tomorrow they will think only about counterattacks, as in the first two matches of the Champions League. The upcoming match will be interpreted by our opponents very differently. Therefore, we expect a very difficult game. 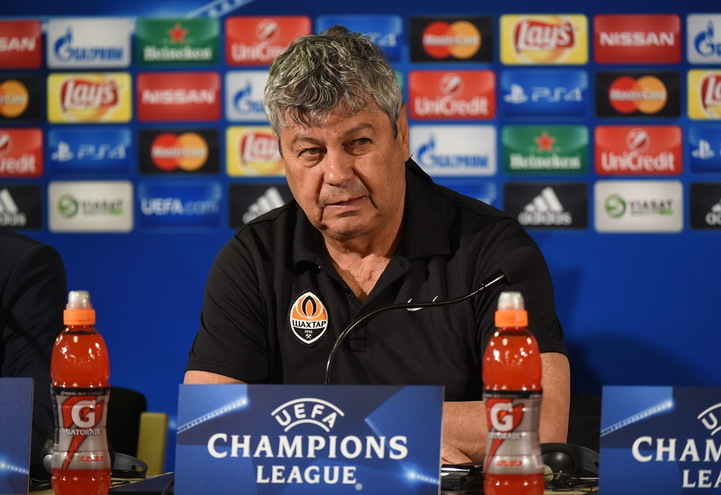 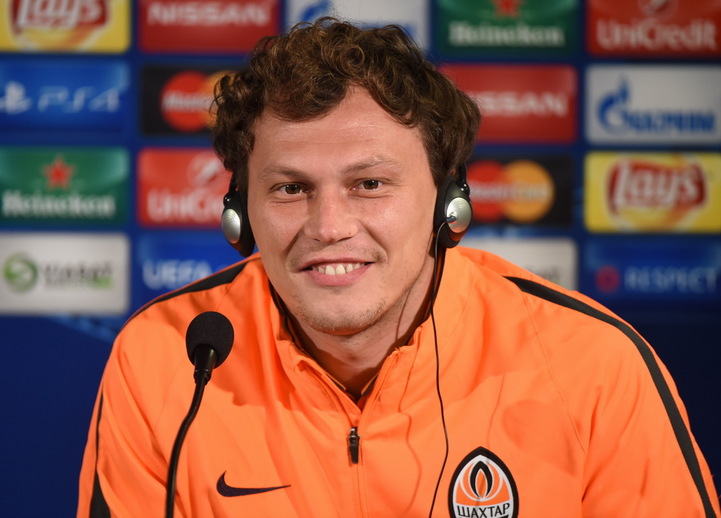 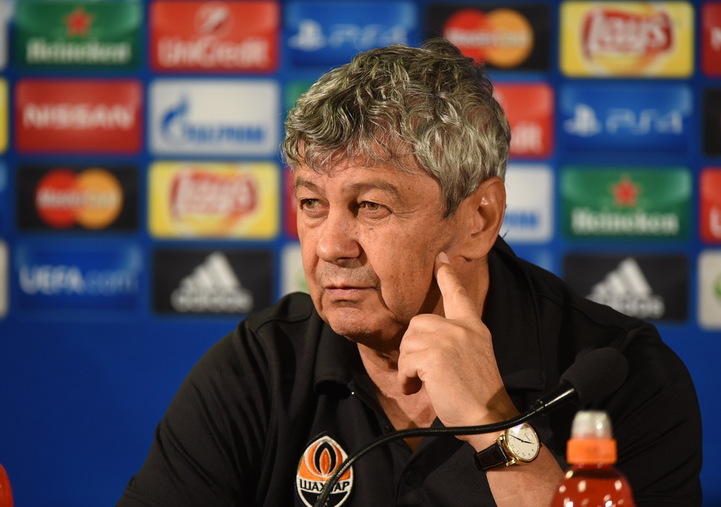 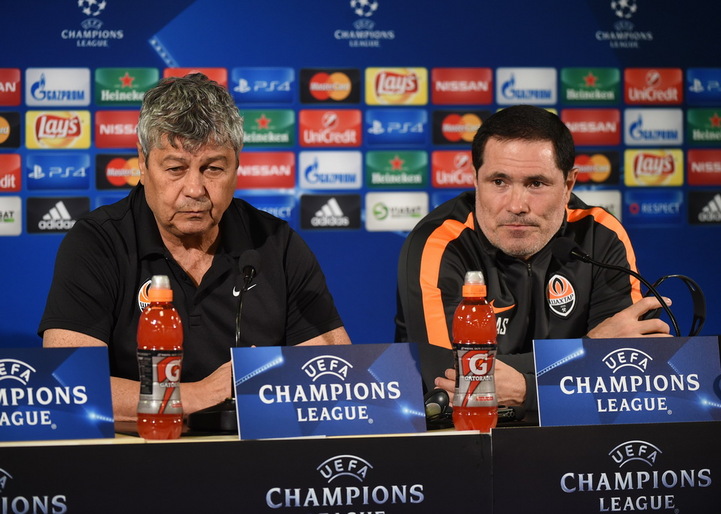 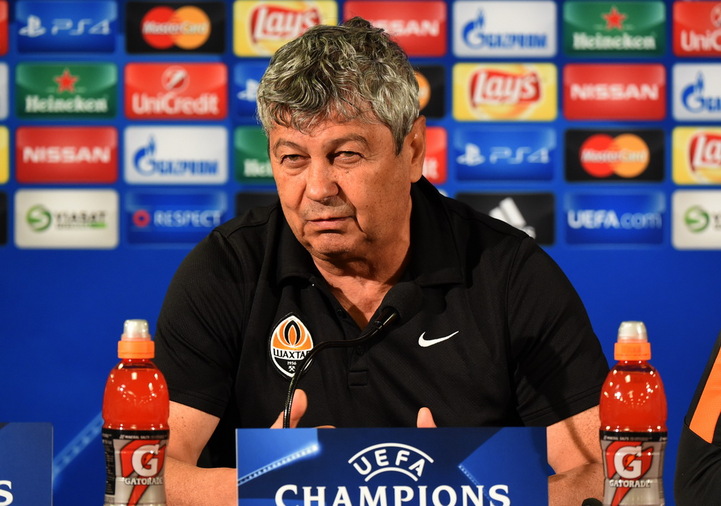