In the home match of the U21 League round 8, Shakhtar U21 met with their Stal Dniprodzerzhynsk counterparts.

After seven wins in the opening rounds, Shakhtar U21 hosted the league’s third team – Stal, who were seven points behind the Pitmen. In this match, the following senior team players were fielded in the starting line-up: Serhiy Kryvtsov, Mykola Matvienko and Ismaily in defence, midfielders Wellington Nem and forward Facundo Ferreyra.

From the opening minutes, the visitors showed good organisation of the game, operating energetically in all the areas of the pitch, including the final third. The Pitmen did not succeed in team work, and it was difficult. Ismaily made a good run from his own half of the pitch into the Stal penalty area, but the defenders cleared his cross to the near post. The league’s top scorer Andriy Boryachuk constantly troubled Stal’s goalkeeper with long shots, one of them flew just wide of the top corner of the net.

By that time, the scoring had already been opened. On 22 minutes, the visitors managed to orchestrate an attacking move through the left flank before Kozak took a shot, and the ball flew into the net following a deflection. In one of the episodes, Stal could have extended their lead, and the Pitmen were reduced to ten men on 39 minutes. After viciously attacked by the opponent, Ferreyra showed dissent because of the referee not seeing a foul committed against our striker. As a result, the Argentine was awarded the red card. Soon Nem was replaced. Before the half time whistle, Boryachuk put Serhiy Gorbunov through on goal, who easily beat Stal’s goalkeeper – 1-1. The Pitmen’s newcomer sealed his debut goal.

After the half time break the tempo of the slowed down a little, there were not many chances. In the opening stages of the first half, the Pitmen’s goalkeeper Yevhen Gritsenko made a confident save by beating away a dangerous shot from the corner of the penalty area. In the following attacking move, Boryachuk made an excellent through pass to Gorbunov, who failed to beat the opposition goalkeeper this time. On 71 minutes, Boryachuk fired a powerful shot from the edge of the penalty area – the opposition goalkeeper parried the ball away. After a couple of minutes, Shakhtar were reduced to nine men – Mykhailo Shyshka got the second yellow card.

Soon Gorbunov got injured and was unable to continue the game. Defender Dmytro Steflyuk, who came on as a sub, had to operate as a holding midfielder. In the remaining time the Pitmen paid more attention to defence but also orchestrated counterattacks. The closing stages of the match proved to be nervous, with large number of fouls. There was only one scoring opportunity: Gritsenko made a brilliant save following a shot from close range, thus not allowing the opponents to snatch a win, and this means that Miguel Cardoso’s charges lost first points in the current league campaign.

The Pitmen got 22 points and keep topping the table. Shakhtar U21 will play their next match on 25 September away at Olimpik Donetsk.

- I don’t make comments regarding referees’ actions. It is important what the boys understood today: in any situations, even the most difficult ones, one needs to fight and show character. I promise that they will do it! We were not good enough in the first half; there are reasons for that. However, the team’s reaction after the half time break was incredible, as we looked better outnumbered; we managed to take control of the game; there were opportunities to score the second goal. When we were reduced to nine men, we showed character and played in accordance with the result, so I am pleased. We put emphasis on players’ development, the boys understand our requirements, and it is reflected in the seven opening games. Today we failed to win, but we left the pitch with our heads up; we fought to the end, and there isn’t really something to criticise the team for. 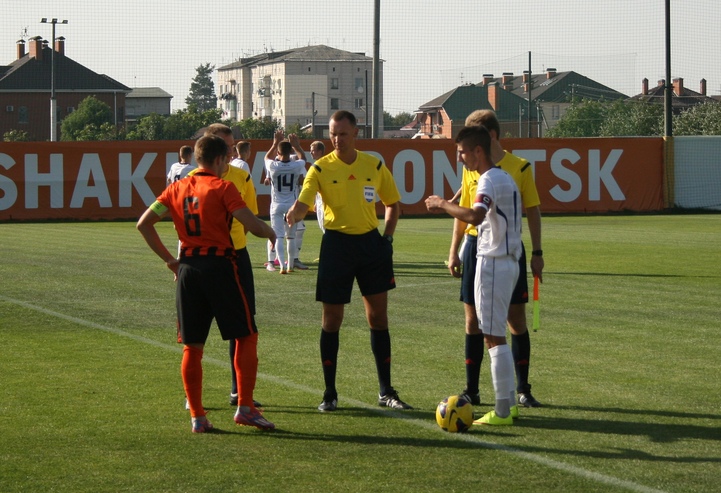 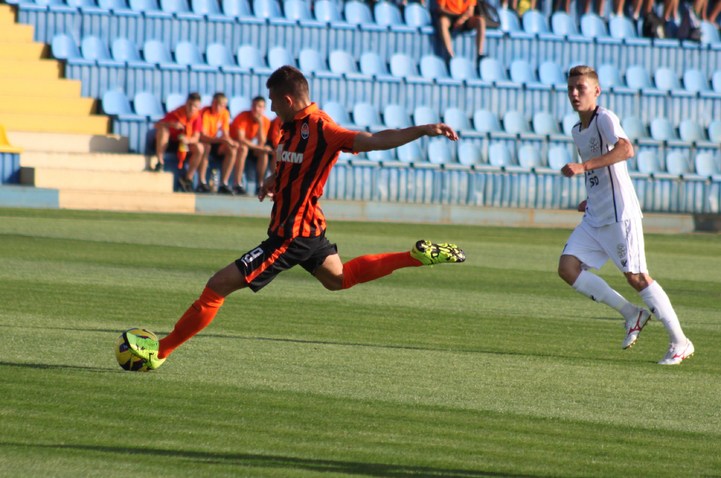 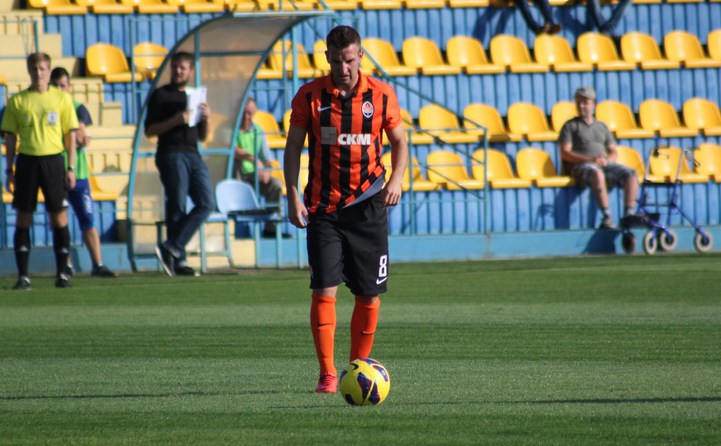 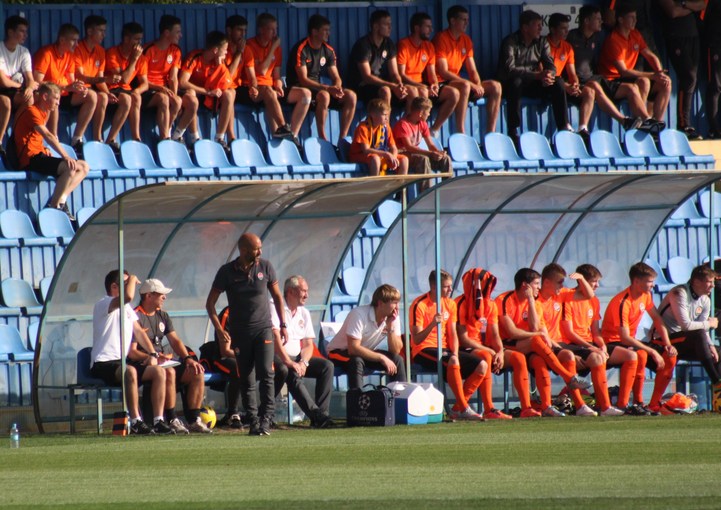 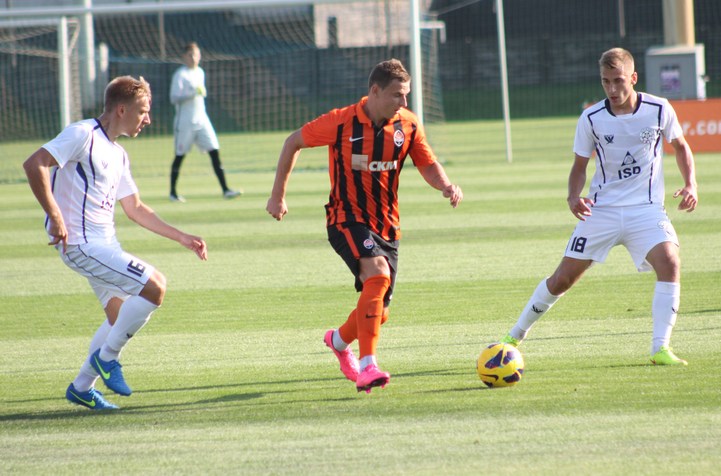 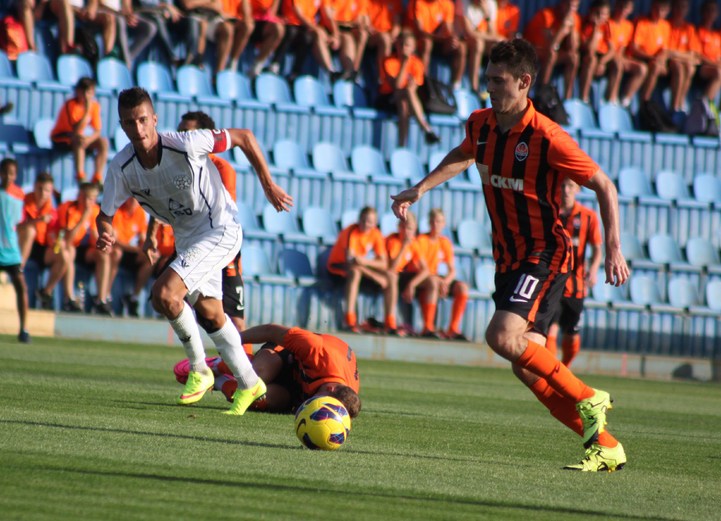 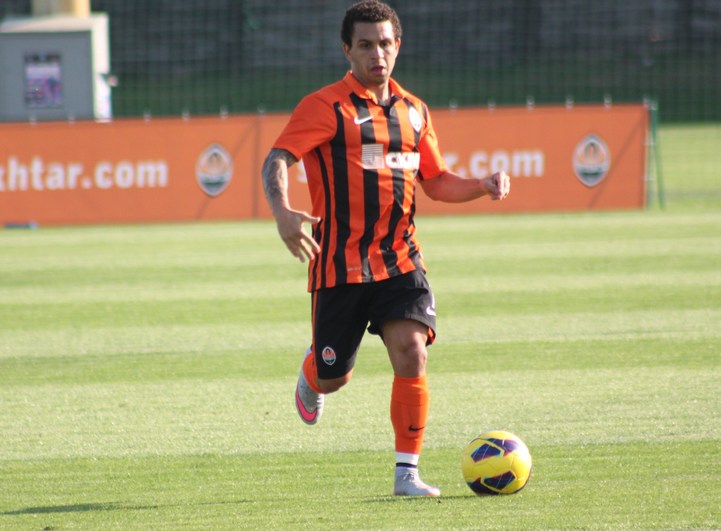 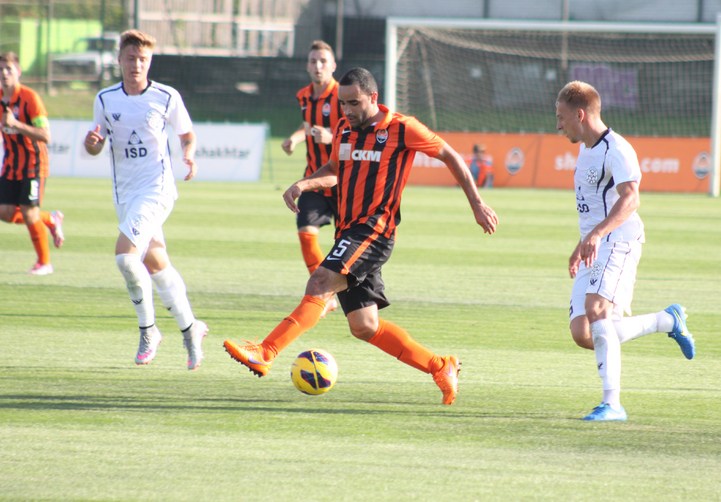 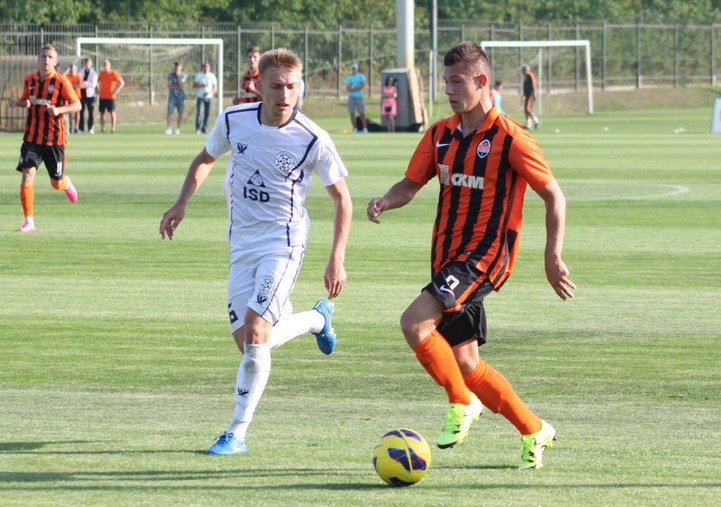 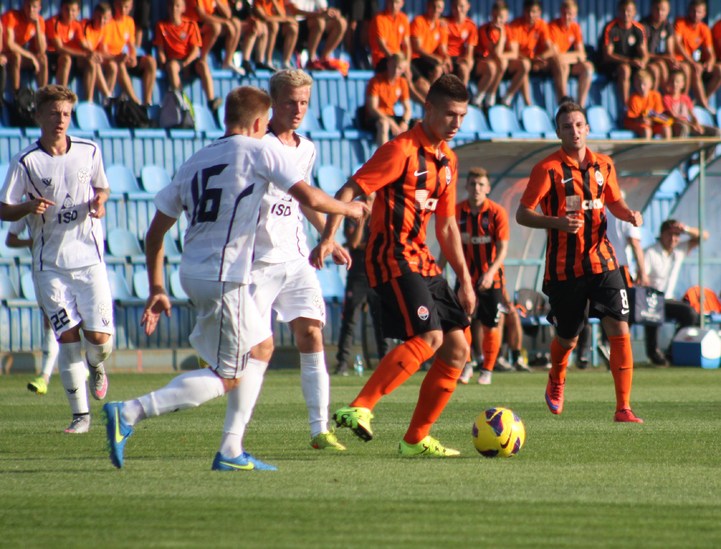 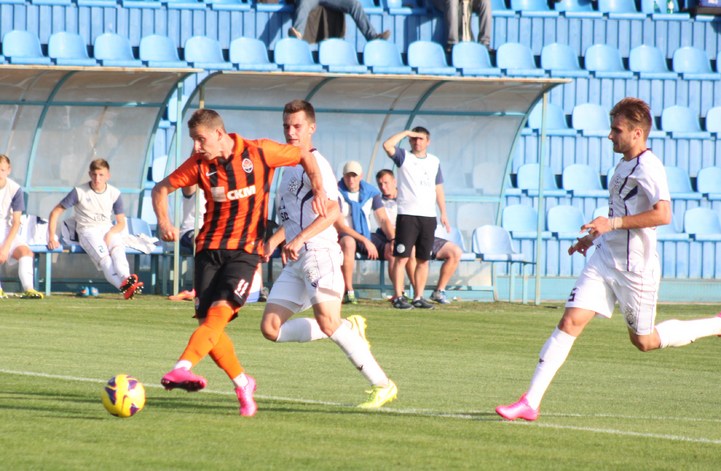 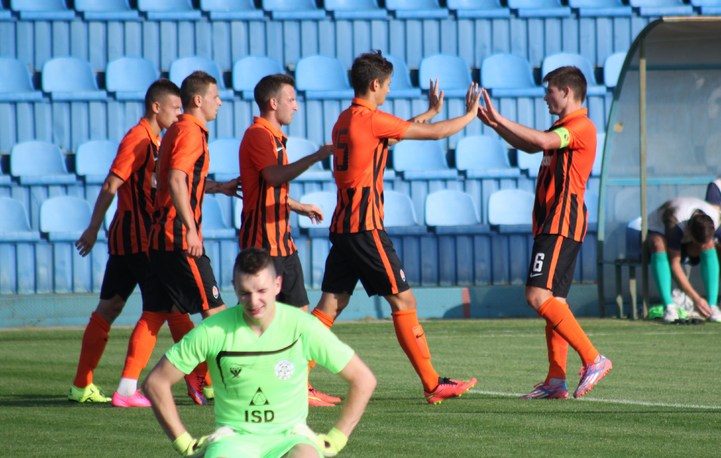 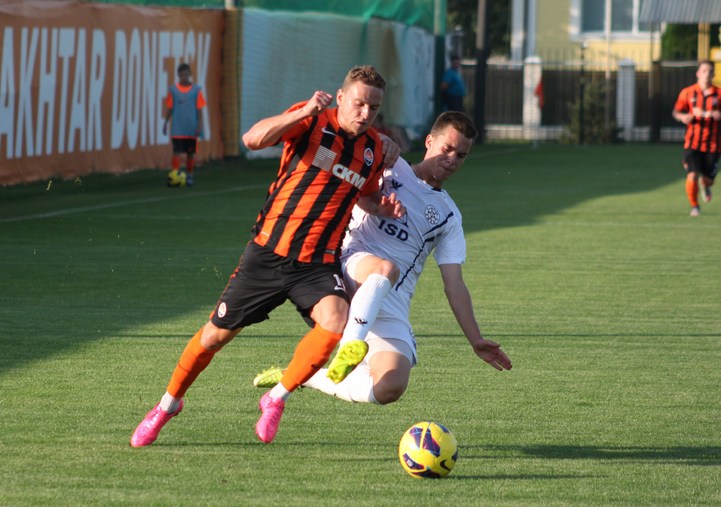 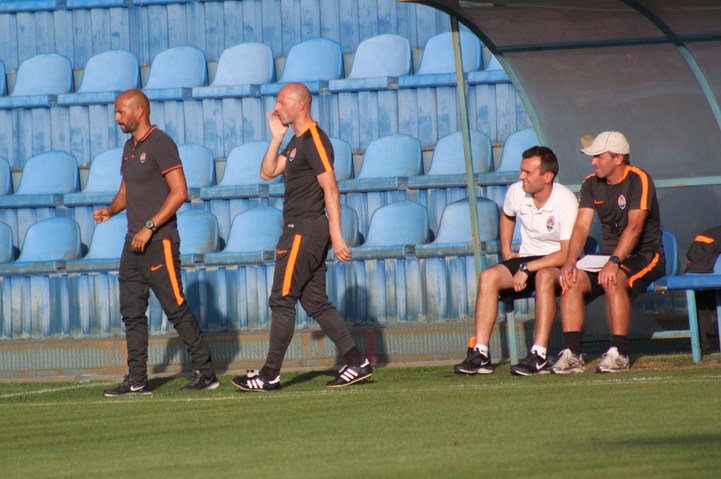 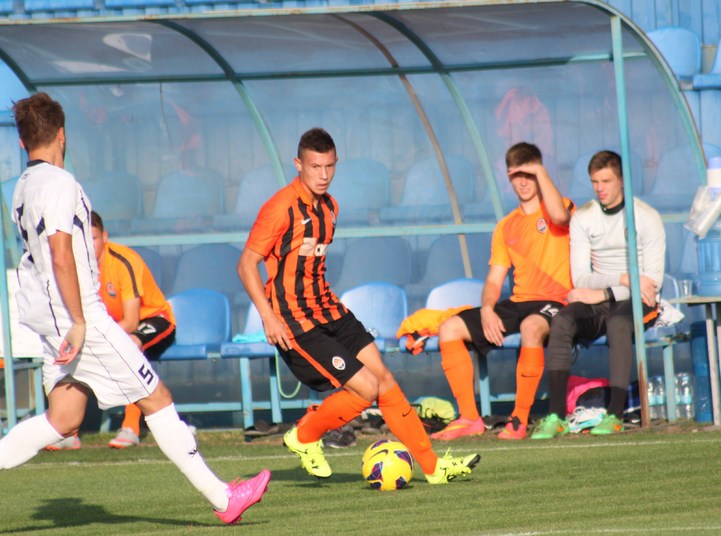 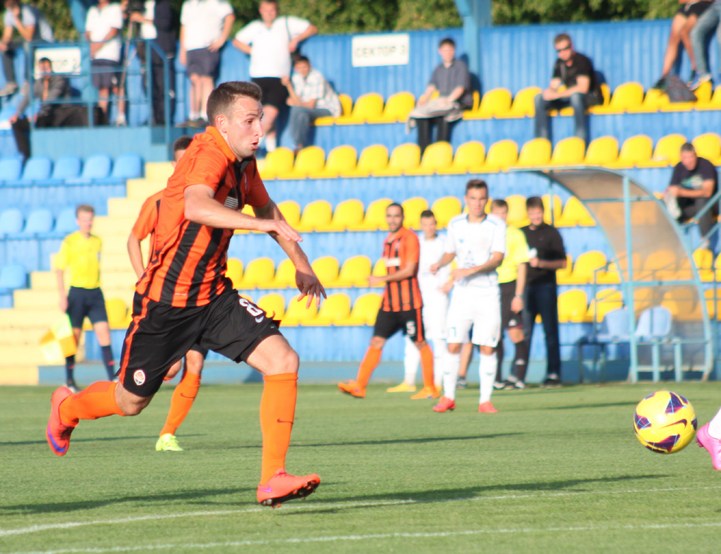 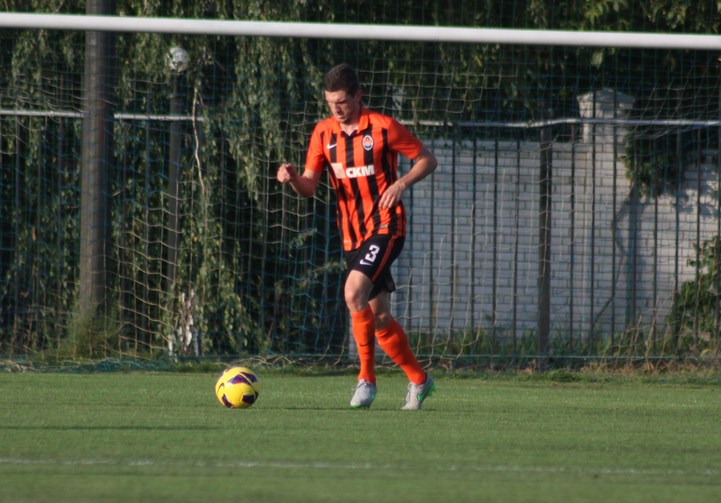 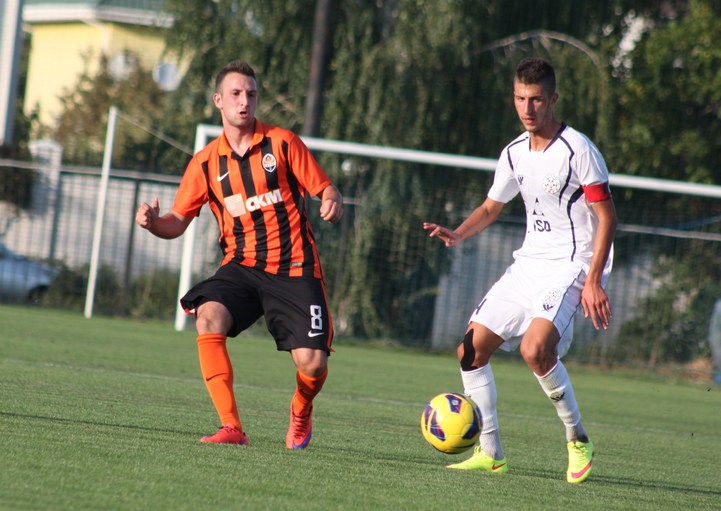 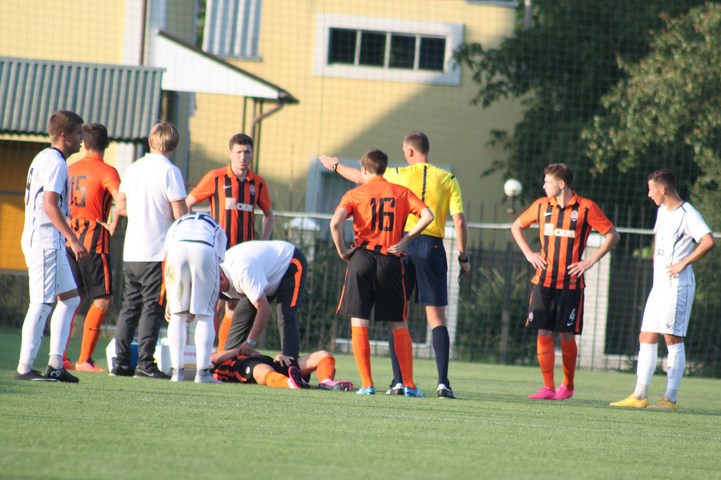 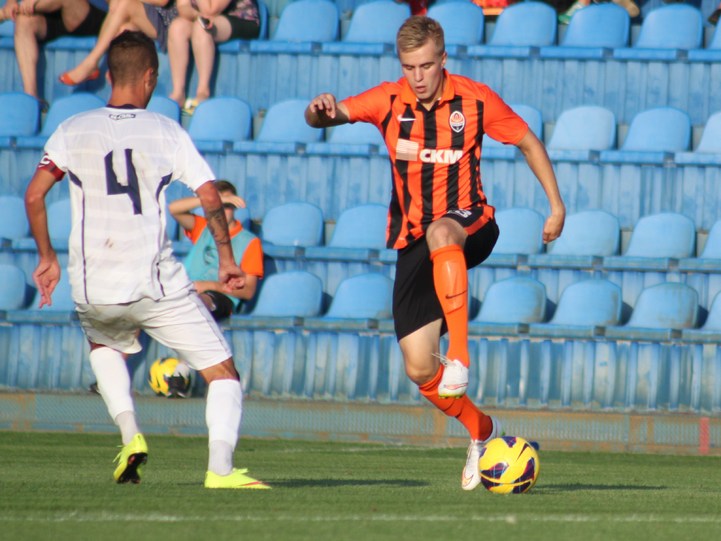 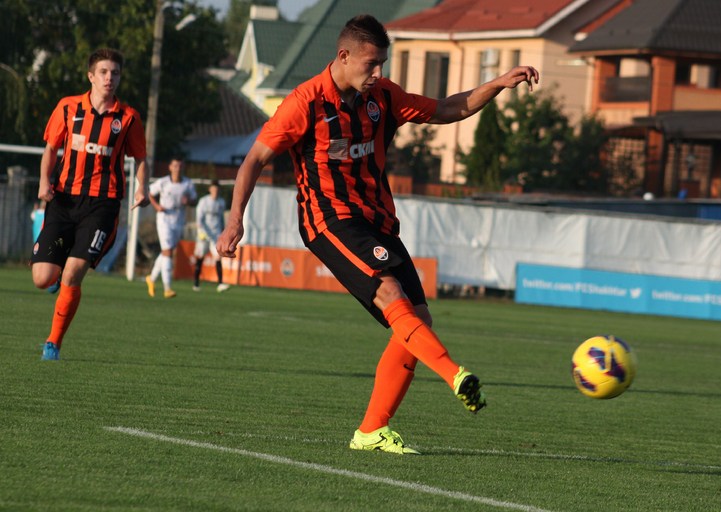 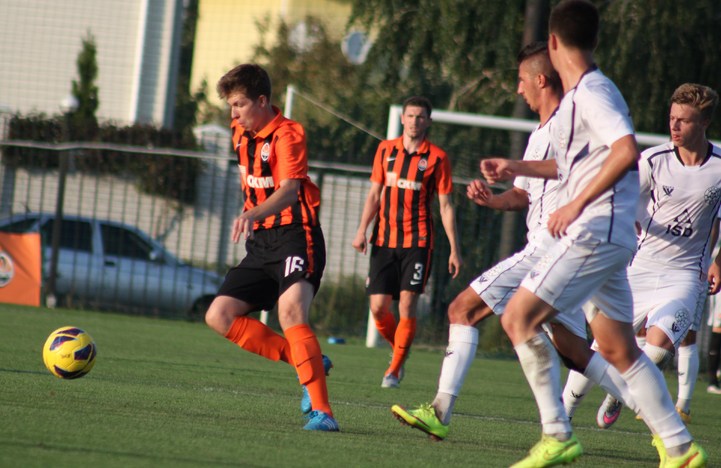 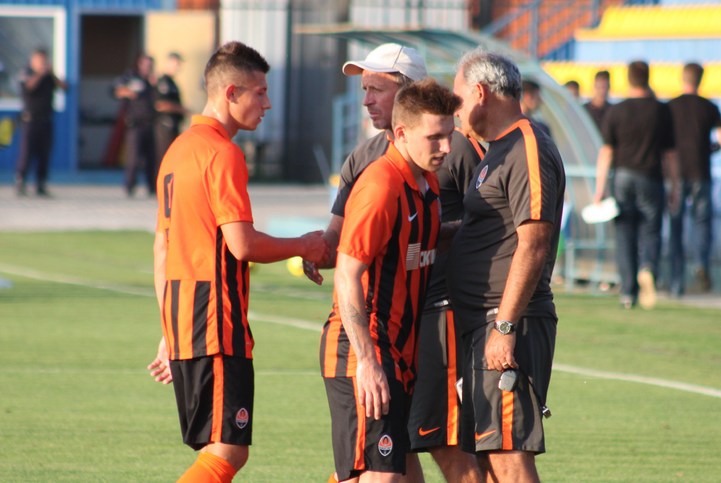 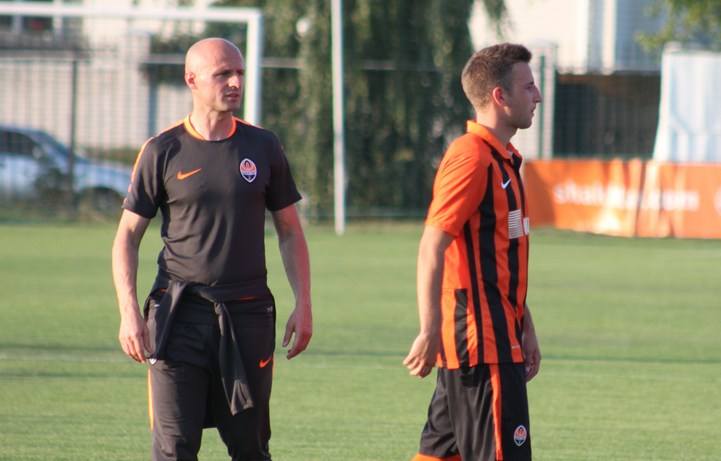