On February 11, the Pitmen played a friendly game against Dacia, Moldova. The game comprised two halves of 30 minutes each.

The last game of Shakhtar at the training camp in Spain was held in the shortened format: two halves of 30 minutes. Compared with yesterday's match, the starting line-up of Shakhtar has changed dramatically, featuring ten new players, as well as Maksym Malyshev. Vyacheslav Shevchuk was entrusted with the captain role.

At the early stages of the meeting, Oleksandr Zubkov raced forward to find himself one-on-one with the keeper, but failed to beat Dacia goalkeeper. After that, the game moved to midfield. The Pitmen possessed the ball more often, with the opponents also trying to prepare their attacking moves thoroughly. One of the shots by Chisinau from outside the box turned dangerous, when the ball went just wide of Anton Kanibolotskyi’s goalpost. In the first half, the scoring was never opened.

During the break, Mircea Lucescu made two substitutions, fielding Taison and Oleksandr Hladkyy. The Pitmen stepped up their pace, some chances were created by Taison and Vasyl Kobin, whose powerful attempt went just wide. On 39 minutes, there was a dangerous free kick: Wellington Nem struck wide, but the goalkeeper of Dacia was alert. Soon, Chisinau’s attack resulted in a goal, when Stepanovic attempted a long-ranger to make it 1-0, with Kanibolotskyi’s jump being of no help. Immediately afterwards, Gladkyy could have scored, but failed to beat the goalkeeper. On 47 minutes the Pitmen equalised: Taison fed Zubkov, who raced along the penalty area and assisted Andriy Boryarchuk to make it 1-1. The closing phase of the match consisted of mutual attacks, with Nem having the most clear-cut chance, but Dacia keeper rescued his team.

So, Shakhtar have completed the Spanish camp, being on their way to Kyiv. Let us remind you that in just a week’s time the Pitmen will play in Lviv the UEFA Europa League Round of 32 first leg against Schalke 04. 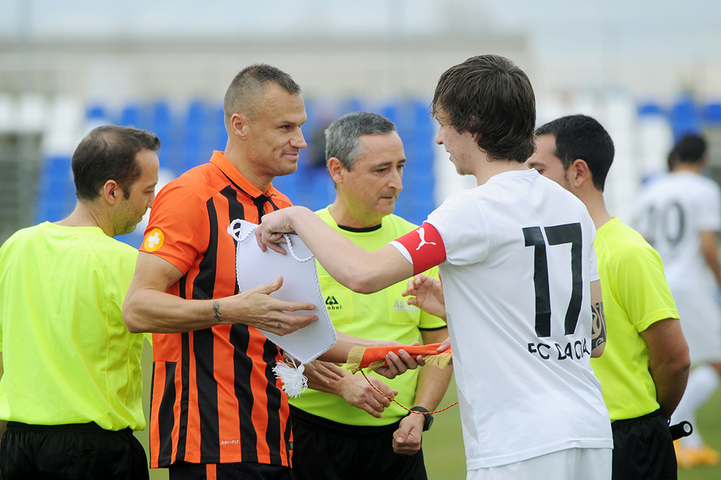 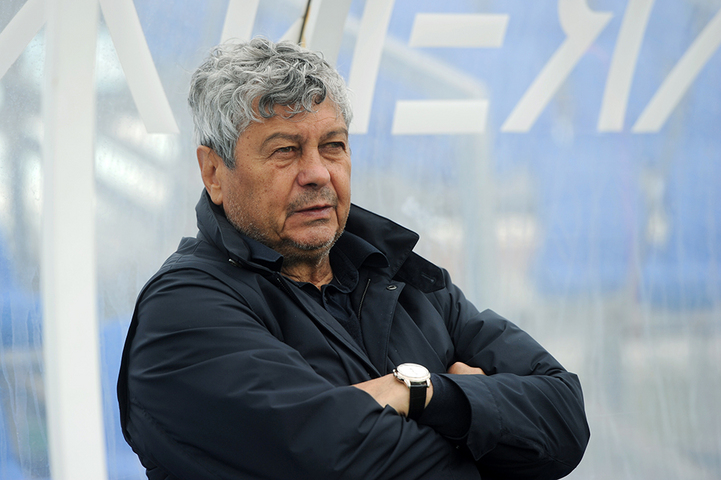 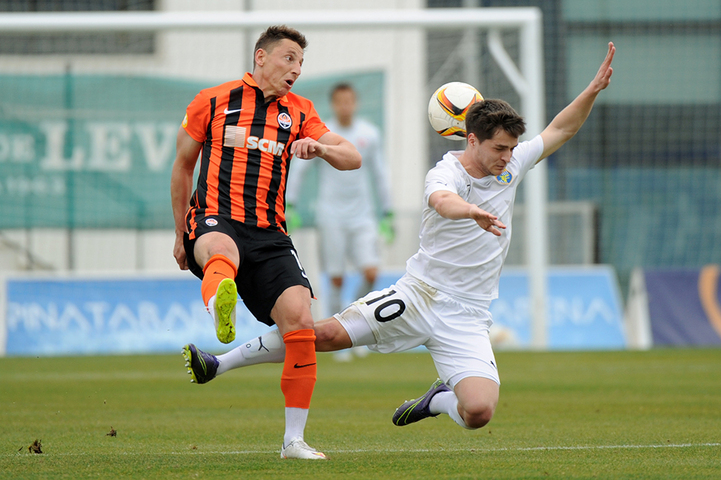 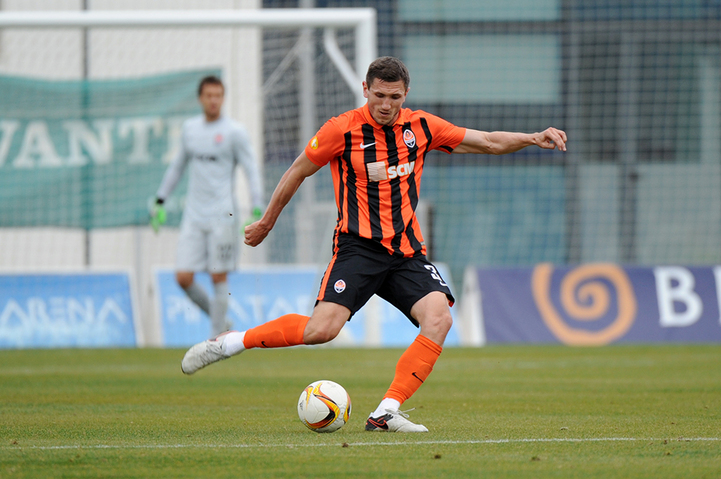 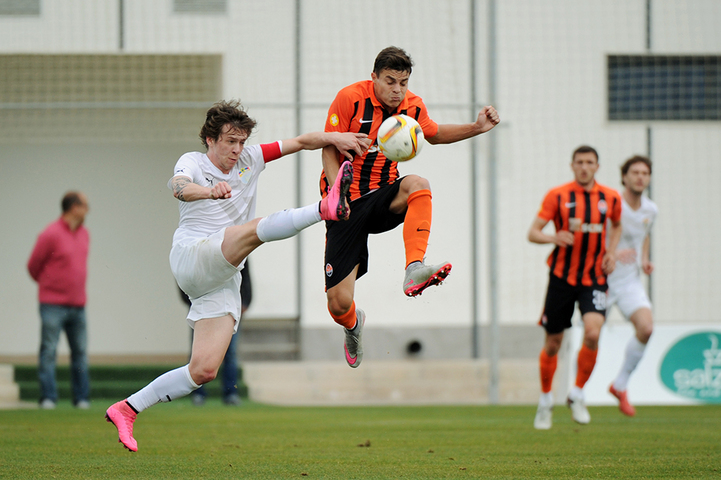 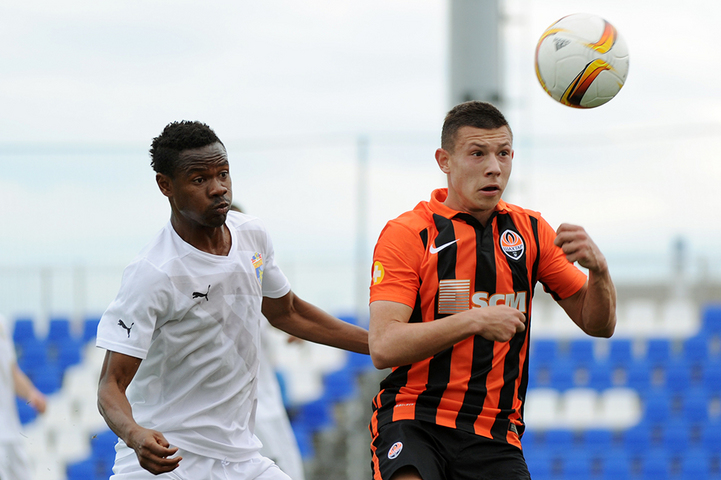 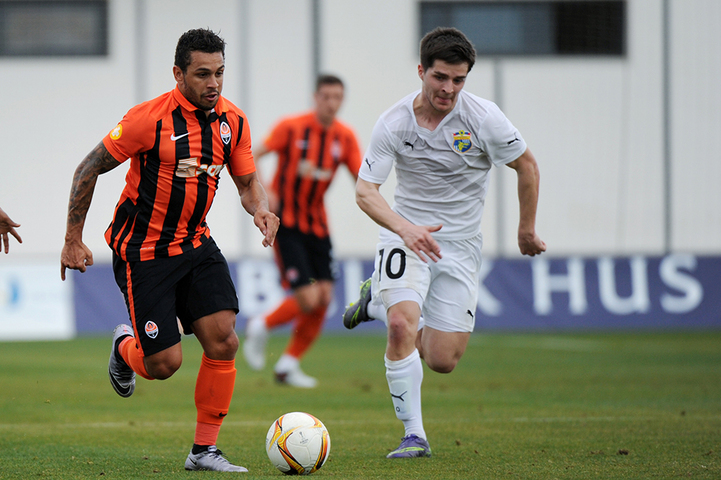 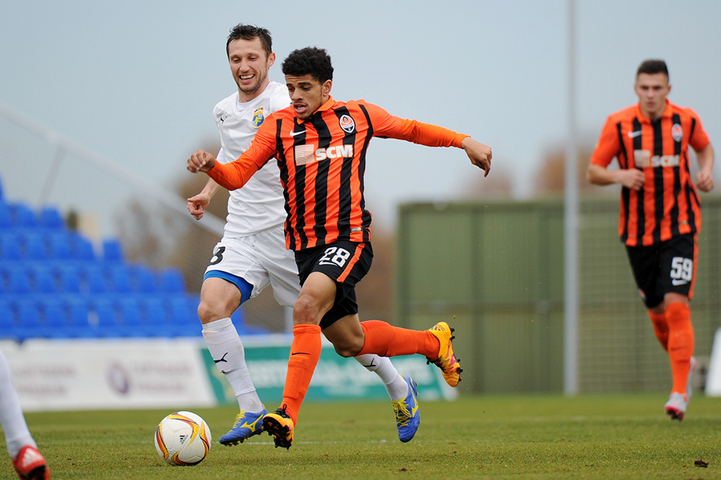 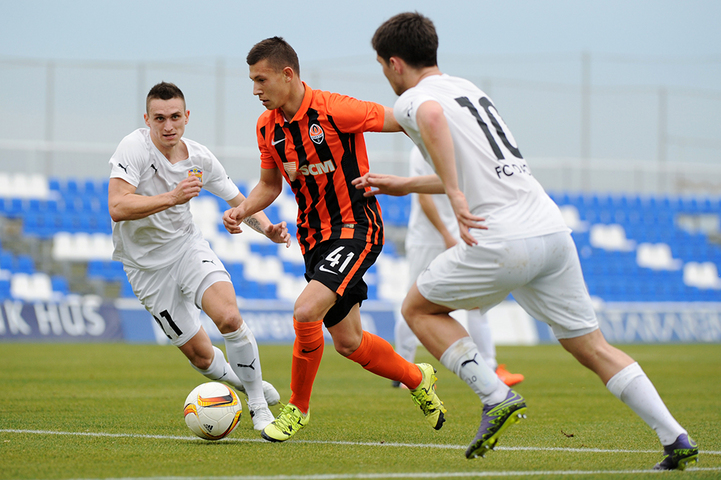 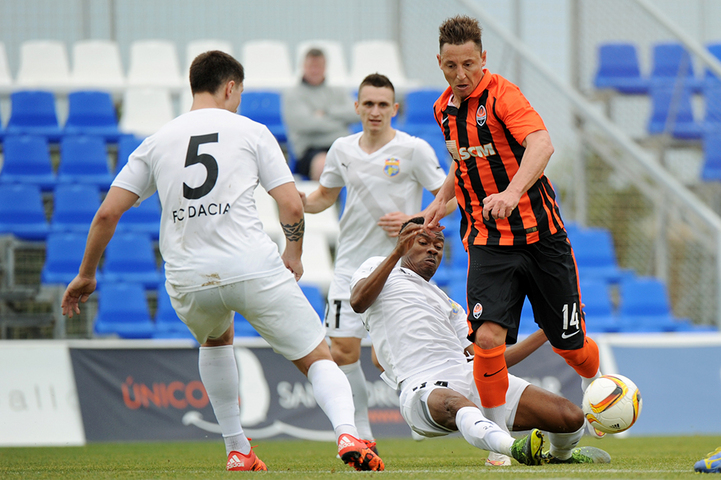 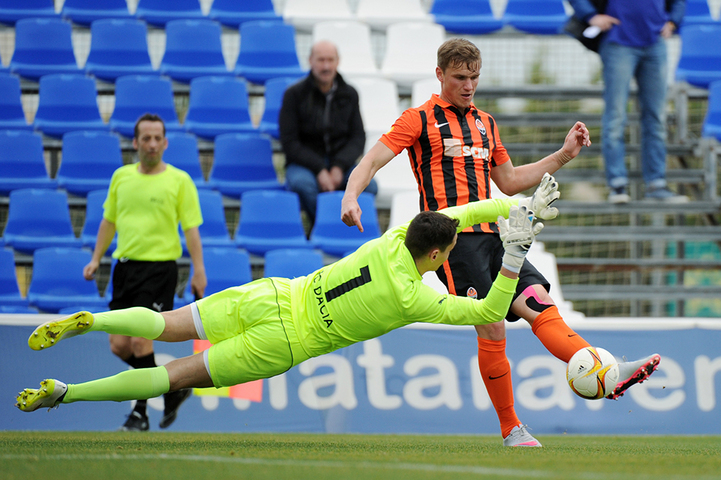 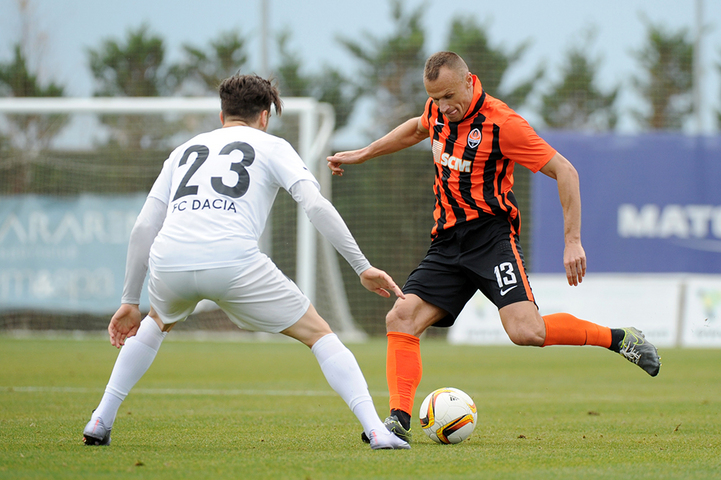 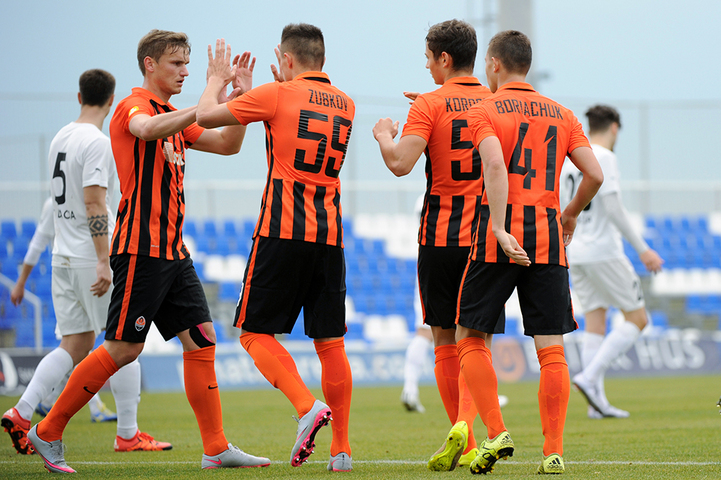 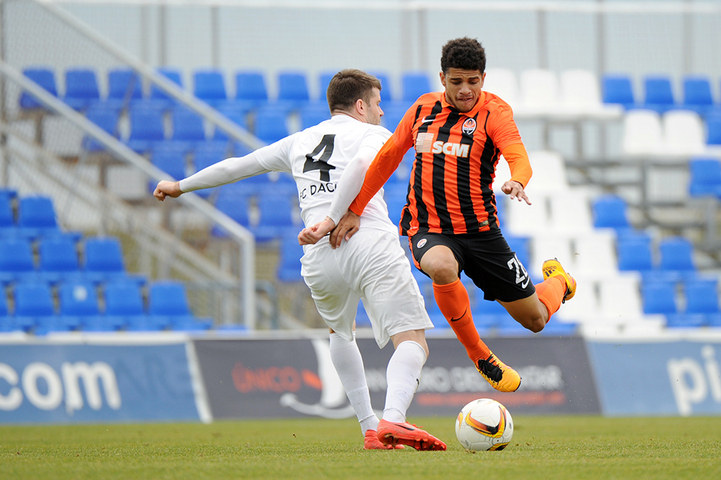 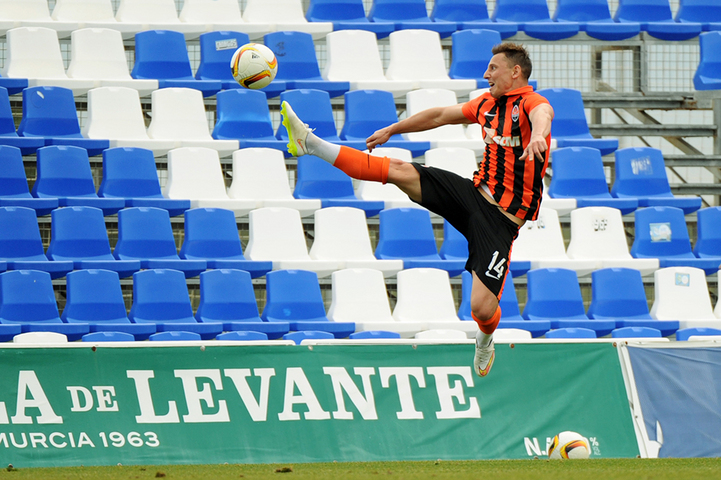 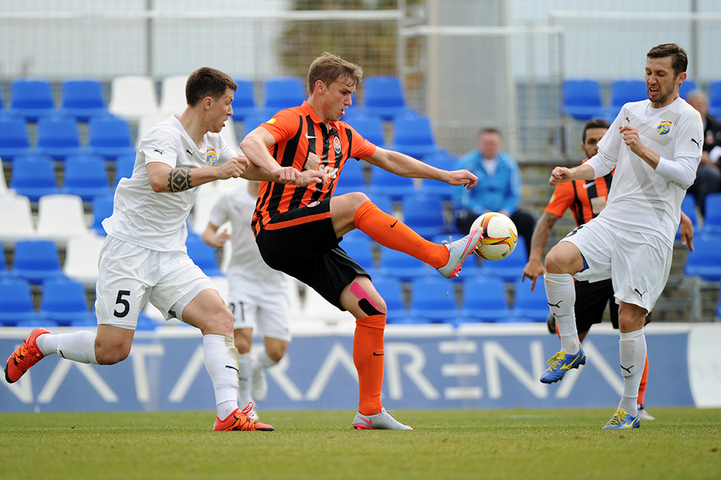 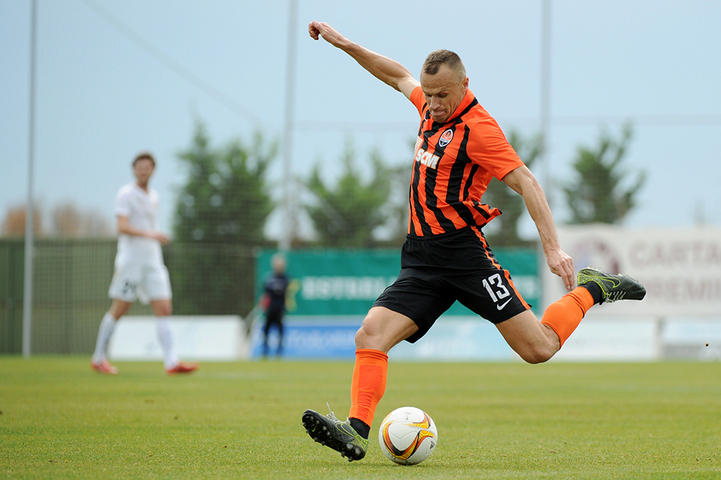 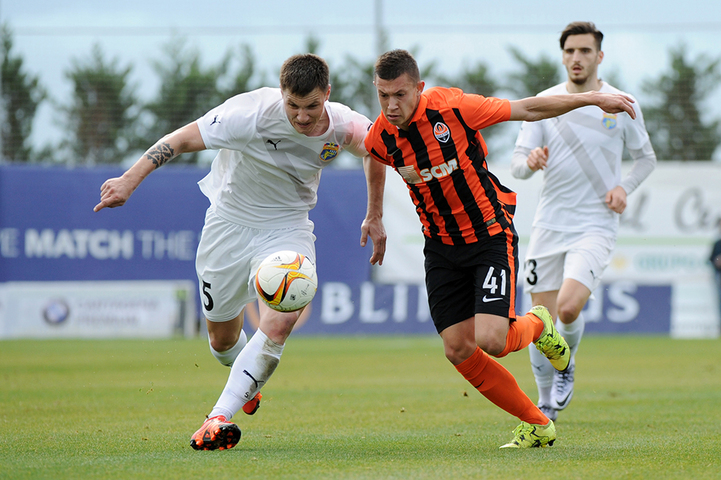 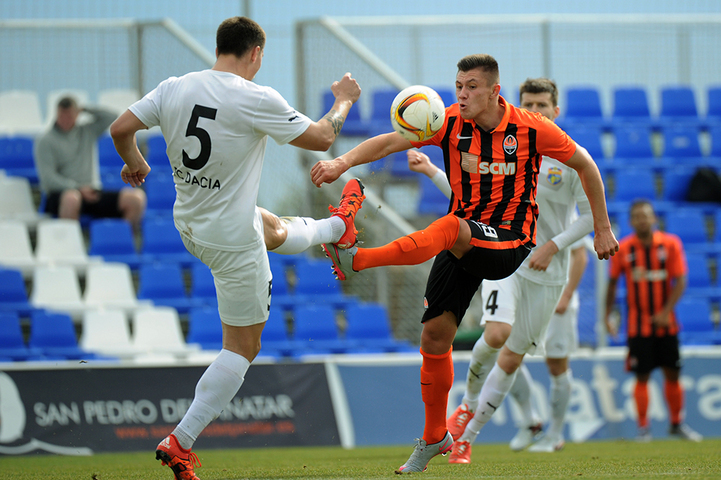