On 18 February, in the first match of the Europa League last 32, Shakhtar hosted Schalke.

Shakhtar have not played official games for more than two months. The Pitmen’s starting line-up featured Taras Stepanenko and Maksym Malyshev in the holding midfield, Viktor Kovalenko took the position of Alex Teixeira, with Oleksandr Gladkyy spearheading the attack.

The teams started the game energetically, with springing attacks and showing an end-to-end game. The visitors had the first genuine opportunity, when on 14 minutes Belhanda fired towards the corner of the net from close range, but Darijo Srna cleared the ball off the goal line. Then it was Sane who had the chance. Shakhtar could have opened the scoring on 23 minutes, but a Gladkyy shot from point blank range was stopped by Schalke’s goalkeeper. The Pitmen succeeded in attacks down the flank, and on 29 minutes the Pitmen hit the opponents on the counterattack: Taison put Kovalenko through on goal, but his shot towards the far corner of the net flew just wide of the goal post. The visitors responded with a corner, when Neustadter headed the ball goalwards – Andriy Pyatov made a save. The first half ended goalless.

After the break there were not any substitutions, and in the opening stages of the second half the opponents missed a chance to score – Sane missed the target after taking a headed shot. The Pitmen went forward in numbers, which forced Schalke to operate on the counterattack. One of them was very dangerous, but Belhanda struck the ball straight into Pyatov. Pyatov again showed his skills when Meyer fired goalwards following a corner. On 73 minutes, the Pitmen’s goalkeeper turned a Belhanda shot away for a corner. After working a corner, the referee awarded a free kick from the edge of the six yard area for Pyatov taking the ball with his hands following a pass from his team-mate. All Shakhtar players lined up on the goal line, and two shots in a row hit that wall. Then the Pitmen wasted two good chances to open the scoring: Stepanenko tried to hit the back of the net with a diving header following a cross from the flank, and Gladkyy struck from point blank range – in both cases Schalke’s keeper made saves. The game became tenser, which resulted in bookings. On 86 minutes, Kucher was awarded his second yellow card to head for early bath. Shakhtar managed to cope with the visitors’ pressure being down to ten men. As a result, the teams played out a hard-fought 0-0 draw. 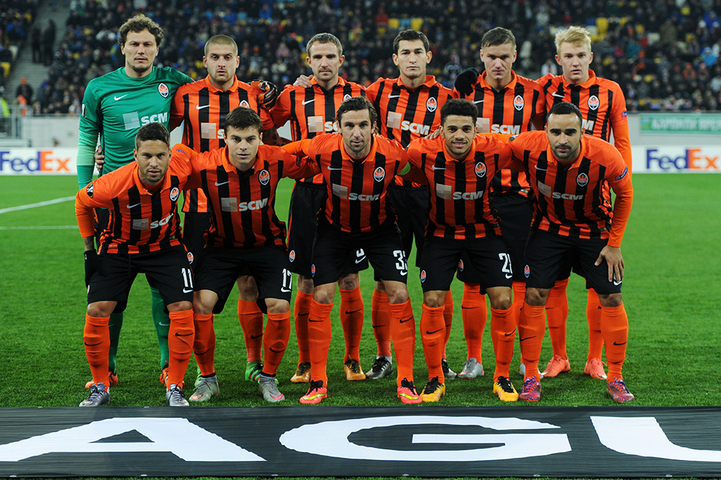 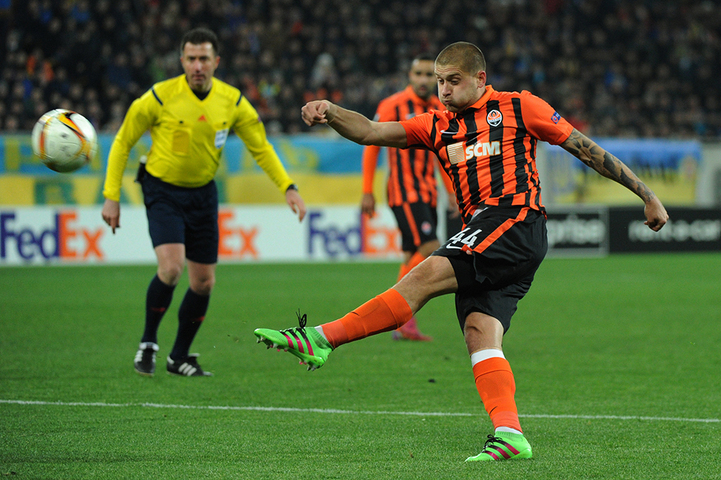 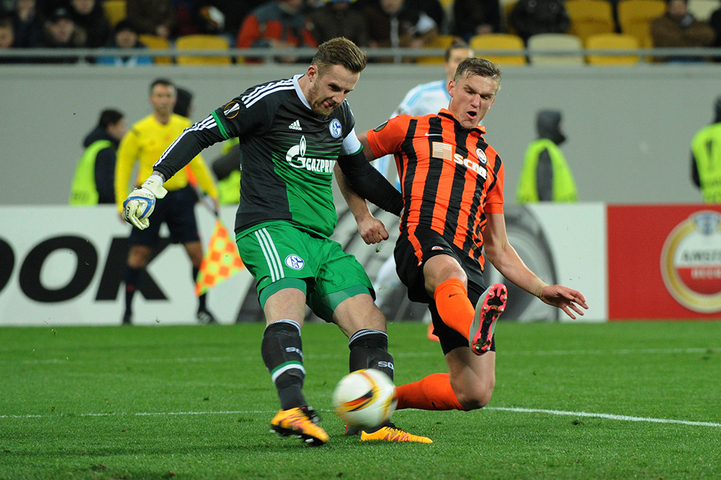 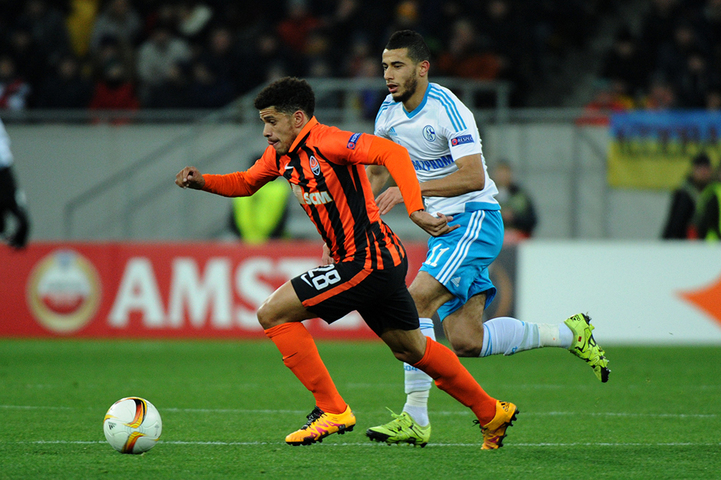 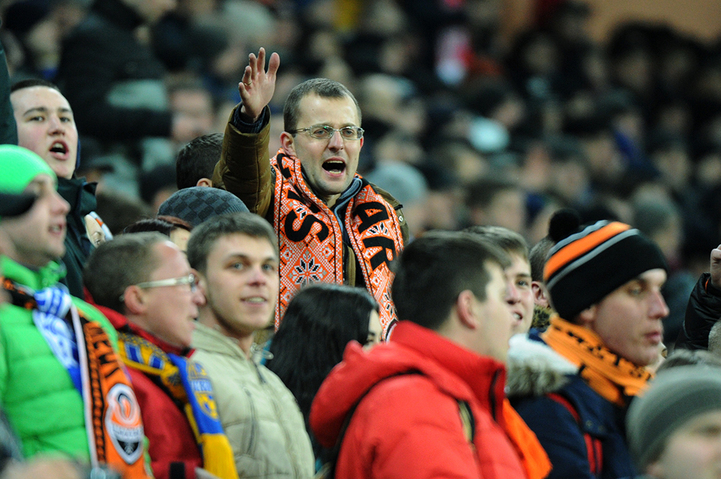 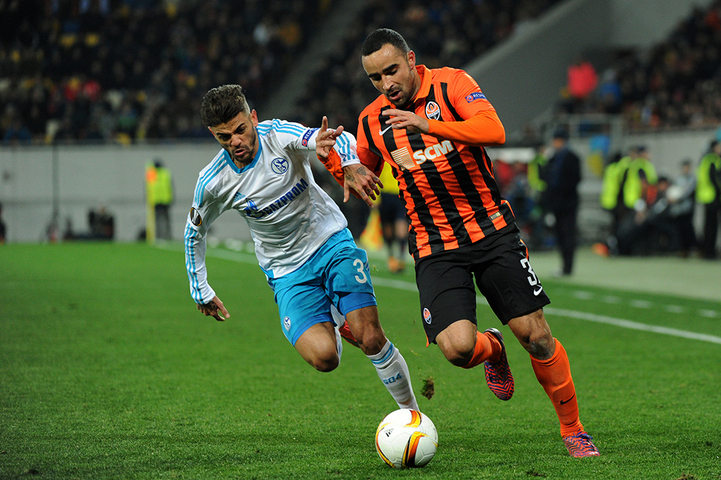 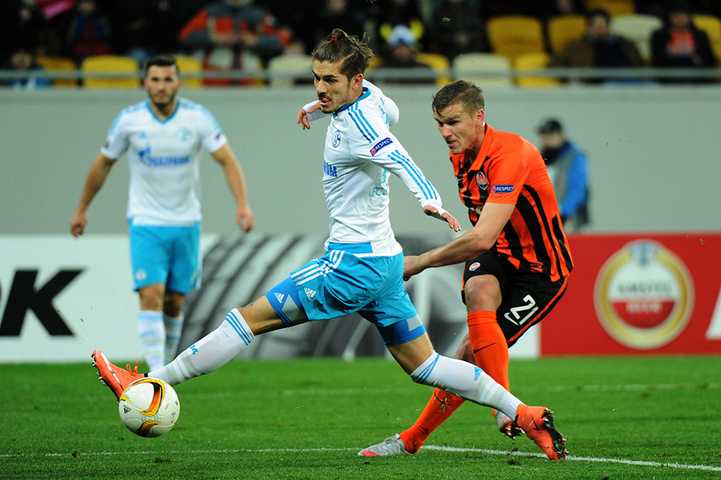 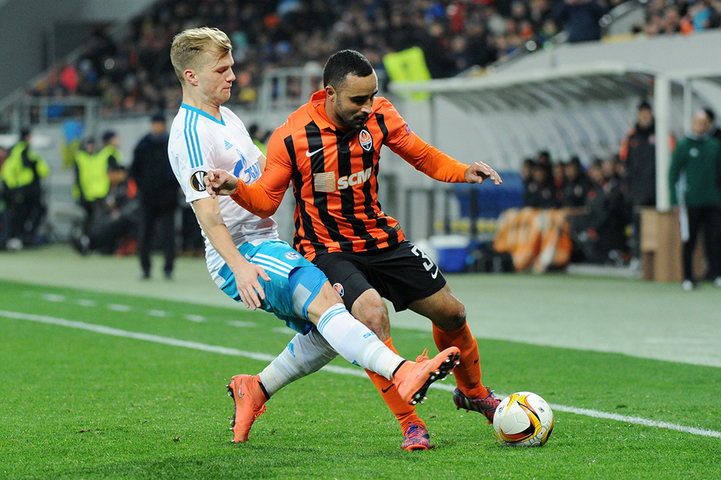 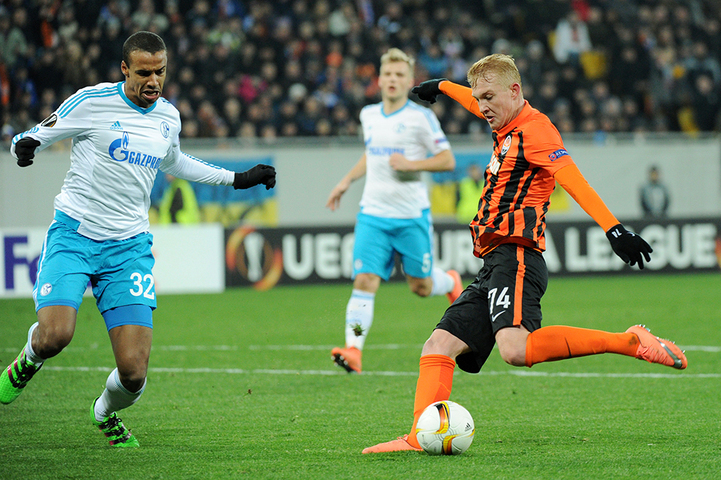 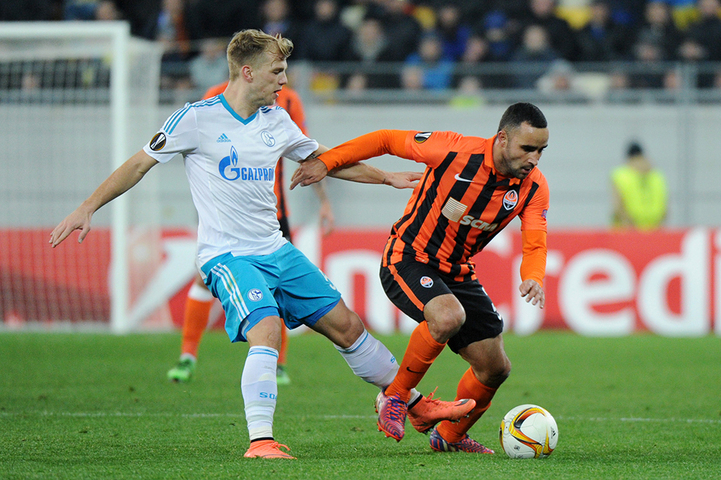 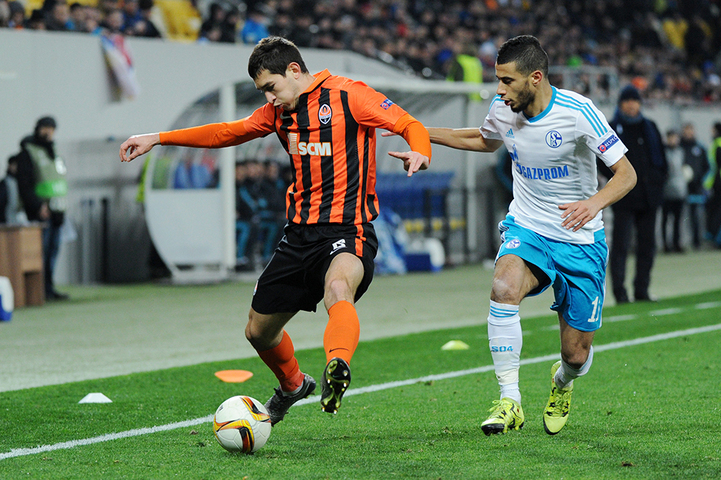 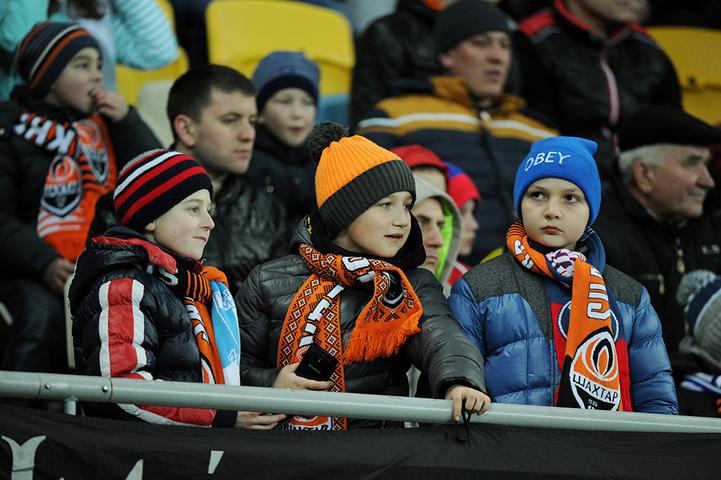 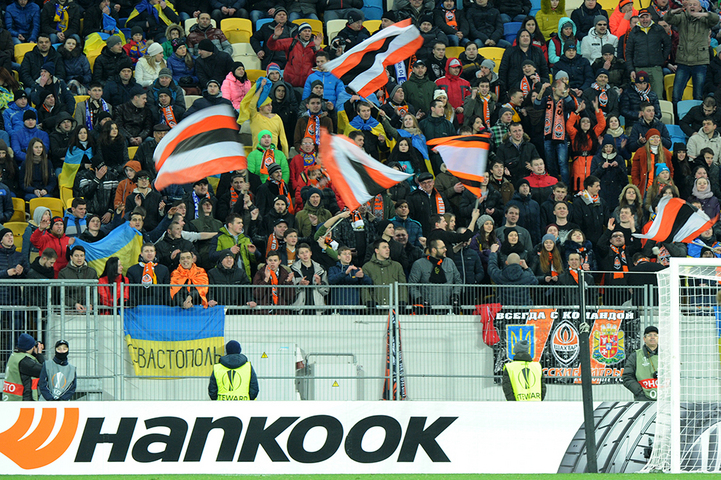 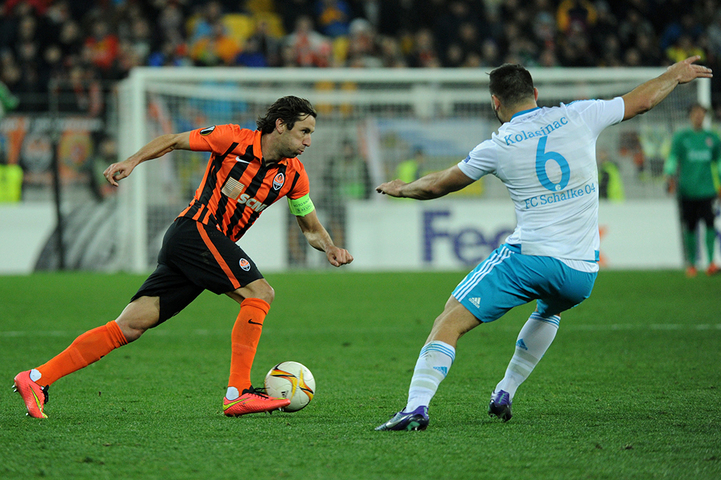 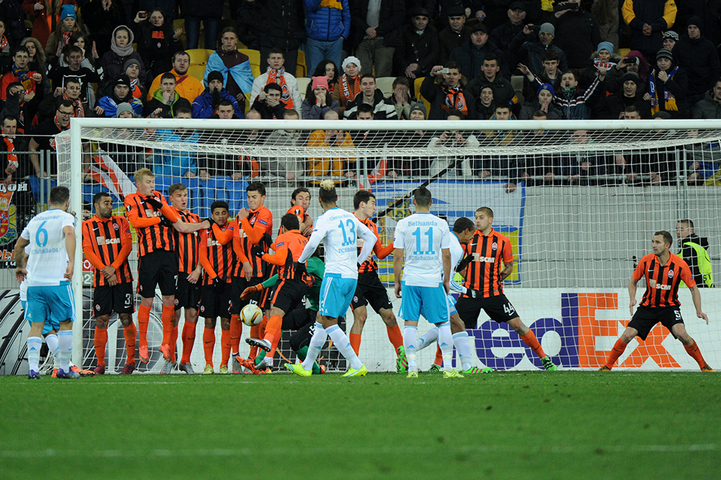 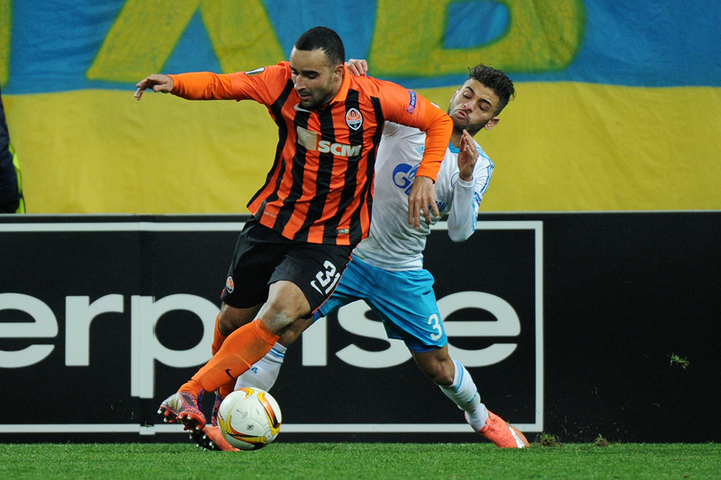 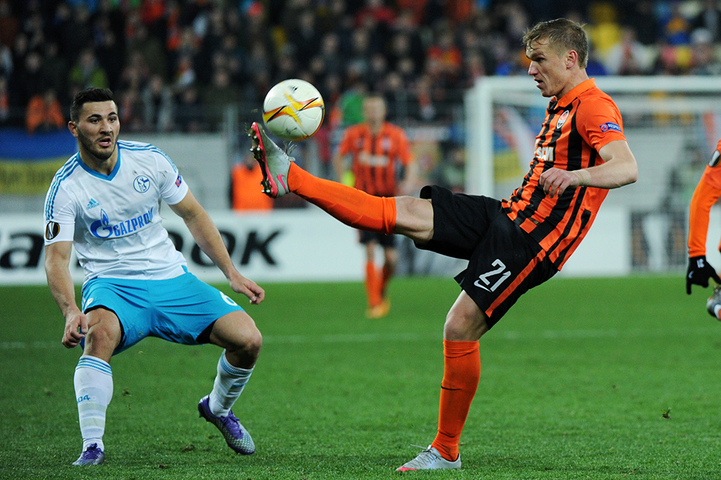 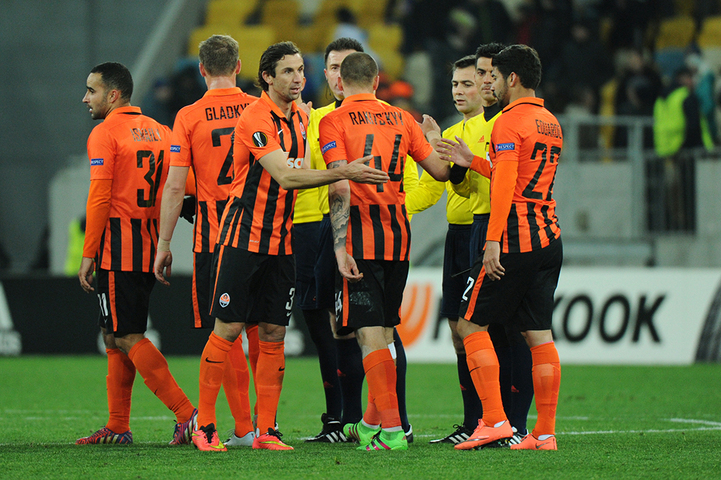 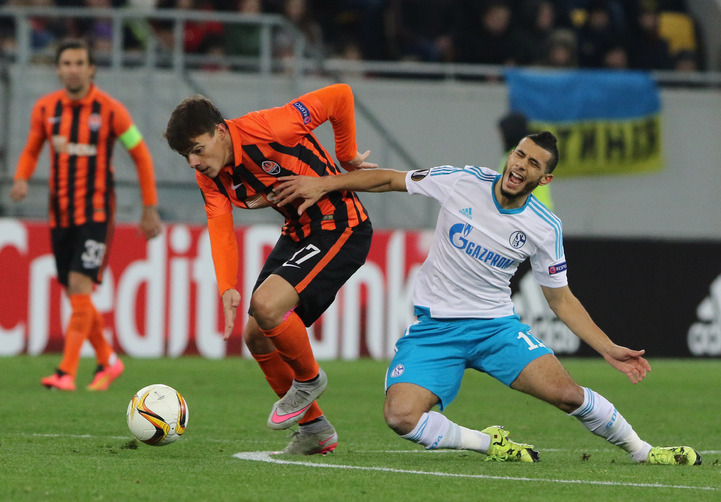 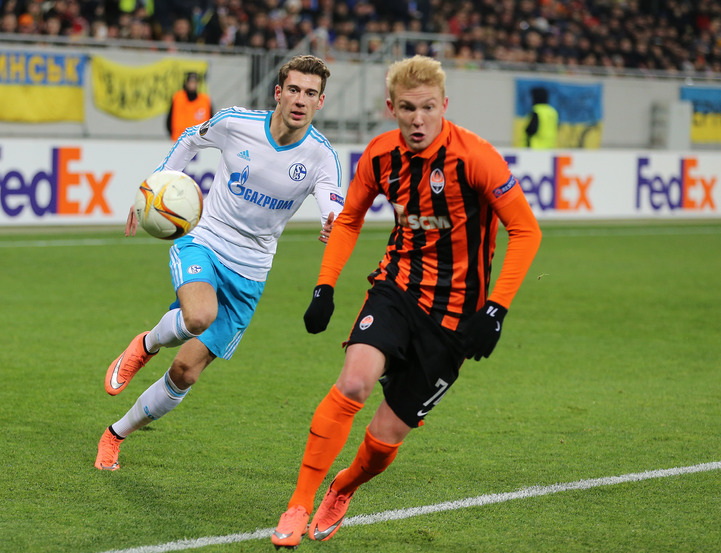