Andre Breitenreiter: I guess chances are 50-50

The head coach of Schalke has answered the questions from journalists before the game with Shakhtar.

- What’s the situation like regarding Mayer, Choupo-Moting and Goretzka?
- At the moment, it is not very good. They are injured and will not participate in today's training session. Therefore, it is unclear whether they will be able to play with Shakhtar. However, tomorrow we will check their condition and take the final decision.

- How dangerous is the result of 0-0 in the first game?
- We showed very good football there. We had a lot of chances, which we, unfortunately, failed to convert. This is very important in the international arena! Tomorrow we have to win: we want to do it and advance to the next round of the Europa League. We will give our best. No matter, be it after 90 minutes of the game or in extra time - but we have to win.

- According to media, Schalke are favourites in tomorrow’s game. Do you think this is true against a background of the number of injured players?
- Before the game in Lviv, I said that the chances are 50-50. Shakhtar are a very strong team. They were eliminated from the Champions League, but it should be noted that they played against PSG and Real Madrid! Tomorrow we need to show a high level of football. In Lviv, we played very well. Unfortunately, we failed to score. In general, the starting position for both teams is good. Shakhtar must score, and we need to keep a clean sheet. The situation is very dangerous. But in any case it is important to score at least one goal more than the opponents. Tomorrow's game will be difficult, but hopefully we will win.

- The issue of the Schalke manager has been discussed for a long time, as well as the fact how important Europa League for the team was. What does it mean to you personally?
- I am glad that the issue of our manager has been resolved. As for the Europa League, it is a very entertaining competition with traditions. This season features wonderful teams there! My goal is to progress as far as possible. To do this, we need to show a higher level of football and beat Shakhtar. Personally my desire is to make it to the next round and even win the Europa League! Nevertheless, we all know that it will be very difficult.

- What could you say about Hojbjerg? What are his chances replace Goretzka tomorrow?
- In our team, there is high competition in all positions. Pierre was unable to play in Lviv because he was disqualified after collecting two yellow cards. Nevertheless, he has the opportunity to enter the field tomorrow. He improved in training. All players who show themselves well, can get into the first team. When everyone is fit, it is difficult to decide who will be fielded in the starting line-up, but it is my duty. Again, Hojbjerg has all the chances.

- Today marks exactly 11 years since the day when Schalke and Shakhtar played their first match at this stadium. Schalke were considered favourites in the second leg, but lost. Do you remember that game?
- First, let me remember what I did 11 years ago... Then I was a football player. There’s no need to remind us that we lost and failed to progress to the next stage. Nevertheless, I hope that we will win. As far as I know, Shakhtar were coached back then by Mircea Lucescu and the current team feature players who played in that match. At Schalke, the team have completely changed, so that game does not matter. We will make every effort to advance to the next step. We know that Shakhtar are a strong team. We cannot underestimate them. As for the favourites, I think that the chances are 50-50. We want to go further. Although I understand: you also hope to make it to the next stage.

- How different is the upcoming match from Bundesliga games, considering that your team can be eliminated from the Europa League?
- Sure, it's a special match. I should note that throughout my football career, I have always played with watched the matches with tension. Especially when you consider that tomorrow we will be playing at the big stadium, and we will have support of our fans. We can reach the Europa League last 16. For me it is a very important experience, because I have first reached that level as a coach. I hope that our team will win tomorrow.

- What happens if Shakhtar core first? Are you discussing such a negative scenario with a team? Are you developing any tactics or strategy in this case?
- We are discussing this issue with the coaching staff. We should be ready for any scenario, and at the right moment to take the right decision. As for the players, the first thing you need to do is to instil self-confidence in them. They must take to the pitch with optimism. We are aware of our weaknesses. We played many games without proper concentration, failing to convert chances. We want to make progress, avoid mistakes and believe in our players.

- How closely do you communicate with the current sporting director of Schalke Horst Heldt and future sporting director Christian Heidel?
- I talk to Heldt almost every day. It is very interesting to see how the media cover any issue and put pressure on our team. I can say the following: I understand Heldt very well, we have always found a common language, we have cooperated very well, as evidenced by the transfers, which we made in the off-season. Everything else does not concern to the team. I do not want to comment on rumours. The same applies to the story that our team have to take third place in the Bundesliga. Undoubtedly, I also wish that, but we also have to ask ourselves whether we can do it. Therefore, we must not put pressure on Schalke. I believe in our players, I have a positive attitude to all decisions taken by Horst Heldt. He has sets the highest goals. I share them, too, but we need to be realistic. 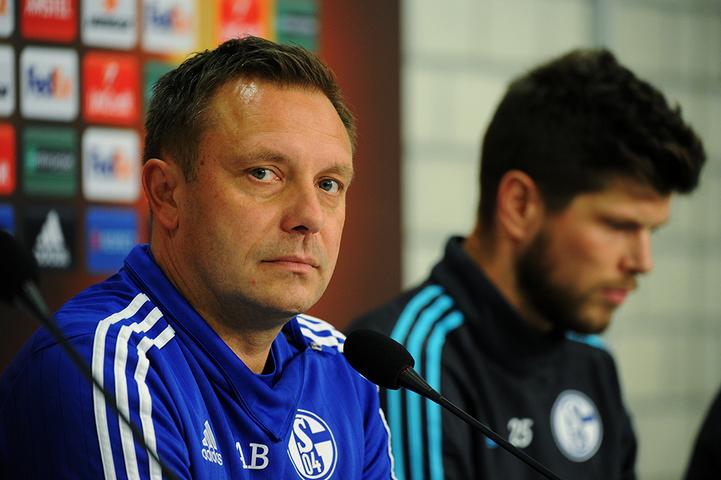 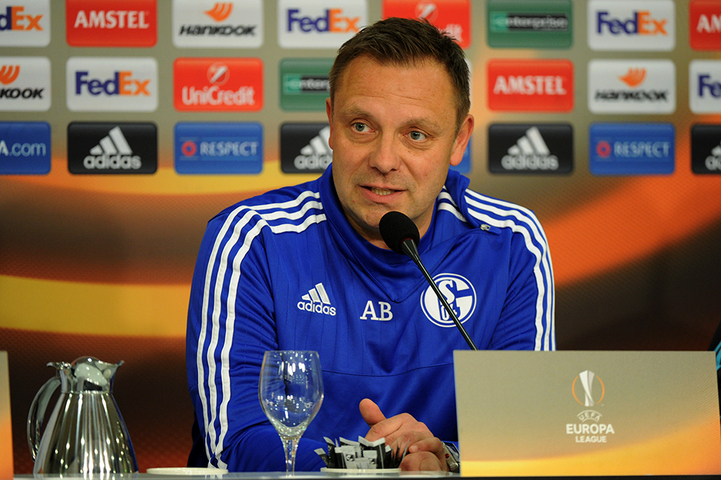 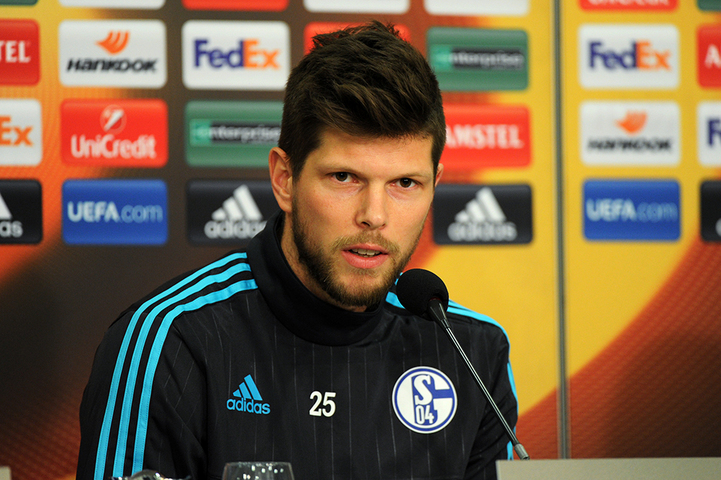 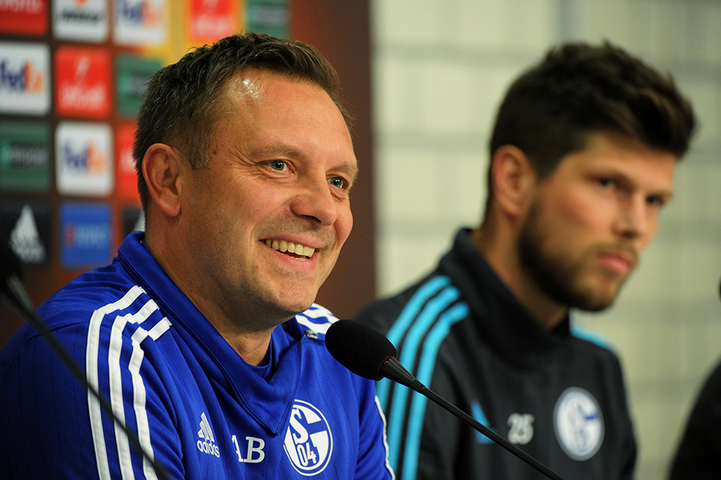 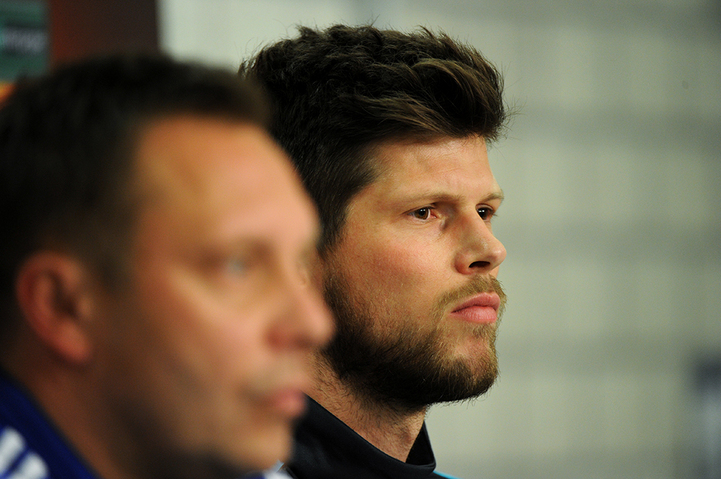 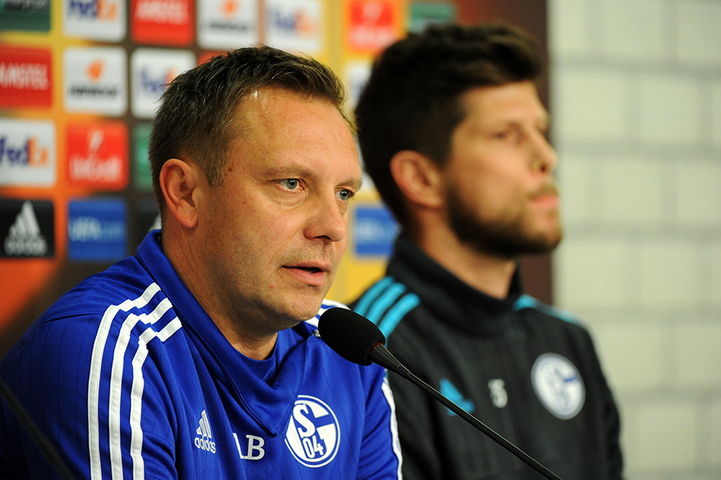