On the eve of the game against Corinthians, the head coach of Shakhtar shared his impression of the first Florida Cup match and told us about his being invited to Fluminense in the past.

- Mister, following the first match result, what’s your impression of Fluminense?
- The matter is that there are two groups of teams in the Brazilian league: one has good game organization and quality players - the same Jadson, with excellent technique. Among those clubs there is no sole leader, with all of them fighting for the league title. And there is the second group - those who are fighting for survival. But those teams also have a high technical level, with focus on physical football. Interestingly, one year they might be in one group and turn up in the other one the following year. Fluminense belongs to this type of teams. In the match against us they showed good fitness, operated very quickly offensively as well as in midfield. But honestly, today this team is very different from the one I used to know back in the 1970s, when they claimed the league title.

- What kind of team was it and why did you know them so well?
- They had many famous players, three of them took part in the World Cup in Mexico: the goalkeeper Felix, the defenders Carlos Alberto and Marco Aurelio. There was a time when Tele Santana, Didi, Carlos Pereira, Jerson played for Fluminense - they became very good coaches later. Therefore, Fluminense was my favourite Brazilian team. I have liked them ever since the World Cup in Mexico. And when I learnt that we would meet with Fluminense in the Florida Cup, I was very pleased at the fact. I therefore don’t understand talk about my alleged refusal to talk to journalists. On the contrary, for me it was a great opportunity to recall one of the best moments of my career 45 years later.

- What do you mean?
- All these years, I have not talked about this fact, only in 2015 I passed a copy to a Romanian journalist. The matter is that in May 1970, the Ministry of Foreign Affairs of Romania received an official letter from Brazil: the president of Fluminense, who at that time were the champions of Brazil, wanted to see me at his club. They invited me for three months – for the winter break period, when in countries such as the USSR, Hungary, Romania and so on, it was impossible to hold the league season because of the weather. At that moment, in the history of football of communist countries, such facts already took place: for example, the Hungarian player Albert received permission from the government of his country to play in Brazil for three months. They invited me on similar terms.

- Why you?
- Because I was the captain of Romania national team, who very well played in the 1970 World Cup qualifying round and advanced from the group also featuring Portugal, Switzerland and Greece. At that time, Portugal, being led by the brilliant Eusebio, being the world’s third strongest national team. But in the final match, we claimed a home victory over the Portuguese and won the Mexico berth! For the World Cup we were preparing through winter friendlies in Brazil, playing in Belo Horizonte against Atletico Mineiro and Cruzeiro. Then we had a match in Porto Alegre. We finished our preparation with a tournament, in which CA Independiente (Buenos Aires), Flamengo and Vasco da Gama also took part. We lost to Flamengo, though defeated Vasco da Gama and Independiente. Our national team showed themselves very well, and I won the competition’s best player title and even received an award - a radio for the non-existing Volkswagen car of mine! Unfortunately, at the World Cup, we got into the group og death, together with Brazil, Czechoslovakia and England. England were the then reigning world champions, Brazil approached the competition being the two-time World Cup winners, with Czechoslovakia having finished second in the World Cup 1962 in Chile.

- Did they inform you about the invitation?
- Yes, they did. I really wanted to go. But the government did not give me permission. It was impossible under the communist regime in Romania.

Today, our site publishes the letter for the first time ever. You can find an image of its original in French in the photo spread below. And now we bring you its English translation:

‘Rio, May 1970
Dear president,
Information has reached us that the Football Federation of your country loans out their players to clubs in other countries. The football club Fluminense is very interested in your renowned striker Mircea Lucescu. Please let us know the loan terms. Fluminense are the title holders from Rio de Janeiro and the sole winners of the Olympic Cup in South America. Please accept my best wishes.
President Francisco Laport’

Let us remind you that Shakhtar are to play their next Florida Cup game against Corinthians on January 21. The broadcast kicks off at 01:40 on Futbol 1 channel. 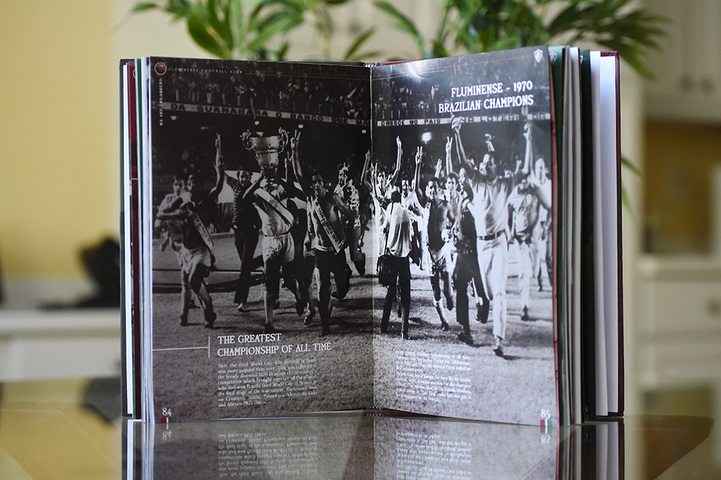 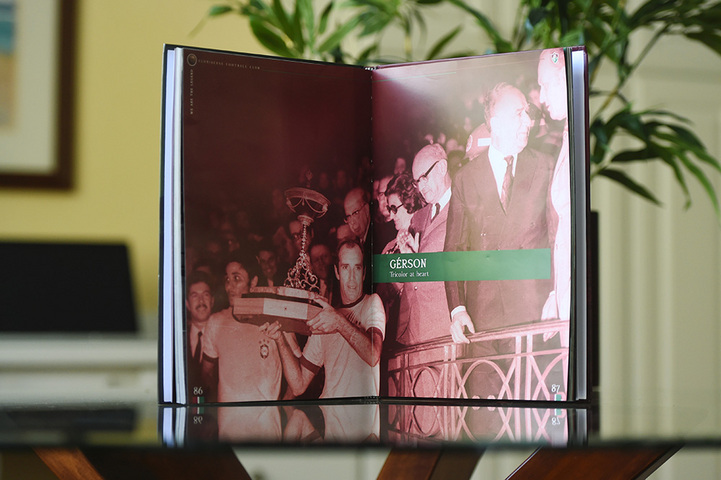 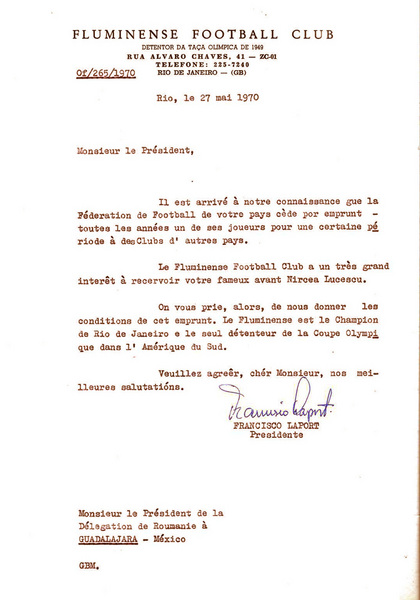 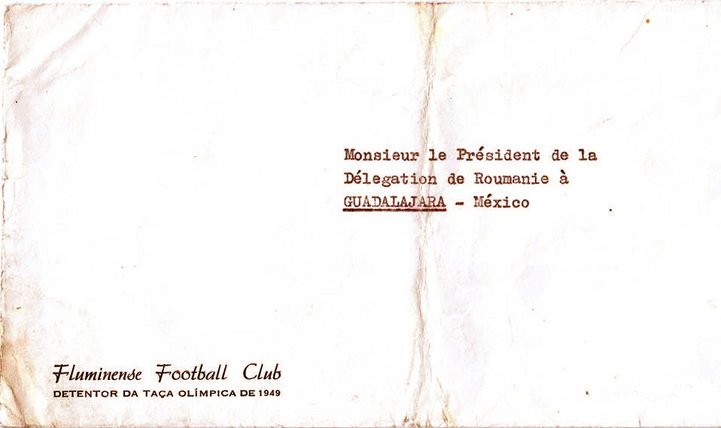