In a match of the 11th round of the U19 Ukrainian Championship, the Pitmen faced Volyn in Lutsk.

Shakhtar kicked off the spring campaign with a match in Lutsk. In the postponed game of the Matchday 11, Serhiy Kovalyov’s charges faced Volyn. The Pitmen’s starting line-up featured three new signings: Vladislav Savin, Danyla Ignatenko and Oleksiy Zinkevich. The Pitmen went into today’s game on the back of 8 matches without a loss.

Almost straight after the starting whistle, the Pitmen launched an attacking move which led to a goal. In the second minute, Vladislav Bugay came inside the penalty area after receiving a pass from deep to send the ball into the penalty spot area for Artur Avagimyan to slot the ball in. After that Shakhtar gave the initiative away and were more focused on counterattacks. This tactic was bringing fruit for long time, but the hosts were helped by a set piece situation. On 21 minutes, Volyn won a free kick down the left flank. A cross to the near post followed, and Volyn’s defender Serhiy Melishin drove the ball home. In the remaining time of the first half, the Pitmen were attacking. Bugay came close to scoring. In the first episode Vladislav headed the ball towards far corner, but the goalkeeper made a save. In the second episode he received a pass from Oleksiy Zinkevich to shoot from a tight angle – over the crossbar. Zinkevich also had a chance to score. After a quick counterattacking move, he tried to slot in a cross from Avagimyan but the ball went just wide of the target.

After the break, Shakhtar were luckier and as early as on 49 minutes the Pitmen too the lead again: Volodymyr Grachyov delivered a cross from the right into the penalty area for the opposition defender Roman Ilnitsky to score an own goal – 1-2. The Pitmen cemented their lead after a couple of minutes. A wonderful long range shot was taken by Oleksiy Zinkevich, who, actually, moved to Shakhtar from Volyn. The hosts were unable to recover from that. The Pitmen continued going forward and scored another goal. On 63 minutes, the Pitmen’s attack, which involved half of the team, resulted in a Grachyov cross into the penalty area for Bugay to send the ball past the goalkeeper to make it 1-4.

In the next game, Shakhtar will face Dynamo Kyiv. The match will take place on 13 March.

- I would note that this was the first official match of the year for us. During a month we trained in Turkey on a synthetic surface, and now we are playing on natural grass. And it was a bit unusual: tough pitch. But the guys started the match as we asked them: we put pressure from the first minute, trying to score an early goal. We managed to do it, but the goal played a dirty trick with us. Our ball control was not up to the mark, there were many team and individual errors. Opponents were putting pressure on us, closed us down and forced us to make errors. As a result, we conceded a goal. During the break, we pointed out the boys’ errors, explained what to do in the second half. After that the team acted in a more. We quickly scored the second goal, and then the third and fourth goals were given easier. On the whole, we are satisfied with the result of the match, but we need to keep working on the quality of the game. But this is only the first match, there is still time to analyse and come to the next meeting fully prepared.

- Today, three new players took to the pitch: Olexiy Zinkevich, Daniel Ignatenko and Vladislav Savin. How would you rate their game?
- These players, I think, fit the game model, which we instilling the team with. Perhaps, the quality of the pitch did not allow them to show their best side. But this also applies to the whole team. In general, newcomers put on a fine performance.

- Is the next match the most important one in the league?
- Yes, of course. We play with Dynamo Kyiv – the most important match of the season. At the same time, the other day we have a large group of players born in 1997 are leaving to play for Ukraine. What to do? We will prepare for a serious match.

- Of course, I really wanted to score today. I have been gearing up for the game during the whole day, I got up in the morning with thoughts about the upcoming match. I was constantly thinking about what to do, where to go, how to play. So the there was enough of desire and motivation. The goals, as today’s, I scored before while at Volyn, but the first goal for the new team is always special. When I received an offer to move to Shakhtar, I did not hesitate for a second. This is a great club with great organisation and good prospects. The main thing is to work hard, train, play and show good football. I hope that one day I will cement a place in the first team. 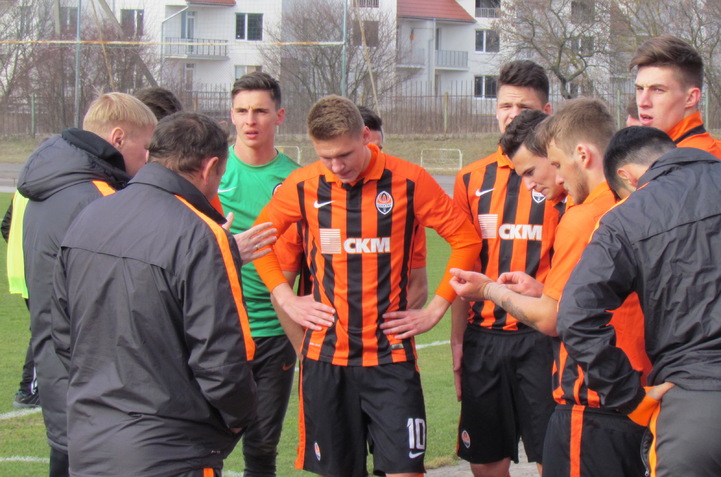 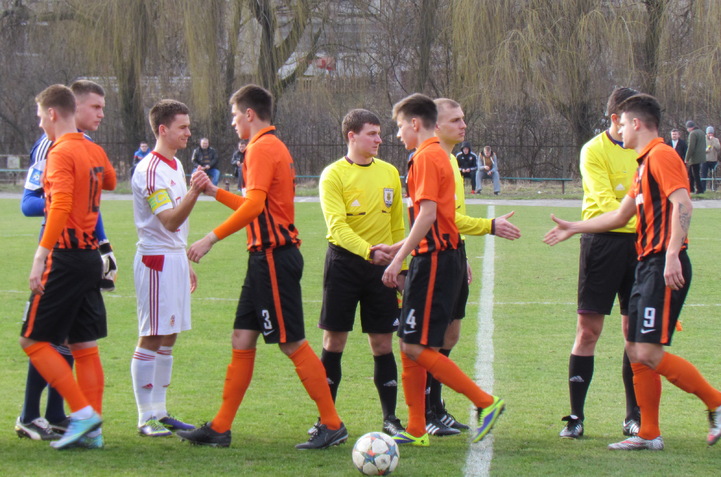 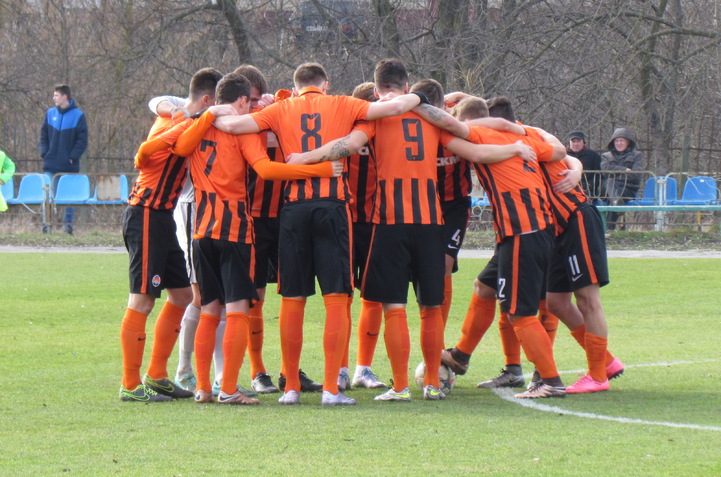 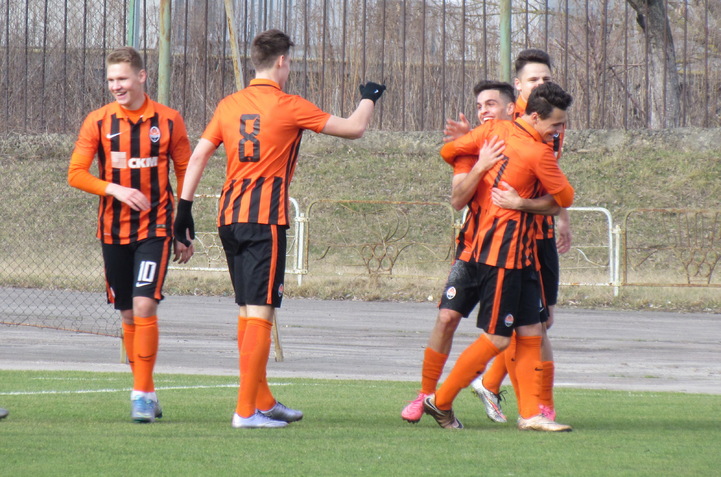 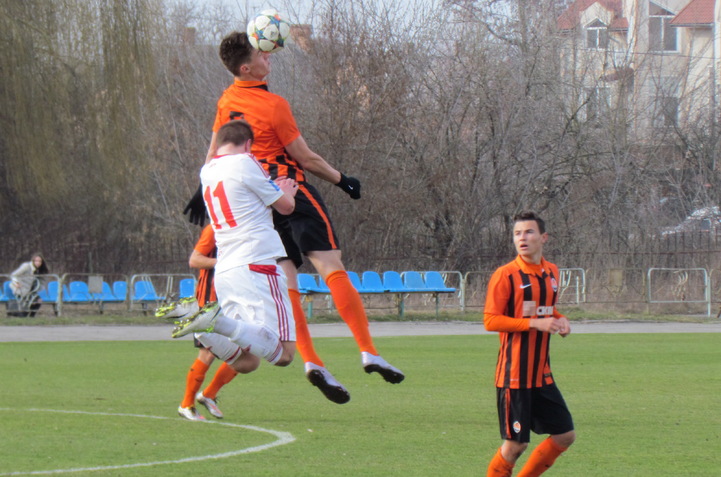 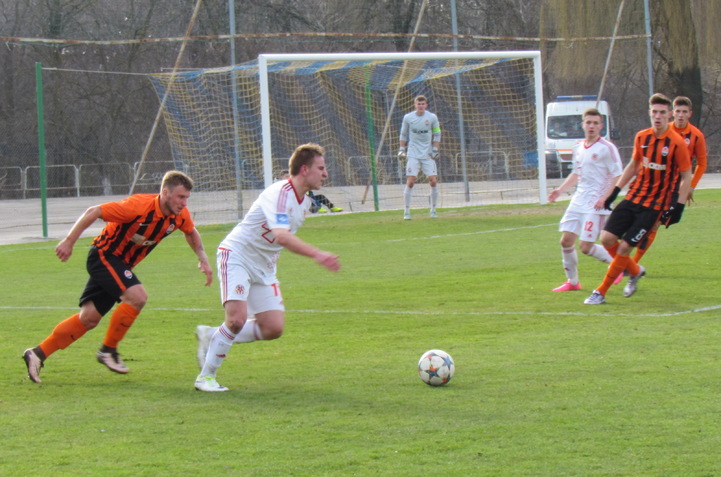 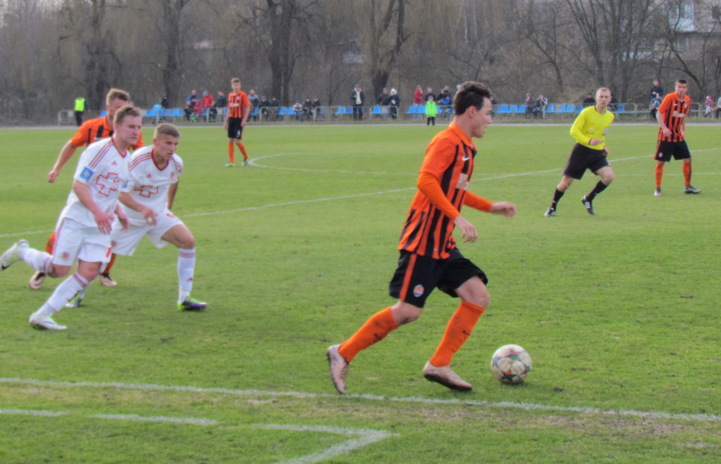 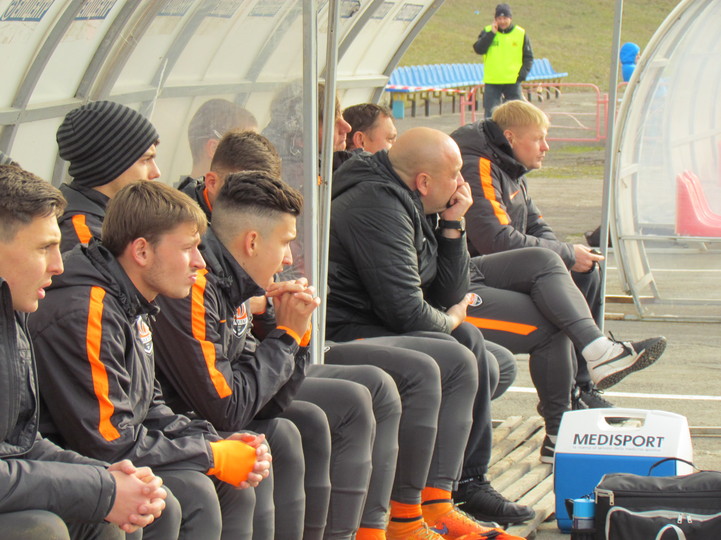 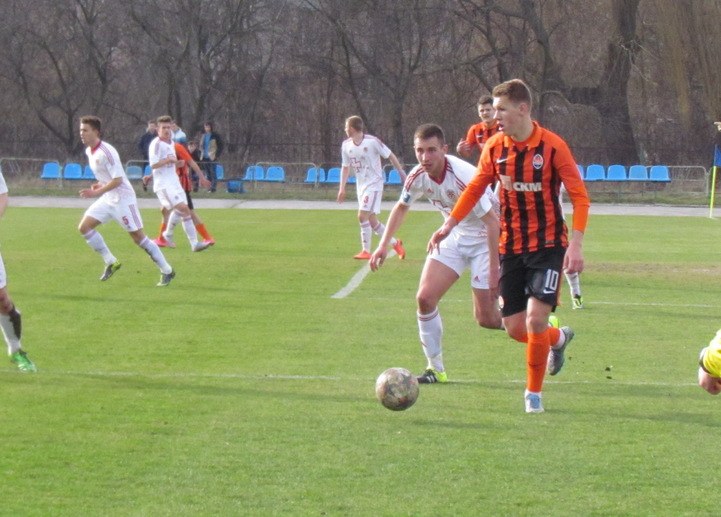 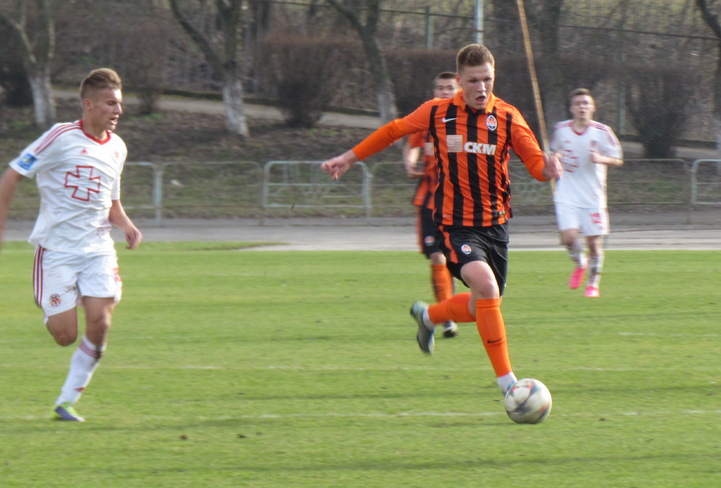 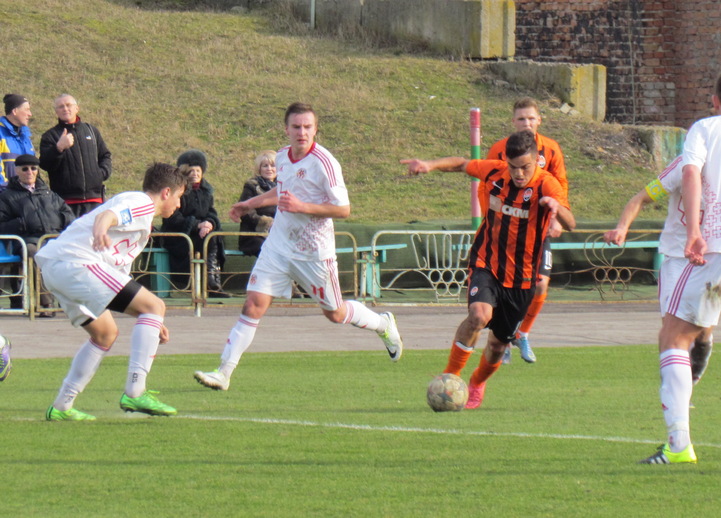 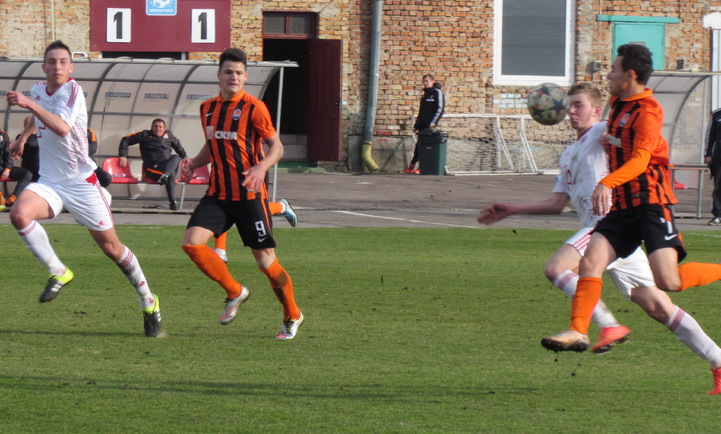 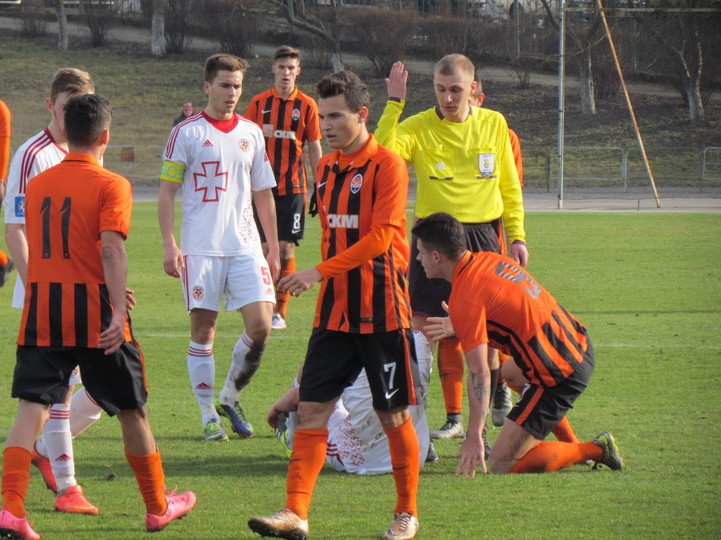 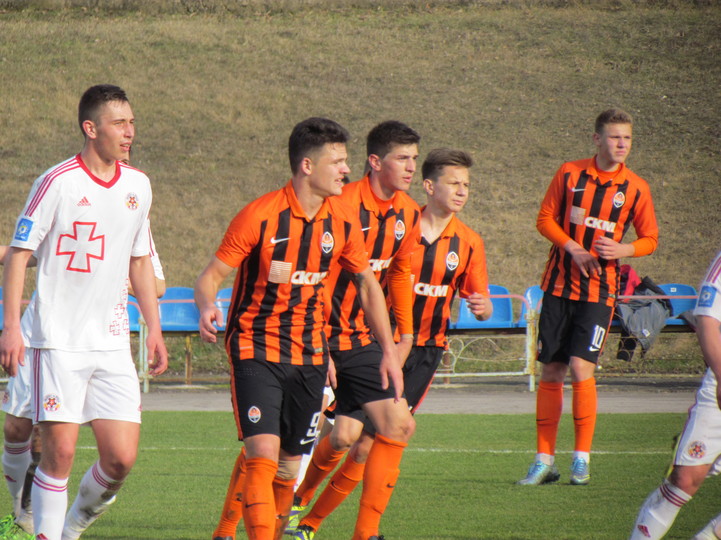