Besnik Hasi: It’s honour for me to play against Lucescu

- Are all the players fit? Is anyone fit?
- Players feel fine. Everyone is fit. Tomorrow we will decide on the starting line-up.

- Have you managed to recover after the Mouscron defeat?
- We tried to analyse our game after this defeat. We didn’t have so much time to prepare for a game with Shakhtar. We tried to watch the game. Yesterday we had a training session. We will see tomorrow what will be our reaction to the match against Donetsk team.

- It is known that Dendoker and Nahar have got injured. Can they take part in tomorrow’s game?
- Dendoker is unlikely to play. As for Nakhar, we will look at his condition. He trained with the group. Accordingly, I will decide whether he will enter the field. I would like to say a few words about the Pitmen as a whole: it is a powerful and great team, who play in the Champions League. We watched their last matches against Schalke and Vorskla. I phoned Vorskla’s captain Armend Dallku. This is a man whom I know. We discussed some things. Of course, we will look for a chance, despite the fact that, in our opinion, Shakhtar are clear favourites.

- Ten years ago, you came to Ukraine as part of the national team of Albania for the qualifying round of the World Championship. Back then you played against Vyacheslav Shevchuk. Tomorrow he may take to the pitch again. Do you remember that game? What were your impressions about Ukraine?
- I do not remember very well that game, but remember a very good result for us – 2:2. The team we played  against featured such well-known players like Shevchenko, Rebrov, who now trains Dynamo. For the national team of Albania - a small team from a small country - it was a very positive result. This is the most important thing is my impression and memory of that match.

- You are a young coach. What do you make of the game with such an experienced professional as Mircea Lucescu?
- It is my honour to play against Lucescu. This coach is known all over the world. He has proven effective in the Ukrainian championship, on the European stage; he has been in Ukraine for 13 years and has been achieving excellent results. I repeat: I am honoured to play against him.

- You understood the question from my colleague in the Ukrainian language without translation. Do you know Ukrainian?
- I learned Russian, so I understand Ukrainian too. My very good friend is Oleg Yashchuk, with whom we have long played together, now works at the Academy of Anderlecht. We spent much time together, we met each other even while traveling by our cars, not just in the matches.

- Does it inspire you when all the players are behind you?
- It is a kind of alchemy between the players and the coach. When two weeks ago we beat Olympiakos everyone was dancing. We all rejoiced, and me in particular! Then there were two disappointing defeats. Naturally, after that they had a feeling of frustration. But I was with all the players, and they are with me. The paradox, but we play very well with famous, strong teams, and always something happens against smaller teams. We must be prepared for that. This is a challenge.

- Do you feel the pressure on you from the club management on the eve of the next two games?
- Pressure from the management is always there. My goal and my team - play and win every next game. Let's see what the outcome will be. 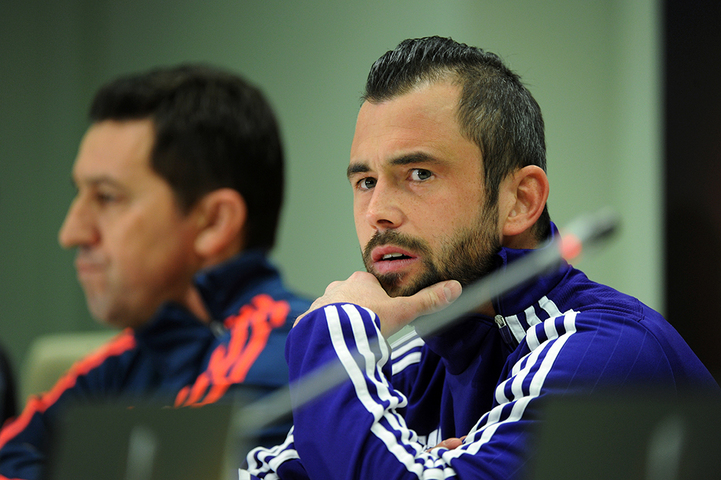 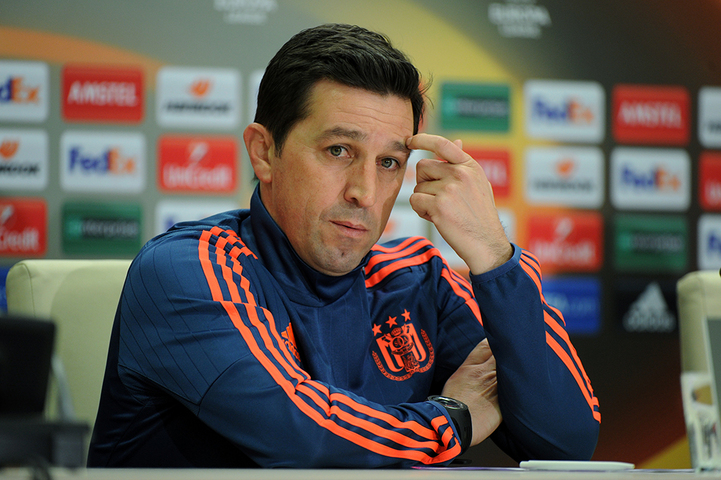 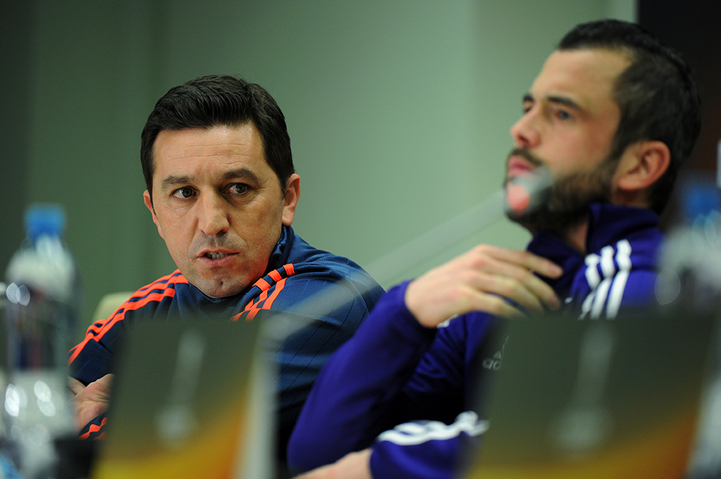 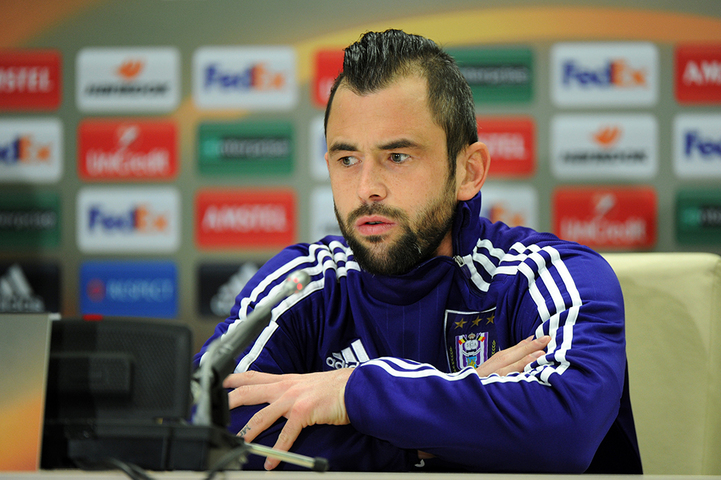 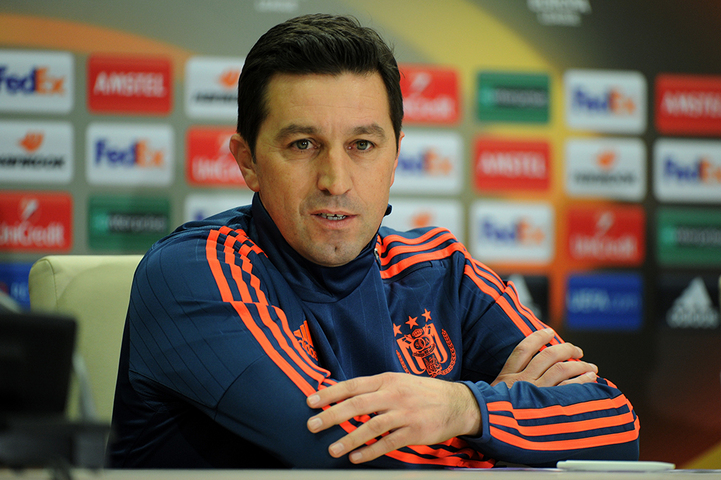 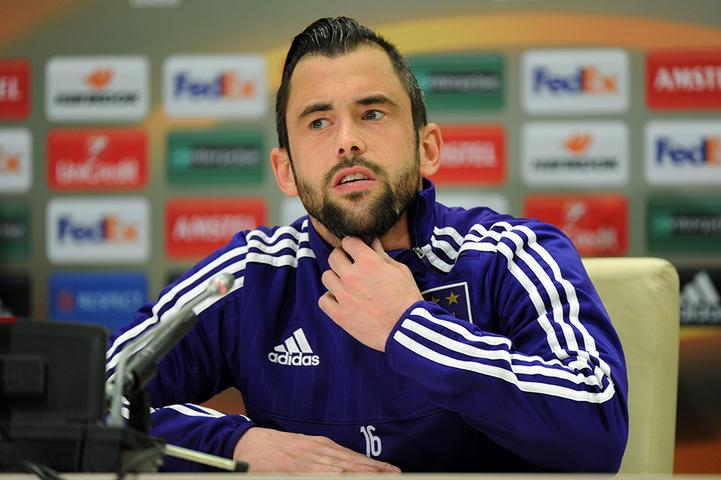 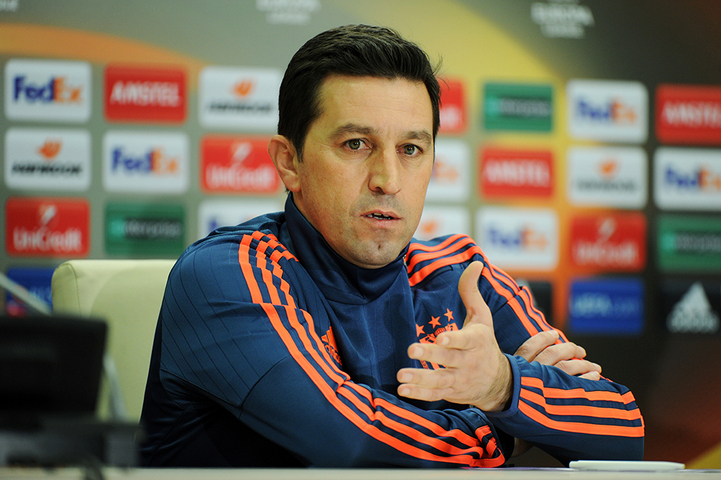