Only the Miners have suffered no UPL defeats in the calendar year 2019.

No league side has a better possession percentage than Shakhtar (63.6%). The team have scored an average of 2.77 goals per match, entering the opposing penalty area more often (aggregately boasting 565 touches), leading for the number of corners (133), allowing the least dangerous chances near their goal (the top team according to xGA rankings), and committing the least fouls. 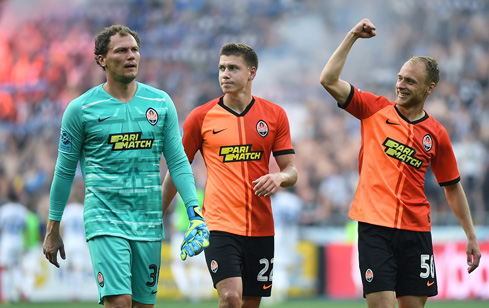 For the second time in history, Shakhtar have won all games in the nominal first stage
Early winning streak

For the second time in history, Shakhtar have won all games in the nominal first stage. In the 2012/13 season, the league featured 16 participating teams (15 straight early victories), the current league features 12 sides - (11 straight victories).

In late October, Shakhtar remained Europe’s only club to have lost no league points this season. The rest of the teams tied or suffered a defeat at least once.

Here is an interesting coincidence: being the top three league sides, Shakhtar (50), Dynamo (36), and Zorya (34) claimed as many points as they scored goals.

Shakhtar have claimed 2 victories in 2 games vs Dynamo (2-1 in Kyiv, 1-0 in Kharkiv) for the first time since the 2015/16 season when the team was led by Mircea Lucescu (3-0, 3-0). With the new format, this has never happened during the first league stage.

Moraes is the top scorer 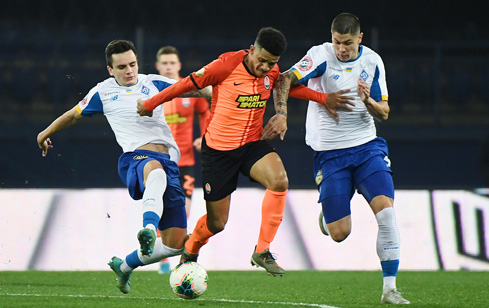 Taison traditionally tops the Ukrainian Championship for the number of sprints (81), long balls (85), and splitting passes (46).

Under Luis Castro, 5 players debuted for Shakhtar in the Champions League. Those are Dodo, Marcos Antonio, Tete, Manor Solomon, and Danylo Sikan.