U21. Shakhtar vs Dynamo: watch it online

In the second part of the league season, the Miners have performed very well, as evidenced by their 10-match unbeaten run. Only in the 21st round, the team of Fernando Valente were tied for the first time this season, still continuing to top the standings (52 points, goal difference is 66-18). Before the grudge match, the coach will not be able to count on Ivan Losenko and Eduard Kozik (due to injuries). 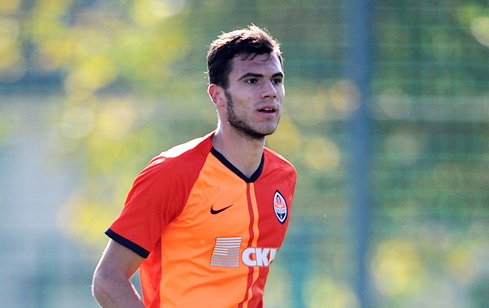 The main thing is to display our football, and only then look at the standings. We want to become champions, and for this we need to beat Dynamo and win the remaining matches

“Despite the failed match in the previous round, we are approaching the one against Dynamo in full readiness. We understand who we are about to take on and how important this meeting is, but at the same time we train as usual. Everyone in the team is focused on the match, everyone understands that we need just a victory. The main thing is to display our football, and only then look at the standings. We want to become champions, and for this we need to beat Dynamo and win the remaining matches. The Kyiv side’s football differs from the way we play. Our team studied the opponents ’game well, as all the theory sessions this week have been dedicated to the upcoming encounter.”

Dynamo U21 team are sitting in the second spot (51 points, goal difference of 78-13), having a game vs Lviv in hand though. During the winter break, a whole group of players left the team: Maschenko, Vaschyshyn; Bodnya and Sukhoruchko went on loan to Chornomorets, and Biloshevskyi moved to Desna. It is likely that the outflow of leaders provoked a series of draws for Yurii Moroz's lads in three rounds in a row: against Zorya (1-1), Rukh (2-2) and Oleksandriia (1-1). In the last match, the White-Blues interrupted this run with a victory over Dnipro-1 (3-0). It is worth highlighting Vladyslav Vanat, Vikentii Voloshyn and Yaroslav Nadolskyi who scored more than half of all of the team's goals this season for the visitors. Vanat is topping the league scorers race with 17 goals. Defender Dmytro Yefymenko will not appear vs Shakhtar due to four yellow cards earned.

In the U21 Championship, Shakhtar and Dynamo had 39 encounters: 12 victories in favour of the Miners, the Kyiv team have 15, along with 12 draws.