U21. Mariupol vs Shakhtar: match preview

After the winter break, the Miners gathered momentum and and won all seven games (goal difference of 20-2), extending the winning streak to nine games. At the same time, Fernando Valente's team single-handedly top the league table (51 points, goal difference of 65-17), three points clear of Dynamo, with the Kyiv side having a game in hand. In the last round, Shakhtar beat Vorskla experiencing certain issues: the first half of the match ended 1-1, but in the second half the Orange-and-Blacks scored the winner through Taison's effort and gained three points. Shakhtar U21 team are preparing for the duel with Mariupol in full force (with the exception of Eduard Kozik and Ivan Losenko who still recover). Also, the right-back Dmytro Kapinus will not be able to help his teammates due to earning four yellow cards. 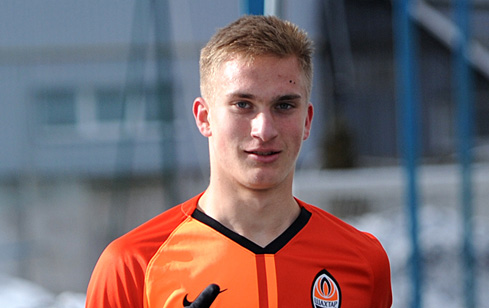 Preparation for the match against Mariupol was the same as for any other game. But we are facing the tough opponents who often utilize depth, so we focussed on that

“Preparation for the match against Mariupol was the same as for any other game. But we are facing the tough opponents who often utilize depth, so we focussed on that. In addition, in the next round we will be facing Dynamo, and it’s important to approach the clash in a great mood. Personally, I will appear for the match against the Azov side with special feelings because we will be playing practically at home as in the Donetsk region even the air is dearer.”

Mariupol U21 have had 20 league games (8 wins, 4 draws and 8 defeats). Now the lads of Serhii Hrybanov sit in the 8th spot in the table with 28 points (goal difference of 33-35). In the last round, the Azov team sensationally lost to one of the league outsiders Inhulets at home. In total, after the league campaign resumption, they won only the matches against Minaj and Zorya. The team includes Anton Baidal who has already notched up 14 goals this season, being one of the main contenders for the league’ top scorer title. Yaroslav Dobrokhotov will not play against the Miners due to suspension.