Since 2017, the stadium has been a temporary home arena of Shakhtar.

The regional sports complex Metalist is a multifunctional arena, one of the best in Ukraine and Eastern Europe.

The stadium has repeatedly hosted top-level matches, European competition games and the national teams’ fixtures. It played host to the group stage games and a quarter-final of UEFA Euro 2012.

Since 2017, the stadium has been a temporary home arena of Shakhtar. The Donetsk team’s first game at the OSC Metalist was held on September 9, 2016 vs Dynamo (1-1). The encounter gathered 39,677 spectators in the stands. In May 2017, the stadium in Kharkiv saw Shakhtar claim their 10th league title and 11th Ukrainian Cup.

The matches we held in Kharkiv have confirmed that there are many Shakhtar fans in this region. I am convinced that we’ll manage to make them happy with the spectacular performance and good results

They opened a Shakhtar club shop at the OSC Metalist. In Kharkiv and the Oblast, they set an extensive network of ticketing outlets. 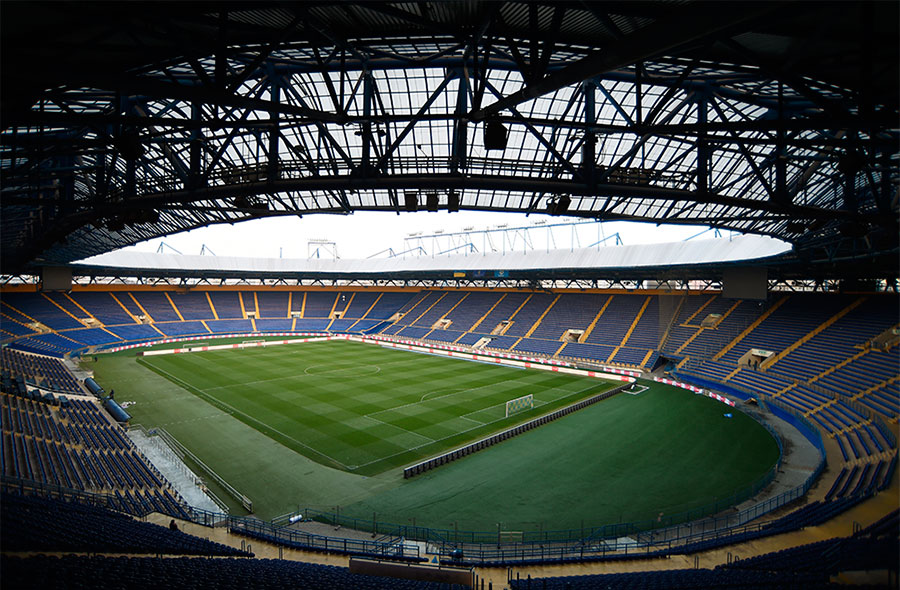