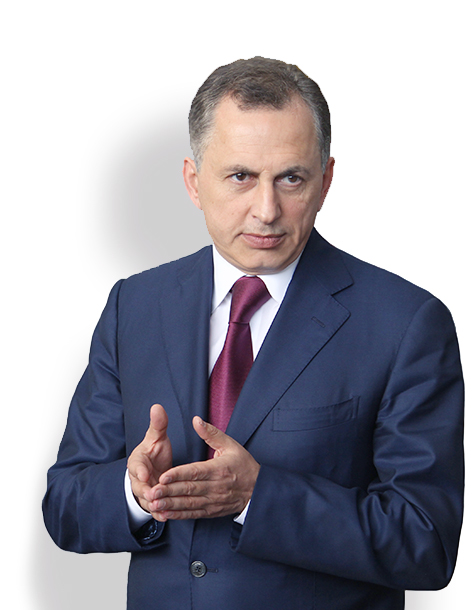 Boris Kolesnikov
Vice-president of the club

Mr Kolesnikov was the director of Yug firm from 1991, and chairman of the board of directors of the Kyiv-Konti production association (later called Konti) from 1997.

From 2001 to 2006 he was the Chairman of the Donetsk Oblast Council. The member of Verkhovna Rada of Ukraine (V, VI, VII convocations) from 2006. From 2010 to 2012 he held the posts of Deputy Prime Minister of Ukraine on preparation for UEFA Euro 2012 and of Minister of Infrastructure. Later he was elected to the Verkhovna Rada of Ukraine, where he became the Head of the Committee for Transport and Communications.

Since 2010, Mr Kolesnikov has been the president and owner of the Ice-Hockey Club Donbass.

Graduated from the Donetsk State Academy of Management with a degree in Economics and Management.

Awarded the Order of Merit, I, II and III class.