December 11, Oleksandriia, Nika Stadium, 2:00 pm Match build-up It is going to be the last match that Shakhtar will play this calendar year. To date, Shakhtar are topping the table, outscoring Dynamo on tiebreakers. The overriding priority that the Orange-and-Blacks pursue is to keep their first place and go on a winter break with no points lost. To make it happen, the team have to win in Oleksandriia. The day before, the team held a final training session in Sviatoshyno and flew to Kryvyi Rih, where they took a bus to get to Oleksandriia and checked in a hotel upon arrival. Roberto De Zerbi enrolled 20 footballers to play this away match. Provisional roster Goalkeepers: Pyatov, Trubin Defenders: Dodo, Vitao, Marlon, Matviienko, Konoplia, Ismaily, Bondar Midfielders: Stepanenko, Maycon, Marcos Antonio, Tete, Bondarenko, Solomon, Mudryk, Pedrinho Forwards: Moraes, Sikan, Fernando Opponents In November, Oleksandriia got the best of Metalist 1925 in the home match (2-0) only to lose twice to Dnipro-1 away (1-3) and Zorya at home (0-1). On MD 17 Yurii Hura's team thrashed Minaj in Oleksandriia 3-0, with Spinelli and Tretyakov making the lead comfortable by the break and Dubra capped the scoring in the dying stages. In the standings, Oleksandriia come sixth, falling 6 points behind Vorskla. Head-to-head record Shakhtar won 18 of the 25 matches. Oleksandriia have 3 wins, with 4 encounters ending in a draw. The Miners scored 46 goals and conceded 22 goals. Previous match On August 7, Shakhtar played against Oleksandriia in between two significant Champions League qualification matches against Genk. In the 6th minute, Tretyakov scored after the delivery made by Odariuk and Tsurikov's flick-back, but pretty soon Dodo fired in a cross and Korniienko sent it home scoring an equaliser. However, already in the 21st minute, Oleksandriia went in front again, with Kovalets scoring a winner. The score remained unchanged until the full-time whistle. 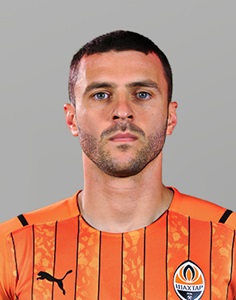