Shakhtar are 13-time domestic Champions! A week ago, Luis Castro's men defeatedOleksandriia 3-2 and defended the title early. The team are in a great mood, on June 25 they started preparing for the next scheduled game vs Zorya.

Obviously, in the coming rounds, Shakhtar’s coaching staff will carry out a certain rotation of different roles. Nevertheless, before this meeting, the Champions have been working in full force. We want to mention that after the match vs Zorya, the stadium will play host to the 2019/20 trophy and gold medals presentation ceremony.

Zorya continue competing vs Dynamo for the 2nd spot, currently being 3 points adrift of the Kyiv side. That said, there is the same gap between them and the chasers Desna who are going to have in this round a head-to-head encounter with Dynamo Kyiv.

After quarantine, Zorya have alternated victories and defeats. First, Viktor Skrypnyk's team lost in Oleksandriia (0-1), then they beat Kolos with the same score (through Vladyslav Kabayev's winning goal). In the 26th round, the Luhansk team opened the scoring vs Dynamo, but conceded three goals later. And last Sunday, our opponents claimed a 2-1 win over Desna in Chernihiv through the goals by Vladyslav Kocherhin and Bohdan Mykhailychenko.

Yevhen Cheberko will not play due to his red card in the game vs Desna, with Lovro Tsvekserving a three-match suspension after being sent off in the match vs Dynamo. Another defender - Vitalii Vernydubearned 4 yellow cards. However, Zorya have enough qualified performers to fill in one or another role, as Viktor Skrypnyk said in his recent interview. The coach of the Luhansk outfit also stressed that when reaching the home straight in the Championship, the footballers’ form has been improving and approaching the pre-quarantine level.

The teams had 43 encounters. Shakhtar won on 36 occasions, Zorya claimed 6 wins, 1 game ended in a draw. The goal difference is 106-29 in favour of the Orange-and-Blacks.

The rivals played in Zaporizhia on March 15 - before the championship was suspended due to quarantine. There was 0-0 on the scoreboard for most of the game. In the first half, Trubin coped with Yurchenko’s attempts (from a tight angle) and those of Kabayev (past two defenders). In the second half, Hromov struck wide of the crosspiece following Kabayev's delivery from a favourable position, in the 71st minute Kovalenko missed the target after a corner, while Zorya took advantage of their chance with the help of a set-piece - a cannon shot by Mykhailychenko brought the Luhansk team a narrow victory. Maycon missed his late chance to equalize after being fed by Taison. 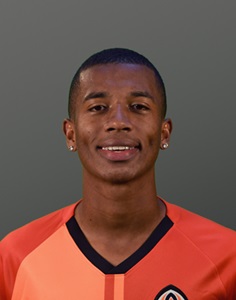