October 30, Kyiv, NSC Olympiyskyi, 19:30 Live broadcast on 2+2 TV channel   Before the match    The attention of fans will be locked on the Ukrainian Cup games in the middle of the week, especially since the Round of 16 draw gave them the most interesting match of all the possible options – this is the encounter between Shakhtar and Dynamo. This is the sixth Clasico in history to take place before the final (the teams met twice in the Last 8, and once in the Round of 32, Round of 16, and the Last 4).    A week ago, the clubs played in European competitions (the meetings with Dinamo Zagreb and Copenhagen did not see any winners). On Sunday, they simultaneously had Ukrainian League games (the draws with Oleksandriia and Karpaty). In the Premier League, the Miners perform much better, going 10 points clear of the competitors.   Shakhtar are the current Cup Winners and record-holders for the number of cup titles (13). The Miners have won the trophy in the last 4 seasons. In the previous 3 games under the leadership of Paulo Fonseca, the Orange-and-Blacks proved stronger than Dynamo in the Cup: 1-0 and 2-0 in the finals, 1-1 and 4-3 in the quarterfinal penalty shootouts.   Here is the list of the rest of Wednesday’s Round of 16 games:   Mariupol - Olimpik Minaj - Lviv Inhulets - Dnipro-1 Mykolayiv - Desna Kolos - Vorskla Alliance - Hirnyk-Sport Oleksandriia - Zorya    Opponents   Dynamo changed their manager in the course of the season: Oleksandr Khatskevych left the club, with Oleksii Mykhailychenko being at the helm of the team again. After two draws and a defeat in the Championship after the above change, the team started gaining points consistently, claiming victories over Vorskla, Mariupol, Dnipro-1, Kolos, and Oleksandriia. They faltered only on October 27 vs Karpaty (1-1 in Kyiv). In the Europa League group stage, the White-and-Blues have had an unbeaten run: they claimed 3 points vs Malmo, 1 point vs each of Lugano and Copenhagen.    Head-to-head record   The opponents have had 15 Ukrainian Cup encounters. Shakhtar claimed 8 wins in regular time, 1 win in the stoppage time, and 1 penalty shootout win. Dynamo claimed 4 normal-time wins, plus 1 penalty shootout win.    Previous Cup meeting   On April 7, in Kharkiv, an early goal by Harmash gave the Kyiv team an advantage. The Miners were behind until the 57th minute when Taison won the ball from Kadar and provided an assist to Moraes who made it 1-1. Then, the referee sent off both goalscorers, with the teams playing 10 vs 10 for the rest of regular time and during 2 added halves. The hero of the penalty shootout was Pyatov after parrying away the spot-kicks by Mykolenko and Shepelev. 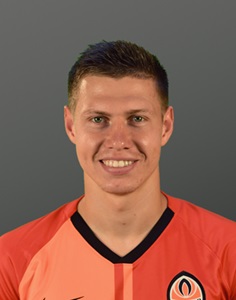