October 1st, Milan, San Siro, 19:55 Live broadcast on Futbol 1 Before the match Due to the reconstruction of Atalanta’s home ground, Atalanta host the Champions League games at the San Siro (Giuseppe Meazza Stadio) in Milan, 50 kilometres away from Bergamo. Of course, Internazionale, who escaped a defeat at the hands of Slavia Praha about a fortnight ago, also play there. Shakhtar played three times in this city - in 2004, 2005, and 2007. The Orange-and-Blacks arrived in Italy on the afternoon of September 30, with Luis Castro and Taison giving a traditional pre-match press conference. The manager spoke about the strengths of Atalanta and the important small things that the Miners should take into account, while the captain spoke about the desire to deliver some high-quality and spectacular football. We want to remind you that both teams suffered defeats on the matchday one, not scoring any goals in the current European campaign yet. In the second match in Group C, Manchester City will host Dinamo Zagreb (it kicks off at 22:00). Opponents Gian Piero Gasperini achieved historic success with Atalanta: with him, the Bergamaschi first climbed to third spot in the domestic league and won a direct berth to the main round of the Champions League. The club successfully operates in the transfer market, taking into account profitable sales and quality strengthening, with the team delivering some spectacular attacking football (being the best scoring team in Italy - 77 goals in the 2018/19 season). The Black-and-Blues’ coach prefers the formation with three central defenders, two holding midfielders, and the attacking trident. Atalanta started well in this league campaign: in 6 Serie A games, they suffered 1 defeat, along with 1 draw and 4 wins, including the last away wins over Roma (2-0) and Sassuolo (4-1 ) The Serie A’s second best scorer Duvan Zapata (23 goals) continues scoring well (5), with the former Metalist player and captain Alejandro Gomez remaining the clear leader in attacking. But the debut in the Champions League group stage was unsuccessful for Atalanta: Dinamo Zagreb defeated them 4-0, scoring 3 unanswered goals before the break and adding 1 more in the second half.    Previous meeting The teams have never met in European competitions, but they held a friendly match in Bergamo 4 years ago. The only and winning goal in the 46th minute was scored by Alex Teixeira. Of the current Shakhtar squad, Kryvtsov, Matviienko, Dentinho, Marlos, and Taison took part in that game; with Sportiello, Toloi, Masiello, de Roon, and Gomez playing for Atalanta. 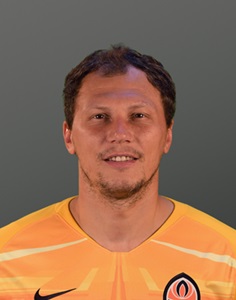