On April 20, in the Ukrainian Cup semi-final first leg, the Pitmen took on Oleksandriya

In autumn, in the Ukrainian league, the Pitmen beat Oleksandriya 3-2 in a difficult match at this stadium. Yaroslav Rakits’kyy did not play for the Pitmen, the suspended Ivan Ordets could not play either, with Oleksandr Kucher andSerhiy Kryvtsov ultimately making a pairing of central defenders. In the holding area, Maksym Malyshev was accompanied by Dentinho, with Taras Stepanenko remaining on the bench.

The visitors felt at home on the showered heavy pitch and immediately started bossing it. Soon came some chances:Dentinho struck it over the crossbar, Kryvtsov was an instant late to get on the end of a Kucher cross, with Taison failing to send it home past the goalkeeper from close range. On 20 minutes, Facundo Ferreyra also had a great chance, but missed target following a Marlos cross. After that, the game shifted to midfield, and on 36 minutes the hosts unexpectedly opened the scoring: Hrytsuk succeeded at bending it into the far top corner from outside the box – 1-0. In the next attacking move, Oleksandriya were close to succeeding, although Andriy Pyatov rescued the Pitmen after a Kulish strike. The sides left for a half-time break with the hosts enjoying a narrow advantage.

In the opening minutes of the second half, Mircea Lucescu fielded Eduardo, and on 54 minutes Shakhtar’s fox in the box successfully finished it off after the host side goalkeeper had parried away a Dentinho header. Before that, Marlos had a great opportunity when he burst into the box, spectacularly tapping it in over the sprawled keeper, only to see his effort go wide. After the score got level, challenges for the ball, emotions and some nervous experience came to the fore. The rain ceased, and the danger near both goals declined. However, Shakhtar attacked more, but the outcome on the scoreboard remained unchanged.

The opponents’ return semi-final will be held on May 11. 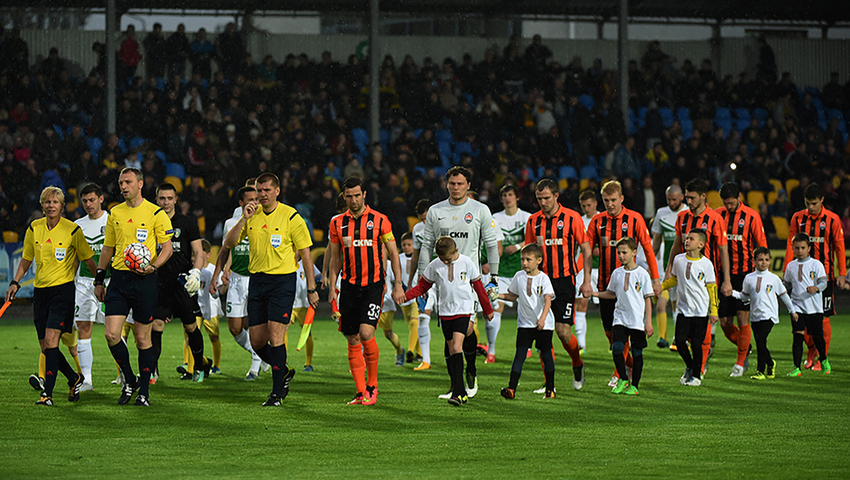 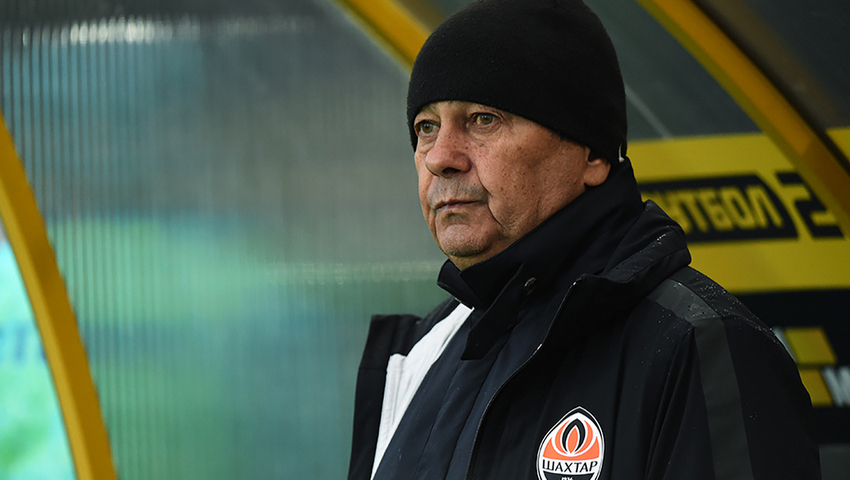 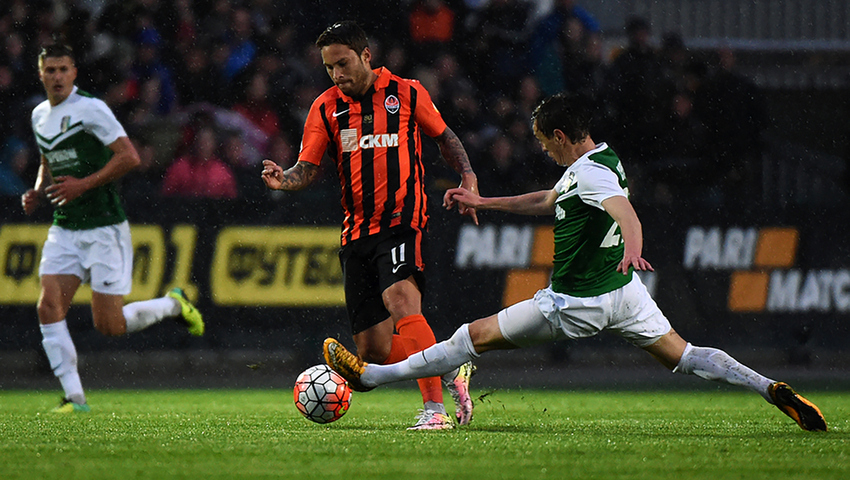 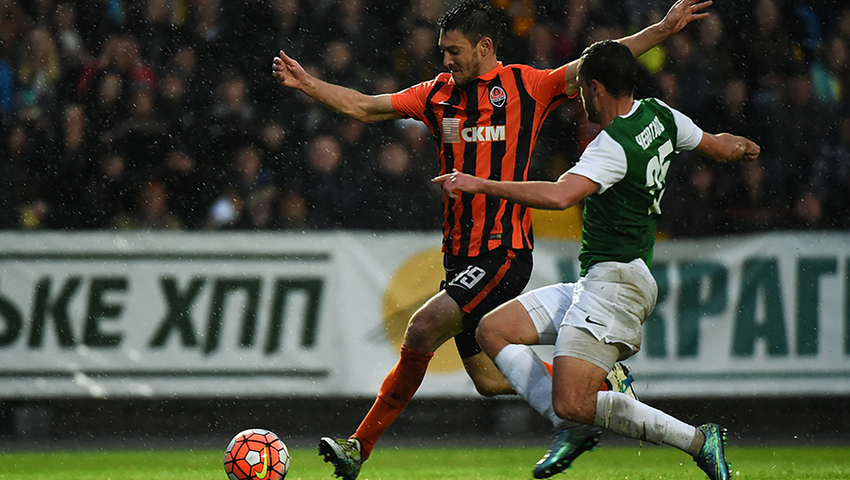 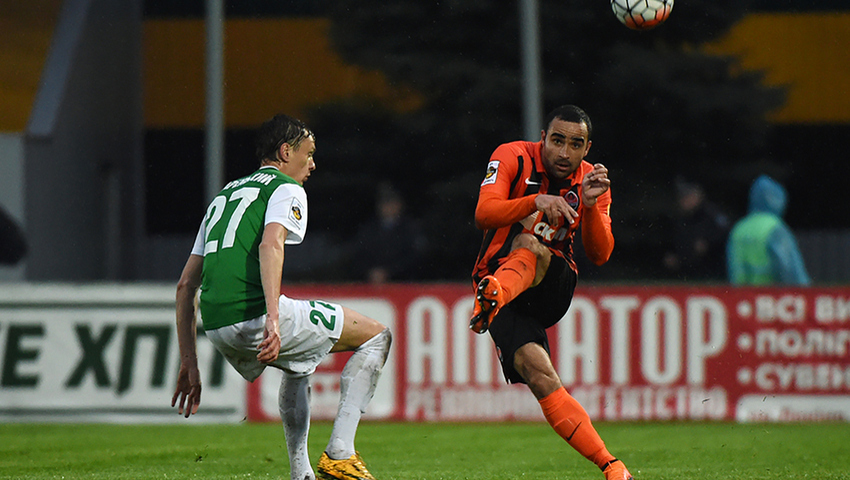 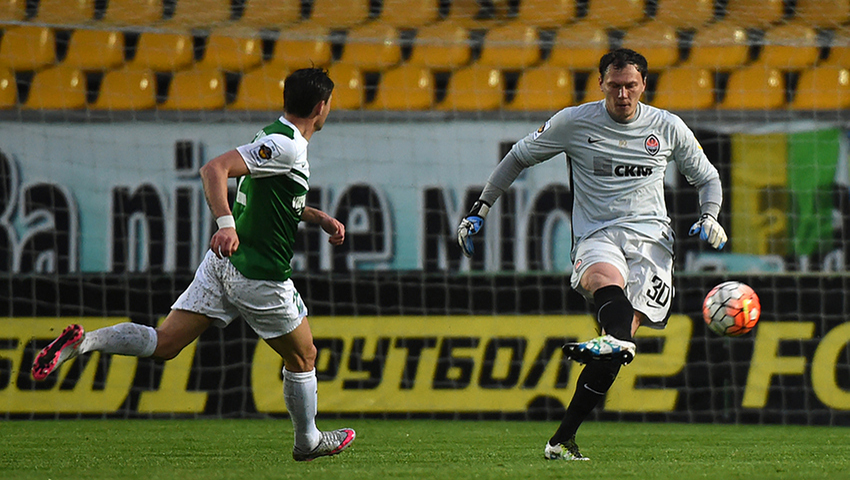 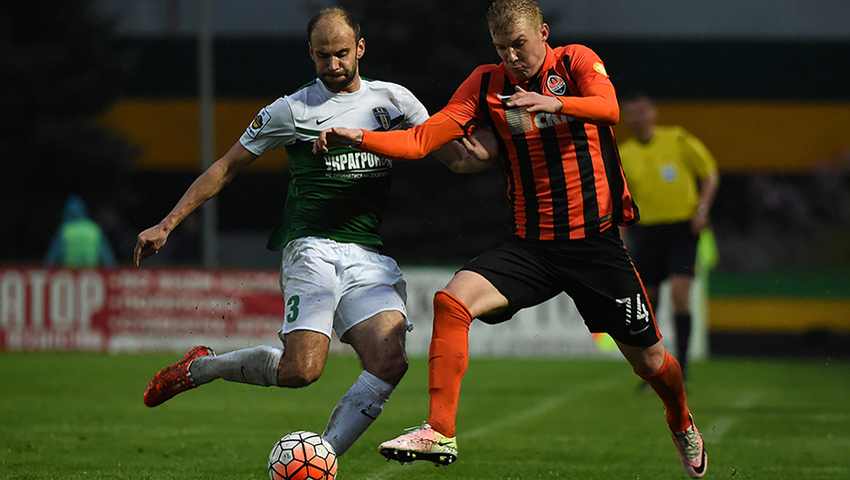 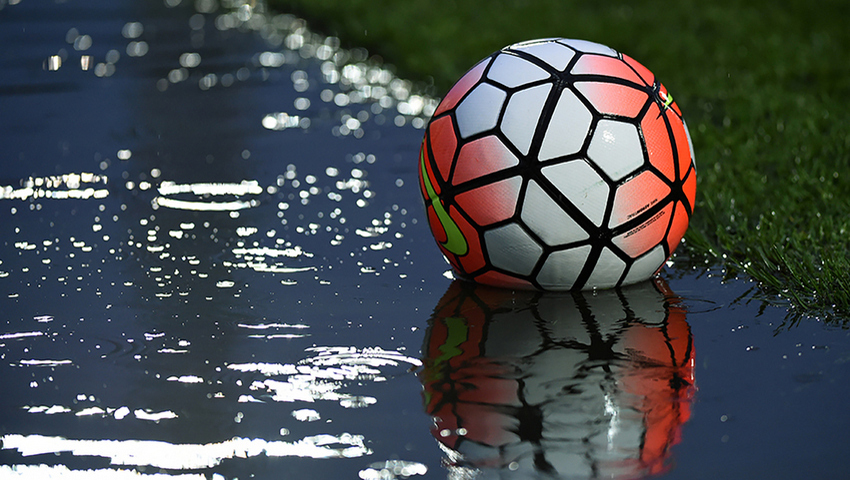 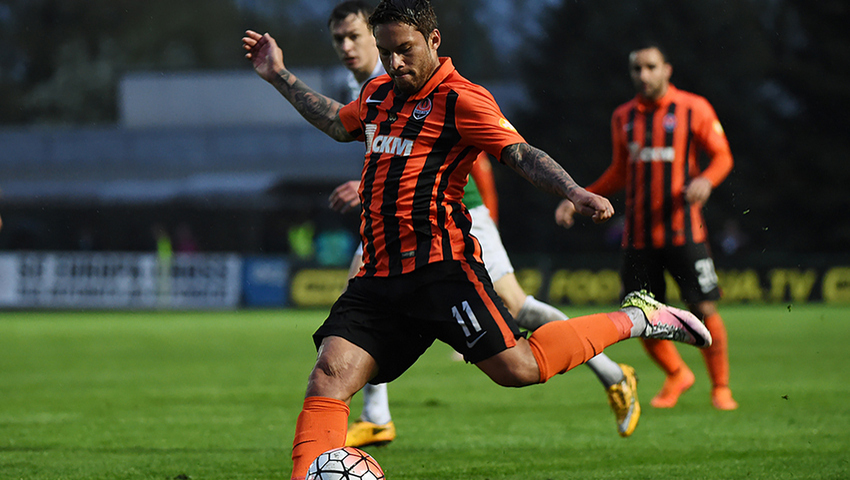 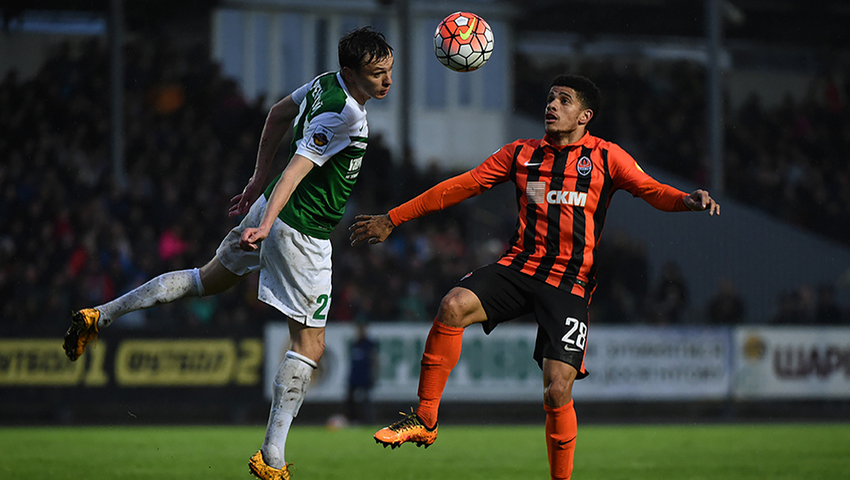 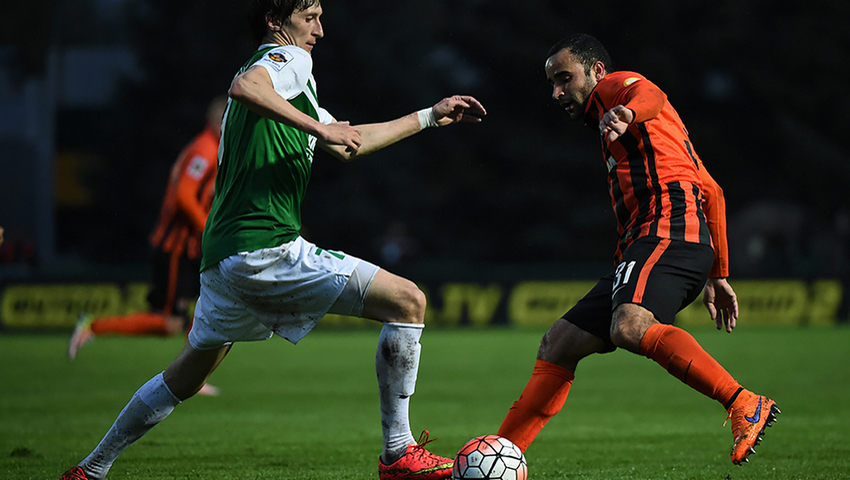 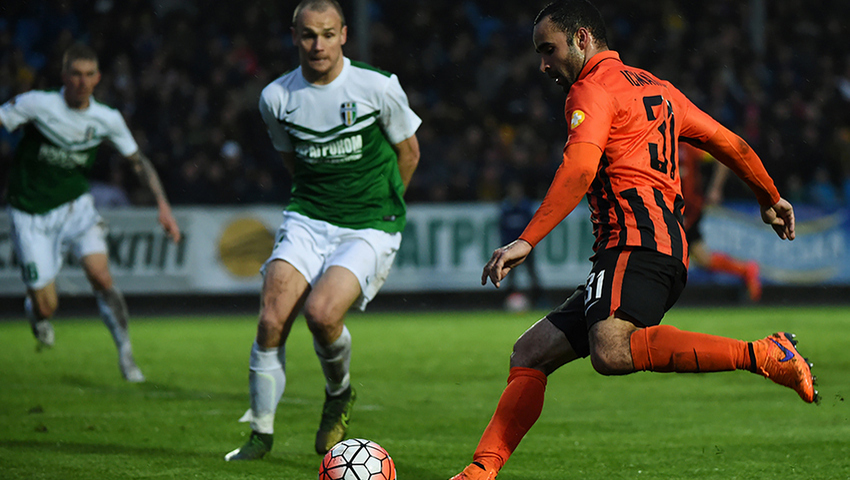 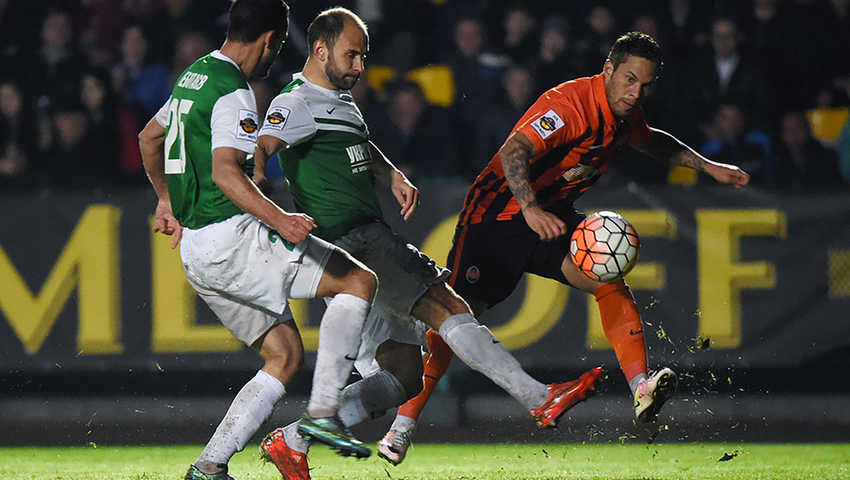 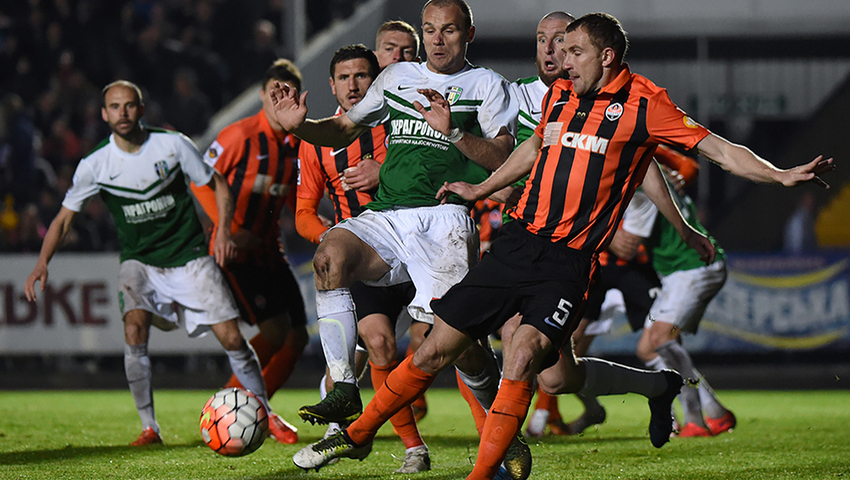 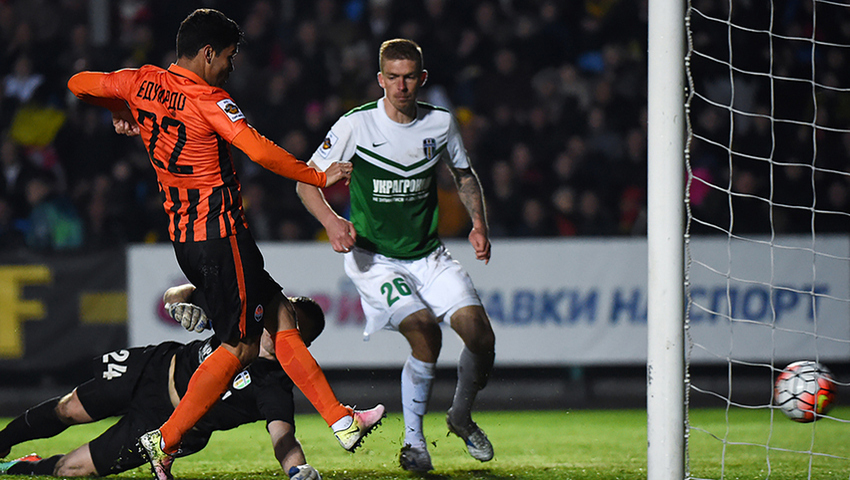 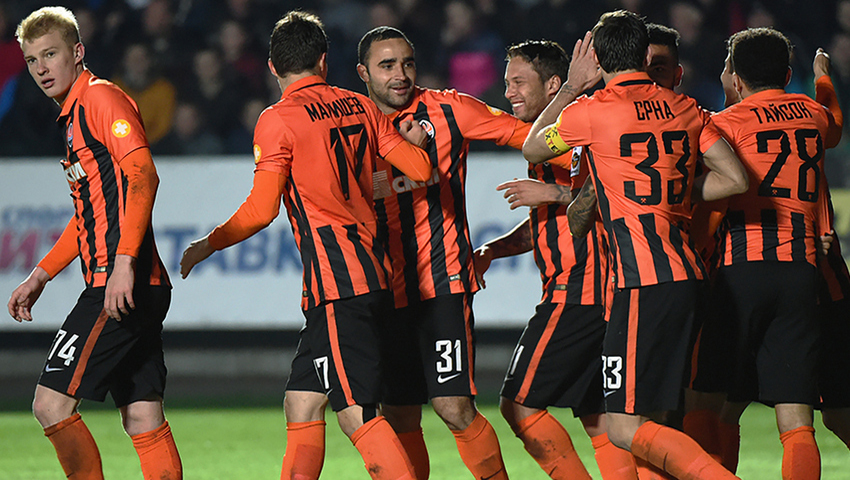 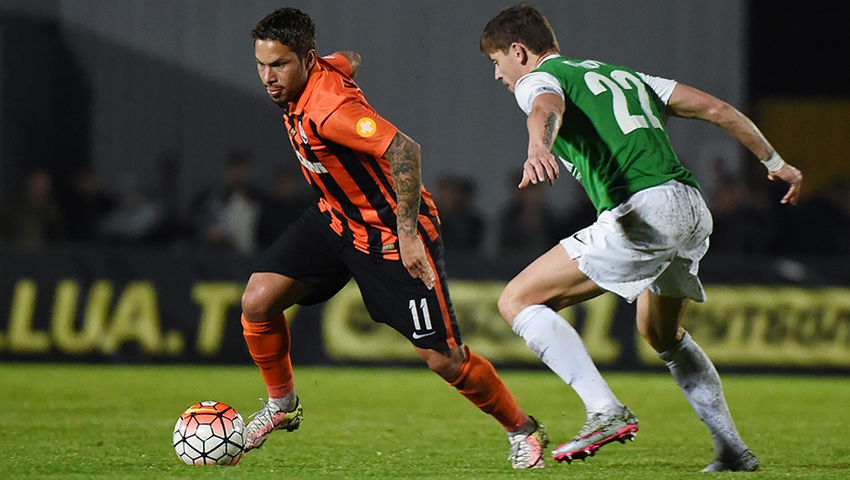 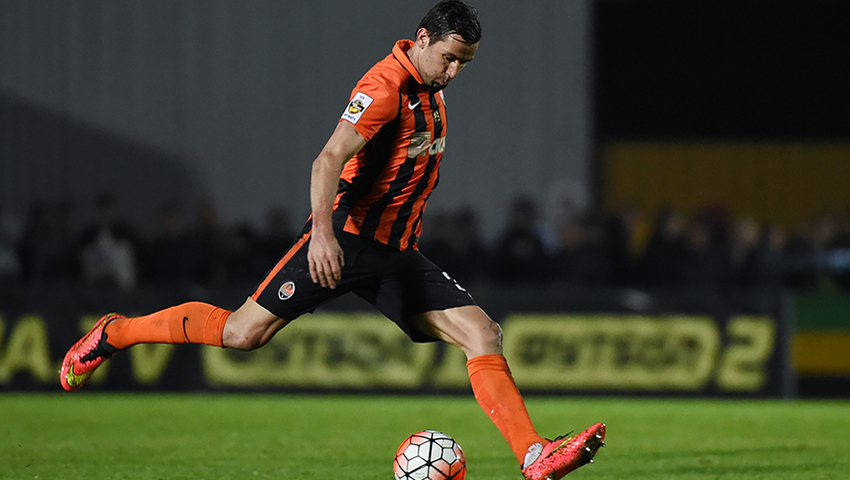 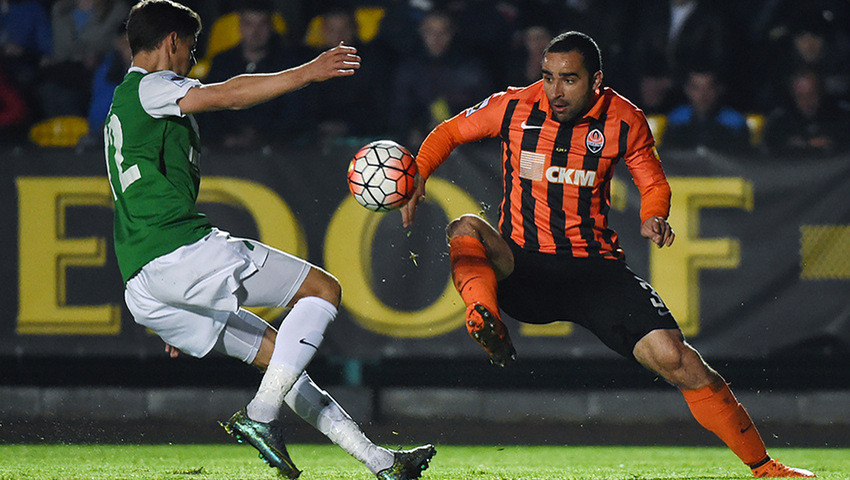 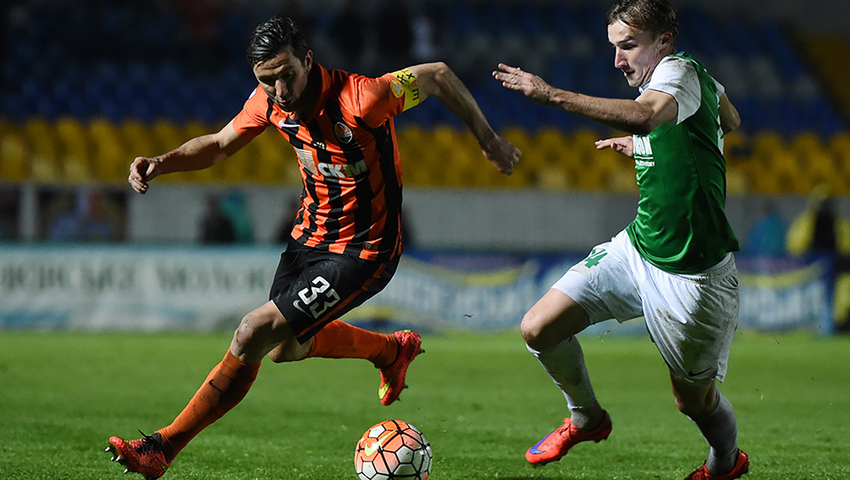 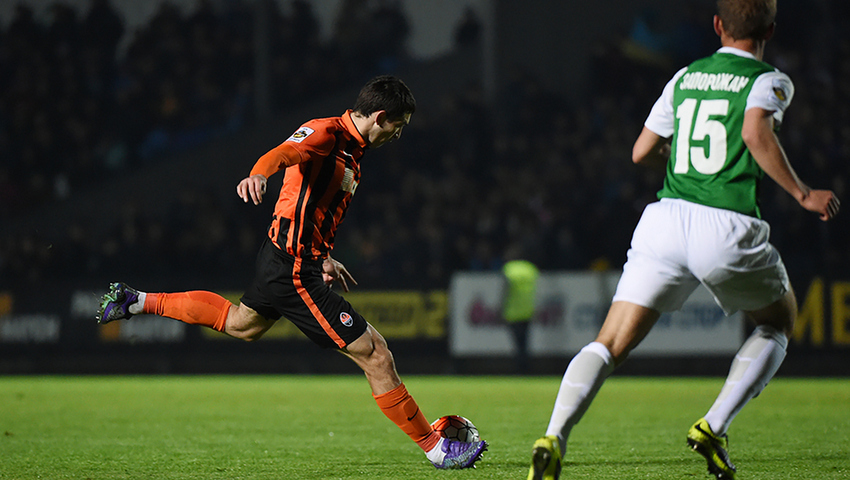 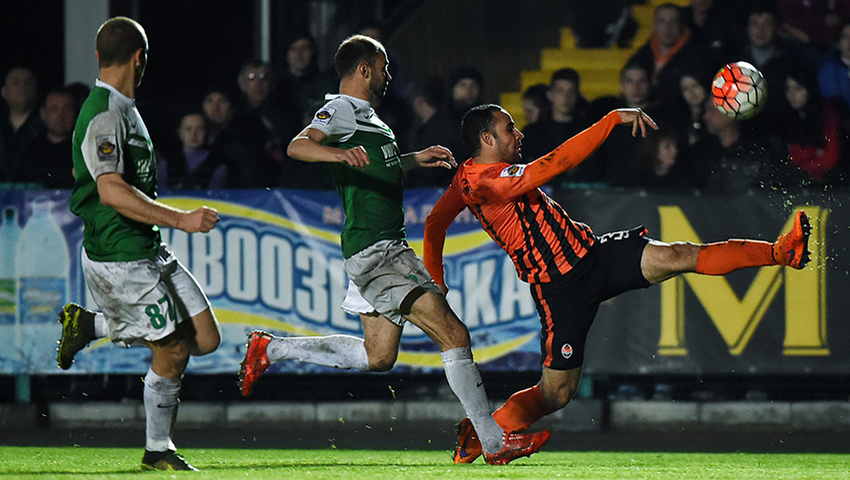 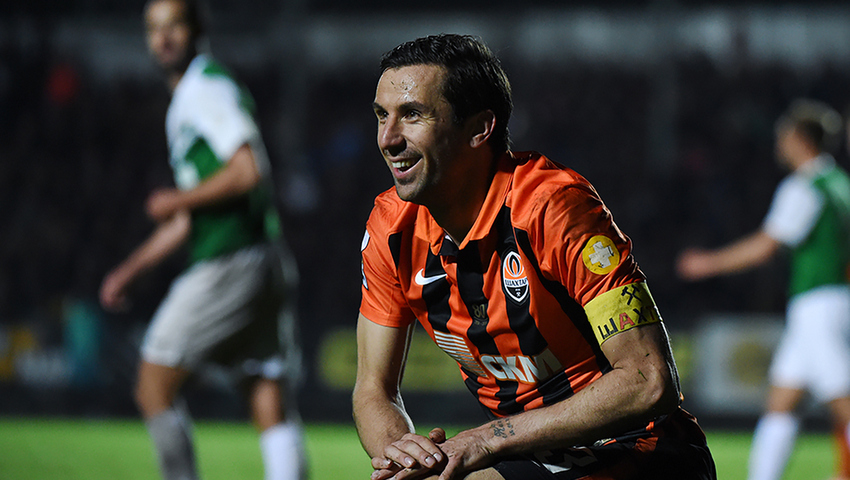