In the third round of the local league the Pitmen will meet with Oleksandriya. Here is a preview of the match

August 7, Lviv, Arena Lviv, 7:30 p.m. Live broadcast on Futbol 1 TV channel
Before the match
Shakhtar is leading the Premier League, having two wins in two rounds. Paulo Fonseca's team is ahead of Dynamo which also has 6 points in accordance to additional criteria. The next teams in the standings are Dnipro and Zorya with 4 points each.
Anton Kanibolotskyi and BernardIn will not take part in the game against Oleksandriya due to injuries.
Referee - Serhii Berezka (Kyiv Oblast) Assistant referees - Yevhen Khalamendik, Serhii Pristupa (both - Kyiv) Fourth official - Mykola Balakin (Kyiv Oblast) Referee observer - Mykhailo Ovchar (Ivano-Frankivsk Oblast)
Opponents
Oleksandriya began the league the away defeat from Dynamo (1: 5), and a home win against Vorskla (3: 2) in the next round. The team is currently 6th in the standings.
This week, Oleksandriya like Shakhtar had a European tournament match. Volodymyr Sharan's squad lost their second leg away game against Hajduk Split and dropped out of the Europa League.
Among Oleksandriya's pre-season transfers we should note the experienced Gitchenko, who previously played for Karapaty, as well as Tsurikov, Zhychikov, and Yaremchuk playing on loan.
Match background
The teams had 8 matches in the local league with Shakhtar winning all of them. Goal difference: 21-6.
The Pitmen had 4 home games with the opponents. Goal difference: 12-1. 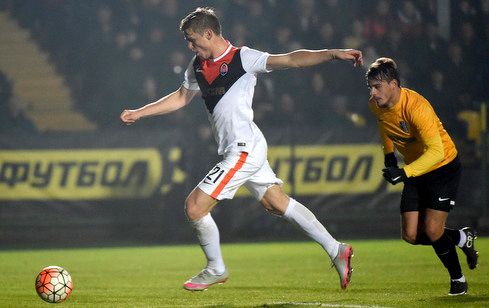