U21. Dynamo vs Shakhtar: match report

In the U21 League round 18, the Pitmen played Dynamo away


Before the match The last match in the autumn part of the U21 championship decided who would be leaving for the winter break as the league leaders. Dynamo scored 44 points in 17 meetings, with Shakhtar having three points less. At the same time, the Pitmen have been demonstrating the most effective attacking in the competition and conceding the least goals (goal difference is 46-10). In the previous meetings both teams won. The Donetsk side proved stronger than Stal (3-0), with Dynamo beating Vorskla away (2-0). In the reported game, Valeriy Kryventsov could not count on the injured top scorer Mykyta Adamenko, instead fielding in the starting line-up the first-team players Oleh Kudryk, Mykola Matviienko and Vyacheslav Tankovskyi. First half The teams started very carefully, waiting for the opponents’ defensive errors. At times, the Pitmen allowed the hosts to dominate possession, building own performance around counterattacks. A few mid-range and long-range shots by Dynamo were parried away by Oleh Kudryk, with the Orange-and-Blacks responding with blistering attacks spearheaded by Oleksandr Mihunov. He still failed to score past Makhankov. Midway through the half, Shakhtar stole initiative and tried to approach the goal of the White-and-Blues, still lacking the finishing pass. 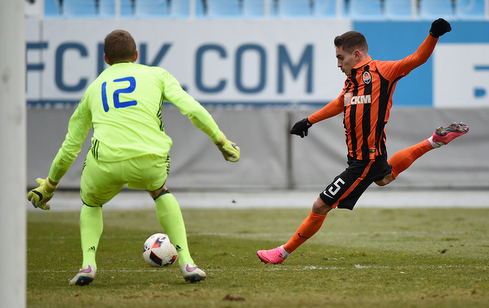 A few mid-range and long-range shots by Dynamo were parried away by Oleh Kudryk, with the Orange-and-Blacks responding with blistering attacks spearheaded by Oleksandr Mihunov
Second half After the break, the teams raised pace and attacked more actively. To differ from Dynamo, who orchestrated their attacks for long with all their intentions being easily read by Shakhtar defenders, the Orange-and-Blacks’ moves led to some dangerous situations near the hosts’ goal. Ihor Kiryukhantsev got the ball on his right wing, entered the penalty area and passed it to the oncoming Danylo Ihnatenko, with the midfielder not succeeding to shoot. Mihunov nearly found himself one-on-one with the goalkeeper, with Dynamo defender stopping him at the expense of a yellow card in the last moment. Oleksiy Zinkevych was performing a promising shot, but hit the wall. The major moment of the match occurred in the 85th minute. After Ihnatenko’s long-ranger, the host captain Lukyanchuk stopped the ball by hand in the penalty area, with the referee pointing to the spot without hesitation. Zinkevych stepped up  and took a shot, with Makhankov reaching for the ball in the left corner. The outcome is 0-0, with U21 teams of Shakhtar and Dynamo being unable to clarify the stronger side in the head-to-head encounter and leaving for the winter break. The league season will resume at the end of February 2017.


Oleksandr Pikhalyonok, Shakhtar U21 captain: - Today we have played more defensively. The objective was to catch the opponents on the counter. We operated in a very organised way and tried to put pressure on them in front. We covered the spaces well, with Dynamo creating next to nothing near our goal. Both sides played cautiously. I think that if one of the teams had scored, the game would have been more open. Why I did not take the spot kick? Because in the game against Dnipro I failed to convert a spot kick, never again stepping up to take one after that accident. I just wasn’t confident for 100%. It’s a pity that I haven’t produced a shot on target today. But another half of the league season is still ahead, so we will fight for the league title. 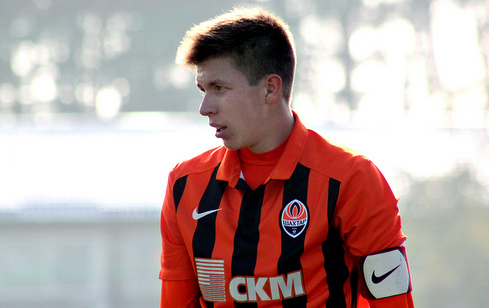 Today we have played more defensively. The objective was to catch the opponents on the counter. We operated in a very organised way and tried to put pressure on them in front
Ihor Kiryukhantsev, Shakhtar U21 defender: - We prepared only to win today, we really wanted to claim the three points. But it so happened that we didn’t convert our chances. The plan was to operate on the counter, pulling Dynamo closer to midfield in order to have some open spaces. When they charged forward, exposing their wings, we had the opportunity to take advantage of that space. It’s a bit sad that we didn’t use our chances and did not convert the spot kick. We were planning to leave for a vacation as the league leaders, but it didn’t work. 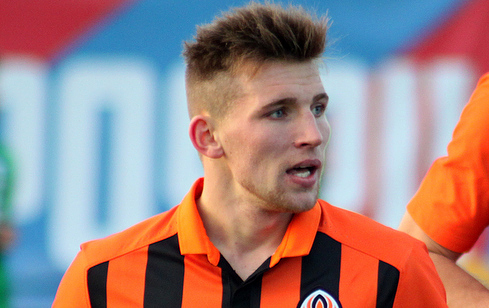 We prepared only to win today, we really wanted to claim the three points. But it so happened that we didn’t convert our chances 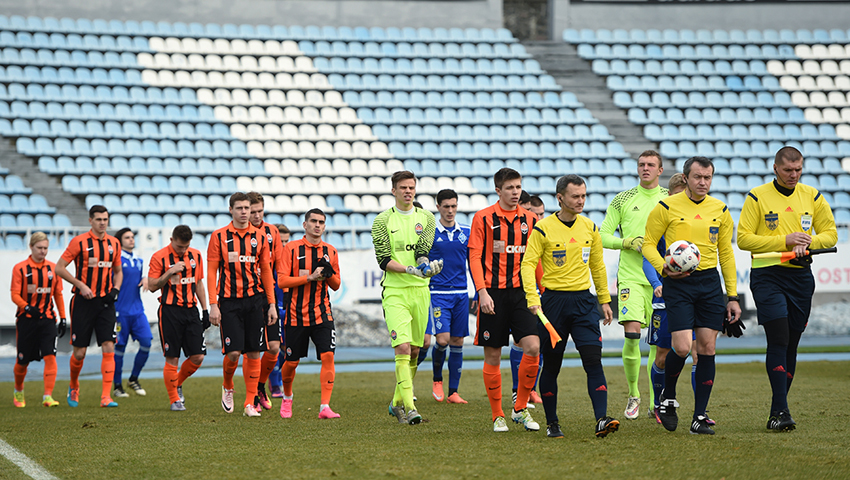 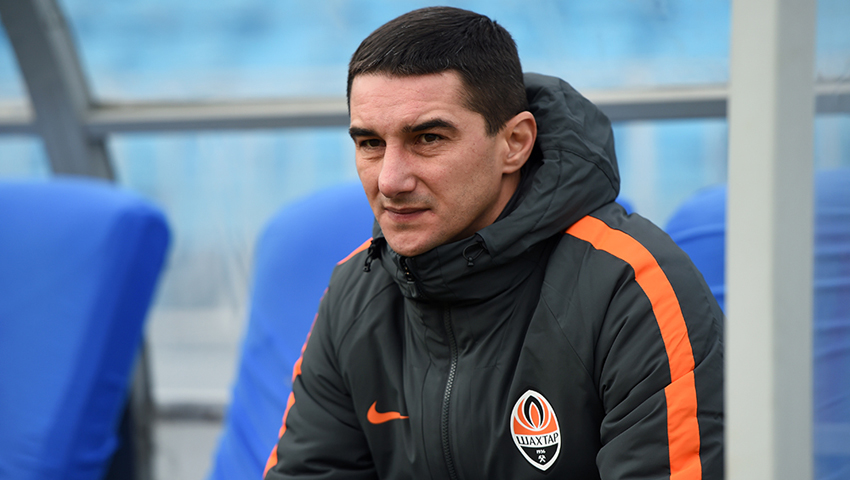 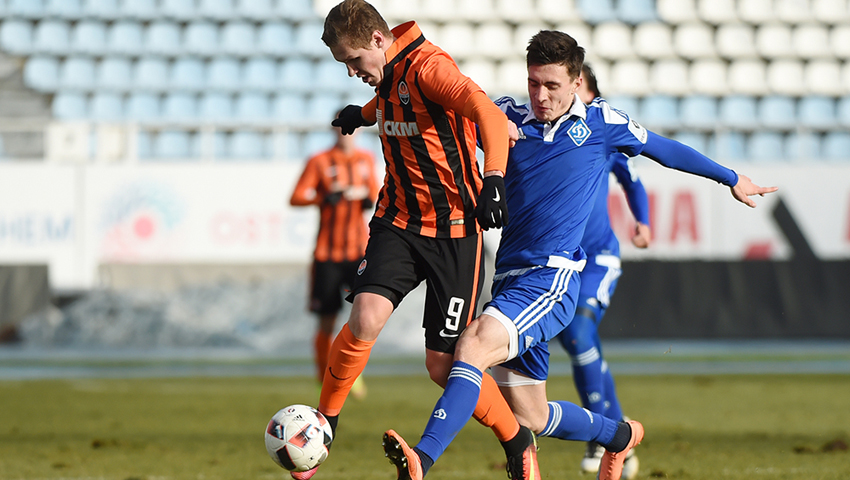 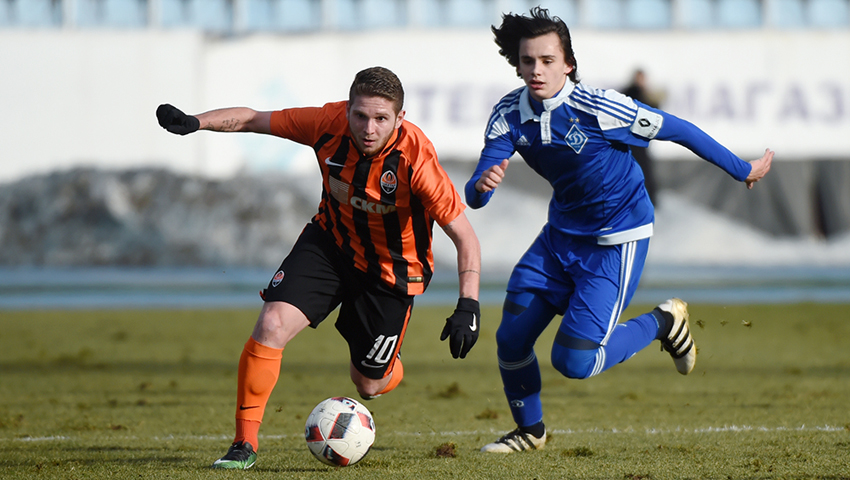 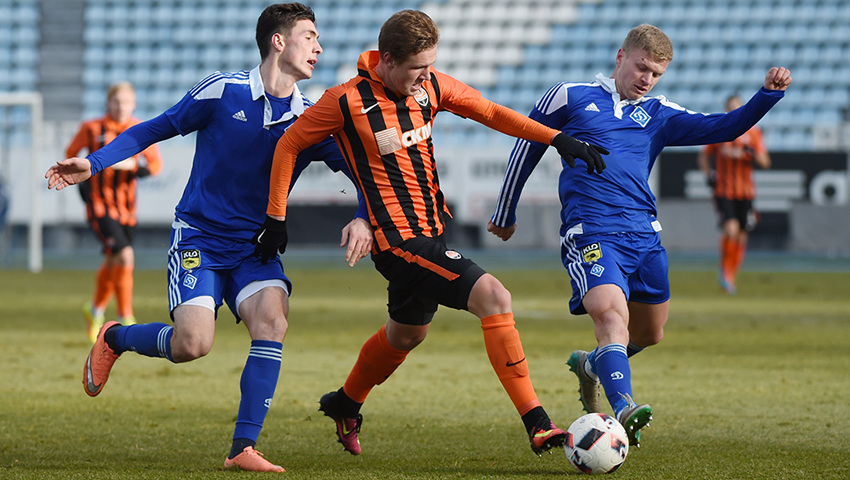 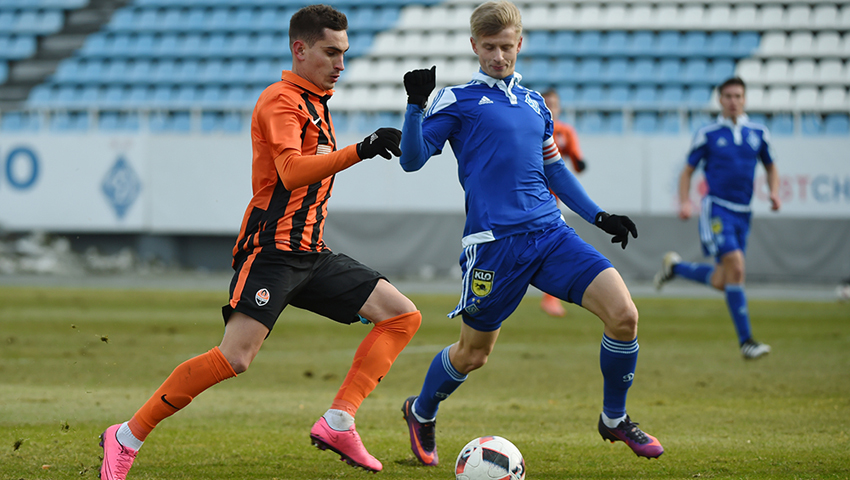 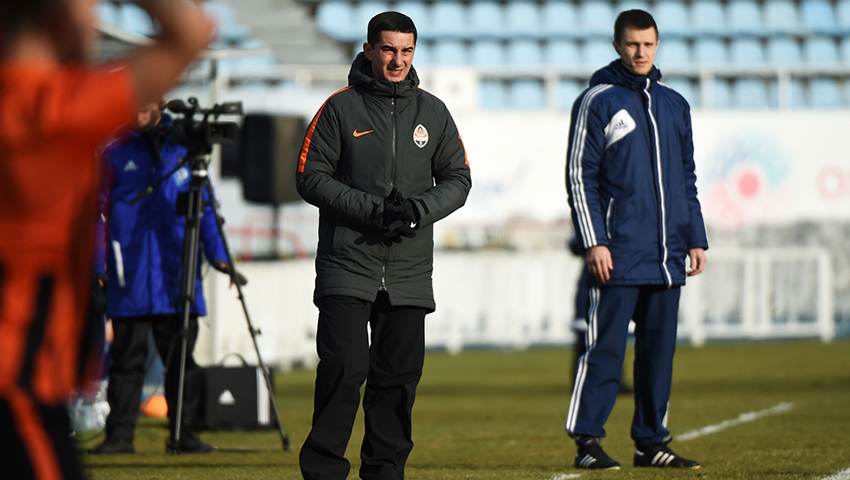 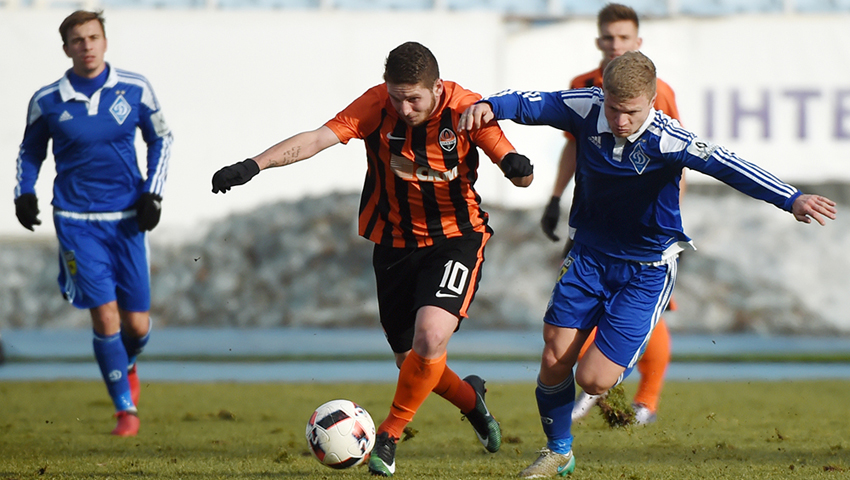 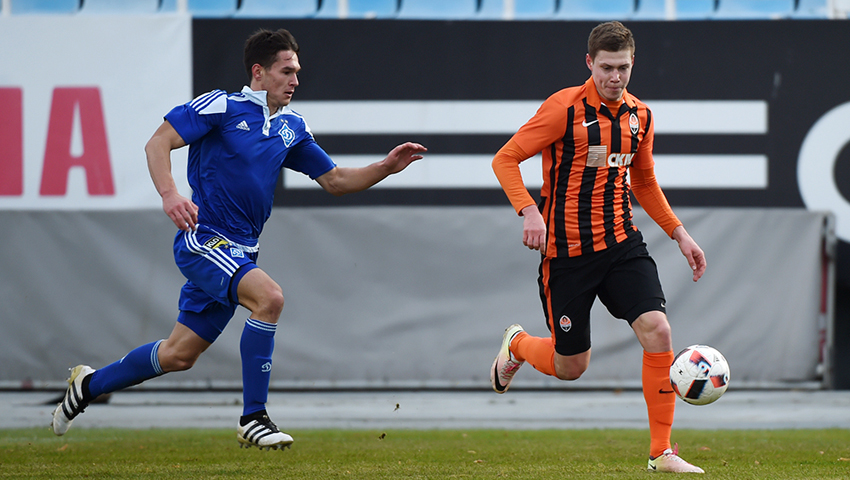 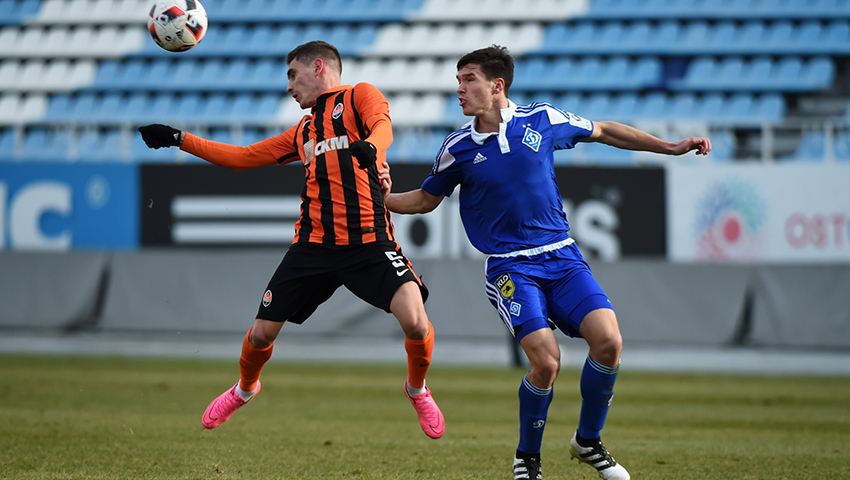 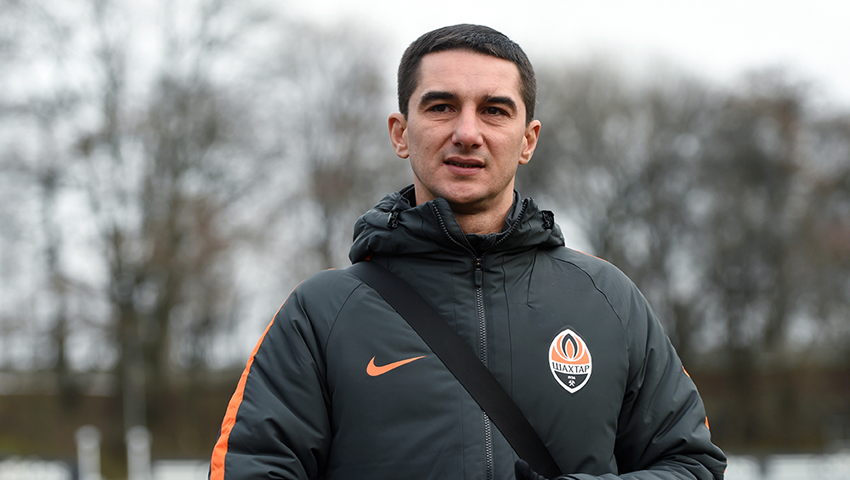 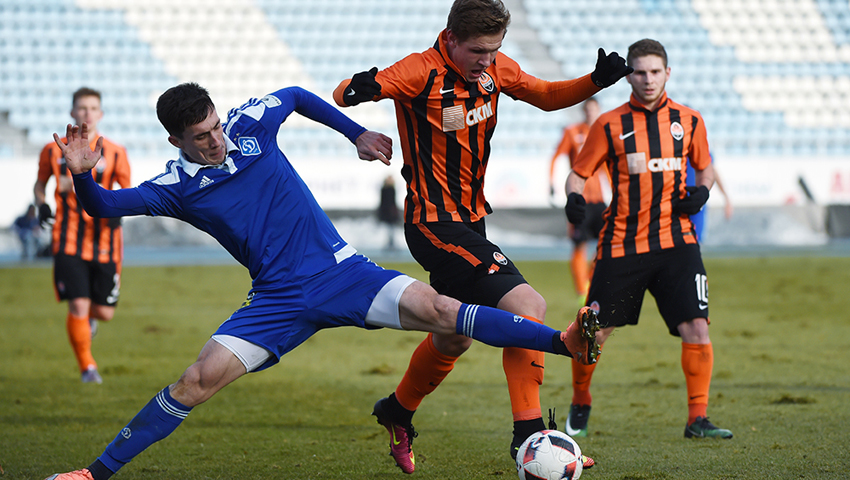 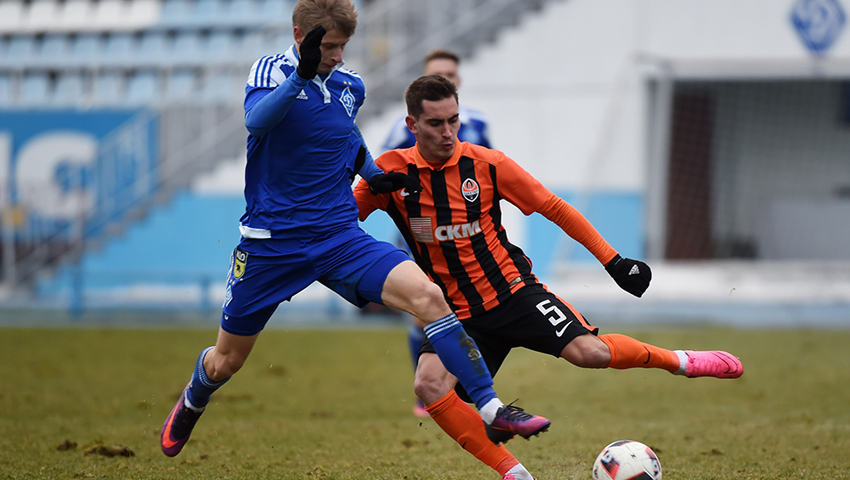 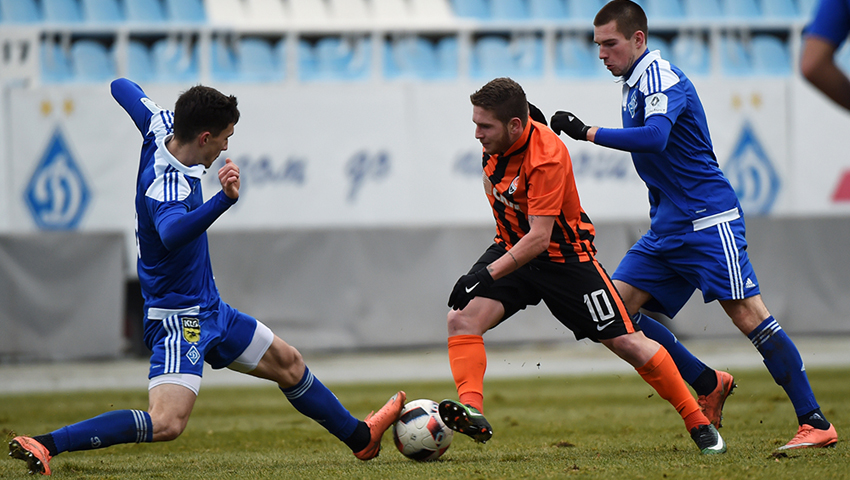 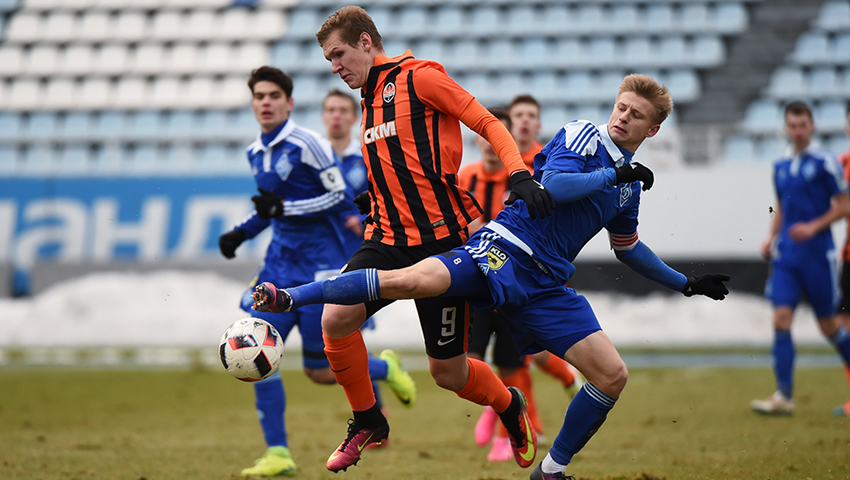 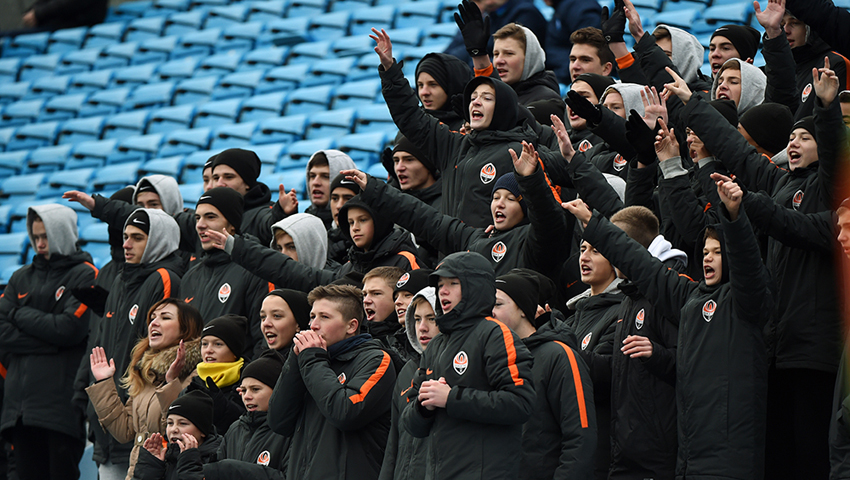 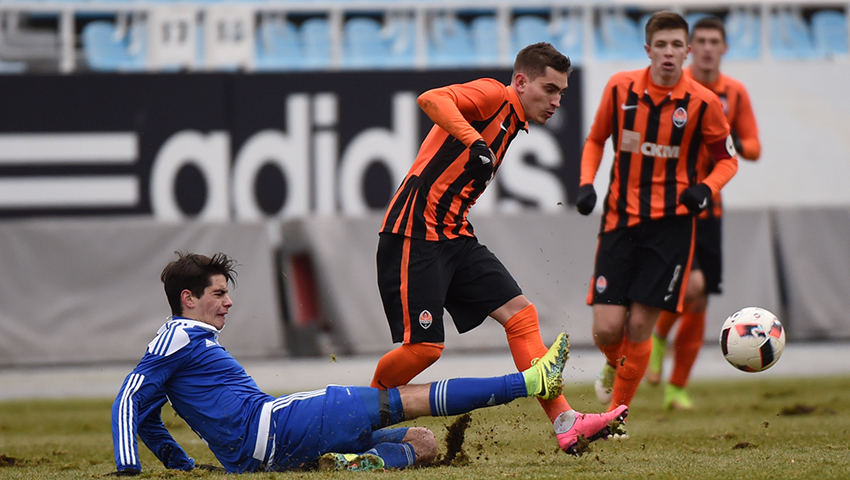 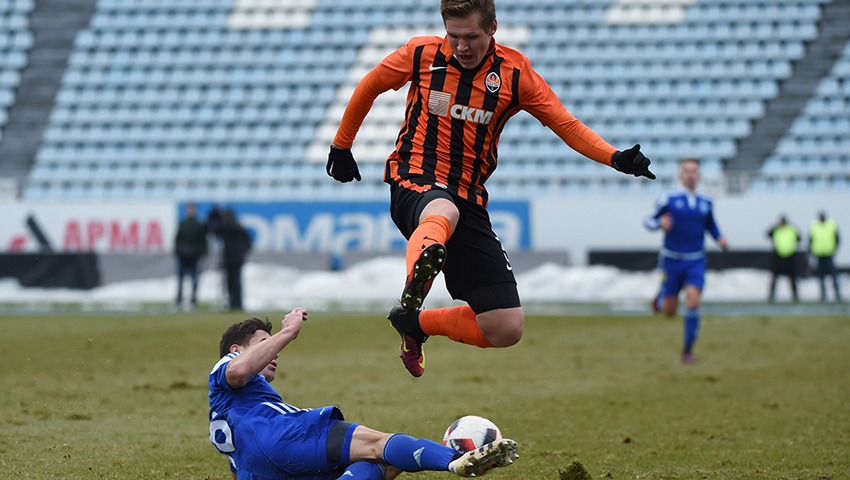 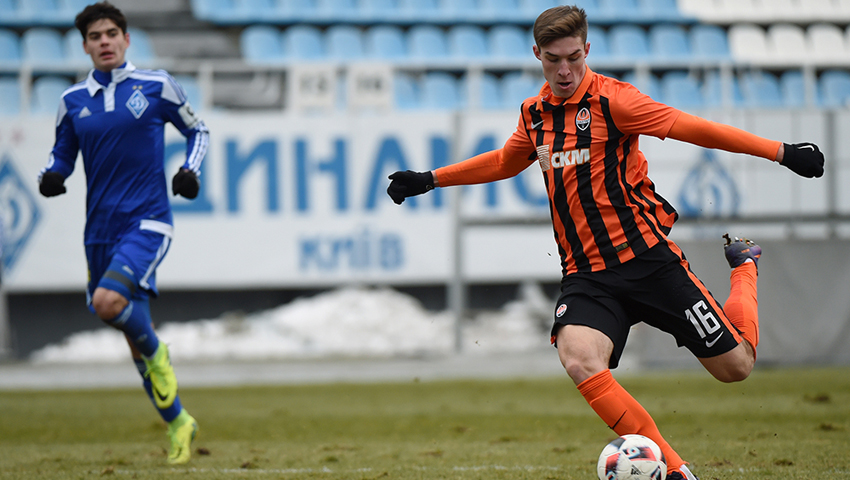 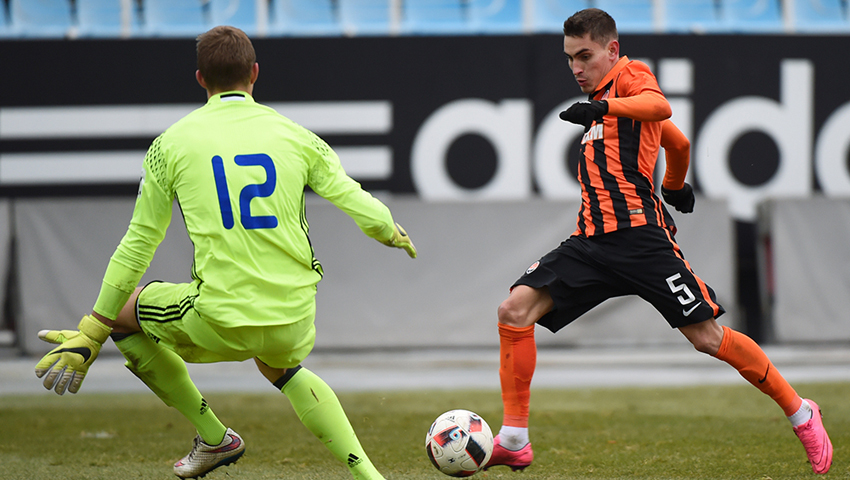 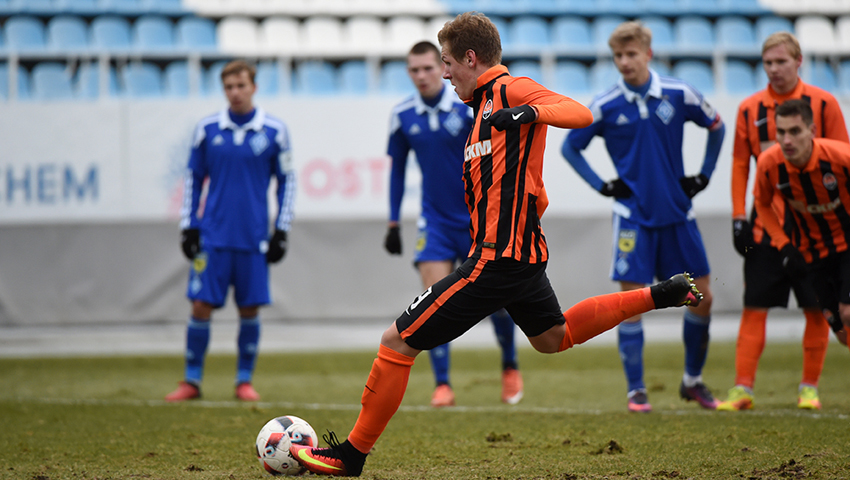 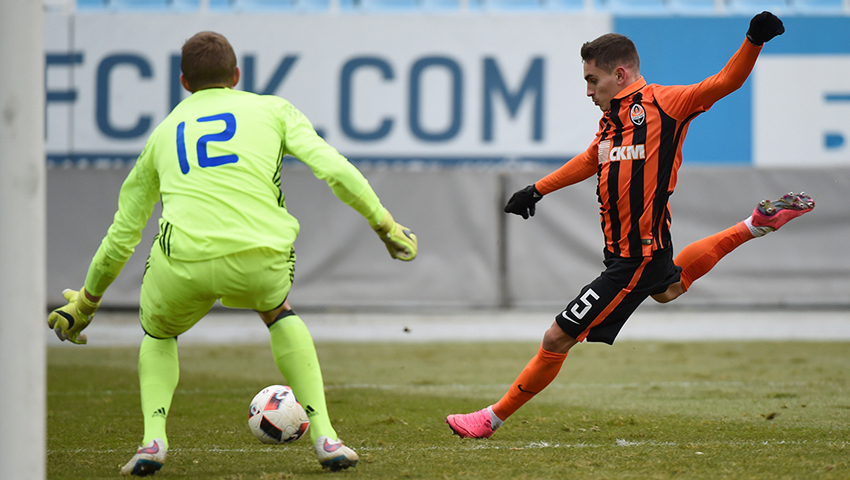 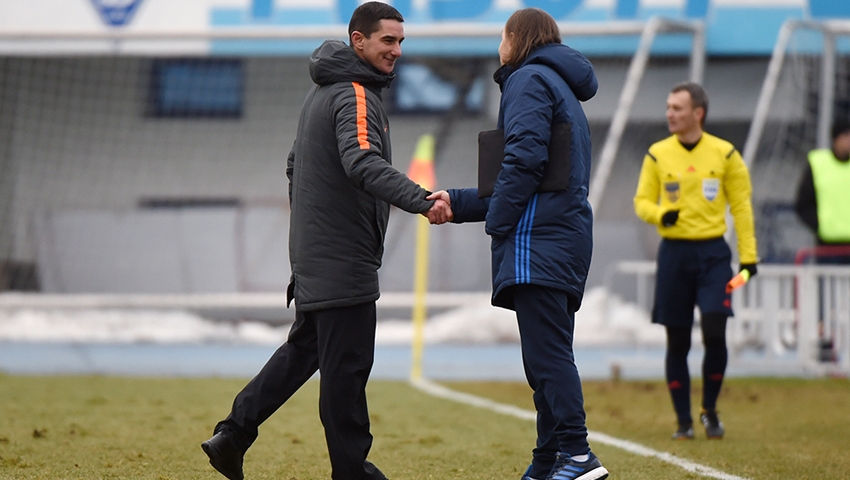 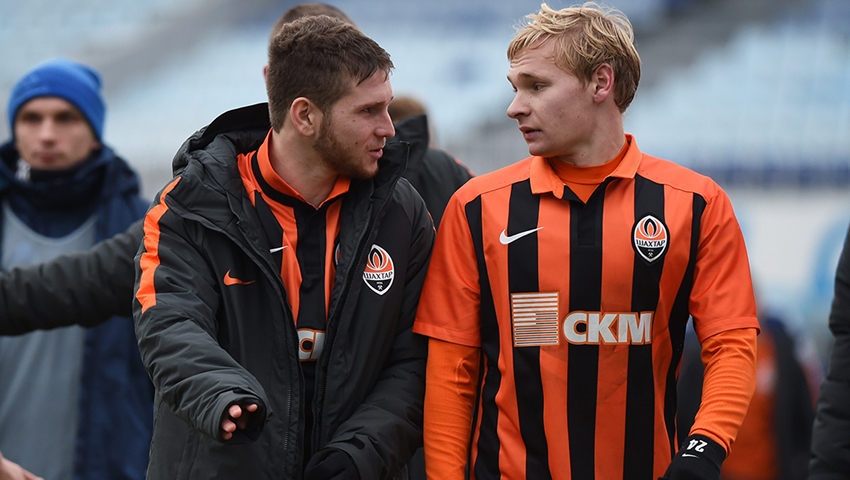 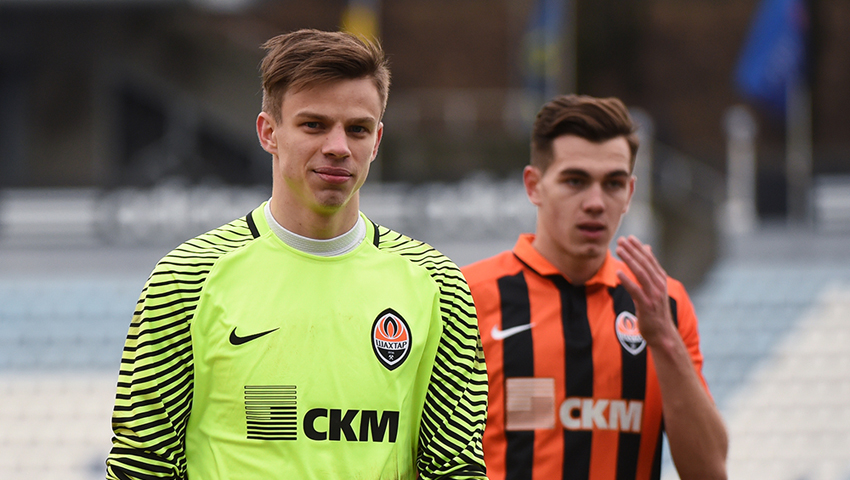 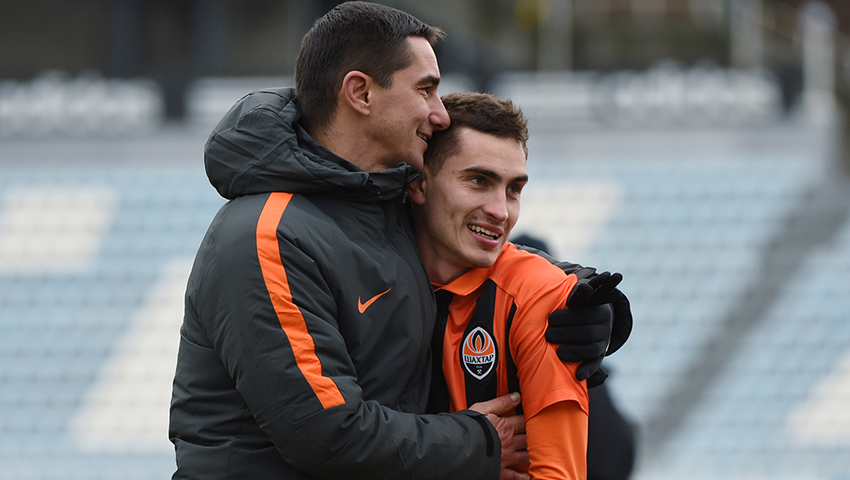