In the 6th round of the Europa League group stage, the Orange-and-Blacks are to play Braga away. We bring you the game preview

December 8, Braga, Estádio Municipal de Braga, 18:00 Live broadcast on Ukraina and Futbol 2 TV channels
Before the match
Immediately after the draw, it was clear that the upcoming meetings would be special for the Orange-and-Blacks’ head coach: Paulo Fonseca, who was in charge of Braga last season, would arrive for the first time to the town of Braga with his new team.
Shakhtar secured their Europa League knockout-stage berth as the top team in the group even before the fifth round. Nevertheless, the outcome of the meeting with Konyaspor showed that the Pitmen are going to go through this stage of the competition with 100% efficiency. In case of defeating Braga, the Donetsk team will score maximum points in the group stage of European competitions for the first time in their history.
On December 5, Shakhtar held a recovery session after the Ukrainian League game against Stal. For the next two days, the team will train on the pitch of Bannikov UTC, and on Wednesday afternoon they will fly to Portugal.
Due to suspension, Taras Stepanenko will miss the upcoming meeting. 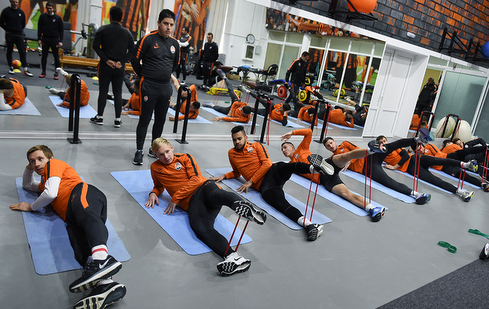 On December 5, Shakhtar held a recovery session after the Ukrainian League game against Stal
Referee – Ali Palabiyik (TUR) Assistant referees – Cem Satman, Ceyhun Sesiguzel (TUR) Additional assistant referees – Alper Ulusoy, Yasar Kemal Ugurlu (TUR) Fourth official – Ekrem Kan (TUR)
Opponents
To secure the second spot in the group, Braga need to beat Shakhtar. The Portuguese team are just one point ahead of Gent, so in the event of failure they will be expecting the Belgians not to be able to beat Konyaspor away.
After the Europa League matchday 5, Braga had two games in the Portuguese league. In the home game against Feirense, the charges of Jose Peseiro claimed a 6-2 win (braces by Fonte and Wilson Eduardo, as well as goals by Hassan and Horta). And on Saturday the Pitmen’s opponents lost to Porto 0-1 at Estadio do Dragao, letting the Dragons claim the third spot. However, the Primeira Liga standings reveal that the title race is still ahead.
Match background
All five games against Braga ended in Shakhtar winning. The goal difference is 13-1. The Portuguese team hosted two games, in which the Orange-and-Blacks have scored a total of five goals and conceded one. 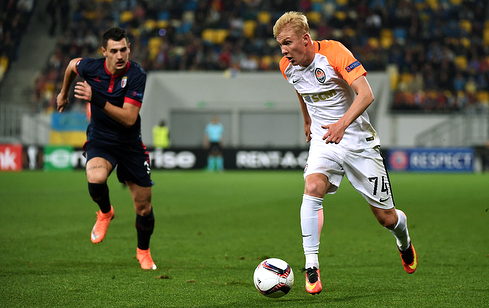