In the 1st round of the U21 League, Shakhtar U21 received Zirka Kropivnytskyi

U21 Championship. 1st round. July 21, 2016. Schaslyve. Knyazha Arena. 15 oC. Att: 100. Shakhtar U21 (Donetsk) 6-0 (3-0) Zirka U21 (Kropivnytskyi)  Goals: 1-0 Adamenko (10), 2-0 Boriachuk (15), 3-0 Pikhalyonok (41 pen.), 4-0 Arabidze (66), 5-0 Mihunov (69), 6-0 Zubkov (90+3) Shakhtar: Hrytsenko, Kiryukhantsev, Kacharaba, Bezuhlyi, Matviienko, Mihunov, Hlushchuk (Zinkevych, 65), Pikhalyonok (c) (Korobenko, 72), Boriachuk (Arabidze, 65), Zubkov, Adamenko (Arendaruk, 80) Unused subs: Yefanov, Hrachev, Ichuaidze Head coach: Valeriy Kryventsov Coaches: Yevhen Kotov, Dmytro Shutkov, Volodymyr Rashevskyi Zirka: Kobel, Pashko, Mankovskyi, Smichenko, Baydaluk (Kutsev, 89), Pankovskyi, D. Sidelnyk, Kernozhytskyi (c), Zamurenko (Sedov, 65), Panchenko (Chenakal, 56), Kapelyan (Chernienko, 72) Unused subs: M. Sidelnyk, Kozachenko, Dovzhenko Head coach: Dario Hernan Drudi Referee: Yaroslav Kozyk (Mukachevo) Booked: Boriachuk (20) Before the match Valeriy Kryventsov debuted as Shakhtar U21 head coach. In Shakhtar starting line-up, Oleksandr Mihunov and Yuri Hlushchuk appeared afterreturning from being on loan, alongside with the trio Matvienko-Boriachuk-Zubkov, who were on a training camp with the first team. The captain’s armband was entrusted to Oleksandr Pikhalionok. For the newly formed Zirka U21 this match was the first official game in the team’s history. The Kropivnytskyi team were prepared by a Spanish coach Dario Hernan Drudi. First half The Pitmen created their first chance as early as the third minute: Zirka defender prevented Mykyta Adamenko from scoring a goal. Shortly afterwards, however, the score was opened. Oleksandr Zubkov on the right flank fed it into Ihor Kiryukhantsev’s path, followed by a cross into the penalty area and Mykyta Adamenko hammering it into the back of the net – 1-0. It took only five minutes for Mykyta to act as an assister. Near the opposing penalty area, he won the ball from a defender, lured the goalkeeper and passed it to Andriy Boriachuk, who fired it into an empty net – 2-0. Both before and after that, the charges of Valeriy Kryventsov fully controlled the developments on the pitch and dominated possession for about 90 minutes of the playing time. The Orange-Blacks’ attacks got wider owing to regular connections by the wingbacks Matviienko and Kiryukhantsev, but heavy pitch did not allow them to play fluidly. The Donetsk team managed to score the third goal just before the break. Zirka defender had a handball in his own penalty area, with Oleksandr Pikhalyonok perfectlyconverting a spot kick to make it 3-0.

Zirka defender had a handball in his own penalty area, with Oleksandr Pikhalyonok perfectlyconverting a spot kick to make it 3-0

After the break, the game pattern remained unchanged: Shakhtar continued to make those all-out attacking moves, with Zirka managing to stop the attacks for some time.Oleksandr Zubkov tested the away keeper’s reflexes – Kobel pulled the ball from under the crossbar. On 65 minutes, the Pitmen earned a dangerous free kick, and in the resulting break Valeriy Kryventsov made a substitution, fielding Zinkevych and Arabidze. Giorgi immediately went to take a set piece and bent the ball past the wall into the near corner – 4-0. And almost immediately, Oleksandr Mihunov struck it past the keeper from close range, netting the fifth goal against Zirka. And just a second away from time, Oleksandr Zubkov headed an Arabidze cross home.

6-0 - Shakhtar U21 kicked off the season with a beautiful win at Zirka. Valeriy Kryventsov’s outfit will play their next game in Odesa, on July 29, against Chornomorets.

- We had a good match today. We had the right mind-set and completely outplayed the opponents. We realized almost everything we worked on during training. Of course, the early goal helped a lot - it loosened us up. Despite the fact that Zirka's whole team was playing defence, we managed some good attacks. Even when the score became 3-0, we did not slow the pace, and continued to play our own game, scoring three more times. I think this victory will give everyone confidence and psychological advantage over our opponents in subsequent games.

Even when the score became 3-0, we did not slow the pace, and continued to play our own game, scoring three more times
Oleksandr Mihunov, Shakhtar reserve team midfielder: - This season, we have a good and promising team. We are aiming for nothing else but the championship title - that is our goal, and this is what the coaching staff is preparing us for. Today we had our first official match, and the goal was to be well focused and achieve positive results. Valeriy Kryventsov asked us to be careful in gathering the ball, and to try to retake the ball immediately when lost. Therefore, we had a permanent territorial advantage and created a lot of opportunities, not allowing the opponents to do anything at all. It is also important that we demonstrated good performance readiness for which I would like to personally thank our fitness coach Volodymyr Rashevskiy. 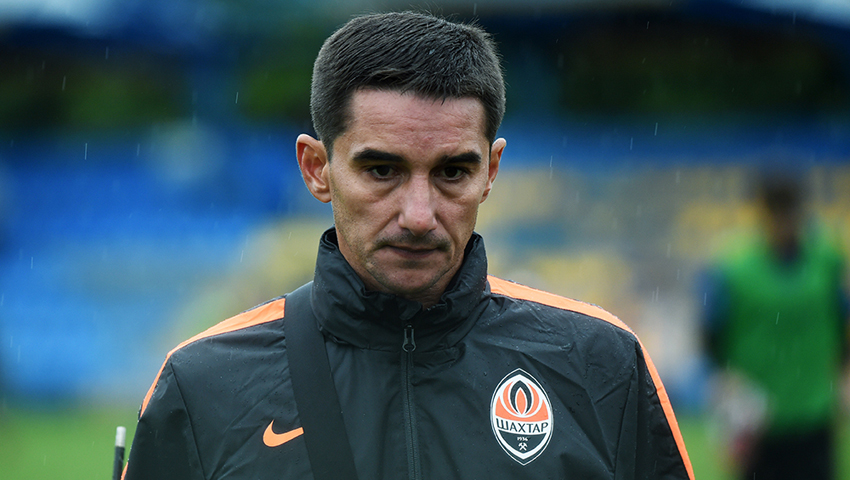 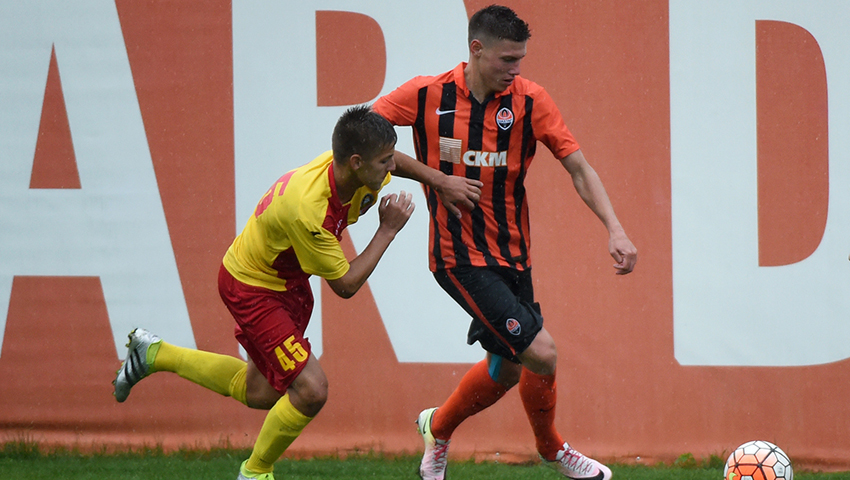 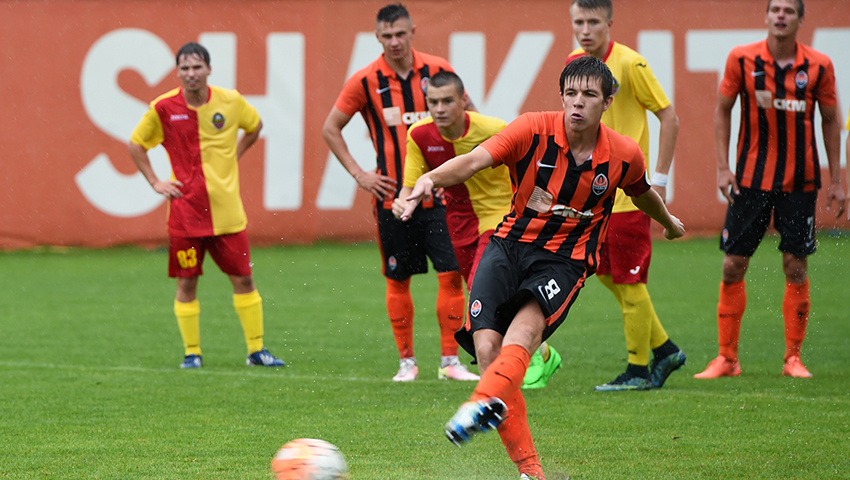 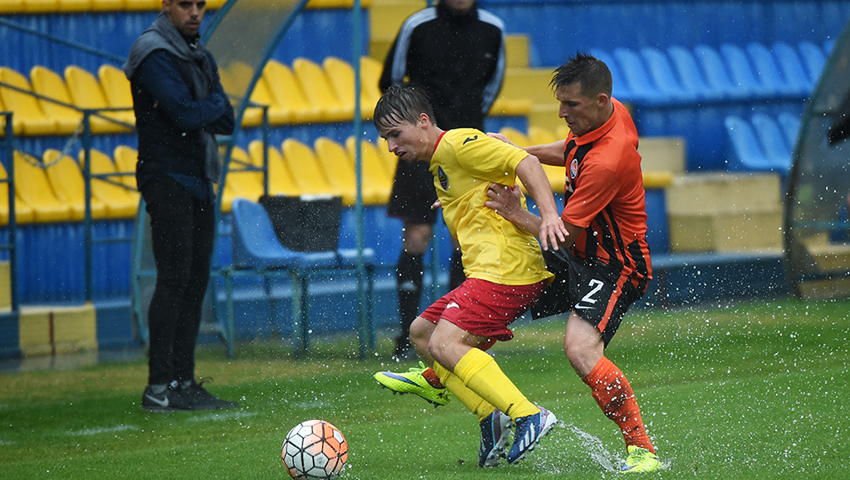 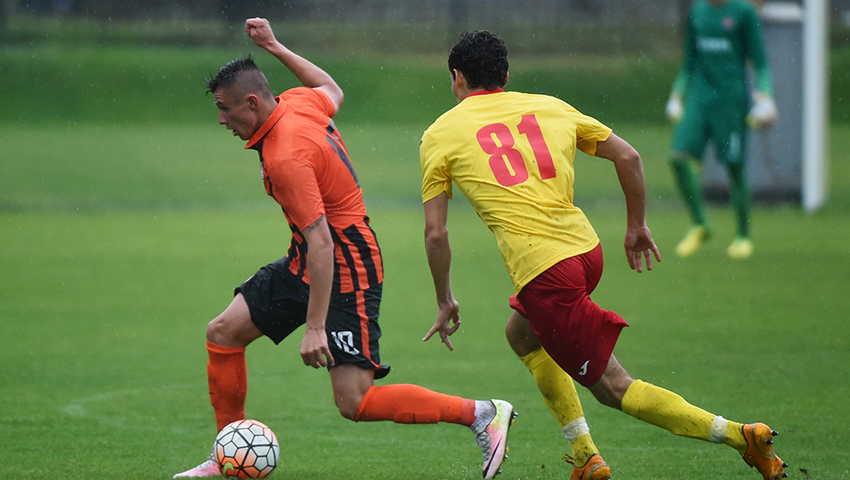 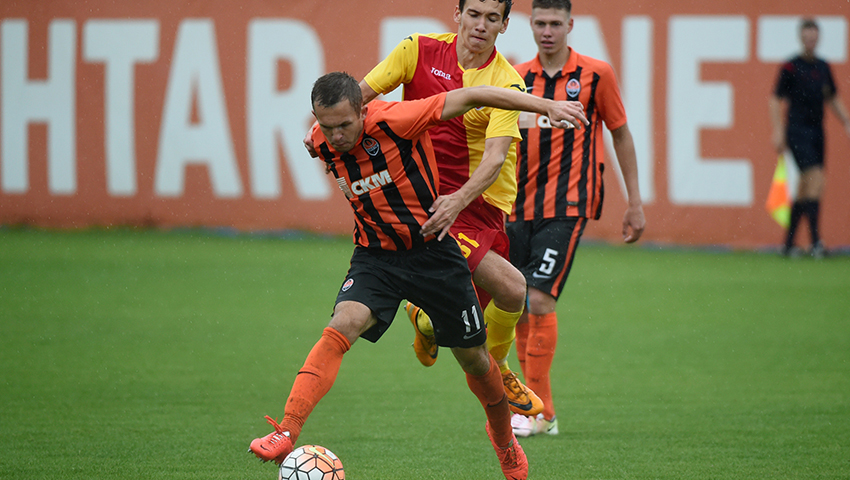 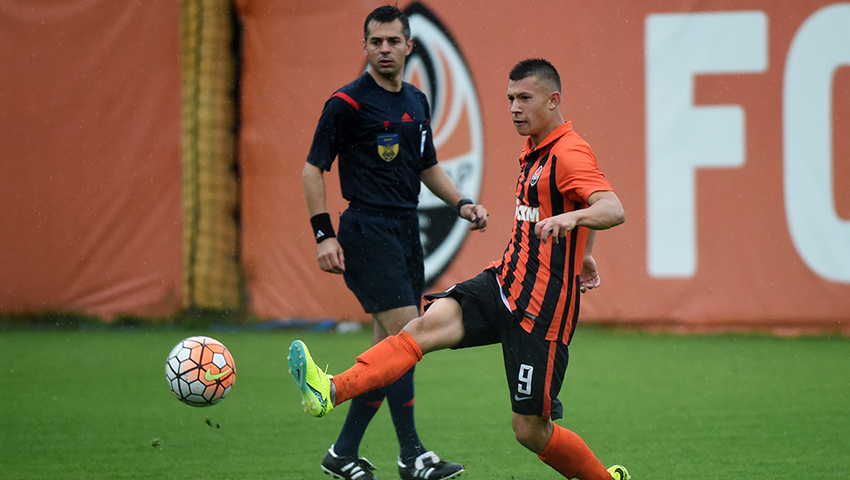 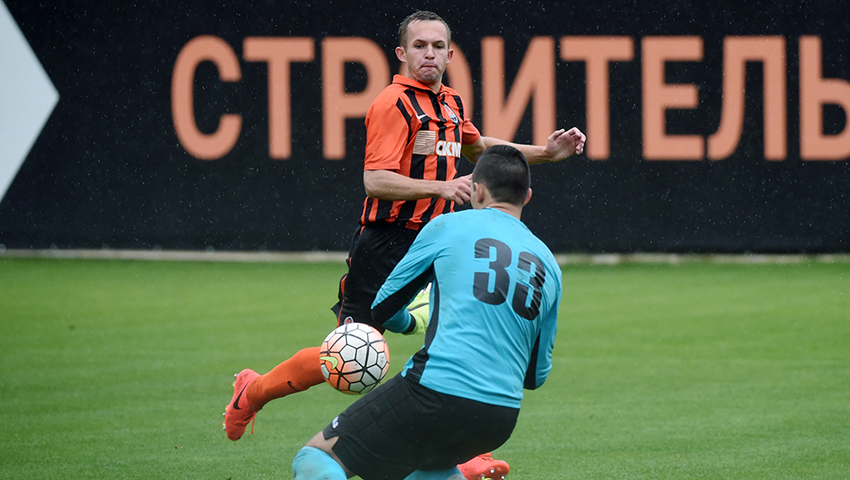 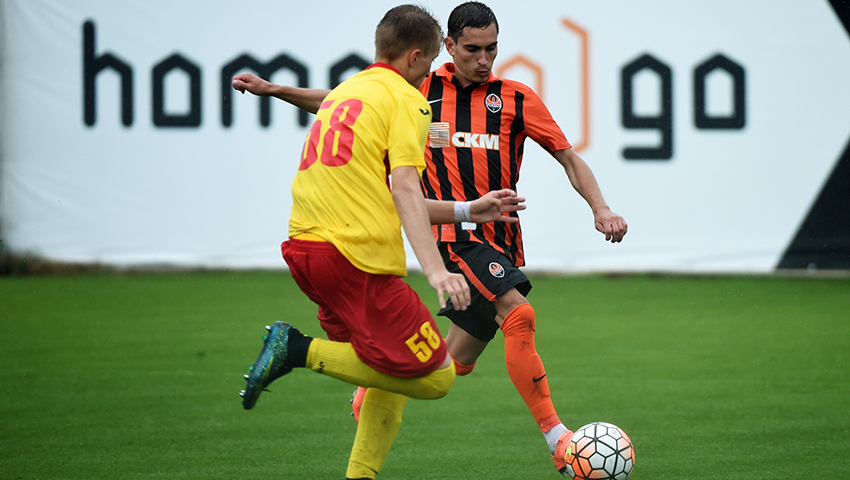 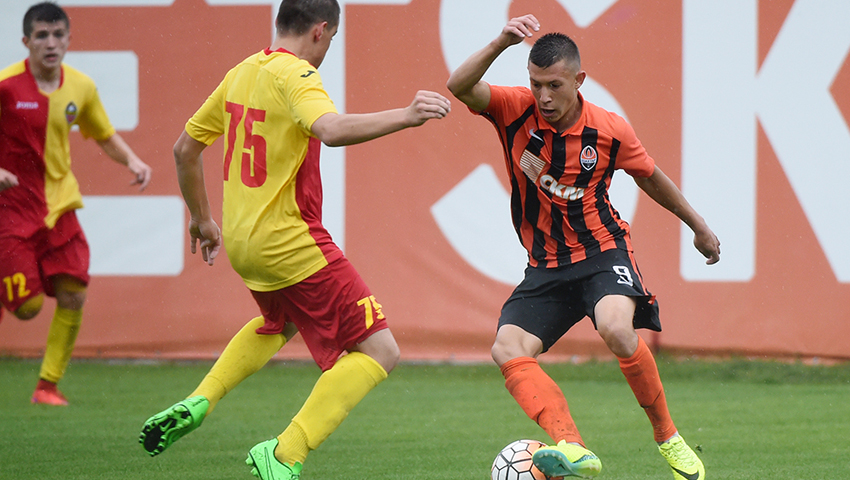 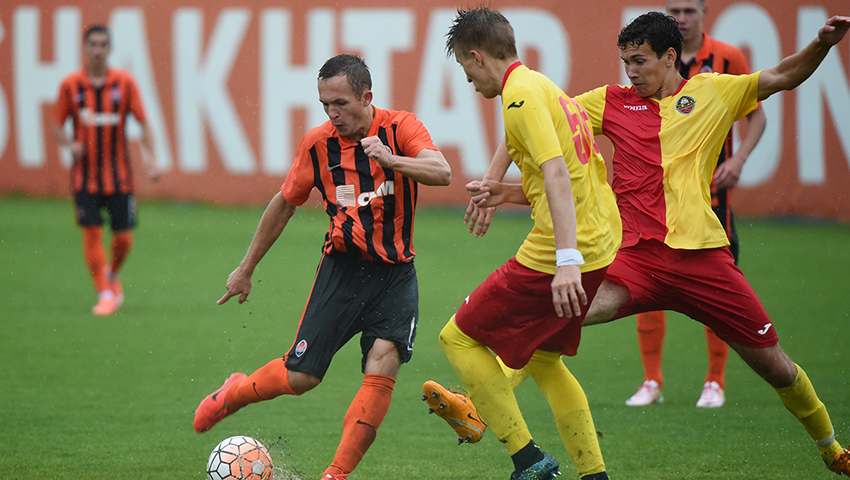 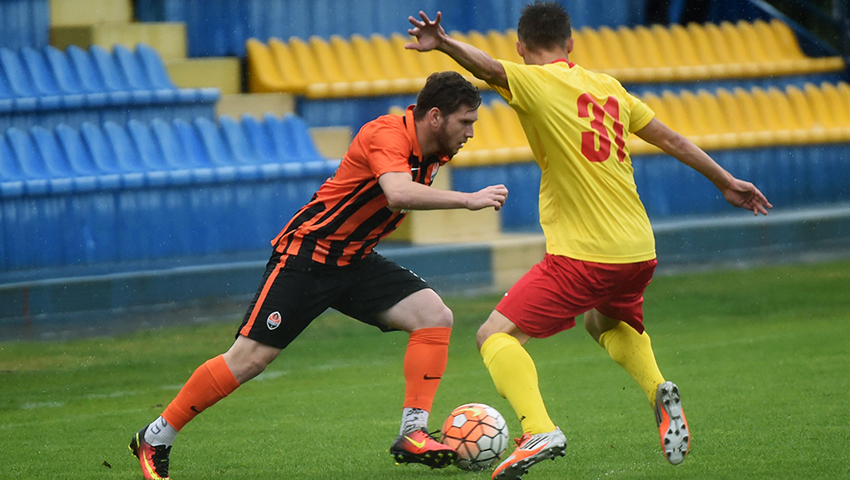 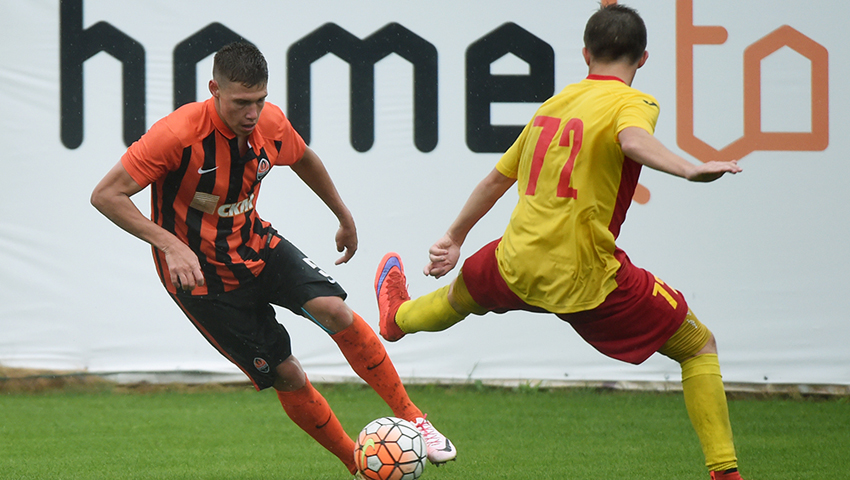 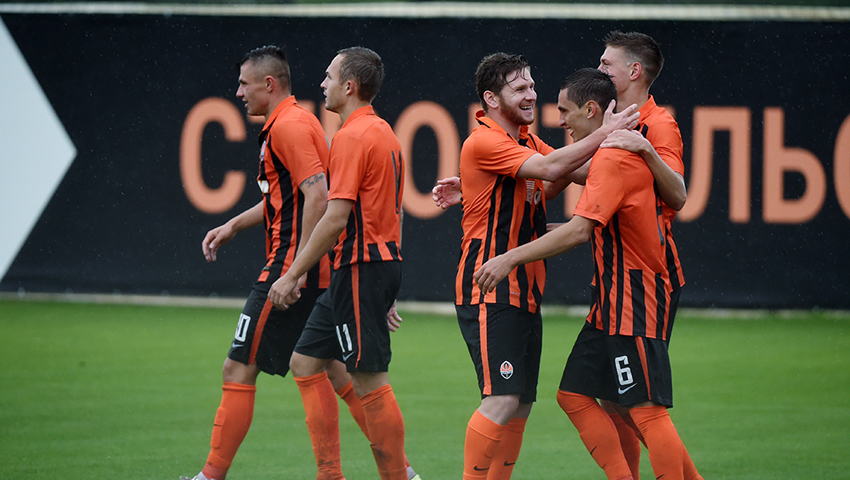 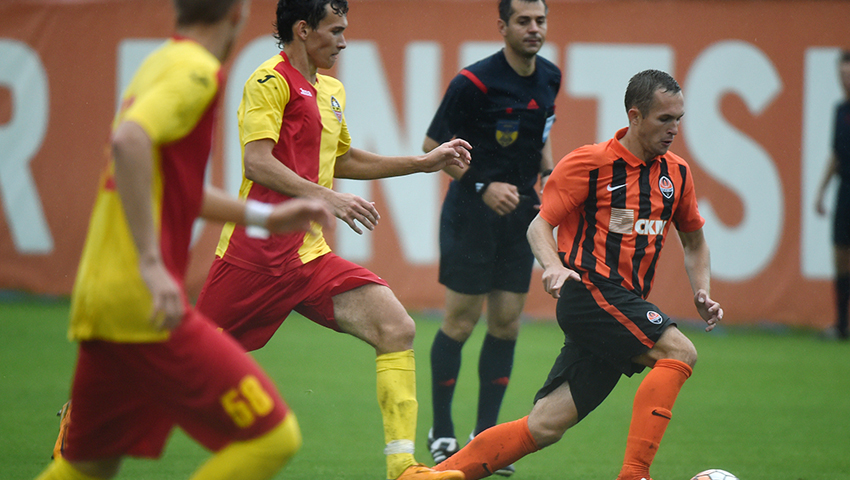 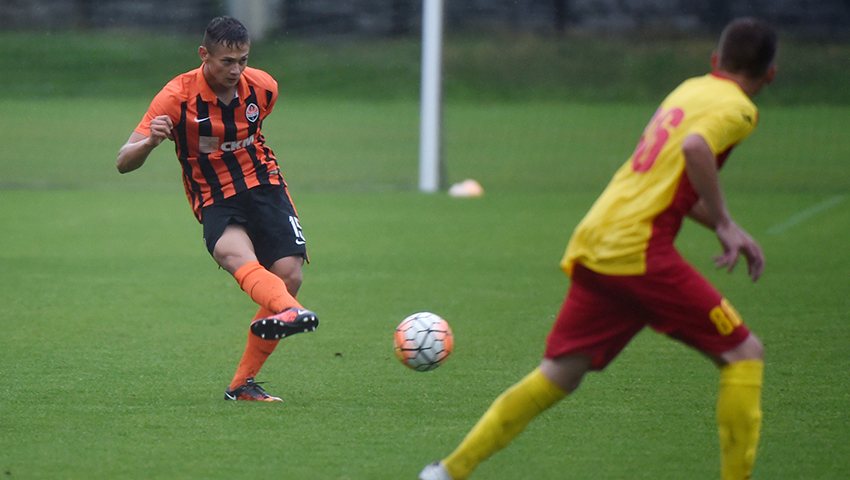 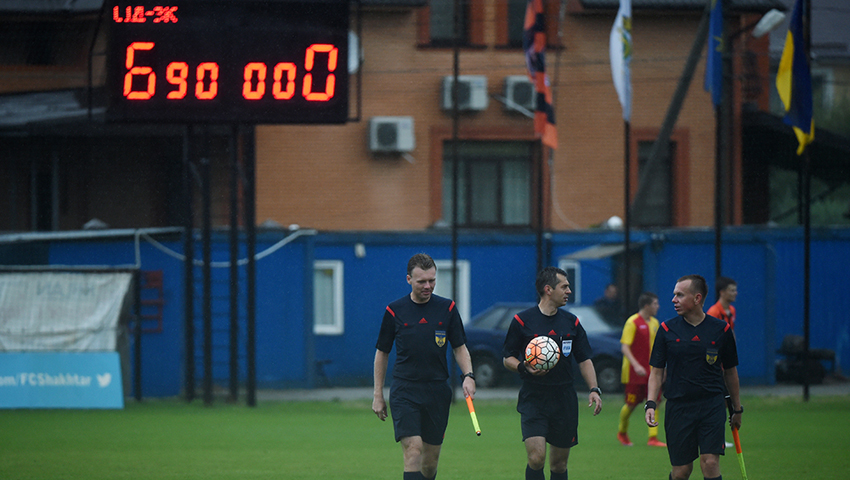 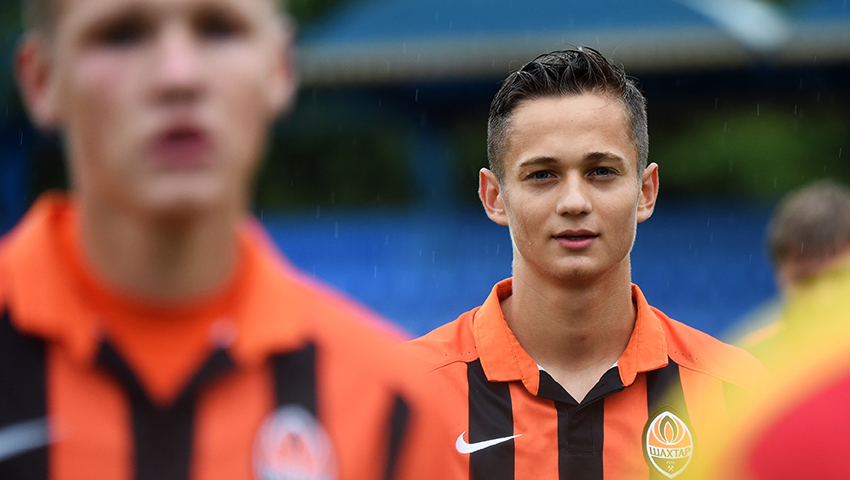 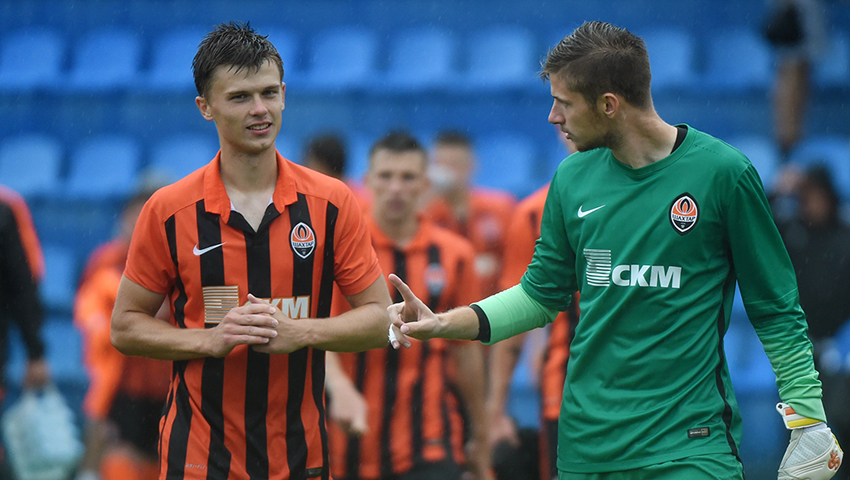 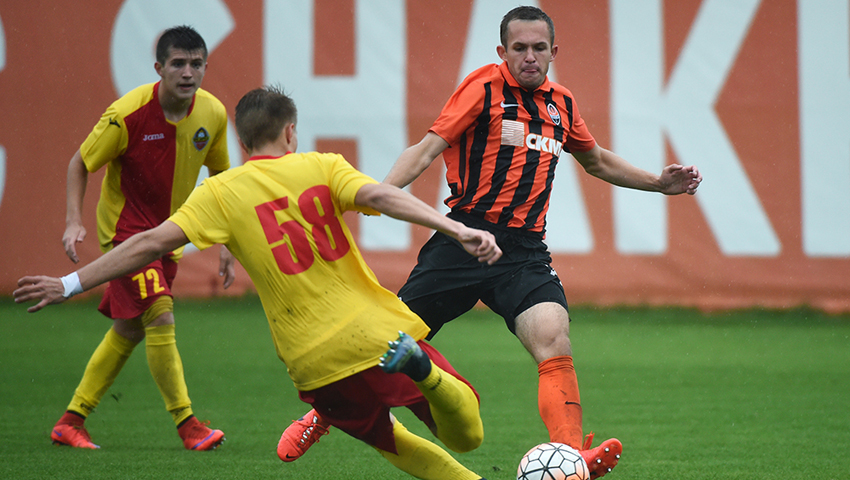