On June 26, in the second friendly game at the training camp in the Netherlands, the Pitmen took on Meppen

In the training camp’s second game in a row, Eduardo led Shakhtar onto the pitch as a captain. Oleh Kudryk took his place between the sticks, with the pairing of central midfielders being Serhiy Kryvtsov and Oleksandr Volovyk, and Oleh Danchenko and Eduard Sobol playing as fullbacks. We also want to note that Vyacheslav Tankovskyi, Ivan Petryak and Oleksandr Zubkov appeared on the pitch as well.

In the training camp’s second game in a row, Eduardo led Shakhtar onto the pitch as a captain
First half

The game started at a medium pace. The teams alternately enjoyed possession, but did not threaten each other in the opening stages. On 17 minutes, Meppen took the lead: Klyainsor found himself one-on-one with Kudryk and moved towards the centre, with Wagner bundling the ball past the keeper – 1-0. The Pitmen charged forward, but the German team defended well together. It lasted like that until the 38th minute, when Tankovskyi won the ball, with Zubkov entering the penalty area, beating Gerkes and firing it just home – 1-1.

Immediately after the break, Paulo Fonseka fielded Kanibolotskyi, Matviienko, Fred, Bernard, Totovytskyi and Boriachuk. Also, in the course of the second half, Korobenko, Marlos and Sarnavskyi appeared on the pitch. On 55 minutes, Shakhtar went in front: Totovytskyi received the ball nearly being offside, adjusted the ball and sent it on target. Shortly afterwards, Andriy scored a brace after rounding off another move of the Orange-and-Black team. Fred and Nem had chances to excel, but the former’s attempt went wide, and the latter’s shot was stopped by the keeper. Marlos sealed the win after converting the spot kick he had earned – 1-4.

On 55 minutes, Shakhtar went in front: Totovytskyi received the ball nearly being offside, adjusted the ball and sent it on target
Shakhtar will play their next game at the training camp in the Netherlands on June 29 against Gent, Belgium. Stay tuned for updates from the Pitmen’s training camp on shakhtar.com. 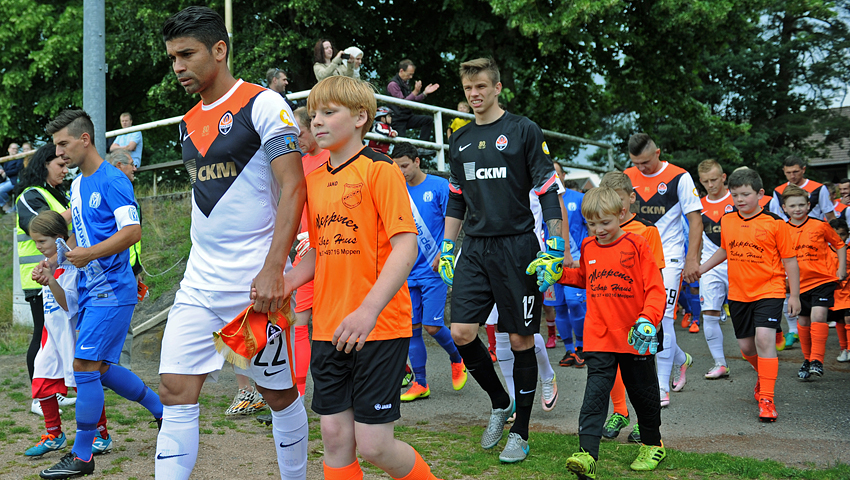 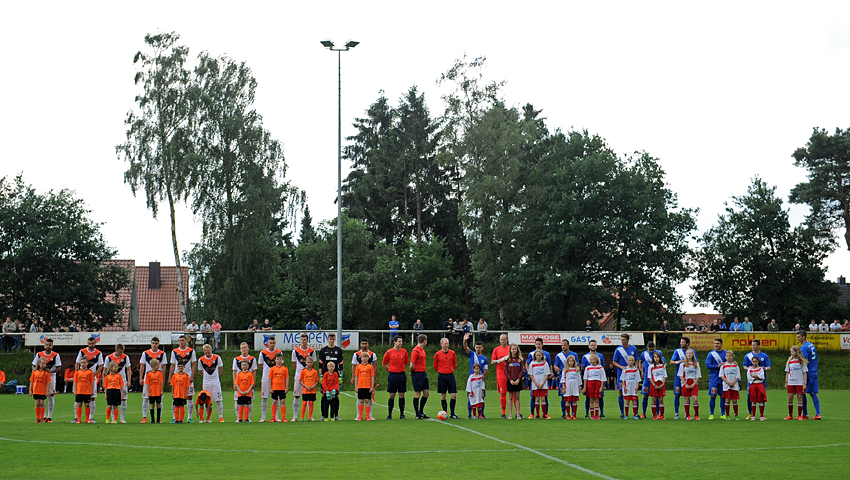 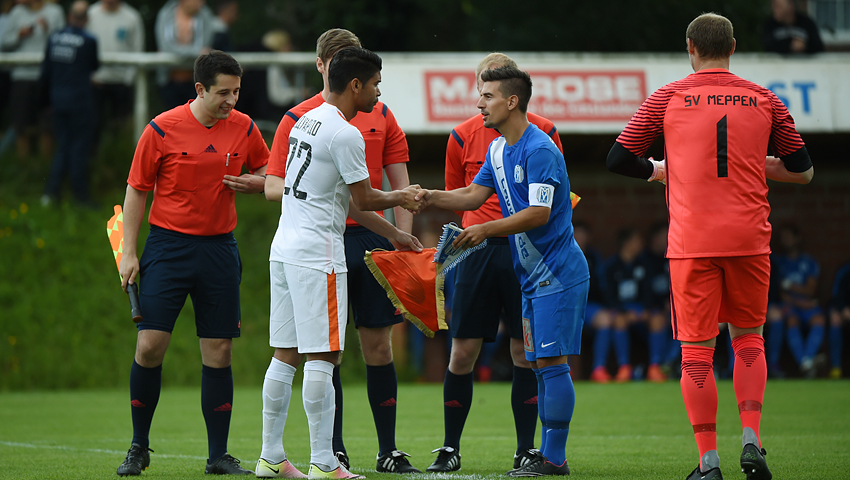 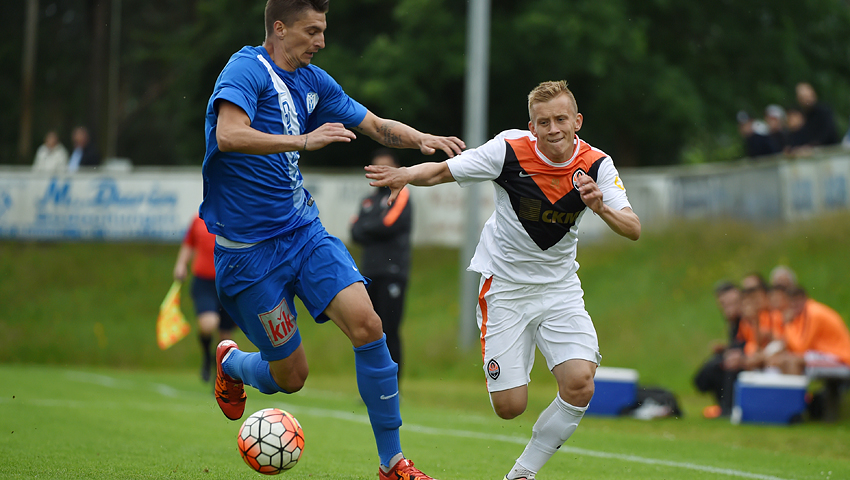 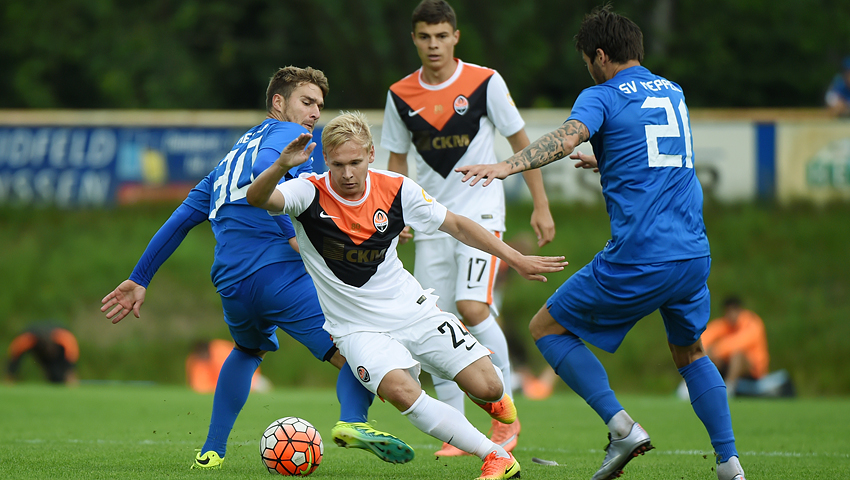 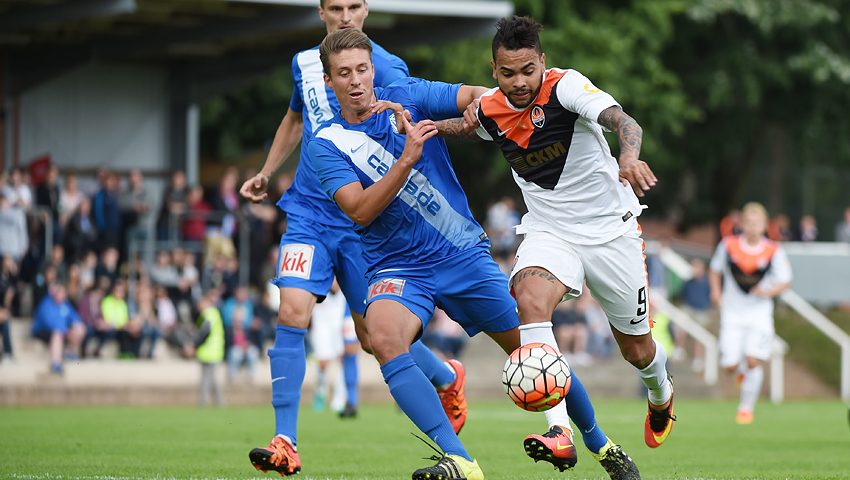 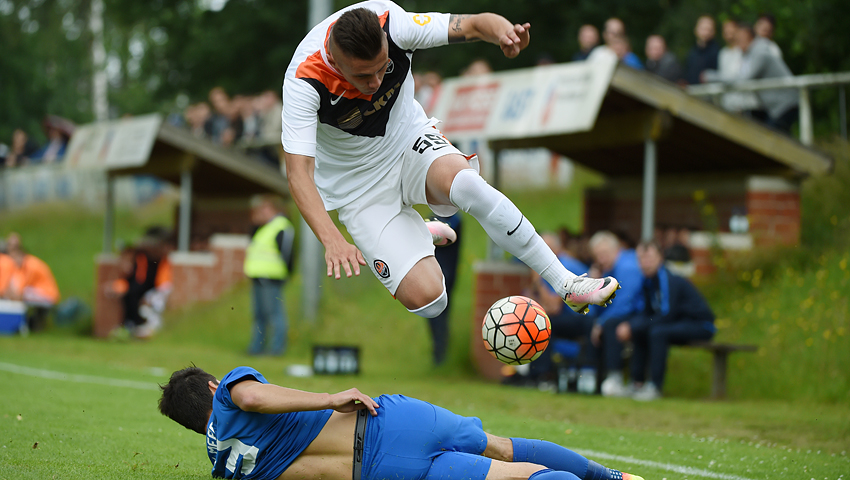 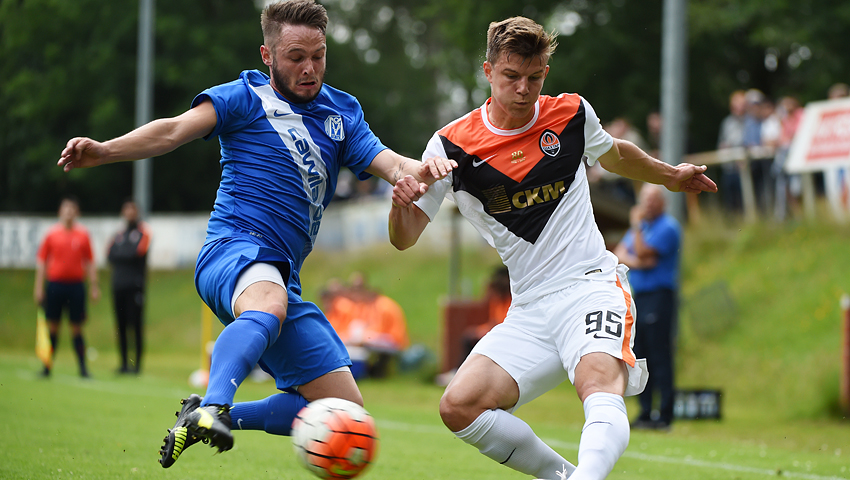 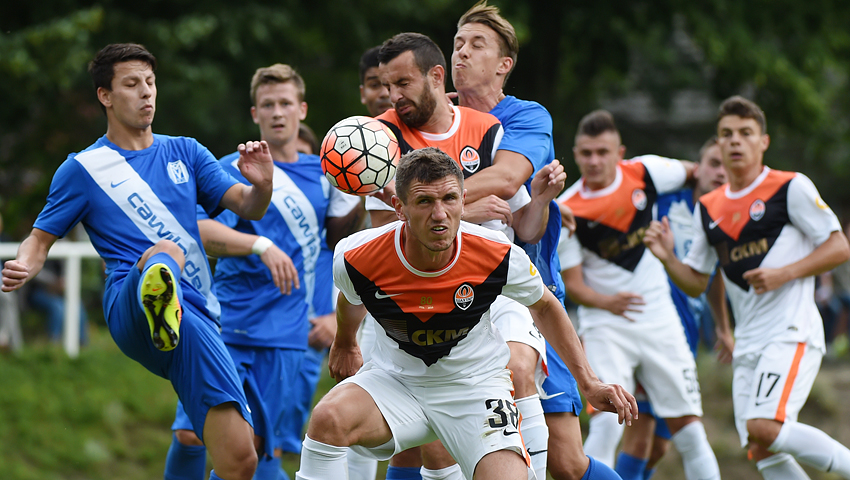 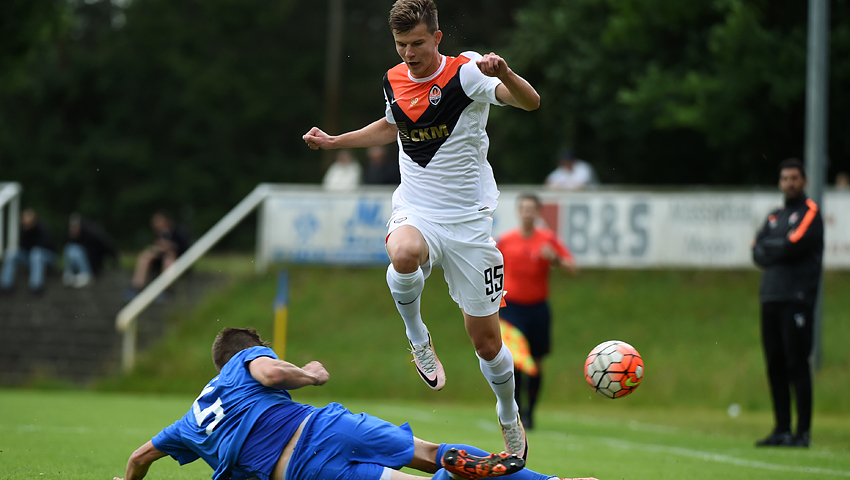 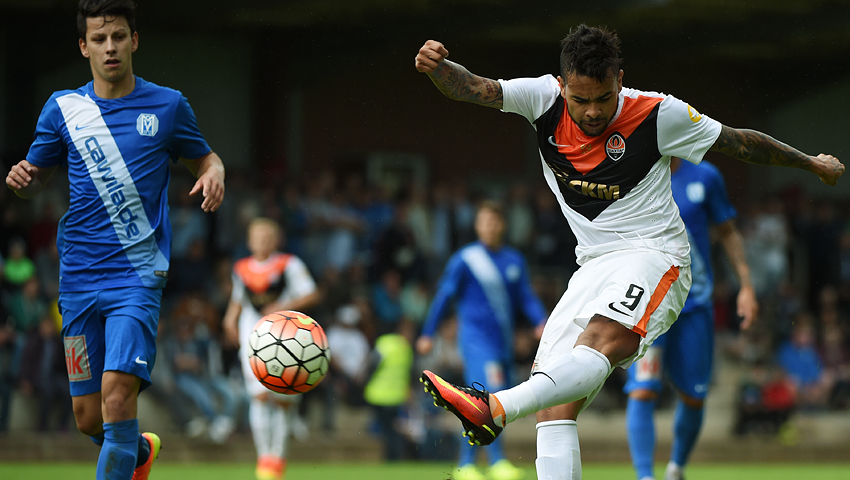 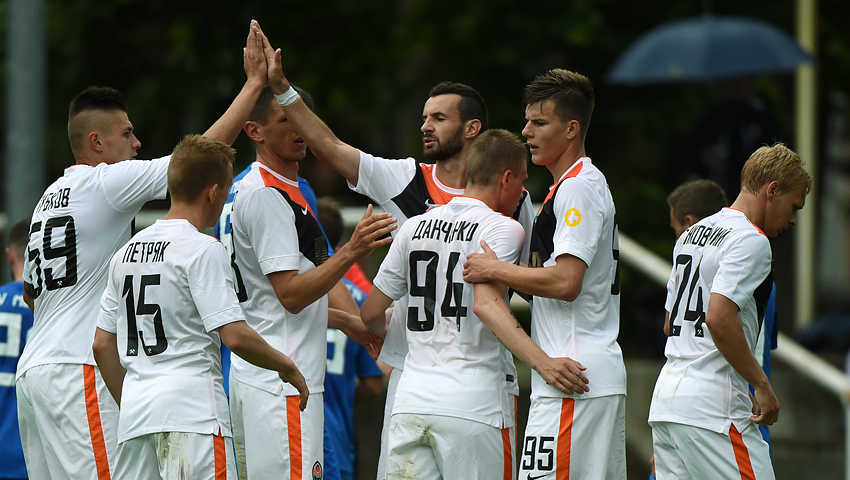 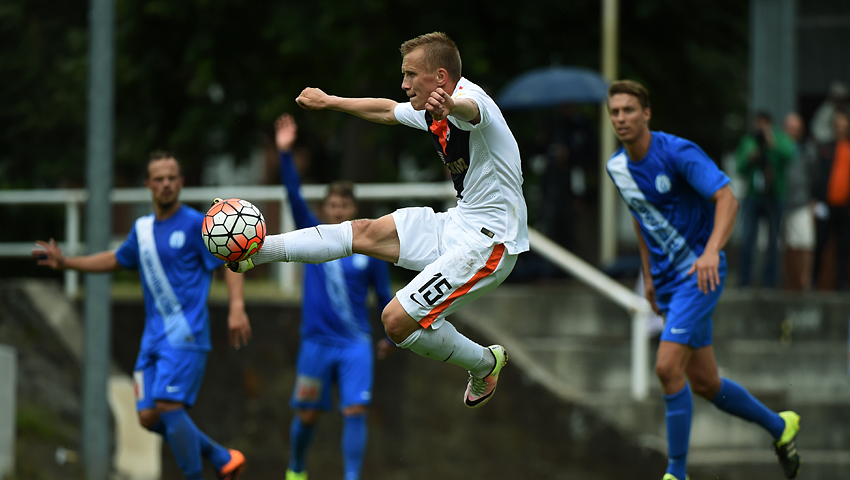 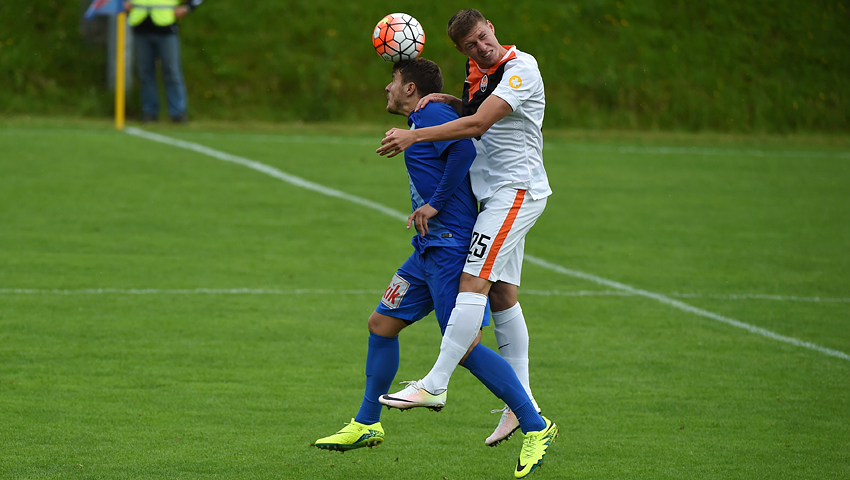 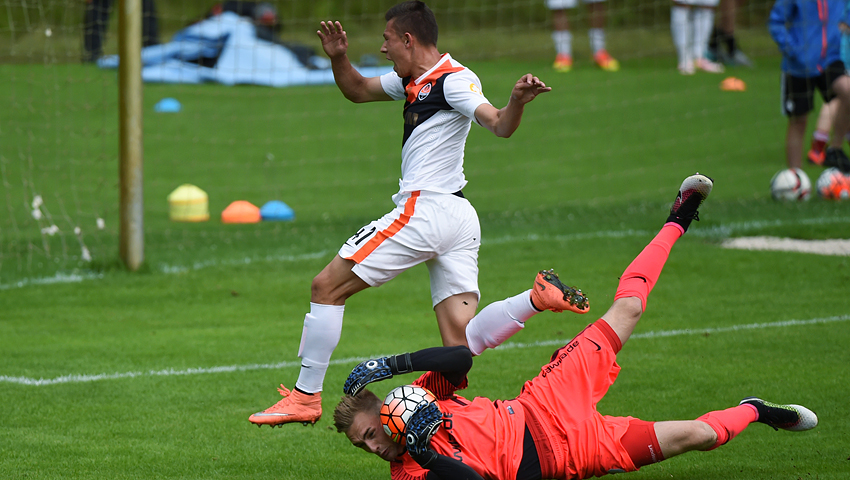 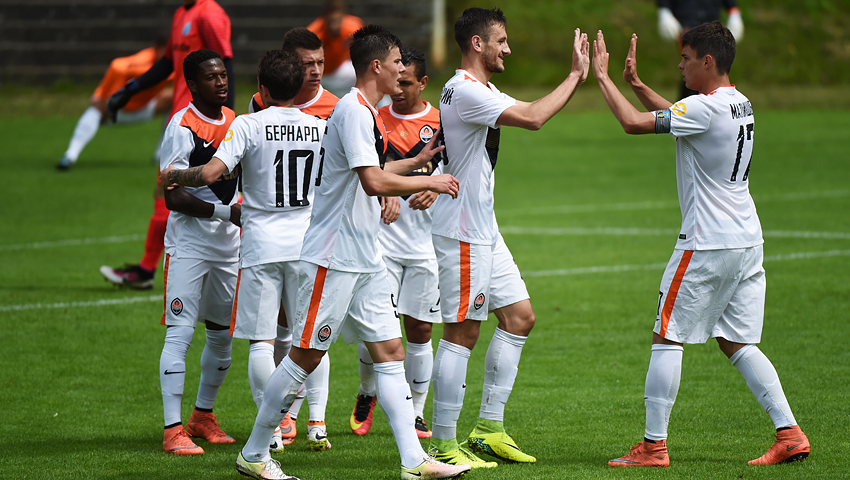 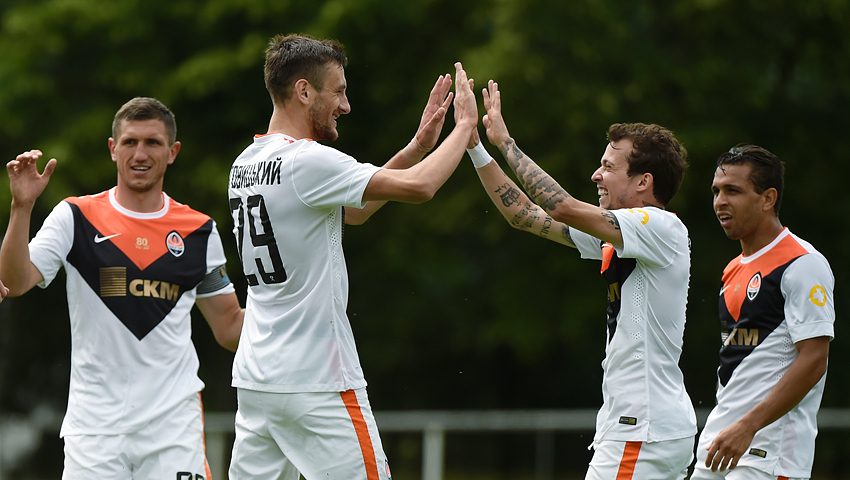 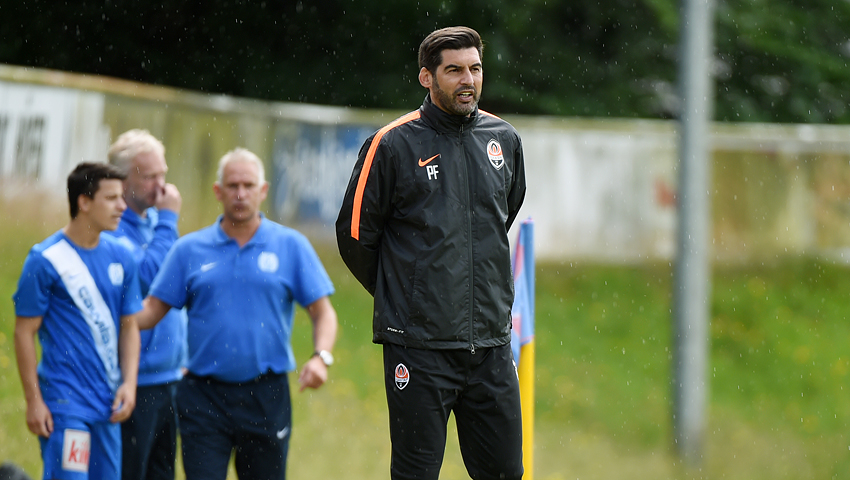 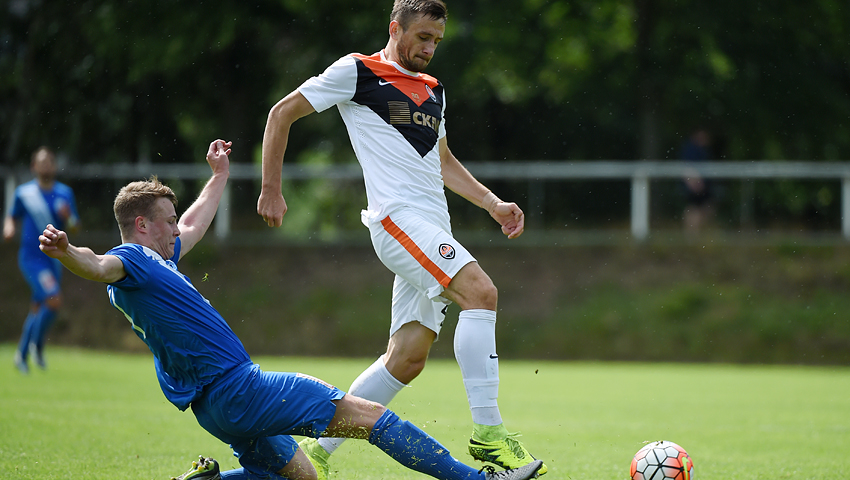 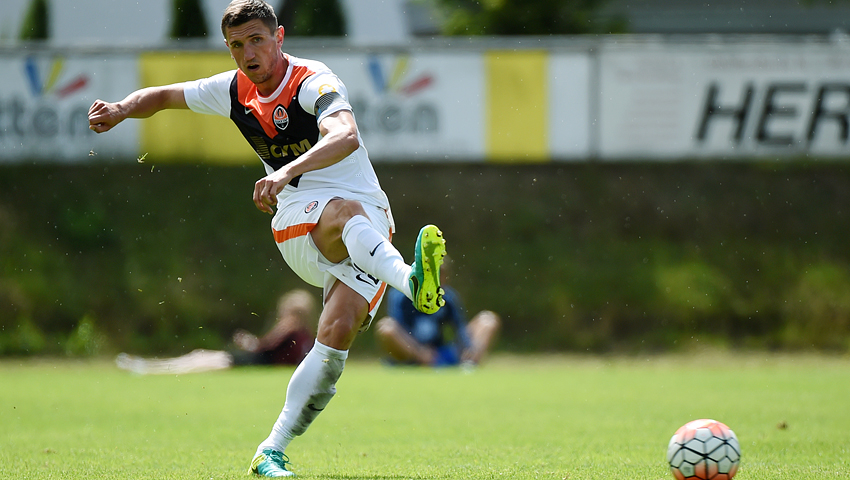 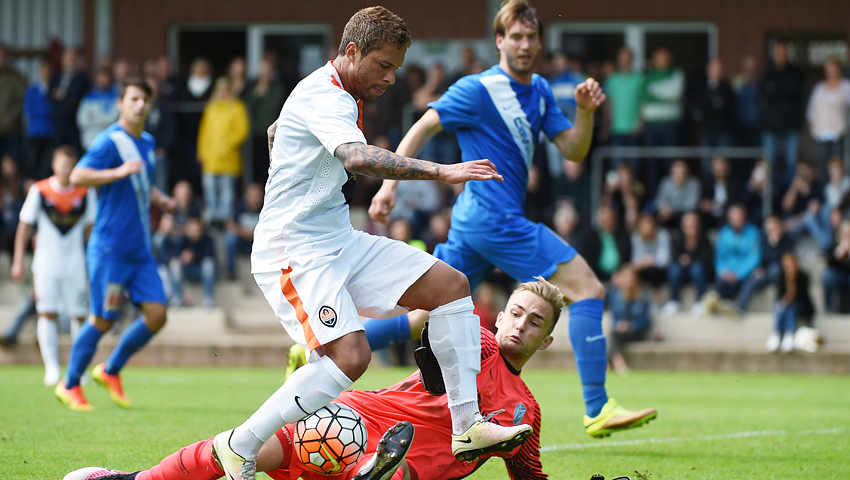 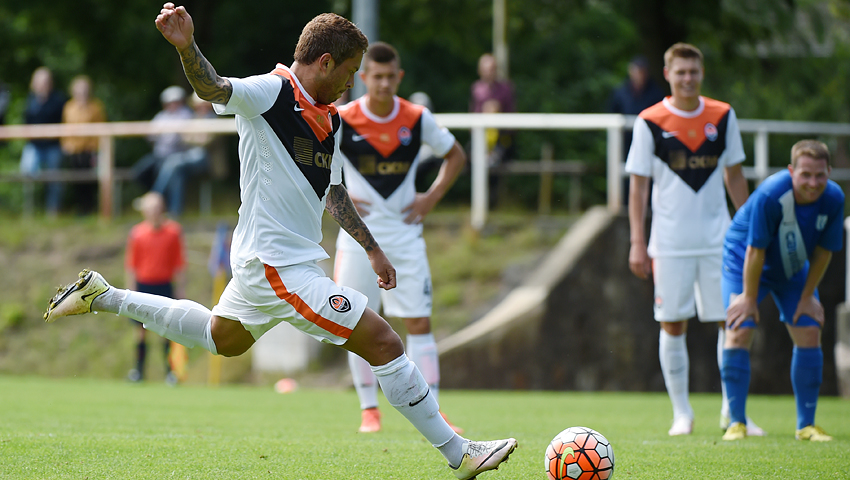 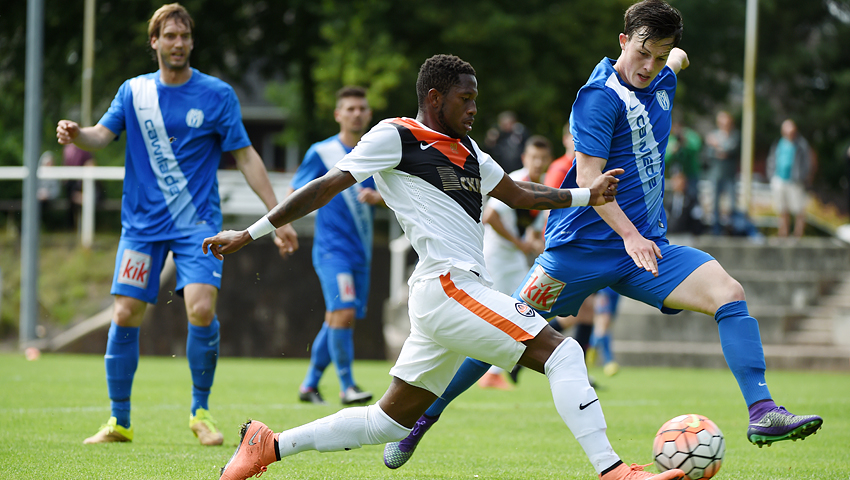 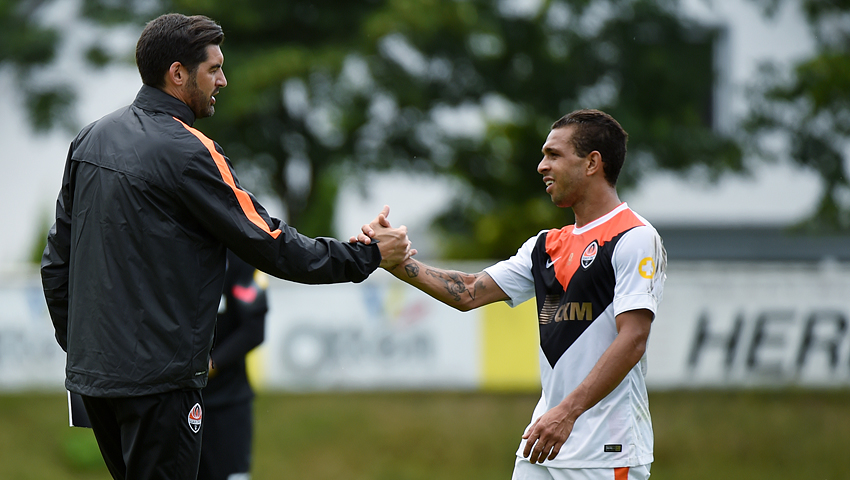