In the third friendly game of the Dutch training camp, the Pitmen were meeting with Gent

Bohdan Sarnavskyi kept the goal for Shakhtar. Serhiy Kryvtsov and Mykola Matvienko appeared in central defence.Oleh Danchenko acted in Darijo Srna’s role for the third consecutive game, with Eduard Sobol playing on the opposite wing. The defensive midfielders pairing featured Maksym Malyshev and Fred, with Marlos and Bernard playing as attacking wingers, and Andrii Boriarchuk and Facundo Ferreyra playing as strikers.

From the opening minutes of the game, the charges of Paulo Fonseca seized the initiative. One of the most active players on the field was Marlos. After the accurate passing game of number 11, Ferreyra and Bernard might excel, but their shots lacked accuracy. The Belgians responded with a series of three corners, which, however, did not cause any danger near the goal of Sarnavskyi. Meanwhile, Shakhtar embodied their advantage in a goal on 27 minutes: Marlos completed his slaloming run with a delivery to the far post, with Ferreyra sending the ball into the back of the net. Before the break, the Pitmen’s head coach made a forced substitution: Taison came on for the injured Bernard.

Marlos completed his slaloming run with a delivery to the far post, with Ferreyra sending the ball into the back of the net
Second half

During the break, Paulo Fonseca changed the line-up significantly, with the game pattern still remaining unchanged. Shakhtar kept the ball under control in the same way, forcing the Belgian team to focus on defending. After a blistering attacking move, Taison skilfully lobbed it past the goalkeeper, but as a result of a ricochet it went just wide. The goalkeeper hardly coped with Nem’s powerful shot from outside the penalty area. And on 79 minutes, the Pitmen scored the second goal: Dentinho received a pass from Taison and found the bottom corner with his low ball. As a result - convincing victory, leaving the opponents with no chance at all.

Dentinho received a pass from Taison and found the bottom corner with his low ball
Shakhtar are to play their next friendly game at the training camp in the Netherlands on 2 July against Vitesse. Stay tuned for the Pitmen’s training camp updates on shakhtar.com. 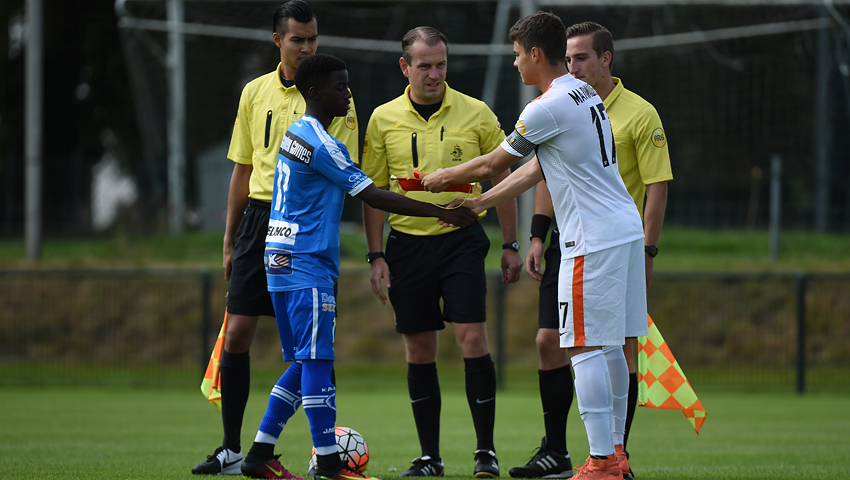 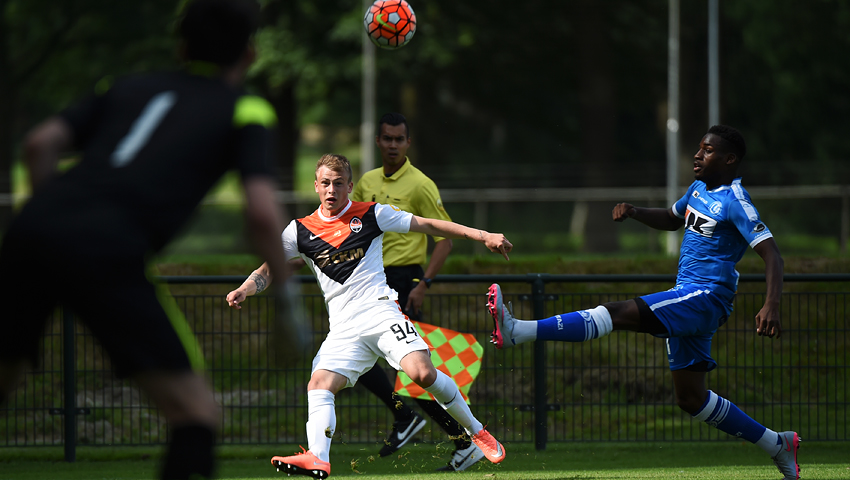 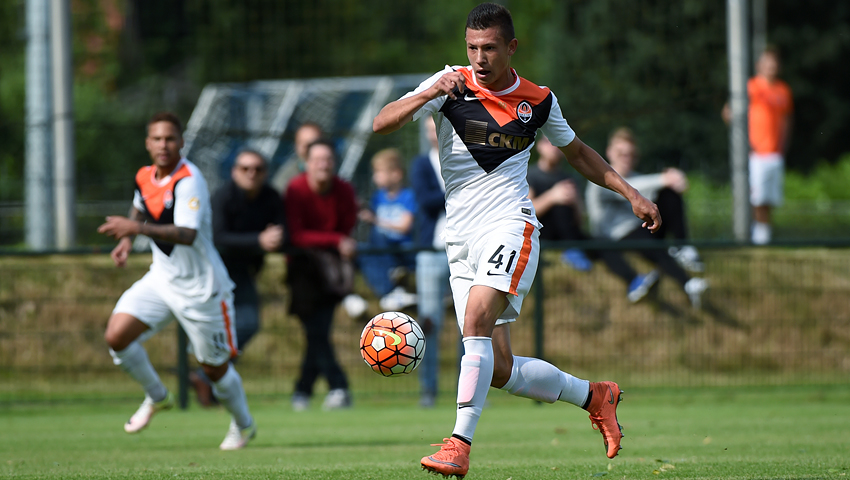 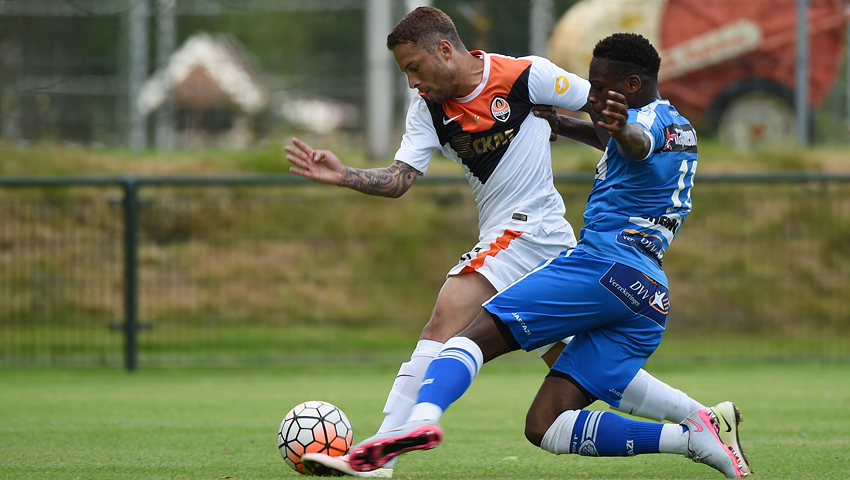 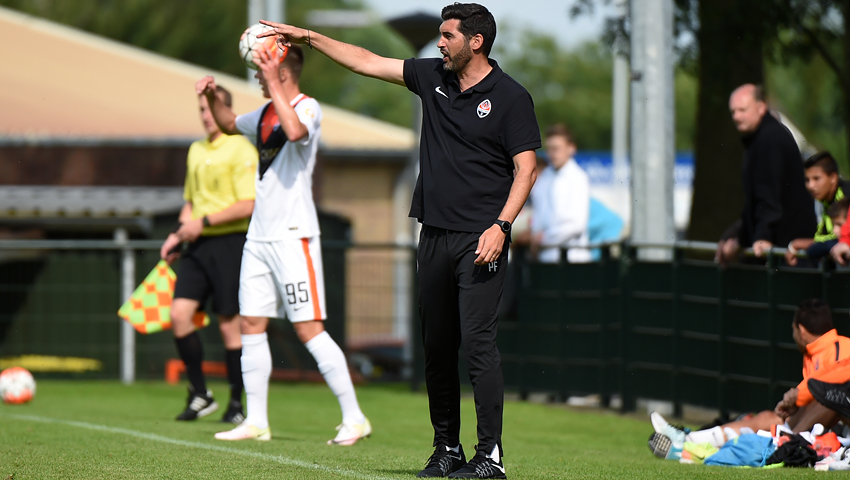 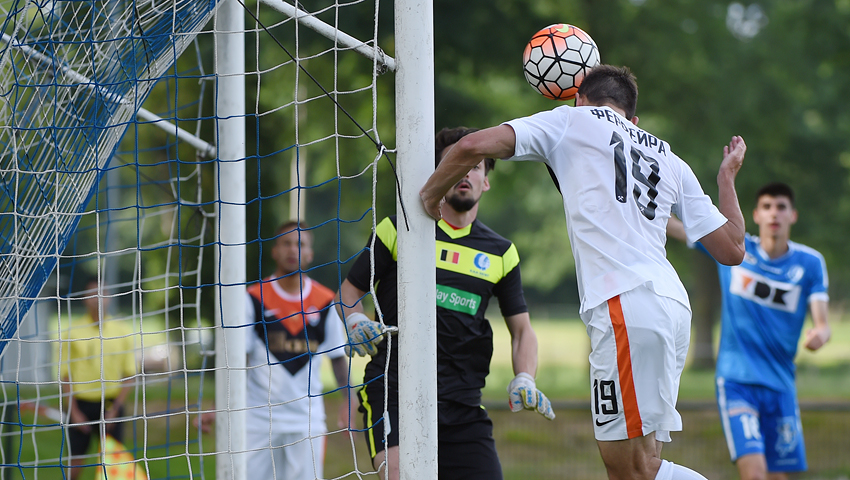 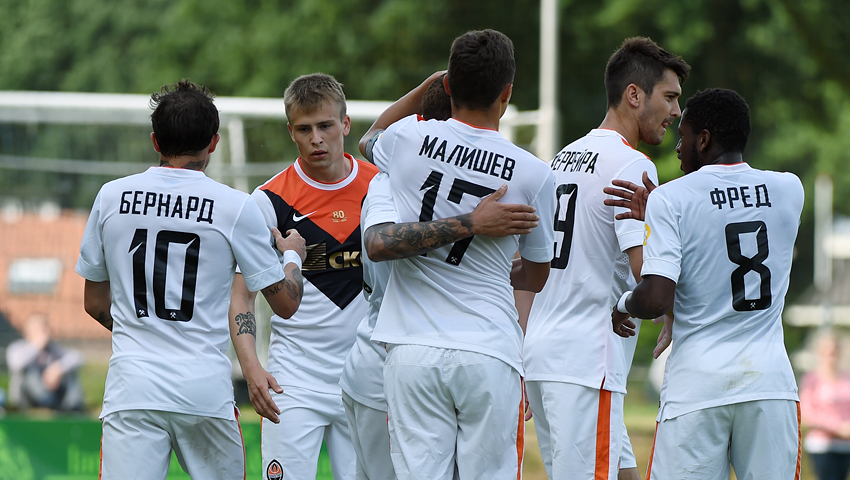 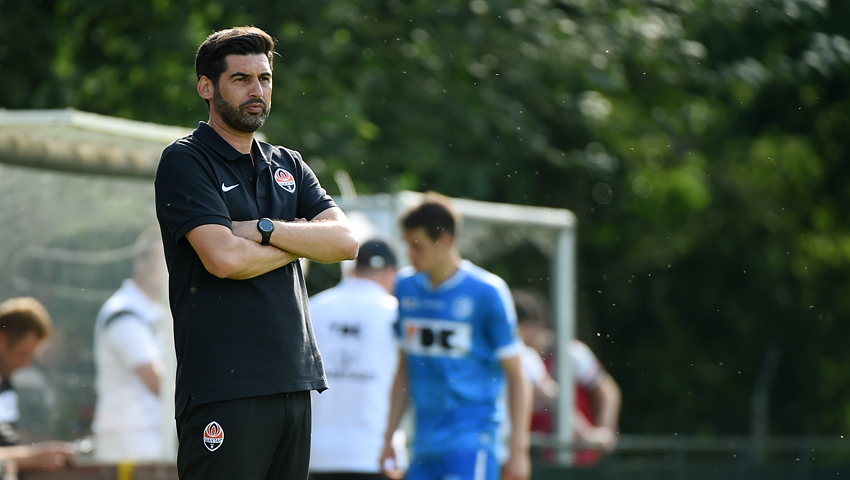 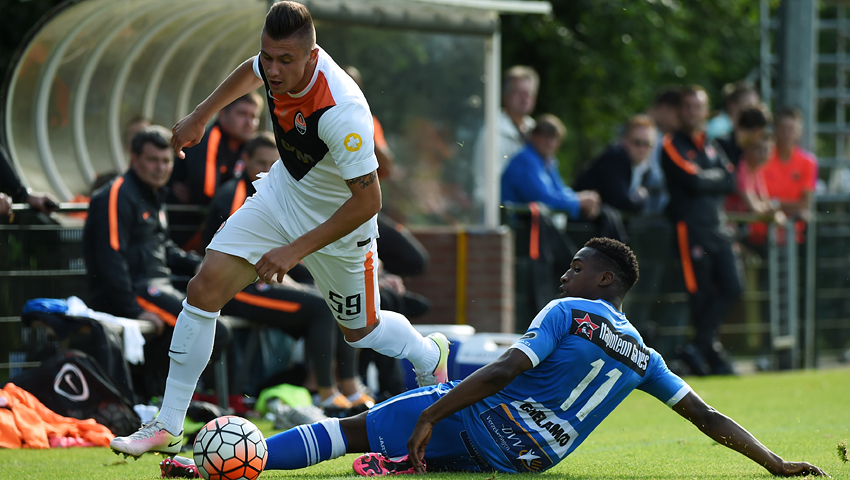 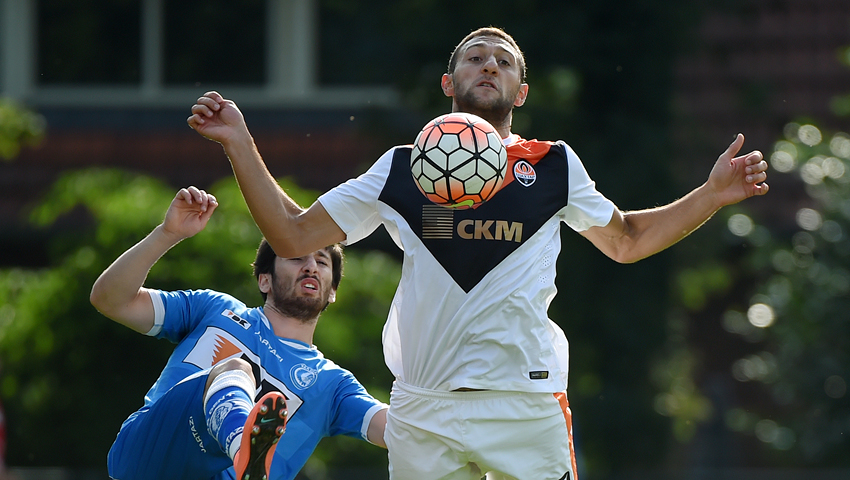 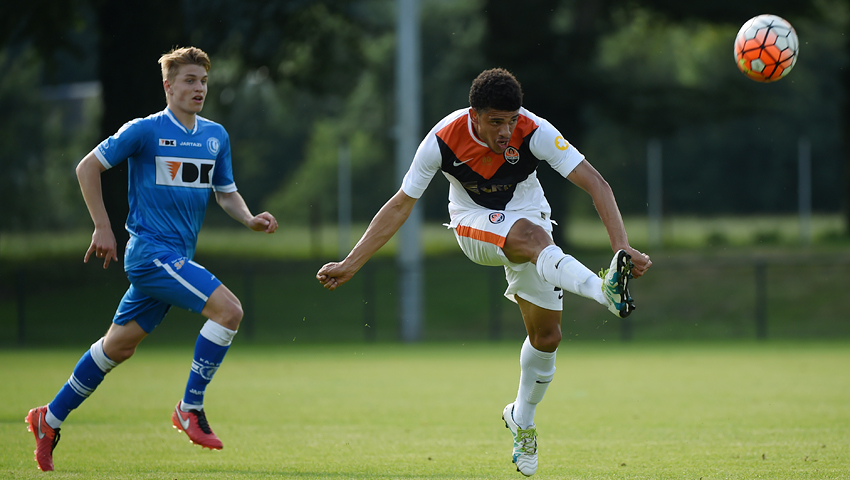 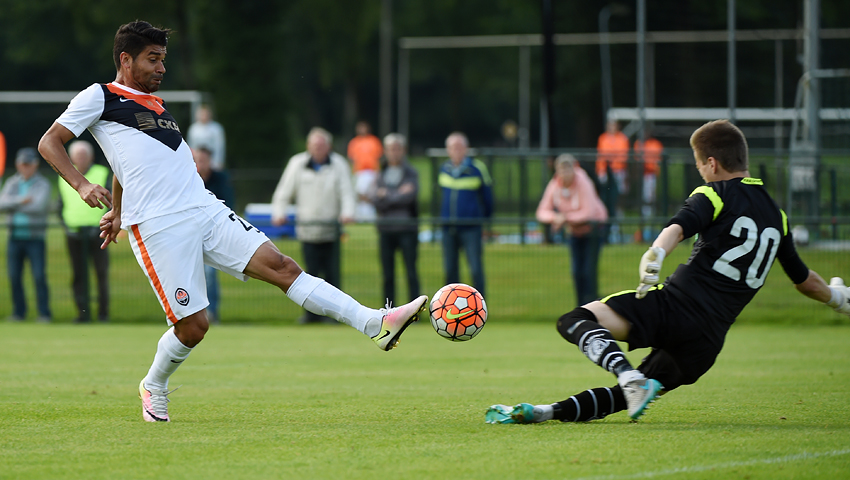 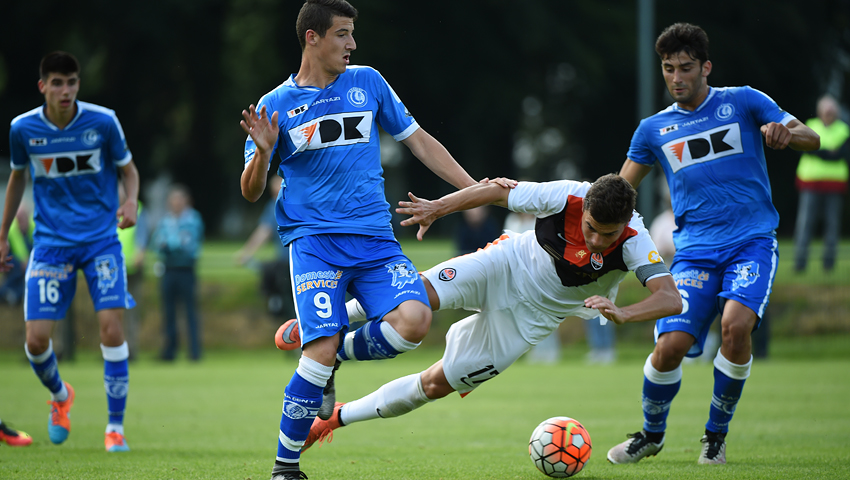 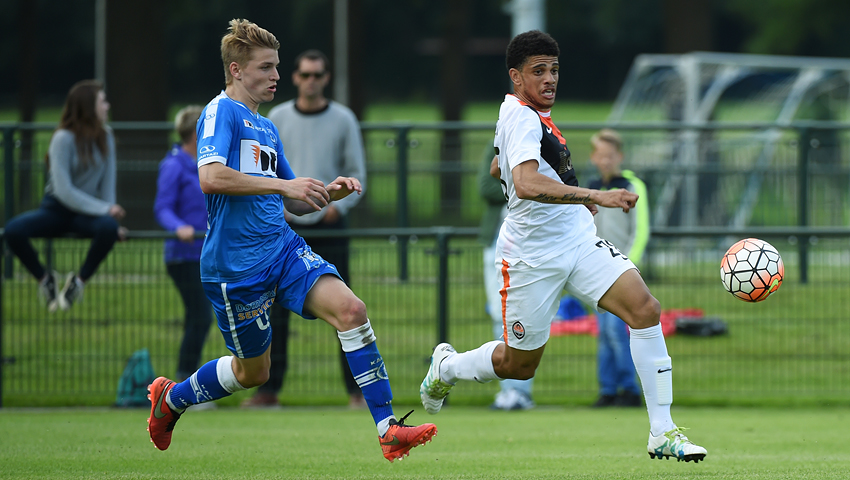 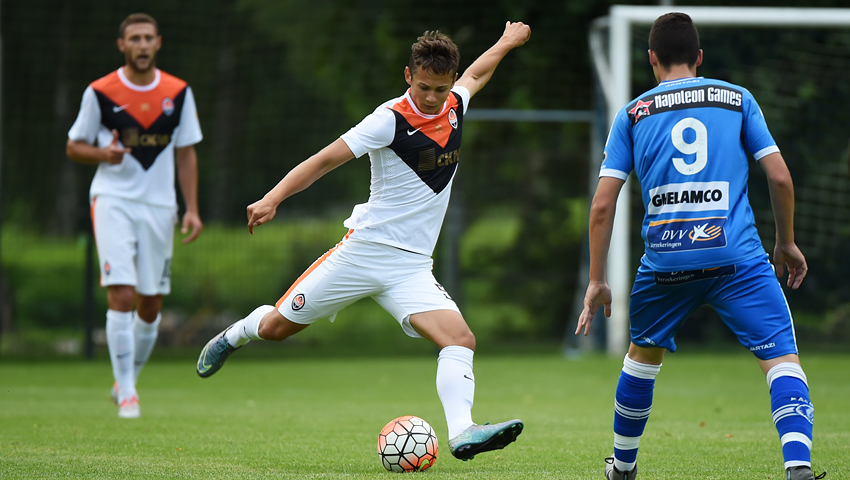 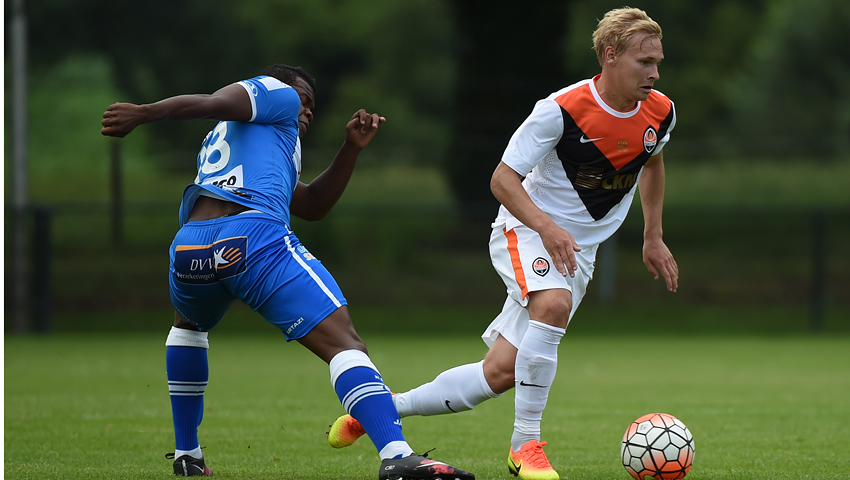 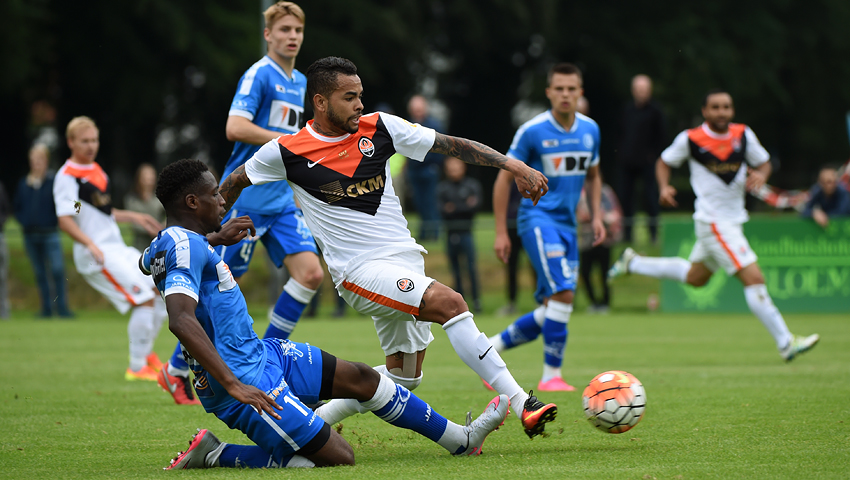 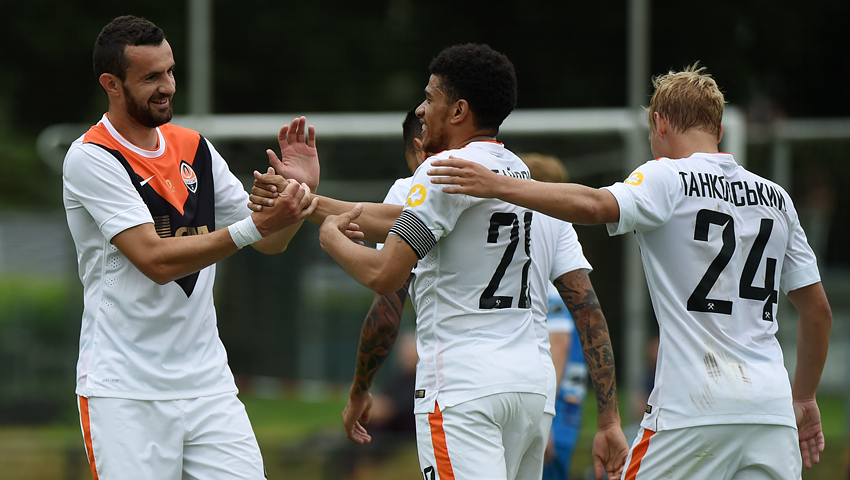 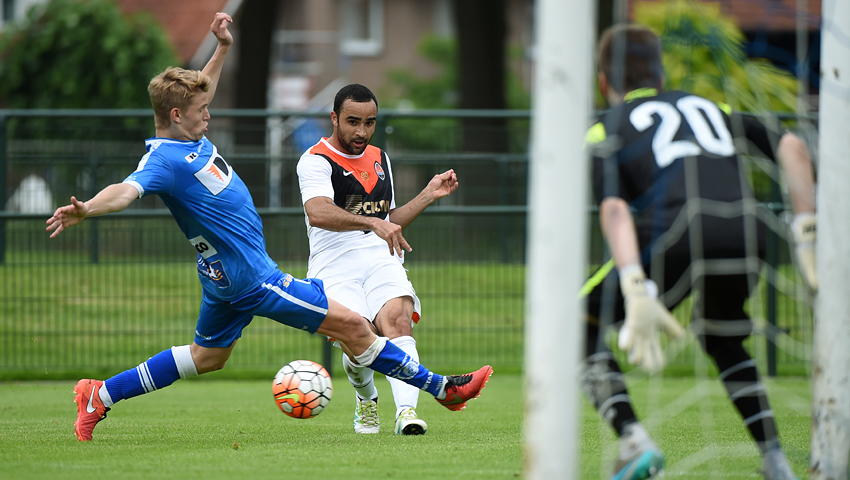 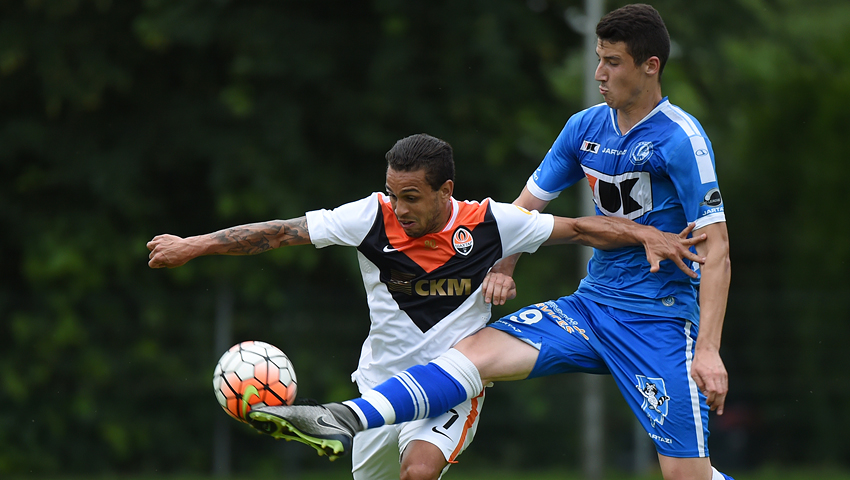 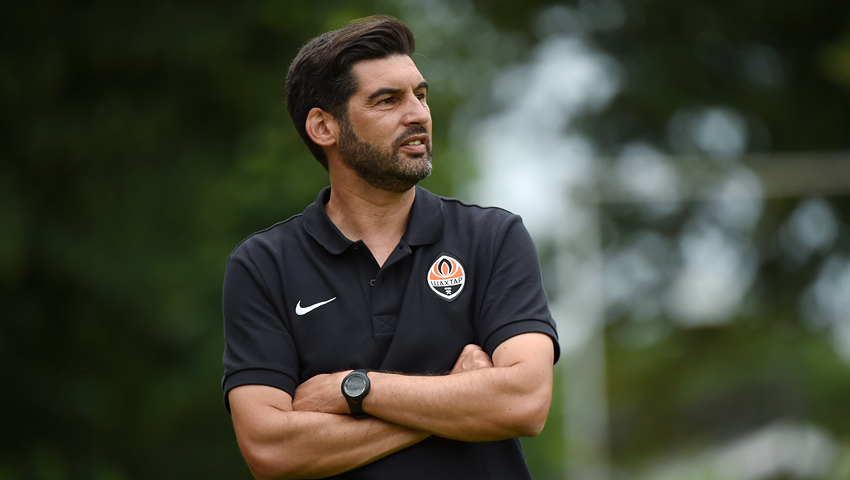 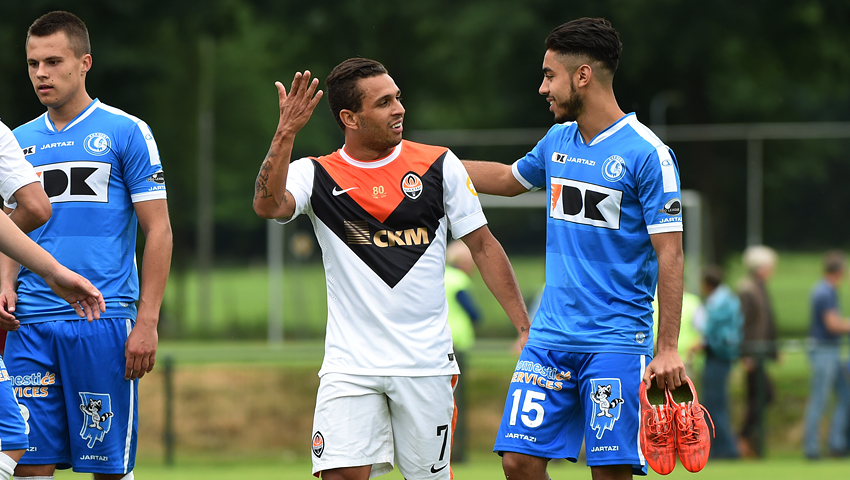