On May 22, in the U19 Ukrainian League Matchday 29, Shakhtar played Skala

In the first half of the season, upon agreement with Skala, Shakhtar played their home game in Morshyn and won it 2-0. This time, the nominal hosts were the Stryi side, with the teams meeting in Schaslyve.

Given that this match was the third over the last seven days for the Pitmen, the coaching staff resorted to rotation. So, right from the off, the central defenders Dmytro Shevchenko and Ivan Semenikhin took to the pitch, with Andriy Bubentsovmaking his debut between the sticks.

From the first minutes, Shakhtar had more control of the ball and combined in the opposing half of the pitch. However, Skala, deploying full defence, did not allow Donetsk to create anything dangerous besides long balls for a long while. The first scoring chance occurred after thirty minutes of the game. Artur Avagimyan, after playing one-two with his teammate, shot from the edge of the box only to see the goalkeeper pulling the ball from under the crossbar as part of an acrobatic feat. Then Volodymyr Grachev and Dmytro Topalov developed a flank attack, followed by a cross to Vladyslav Bugai, whose shot was prevented by a defender in the last moment. Oleksiy Zinkevych was bending it into the near top corner from a free kick, but the ball hit the outside of the net.

At the opposite goal, virtually no chances occurred owing to the confident performance by the defenders Vladyslav Savin,Dmytro Shevchenko and Ivan Semenikhin, who did not allow the fast and skillful players of the Stryi side. Thus, the teams left for the break without scoring any goals.

At the start of the second half, Shakhtar picked up speed and stepped it up, literally tormenting the home defence with dangerous attacks. Topalov lobbed the ball into the box to Avagimyan, Artur effectively chested it and fired a volley only to see the goalkeeper show his reflexes and rescue Skala. The bursting Oleksandr Hlahola found himself one-on-one with the goalkeeper, also failing to beat him. Being in the zone, Oleh Bilyk denied a one-on-one with Avagimyan and a shot by Zinkevych.

Continuous attacking moves made Shakhtar lose much energy, with them not always having enough time to get back into defence. The opponents managed to carry out a few very dangerous counter-attacking moves, and had it not been for the reliable performance by Andriy Bubentsov, Stryi might have conceded a goal. However, at the end of the match, lady luck still shone on Shakhtar, and the team of Serhiy Kovalyov snatched a well-deserved victory. On 85 minutes, Oleksandr Pikhalyonok received the ball in the penalty area, made a grandmaster pause and sent the ball right into the corner – 0-1. Skala rushed to return the favour, with Dmytro Topalov making use of the open space. Racing down the left wing, he beat the goalkeeper and sealed a 2-0 win.

Shakhtar, just like in the first half of the league season, beat Stryi-based Skala 2-0 and remained among the top three sides of the U19 league. On May 29, in the final match of the season, the Pitmen will receive Dnipropetrovsk-based Dnipro in Schaslyve.

On 85 minutes, Oleksandr Pikhalyonok received the ball in the penalty area, made a grandmaster pause and sent the ball right into the corner – 0-1

- Today we encountered a well-organized and well-knit team who have been playing together not just for the first year. It was not easy to rip open Skala’s defence. The opponents appeared for the meeting being well-motivated and result-oriented, so I am thankful to them for decent resistance. Our team have created a lot of chances today, and that’s very good. Had we experienced no issues with converting our scoring chances, we might have won with a big score. Just early in the second half, we might have scored three goals. However, we might also concede goals after the opponents’ counterattacks. At the end of the match, Shakhtar moved more and netted two goals. So we are quite happy with the second half played by our team. We will work on our finishing at the training sessions, also improving our individual skill, solving the problem that way.

- It was a very tough game. We had many opportunities to score, with the opponent delivering some dangerous attacking moves. But we were lucky in the end as we netted two goals and won it. Of course, it’s not easy to play three games within seven days. But we are Shakhtar, we have no right to stop until achieving a positive result. Today alike, the team continued to charge forward and we have deserved this victory. Now, being in a good mood, we will prepare for the last match of the season. We must go out and beat Dnipro!

- First of all, I want to thank the coaches for their confidence, for allowing me to take the field and make my debut for Shakhtar. I think that I played quite well for the first game. I tried to operate reliable, still experiencing some issues with bringing the ball into play on a couple of occasions, so there is still room for improvement. As for the match itself, today we have encountered tough opponents with a well-tuned defensive performance. We had plentiful chances, but failed to score. Toward the end of the match, everyone got somewhat tired, with Skala’s ranks breaking up, with us managing to score two goals. It's nice to win the debut game. Of course, I will remember this game. Playing for Shakhtar is a great honour to me. I will try to make progress and I hope that I will help the team many more times. 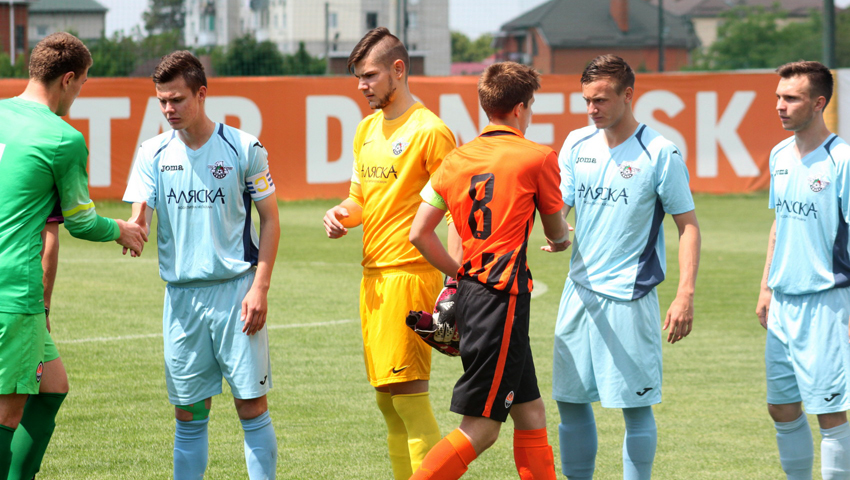 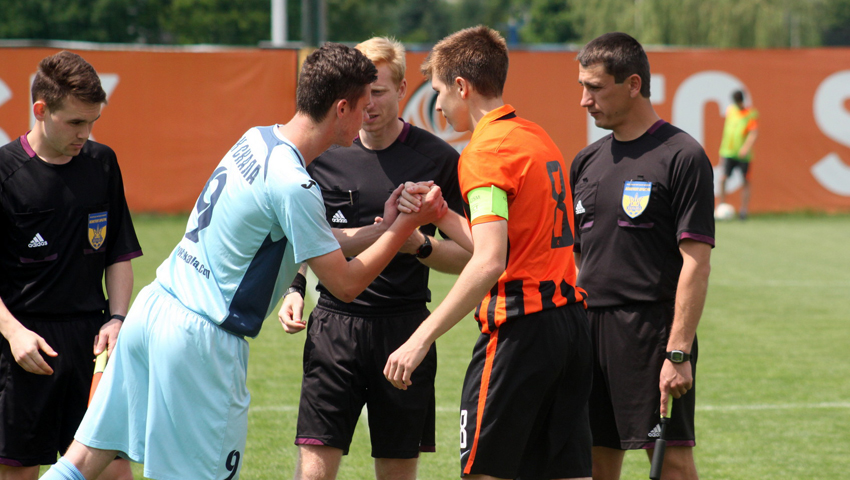 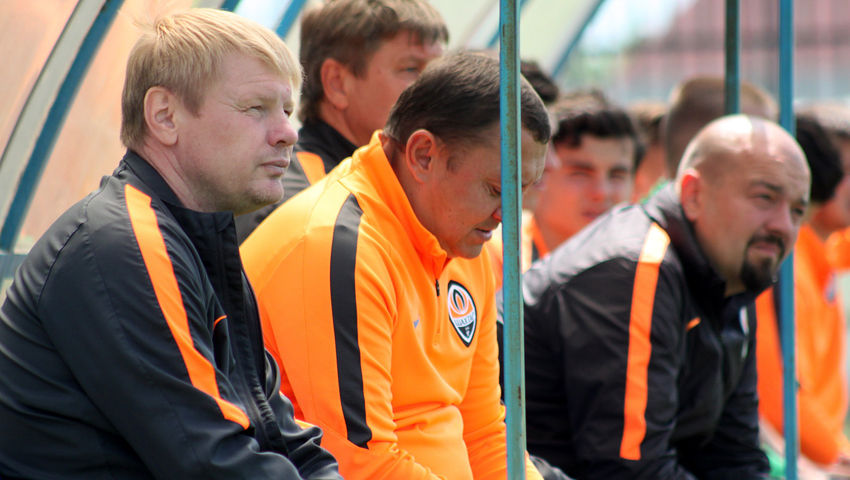 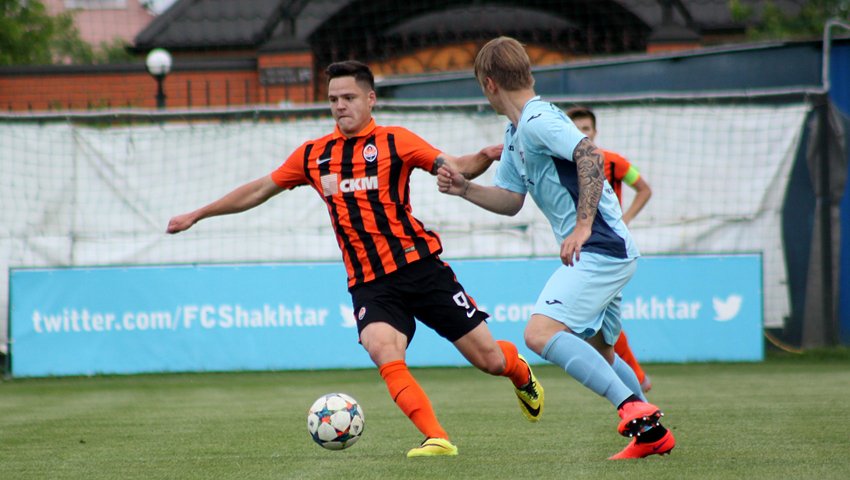 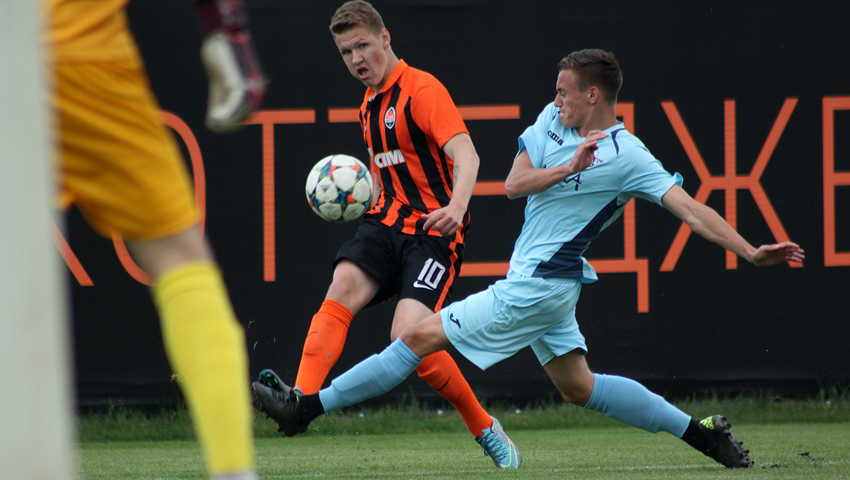 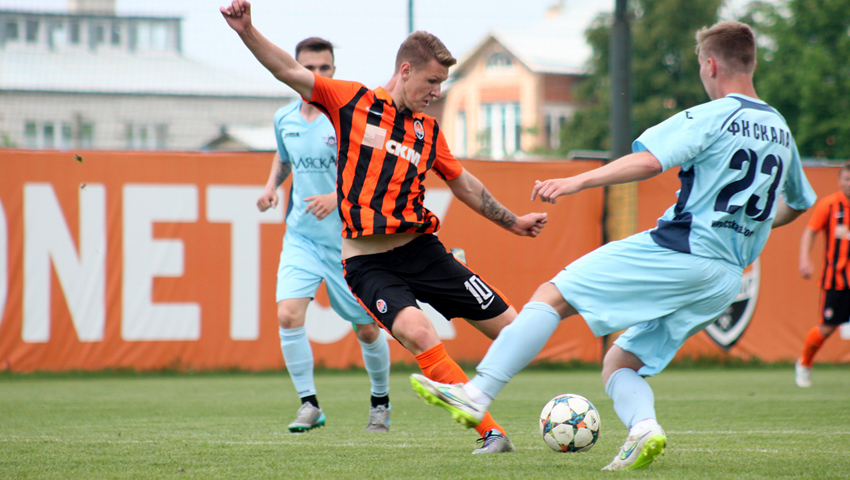 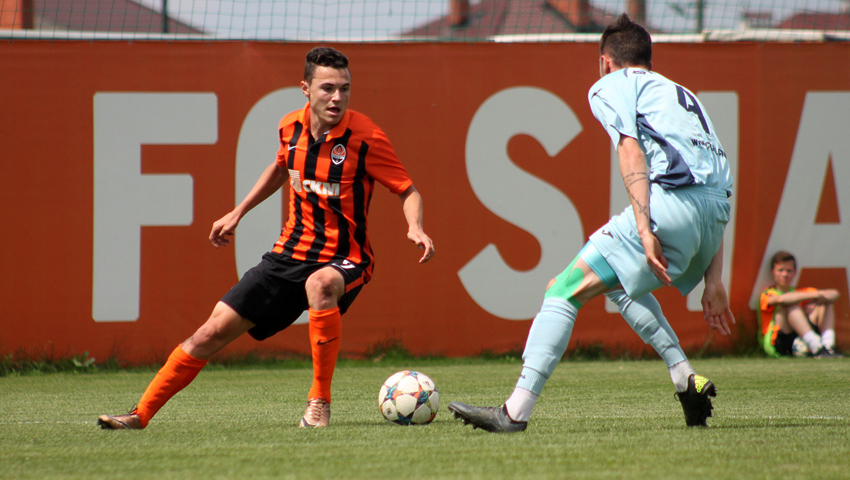 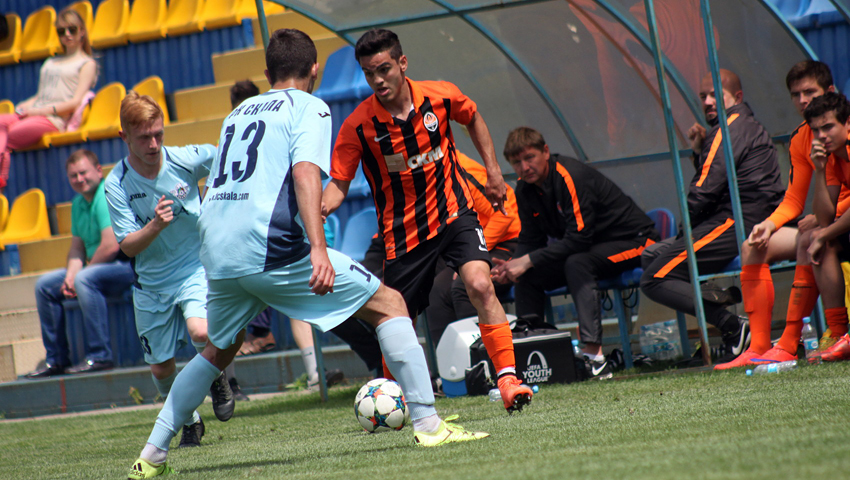 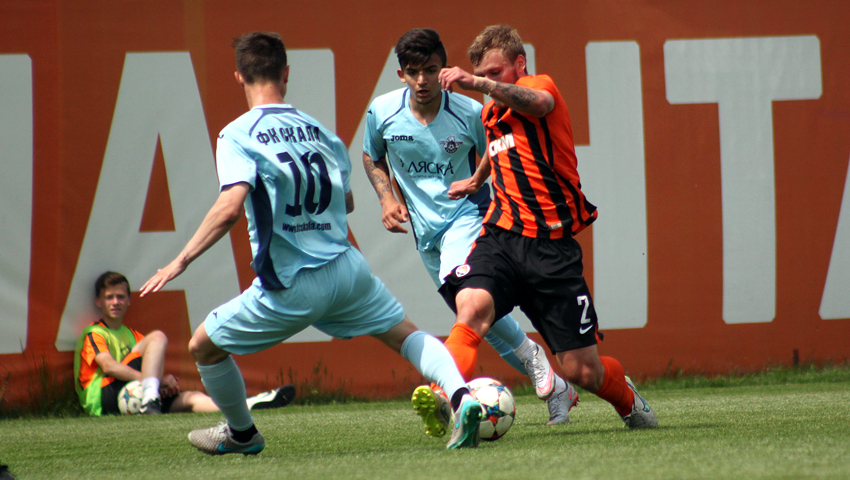 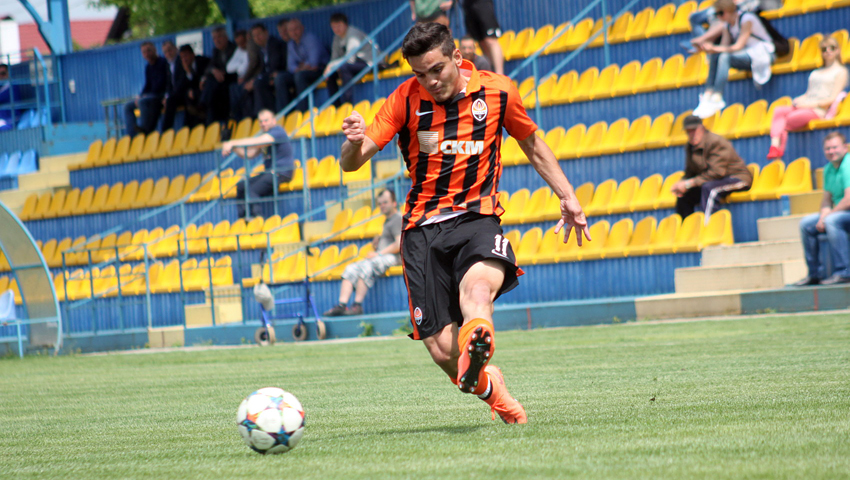 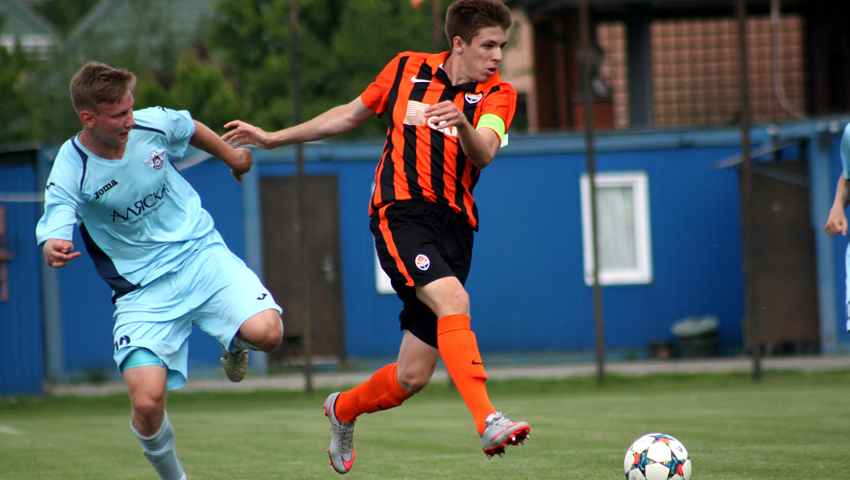 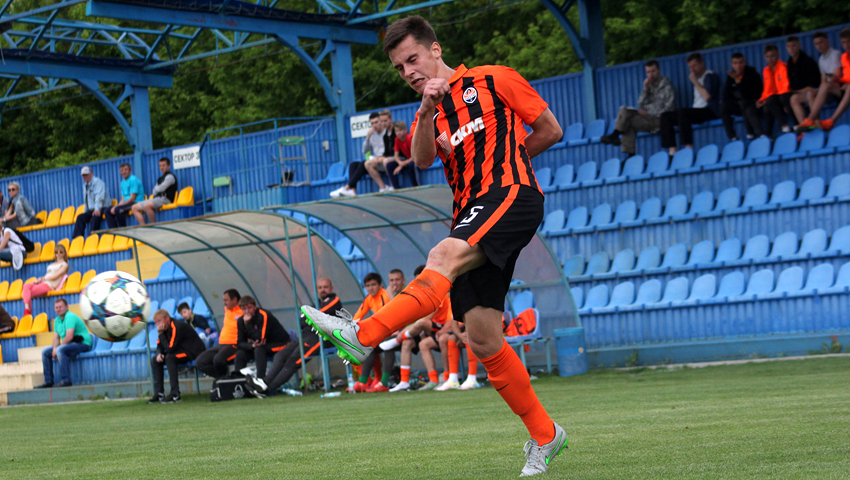 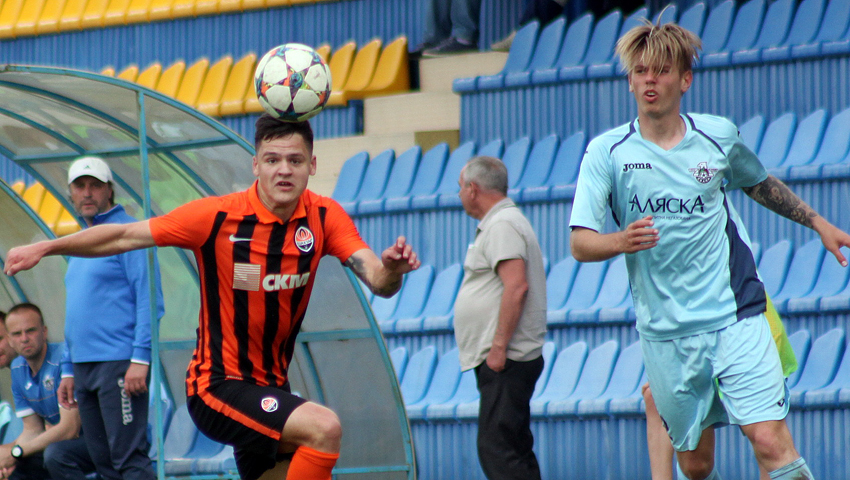 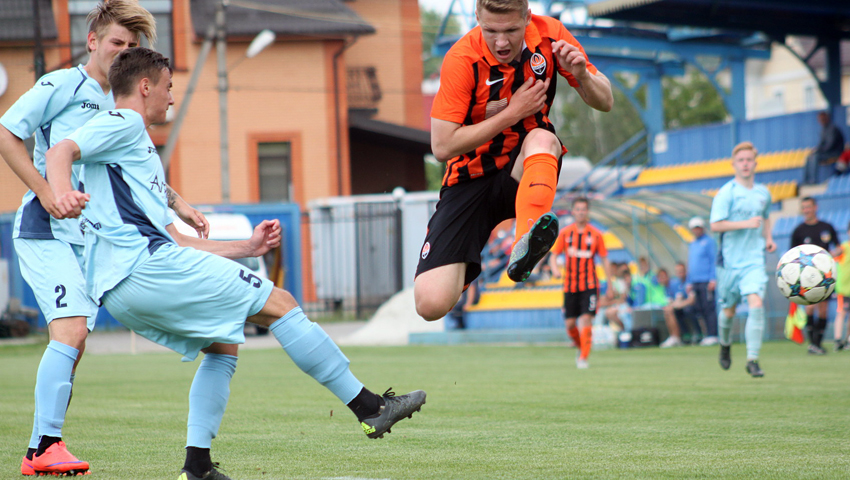 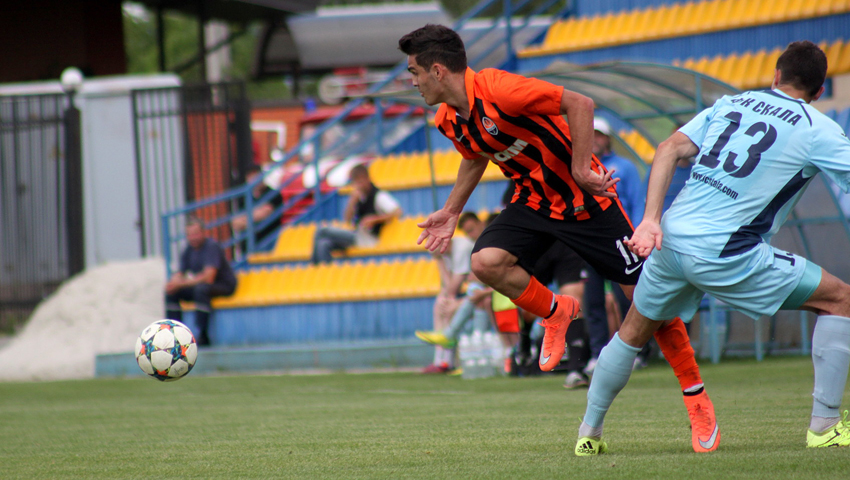 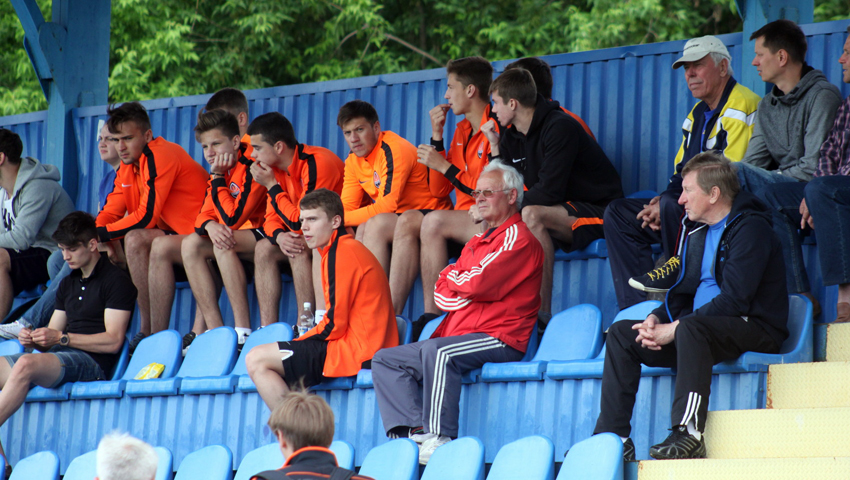 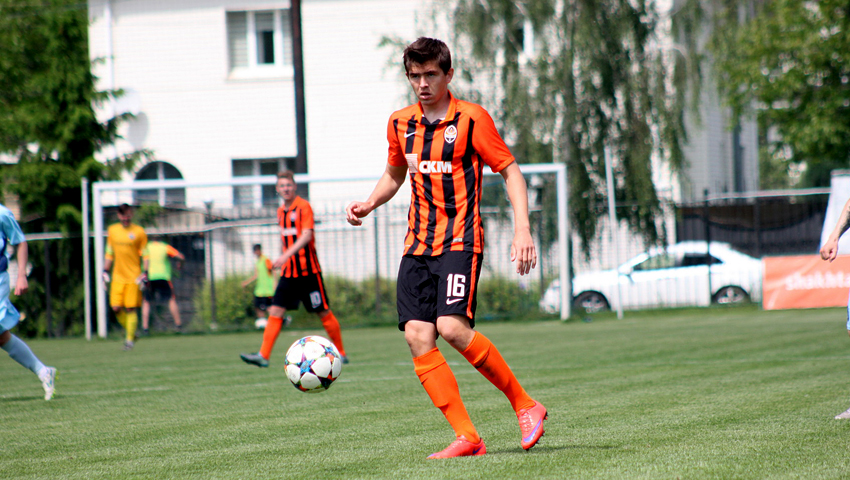 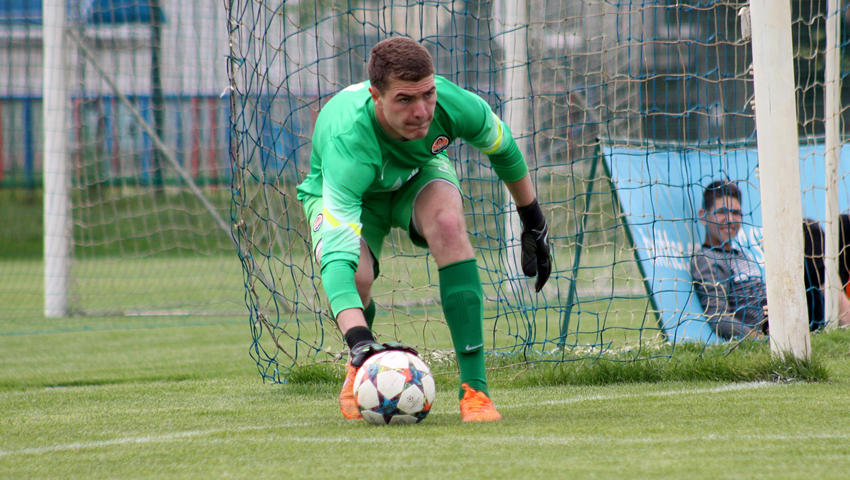 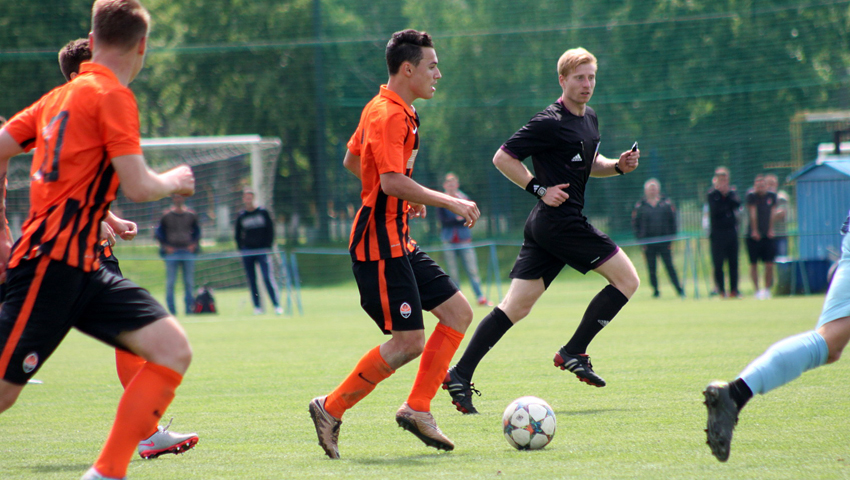 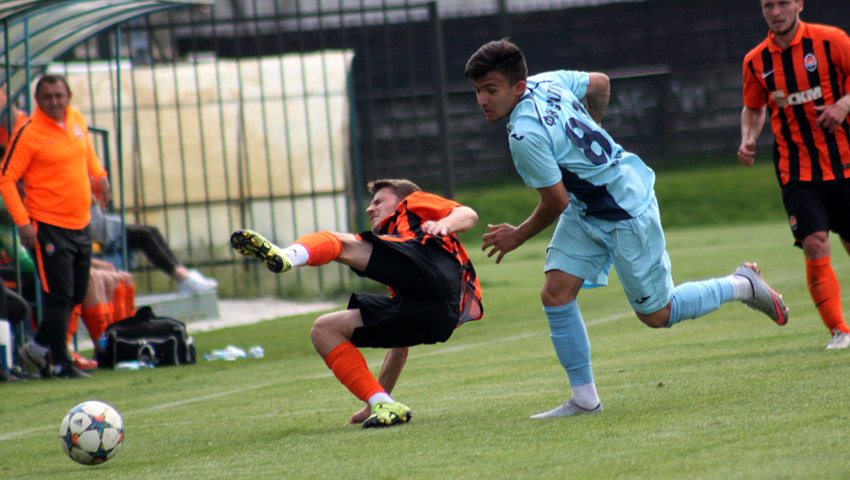 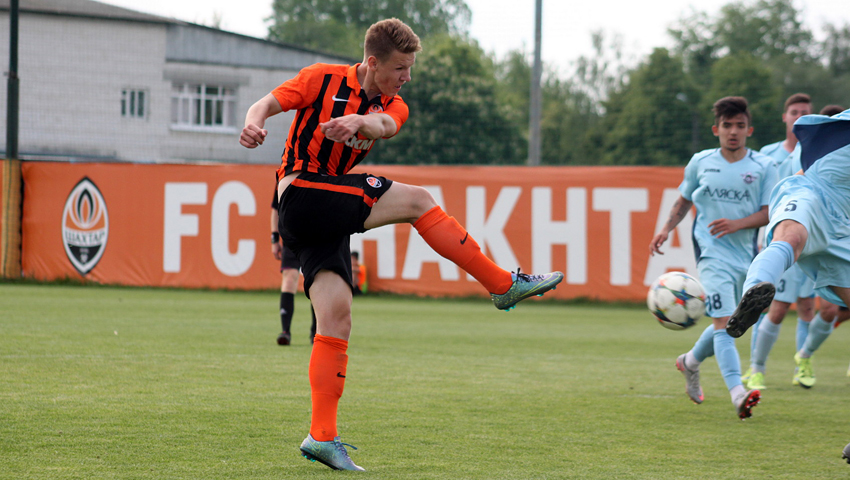 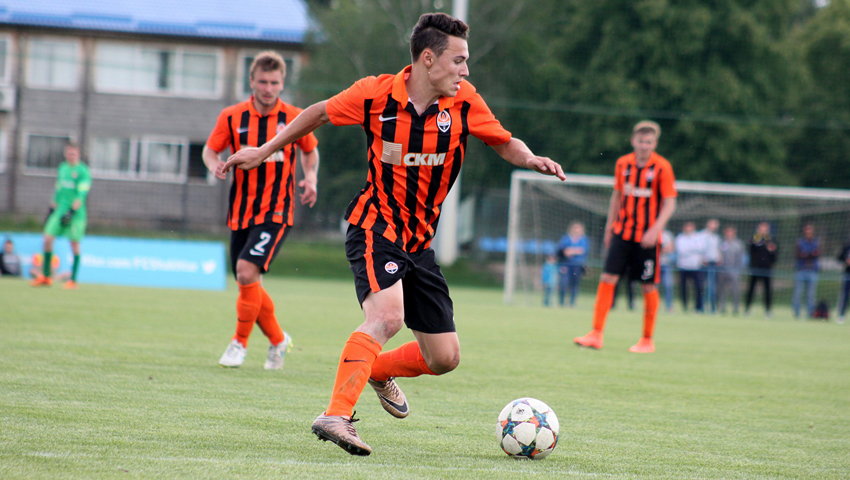 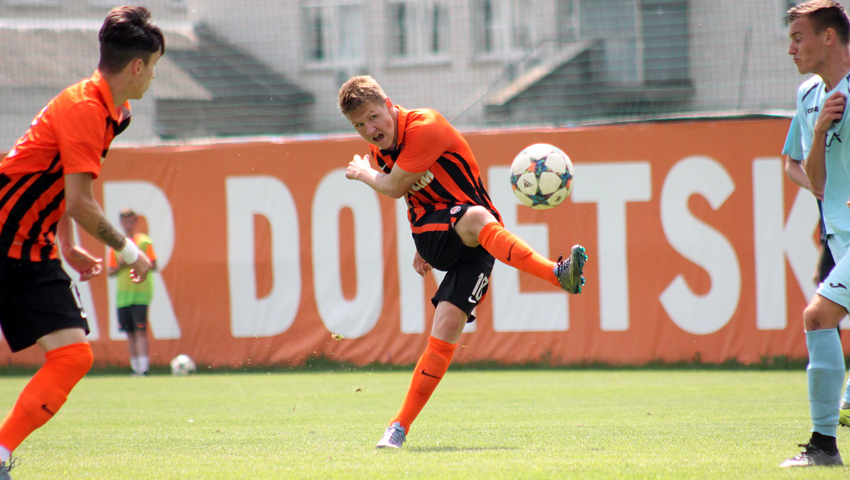 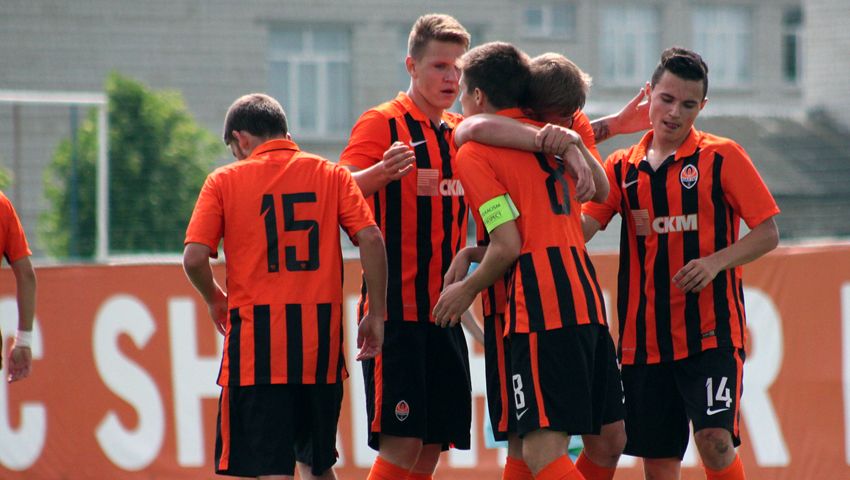 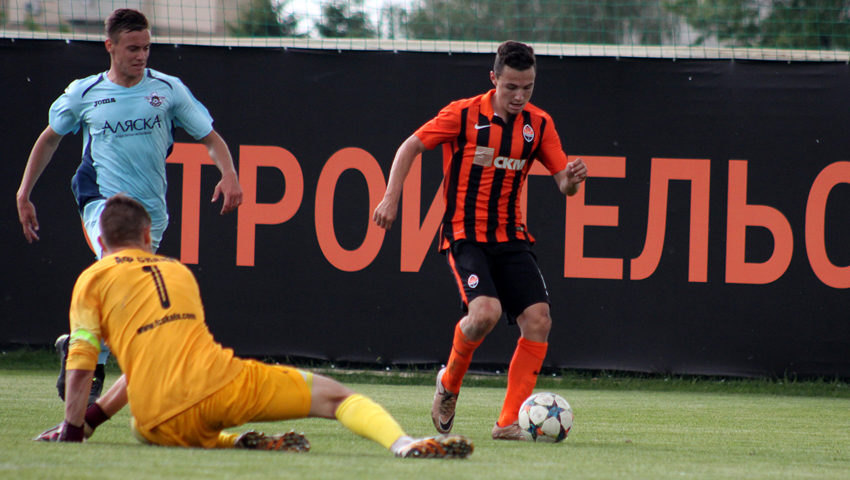 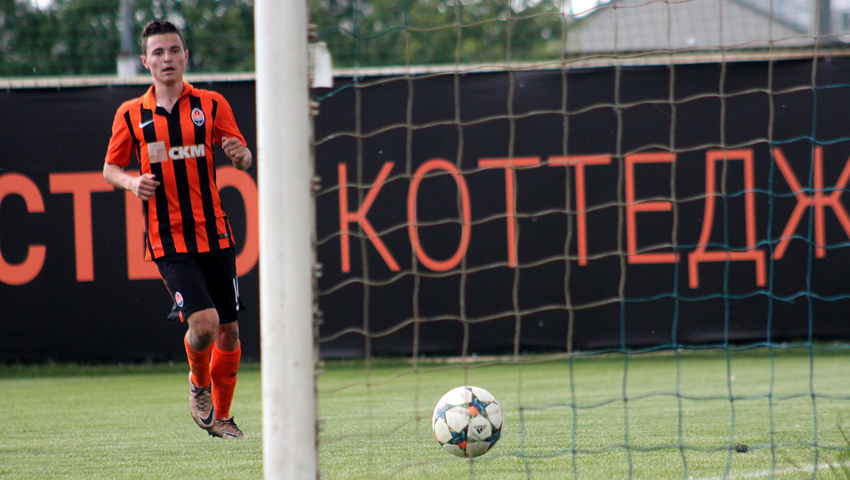 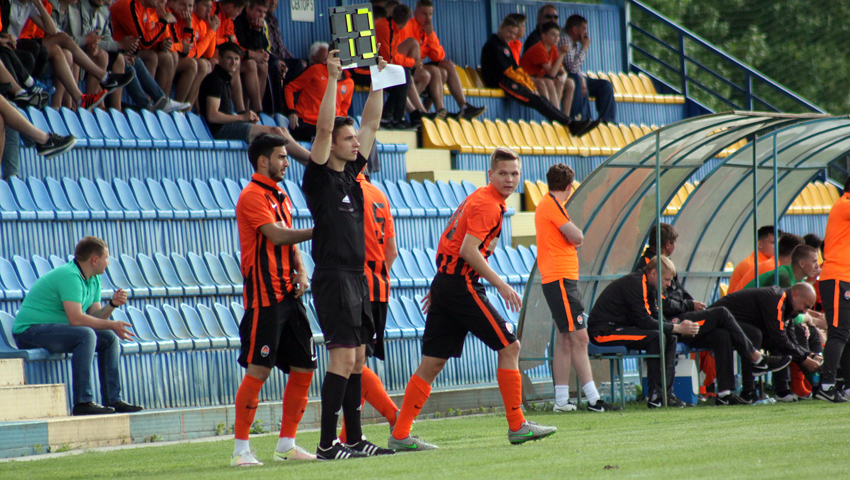 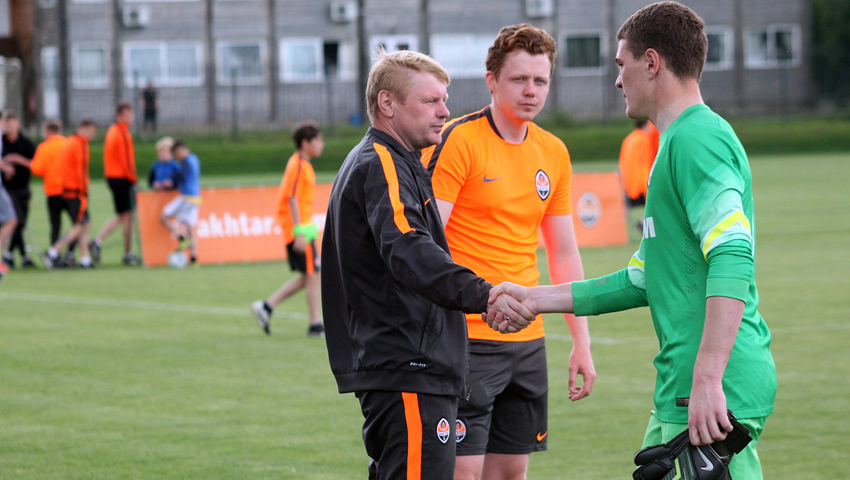