In the 4th round of the Europa League group stage, the Pitmen will play Gent away. We bring you the match background

November 3, Gent, Gent Stadium, 22:05 EET Live broadcast on Ukraina and Futbol 2 TV channels
Before the match
In the event of achieving a positive result in Belgium, Shakhtar will secure an early Europa League knockout stage berth. The Orange-and-Blacks are confidently topping group H (three wins in three rounds), being five points ahead of Gent.
Having rested after the meeting with Chornomorets, on 31 October, the team of Paulo Fonseca started preparing for the encounter in Belgium. Marcio Azevedo, Vyacheslav Shevchuk and Wellington Nem trained with the main group. We also want to remind you that the previously suspended Fred will be able to take part in the upcoming game.
Shakhtar will go to Gent on Wednesday, November 2nd. On the same day, they will organise traditional press conferences and open training sessions for the teams. 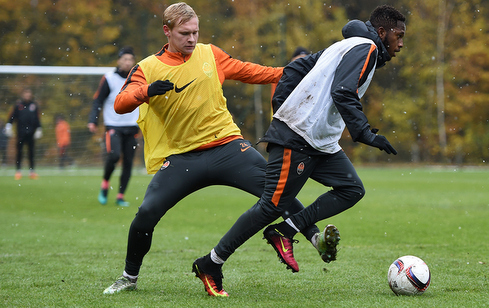 On 31 October, the team of Paulo Fonseca started preparing for the encounter in Belgium. The previously suspended Fred will be able to take part in the upcoming game
Referee – Aleksei Kulbakov (BLR) Assistant referees – Dmitri Zhuk, Oleg Maslyanko (BLR) Additional assistant referees – Denis Scherbakov, Viktor Shimusik (BLR) Fourth official – Yury Khomchenko (BLR)
Opponents
Gent won all three previous home games in the current UEFA Europa League campaign, including the qualifying round. The team rank second in the group after Shakhtar and have a good chance of reaching the Round of 32, going two points clear of Braga.
After suffering a crushing defeat at the hands of Shakhtar, the charges of Hein Vanhaezebrouck did not perform in the best way possible in the Belgian league. In the third part of October, the team played in three rounds. They failed both away games: 2-3 defeat against Eupen and 0-2 vs Mechelen. Gent beat Liège-based Standard 1-0 at home through a second-half goal by Kalifa Coulibaly. This current season, the the Pitmen’s opponents have been winning all league games.
We want to note that after 13 rounds of the Jupiler Pro League, Gent sit in the sixth spot, being one point ahead of Genk and Kortrijk. 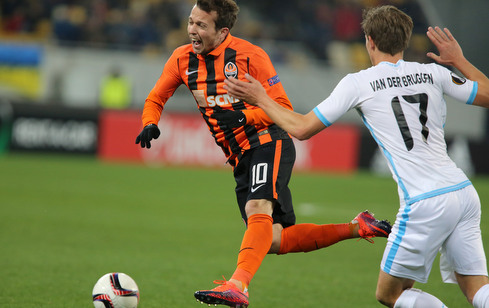