In the 5th round of the UEFA Europa League group stage, the Pitmen are taking on Konyaspor (TUR). We bring you the match preview

November 24, Lviv, Arena Lviv, 20:00 Live broadcast on Ukraina and Futbol 1 TV channels Before the match Shakhtar started preparing for the game on 21 November, after having a day’s rest after the Ukrainian League win over Karpaty. Paulo Fonseca's team conducted a training session at Sviatoshyn base. The Donetsk team will go to Lviv ahead of the game, on November 23, with traditional matchday events - a press conference and open training session – to be held the same day. The Orange-and-Blacks scored 12 points in four games and secured the top spot in Group H early, with the team's motivation remaining the same: winning every game and a claiming a one-hundred-percent result. We want to remind you that in the previous Europa League round, Shakhtar claimed a 5-3 win against Gent. The goals were scored by Marlos, Taison, Stepanenko, Fred and Ferreyra. By the way, Facundo’s goal-scoring run in all competitions includes four games now. Referee – Kevin Clancy (SCO) Assistant referees – David McGeachie, Graeme Stewart (SCO) Additional assistant referees – Steven McLean, Donald Robertson (SCO) Fourth official – Douglas Potter (SCO) Opponents The European club cup first-timers Konyaspor must win both remaining games and hope for the opponents to suffer a defeat in order to go on in the competition. The team of Aykut Kocaman are three points adrift of Gent, whom they are meeting in the closing group stage round. The second-spot Braga will finish their group stage performance with a home game vs Shakhtar. On Saturday, Konyaspor claimed another Turkish League win by beating Gaziantepspor 3-0 away. Owing to this outcome, the Green-and-Whites retained the sixth position in the table and they continue to stay close to the leading pack. 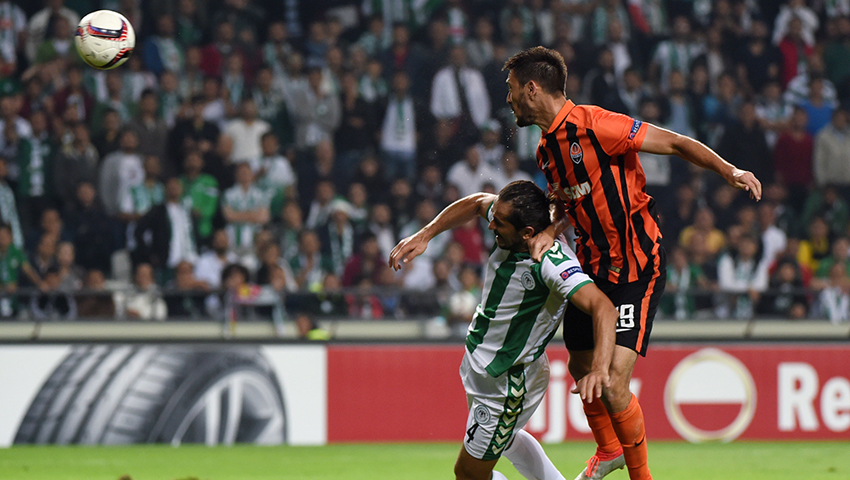