In the 16th league round, the Pitmen are playing Dnipro away. We bring you the meeting preview

November 27, Dnipro, Dnipro-Arena, 19:30 Live broadcast on 2+2 channel
Before the match
The Orange-and-Blacks are preparing for the meeting in a good mood. The team’s winning streak in all competitions comprises eight games. On Thursday, the charges of Paulo Fonseca won the Europa League group stage matchday 5 game, beating Konyaspor (TUR) 4-0, currently turning their attention to domestic competitions.
A week ago, Shakhtar beat Karpaty in the league, keeping the eight-point gap from the second-spot Dynamo Kyiv. Due to the yellow cards received in the previous round, Darijo Srna, Maksym Malyshev and Bernard will miss the upcoming game vs Dnipro. 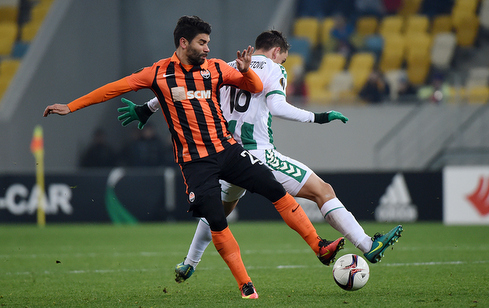 On Thursday, the charges of Paulo Fonseca won the Europa League group stage matchday 5 game, beating Konyaspor (TUR) 4-0
Referee – Yaroslav Kozyk (Mukacheve) Assistant referees – Oleh Pluzhnyk (Kharkiv), Volodymyr Volodin (Kherson) Fourth official – Olekandr Derdo (Chrnomorsk) Referee observer – Andrii Shandor (Lviv)
Opponents
Following Karpaty, Shakhtar will meet another team to have faced a six point penalty by FIFA Disciplinary Committee. Dnipro have the last but one position in the table, having a chance to make it only past Lutsk-based Volyn in the short run.
In the past three Ukrainian league rounds, the charges of Dmytro Mykhailenko drew with Stal, suffered a defeat at the hands of Dynamo and beat Vorskla. The man of the last match is Valeriy Luchkevych, who returned to the squad after recovering from injury, scoring a winner against the Poltava side.
We want to point out that Dnipro’s top scorers in the current league edition are Denys Balanyuk and Ruslan Rotan (3 goals each). The latter returned to the club in the course of the season and scored goals in the last two games.
Match background
The teams have had 50 league meetings to date. Shakhtar won 24, Dnipro won 13, with 13 draws. The goal difference is 79-54 in favour of the Orange-and-Blacks.
Dnipro claimed 10 home wins in 25 meetings. The Pitmen won 9 times, drawing on 6 occasions. The goal difference is 39-38 in favour of Dnipro (including the game for the 3rd spot in 1992 in Zaporizhya, where they were the nominal hosts). 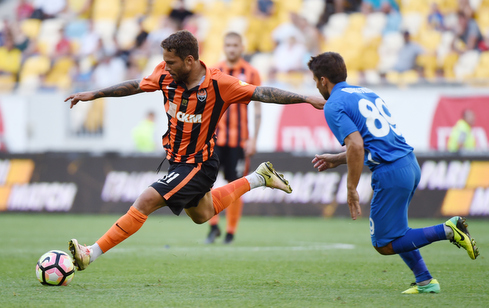