In the 16th round of the U21 premiership, Shakhtar played Dnipro away

In the table, the Pitmen are sitting in the second spot with 35 points, being three points adrift of the championship leaders. Dnipro are the sixth, having 20 points under their belt. The first leg between the opponents ended in the win by Valeriy Kryventsov’s team (2-1). Pikhalyonok and Adamenko scored for the Pitmen, with Nazarin scoring for Dnipro. In comparison with the previous match against Karpaty, the starting line-up of Shakhtar underwent significant changes: Oleh Kudryk took the place between the sticks, with Oleksandr Masalov appearing at left back, Artur Avagimyan and Oleksandr Pikhalyonok in midfield, and Oleksii Zinkevych playing as a striker. Wev also should note that the encounter took place in the indoor arena on the artificial pitch.

The opening stages of the match were dominated by the Pitmen. First Adamenko, who won the ball in his half, launched an attack down the left wing together withZinkevych, but a long-range shot by Oleksiy was inaccurate. And on 9 minutes, the Donetsk team opened the scoring: Danylo Sahutkin got on the end of a Giorgi Arabidze corner to make it 0-1. This forced the hosts to play more actively up front, with them being close to equalizing midway through the half. The blistering three vs two counterattack was rounded off by Balanyuk, but he failed to score from a shooting range. At level performance, the teams created virtually no dangerous chances. Except for a spectacular bicycle kick by Arabidze which was denied by Dnipro goalkeeper. In injury time, the hosts equalized. After playing a quick free kick in midfield, Dmytro Verhun unexpectedly landed a powerful shot from some 35 metres, with the ball hitting the back of the net off the post to make it 1-1.

However, the goal conceded just before the break only provoked the Orange-and-Blacks, with the latter beating Dnipro goalkeeper three times during fifteen minutes after the break. First Giorgi Arabidze produced his trademark free kick into the far corner – 1-2. Immediately after that, the Georgian midfielder scored a brace. Taras Kacharaba just sealed the win: the centre-back sent Avagimyan’s corner home – 1-4. In the remaining time Dnipro tried to rehabilitate themselves and made all-out attacking moves, with Shakhtar defence operating calmly and reliably, with Oleh Kudryk making a few great saves. Valeriy Kryventsov fielded Maksym Chekh and allowed Viktor Korniyenko to debut for Shakhtar U21 team, who helped the team to retain the winning result. The final score is 4-1 in favour of Shakhtar.

Before the winter break, the Pitmen are to hold another two games: on December 3 they will receive Stal in Schaslyve, and on December 11 they will play Dynamo away. 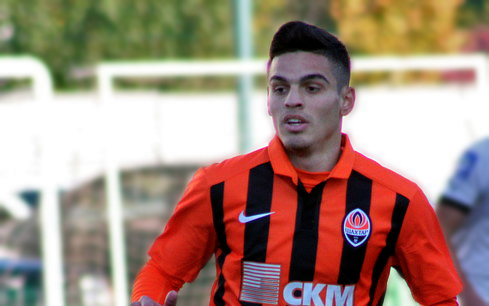 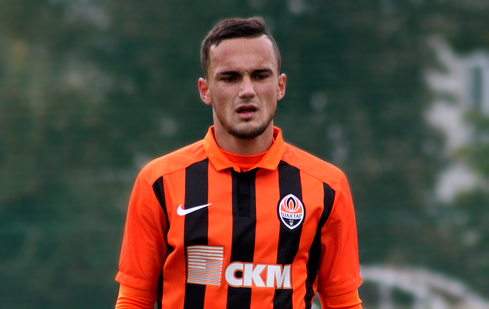