In the Ukrainian Cup Last 8, the Pitmen are to play Poltava away. We bring you the match preview

November 30, Poltava, Lokomotiv, 13:00 Live broadcast on Futbol 1 channel
Before the match
On Sunday, Shakhtar claimed a win in Dnipro, retaining the eight-point lead above Dynamo. Almost immediately the Pitmen switched to the Ukrainian Cup performance: the game against Poltava will take place in two days on the third one and will start pretty early – at 13:00.
It is quite likely that Paulo Fonseca will make certain changes in the starting line-up, and a number of players who did not take part in the encounter with Dnipro, will appear on the pitch of Lokomotiv stadium. Shakhtar made it past Oleksandriya in the Ukrainian Cup Round of 16. The match took place a month ago and ended 2-1 in favour of the current title holders. Stepanenko and Marlos got their names on the scoresheet for the Pitmen. Poltava beat Karpaty at home with the same score (with Kovtun and Troyanovskyi scoring).
We want to remind you that both in the current season and at every Cup stage, teams play only one game. 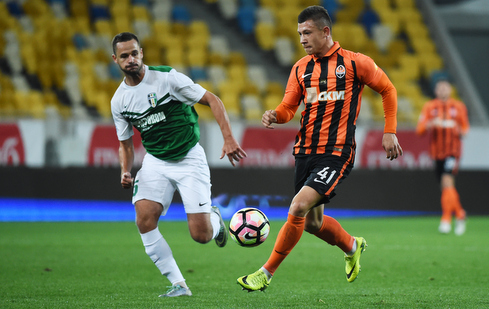 Shakhtar made it past Oleksandriya in the Ukrainian Cup Round of 16. The match ended 2-1 in favour of the current title holders
Referee – Serhiy Berezka (Kyiv oblast) Assistant referees – Serhiy Prystupa (Kyiv), Andriy Skrypka (Kropyvnytskyi) Fourth official – Viktor Kopiyevskyi (Kropyvnytskyi) Referee observer – Oleh Pervushkin (Cherkasy)
Opponents
The Cup meeting with Shakhtar will be Poltava’s closing game this calendar year. The charges of Yuriy Yaroshenko played their most recent game on November 19, claiming a 3-1 win over Sumy. Thus Poltava interrupted their unfortunate run of three November defeats featuring no goals scored, over which the team dropped significantly in the table. Poltava will leave for the winter break in the 11th spot.
As part of preparation for the meeting with the Pitmen, the opponents had a friendly against Akhtyrka-based Neftianyk: enjoying a 2-0 lead (with Voronchenko and Ivanov scoring), Poltava conceded two goals in the second half.
Match background
Shakhtar and Poltava thrice locked horns in the Ukrainian Cup. All the meetings ended in the wins by the Pitmen, with an aggregate goal difference of 11-2. 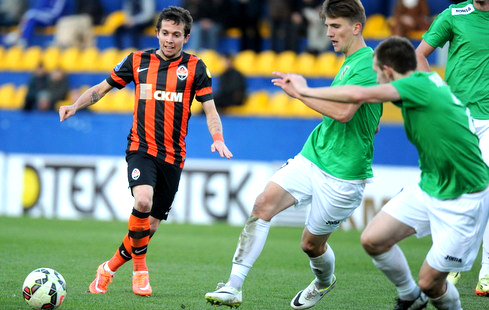