U21. Oleksandriya vs Shakhtar: preview

In the U21 Ukrainian League, the Pitmen will play Oleksandriya away. We bring you the meeting background

November 5, Oleksandriya, KSK Olimp, 13:00
Before the match
Shakhtar have been topping the U21 league table. In 13 games, the team of Valeriy Kryventsov claimed 10 wins, drawing twice and losing once, thus gaining 32 points. The Donetsk side scored 38 goals and conceded only seven, with both indicators being the best in the league. Besides, as many as three Pitmen are among the league’s top five scorers: Mykyta Adamenko tops the goal scorers list (9 goals), followed by Giorgi Arabidze and Andrii Boriachuk (with seven goals each). The Pitmen are approaching the game vs Oleksandriya without the injured Vladyslav Trescheiko and Denys Arendaruk. Shakhtar have no suspended players.
Referee – Yuriy Hrysio (Lviv) Assistant referees – Andrii Skrypka (Kropyvnytskyi), Ruslan Yermolenko (Chernihiv) Fourth official – Maksym Polischuk (Kryvyi Rih) Referee observer – Serhii Lysenchuk (Kyiv)
Opponents
Oleksandriya are taking part in the U21 competition for the third time. In 2012, they finished bottom of the table, claiming the 12th spot last year. The current league edition has not been easy for Oleksandriya as well: they claimed only two victories, currently sitting in the tenth spot (11 points, goal difference of 16-22). At the same time, the charges of Andrii Kuptsov earned the reputation of being uncompromising opponents: they defeated Zorya at home (4-0), being close to nicking points from Dynamo (losing both games 0-1), and only once suffered a major defeat to the league leaders Shakhtar. In the last round, the opponents drew away with Vorskla (1-1), with the Oleksandriya defender Ivan Havrushko missing the meeting with the Orange-Blacks due to multiple yellow cards earned. 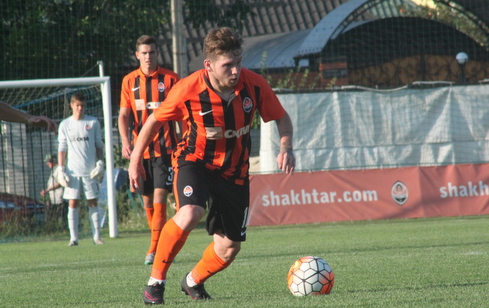