U21. Olimpik vs Shakhtar: match preview

In the 11th round of the U21 Ukrainian League, the Pitmen will be visiting Olimpik Donetsk U21. We bring you the match preview

14 October, Bila Tserkva, Zmina stadium, 14:00
Before the match
Shakhtar continue the title race with Dynamo: the leaders duo broke 6 points away from the closest rivals. In 10 matches, the Pitmen claimed 8 wins, showcasing the highest performance in the league – 32 goals scored and 7 conceded. Two orange-and-black players remain to be the league’s top scorers: Andrii Boriachuk and Mykyta Adamenko (with 7 goals each). In the previous round, Shakhtar U21 beat Zorya at home (2-0) through the precision shots by Vyacheslav Tankovskyi and Roman Yalovenko.
During the two-week league break, five orange-and-black lads played for Ukraine U21 team in the 2017 EURO U21 qualifying round: Shakhtar U21 players Ihor Kiryukhantsev and Taras Kacharaba, as well as Shakhtar senior team players Mykola Matviienko Oleksandr Zubkov and Andrii Boriachuk. Besides, Volodymyr Hrachov and Denys Arendaruk participated in a test match of Ukraine U20, with Giorgi Arabidze playing for Georgia U19.
Unfortunately, the internationals could not avoid injuries. In the meeting against Olimpik, Kiryukhantsev and Arendaruk, who are recovering from injuries, will not help the charges of Valeriy Kryventsov. At the same time, the captain of Shakhtar U21 Oleksandr Pikhalyonok, who missed the last two games, is back to the ranks. None of both teams’ players will miss the upcoming meeting due to suspension. 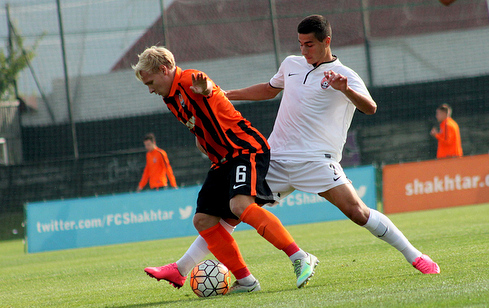 In the previous round, Shakhtar U21 beat Zorya at home (2-0) through the precision shots by Vyacheslav Tankovskyi and Roman Yalovenko
Referee – Yevhen Aranovskyi (Kyiv) Assistant referees – Yevhen Petrakov, Serhii Prystupa (both from Kyiv) Fourth official – Volodymyr Novokhatnyi (Kyiv) Referee observer – Vadym Shevchenko (Kyiv Oblast)
Opponents
Olimpik spend their third season in the U21 league, progressing with each passing year. In 2015, they finished last, ending up in the 10th spot last season, currently competing in the top three. In 10 games this season, they claimed 5 victories and had 4 draws, with only one defeat (19 points, goal difference 19-12). Shakhtar striker Stanyslav Belenkyi is among the league’s top scorers (7 goals).
The charges of Ihor Klymovskyi have not lost at home. In Bila Tserkva, they beat Dnipro (2-1) and drew with Dynamo (1-1). In the previous round, Olimpik were tied away vs Vorskla (1-1). The Donetsk team were in front after the goal by Sharai, but failed to save the win. 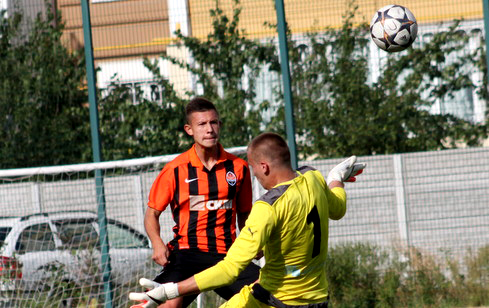