U21. Zirka vs Shakhtar: preview

In the 12th round of the U21 Ukrainian League, the Pitmen will play Kropyvnytskyi-based Zirka away. We bring you the meeting background

22 October, Dolynska, Kolos stadium, 13:00 Before the match Shakhtar completed the first half of the U21 League season with the following performance figures: 9 wins, 1 draw and 1 loss. The charges of Valeriy Kryventsov scored 28 points, showcasing the best performance in the league, conceding less goals than the other sides (goal difference: 35-7). A week earlier, the Orange-and-Blacks claimed a confident win over the league’s third best side Olimpik (3- 0). Yuriy Hluschuk opened the scoring, followed by the league’s top scorer Mykyta Adamenko (8 goals this season) and the Georgian midfielder Giorgi Arabidze (6 goals). 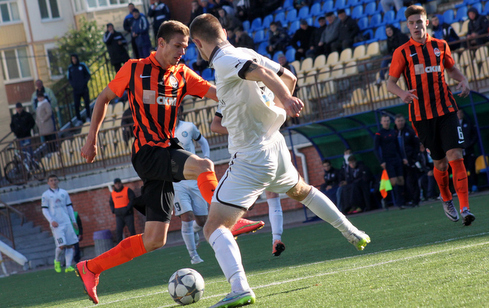 A week earlier, the Orange-and-Blacks claimed a confident win over the league’s third best side Olimpik (3- 0)
Shakhtar are still the most correct league team, as no players will miss the upcoming meeting due to numerous yellow cards. Referee – Oleksandr Holovkov (Luhansk oblast) Assistant referees - Yaroslav Trekhlib, Volodymyr Zharyi (Dnipropetrovsk oblast) Fourth official - Viktor Kopiyevskyi (Kropyvnytskyi) Referee observer – Volodymyr Petrov (Kharkiv) Opponents Zirka debuted in the U21 championship this year. At the start of the season, the U21 squad is headed by a 29-year-old Argentinian Dario Hernan Drudi, who was appointed the first team head coach in mid-August. At the moment, Roman Monaryov and Henadii Makhno work with the young players. The Kropyvnytskyi side scored their first points only in the 6th round, drawing away against Oleksandriya (1-1), then they did not allow Dnipro to beat them (2- 2). Those two points remain to be Zirka’s only achievement in the first half of the league season, with the team going bottom of the table with the goal difference of 6-28. In the previous round, the opponents suffered a narrow defeat to Vorskla (0-1), conceding a goal midway through the second half.

Match background The only meeting between Shakhtar and Zirka took place in the first round of the current league season. In Schaslyve, Shakhtar left the opponents with no chance, scoring six unanswered goals. In the first half, Adamenko, Boriachuk and Pikhalyonok scored, with the latter netting a goal from the penalty spot. After the break, Arabidze, Mihunov and Zubkov notched more goals. Valiy Kryvetsov’s team started the current season with a 6-0 win. 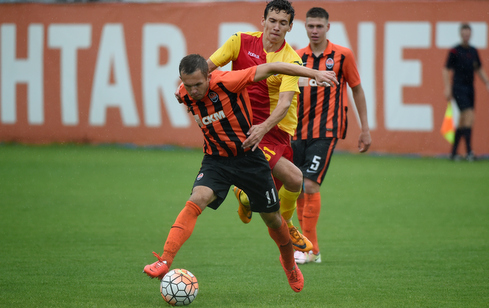 In the first half, Adamenko, Boriachuk and Pikhalyonok scored, with the latter netting a goal from the penalty spot. After the break, Arabidze, Mihunov and Zubkov notched more goals. Valiy Kryvetsov’s team started the current season with a 6-0 win
Trivia Shakhtar have kept clean sheets in the last three games. The opponents scored against the Pitmen for the last time back in mid-September. Besides, Donetsk have been enjoying an unbeaten away run, with the Pitmen having no away defeats this season (4 wins and 1 draw). But Zirka have not been particularly successful at home, since in five home matches they scored only one point and netted one goal. Zirka’s most prolific player this season is the graduate of Shakhtar Academy Dmytro Bilonoh (2 goals).