U19. Shakhtar vs Zorya: match report

In the postponed match of the Ukrainian U19 League Round 3, Shakhtar entertained Zorya

U19 Championship. 3rd round. October 26, 2016. Schaslyve. Knyazha Arena stadium. Att: 150. 5 oC.
Shakhtar Donetsk U19 1-1 (0-1) Zorya Luhansk U19
Goals: 0-1 Sandrak-Vynytskyi (22), 1-1 Putrya (63, pen.)
Shakhtar: Pospelov, Konoplya, Mate (Hudz, 64), Bondar, Kornienko, Chekh, Kashchuk, Putrya (Porodko, 75), Kulakov (Khachaev, 55), Topalov (c) Andruschenko
Unused subs: Kucherenko, Yakimets, Chahovets, Zaporoschenko
Head coach: Serhii Popov
Zorya: Herasymenko, Reshetov, Avramenko, Matviienko, Kryschuk (Borysenko, 59), Shalfeev (c), Bilyi (Zahoruiko, 83), Levenets (Plechyi, 89), Bryzhenko (Vovchenko, 76), Safikhanov, Sandrak-Vinnytskyi
Unused subs: Khmelovskyi, Korsunov, Kodrya
Coach: Dmytro Kara-Mustafa
Booked: Putrya (28), Safikhanov (33), Konoplya (34), Kashchuk (45), Chekh (76), Plechyi (90)
Referee: Dmytro Kubryak (Odesa)
Before the match
The teams were to meet in late August, but back then, the meeting was postponed due to international duty. Currently, the Pitmen sit in the sixth spot, with the Luhansk team being the tenth in the table. Last Saturday, the team of Serhiy Popov suffered a 1-2 defeat to Dnipro. Compared to that game, they made two changes in the starting line-up of Shakhtar: Illia Putrya played in midfield instead of Volodymyr Yakimets, with Maksym Andruschenko replacing Murad Khachaev.
First half
From the opening minutes, Shakhtar players set a high pace and fired a few shots from outside the penalty area early in the meeting, but they all were blocked by the visiting ddefenders. Illia Putrya’s non-conventional performance were close to being successful: he made it past two opponents, but failed to hit the near corner. Then Valerii Bondar, when scoring from some 15 metres, sent the ball over the goal. Zorya were replying with dangerous counterattacks, one of which was stopped by the host goalkeeper Artem Pospelov, who did not allow Levenets to excel. But on 22 minutes, Vladyslav Sandrak-Vynnytskyi finished off Luhansk’s blistering move. Until the end of the half, the Pitmen did not stop attempting to rectify the situation, combining well on the flanks and near the penalty area, but they lacked the killer pass. Plus Zorya did not allow them to make quick transitions from defence to attack through high pressure, with the whole Donetsk team defending.
Second half
After the break, Shakhtar played more aggressively: the players were more likely to win the combat, more possession and created several dangerous moments. Leveling the score wards Sergei Popov failed in the 63rd minute. Yefym Konoplya earned a penalty, which sold Ilya Putrya – 1-1. This goal back orange-black faith in their own strength, and at the gates of Zorya moments began to arise. One only Oleksii Kashchuk had four scoring opportunities, but his punches have been wide of the mark, and only one guest goalkeeper saved the reaction, which pulled the ball from the corner. Before the final whistle, miners to keep up the speed and reduces the pressure on the protection of Luhansk, but the ball went into the opponent's net. Last chance to snatch victory in stoppage time was when the hosts earned a promising free kick 20 meters from goal, but Dmytro Topalov shot over the crossbar.
1-1 - Shakhtar and Zorya share points and remain in the same positions in the table. Three days later, 29 October, miners will meet on the road with the Olimpik.
Sergei Popov, the head coach of Shakhtar U19:

- Today, as in other games, where we lost points, our team was closer to victory than the opponent. Not bad combined, creating moments, but acting without completing attacks, without the latter a good pass or firing, it is impossible to win. That with the Zorya in which we have just summed up the implementation: kept the ball in the final phase for too long, trying to bring every attack until the end. And in the adult football speed is needed - in decision-making, in the work with the ball. At the same time the enemy has created a couple of chances and scored a goal. This is also our problem, that is passed into unnecessary situations. These errors must be corrected in order to move forward. 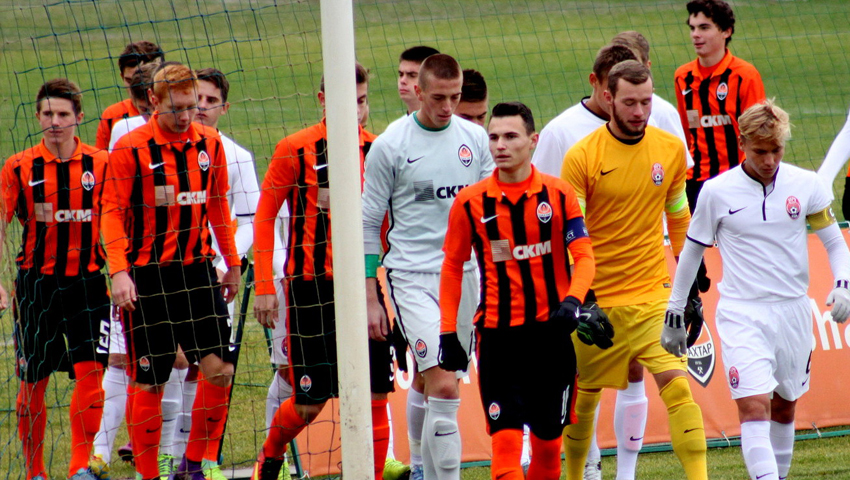 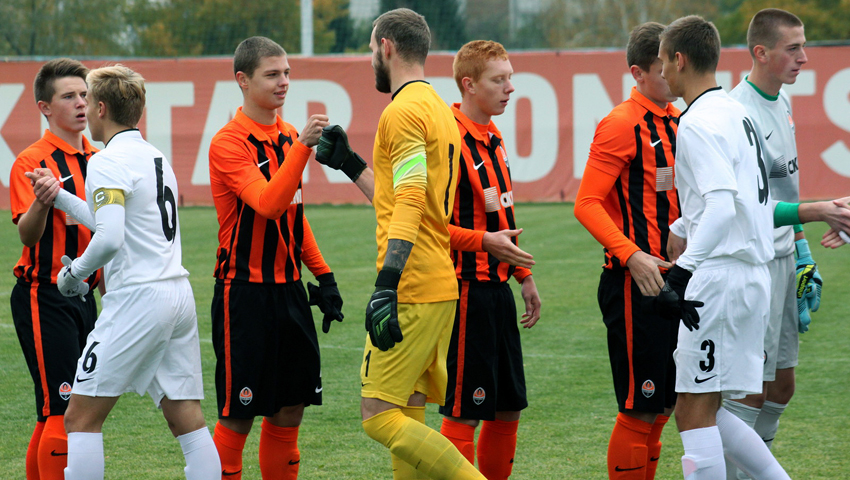 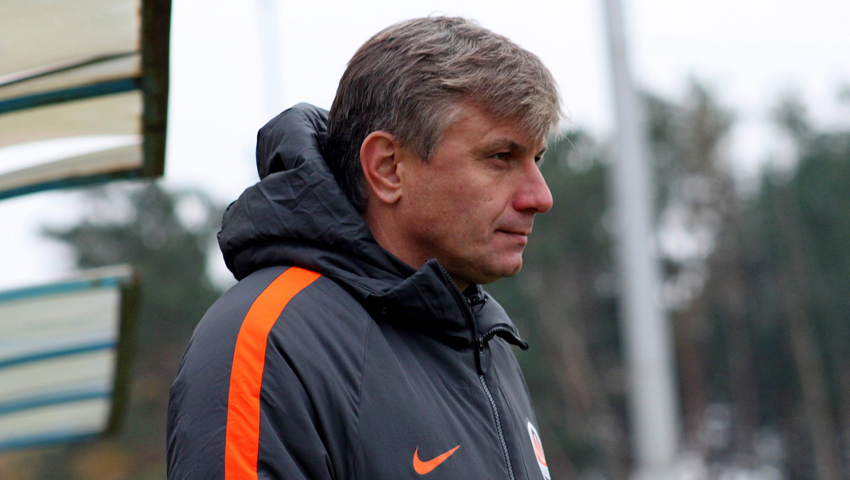 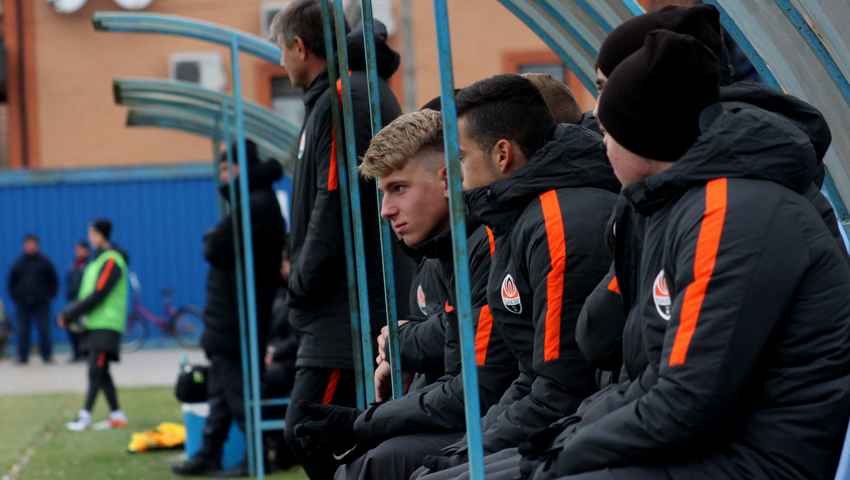 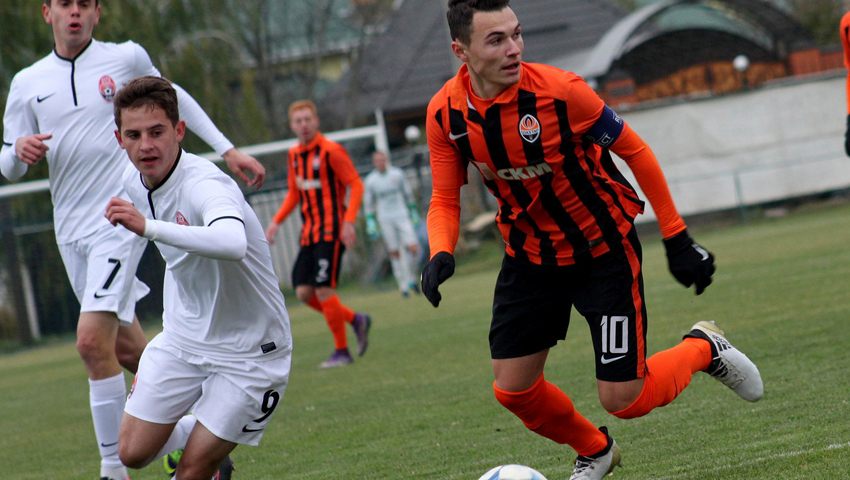 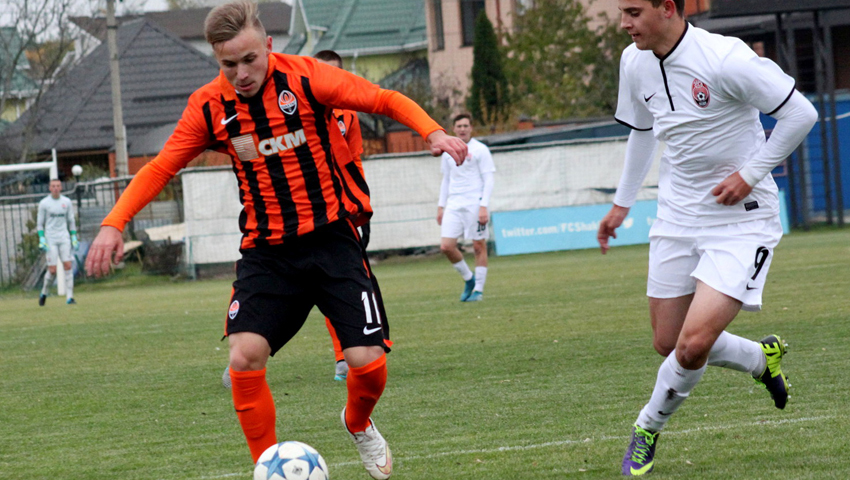 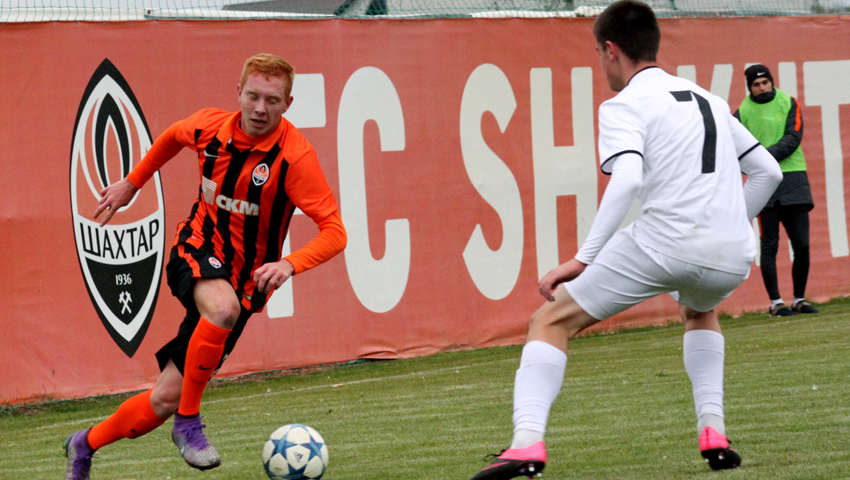 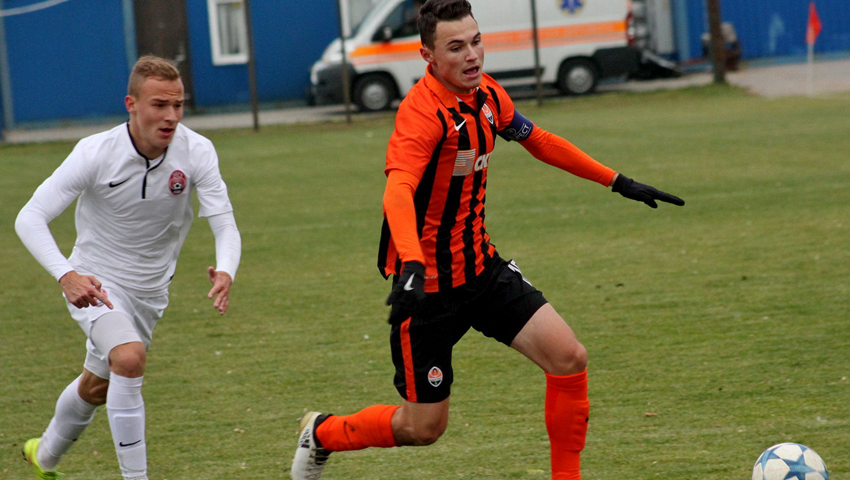 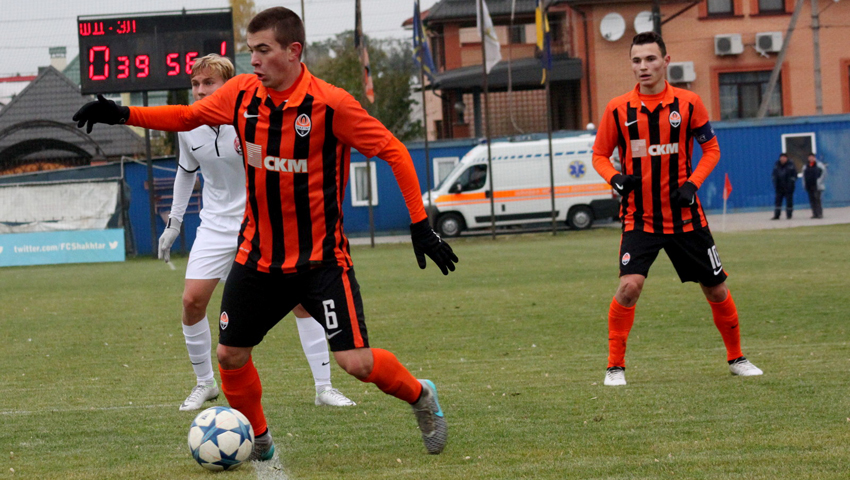 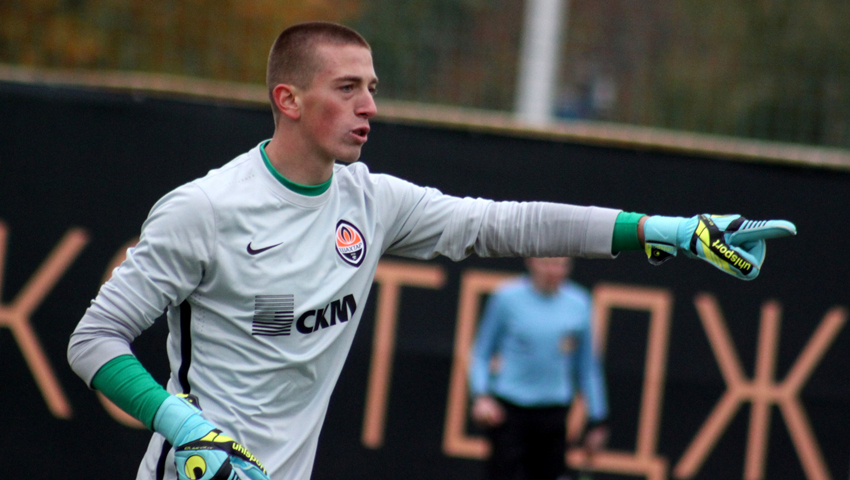 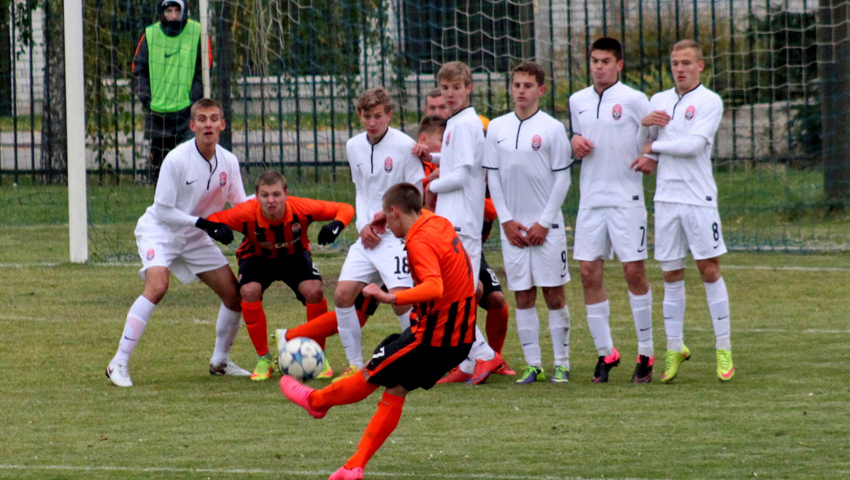 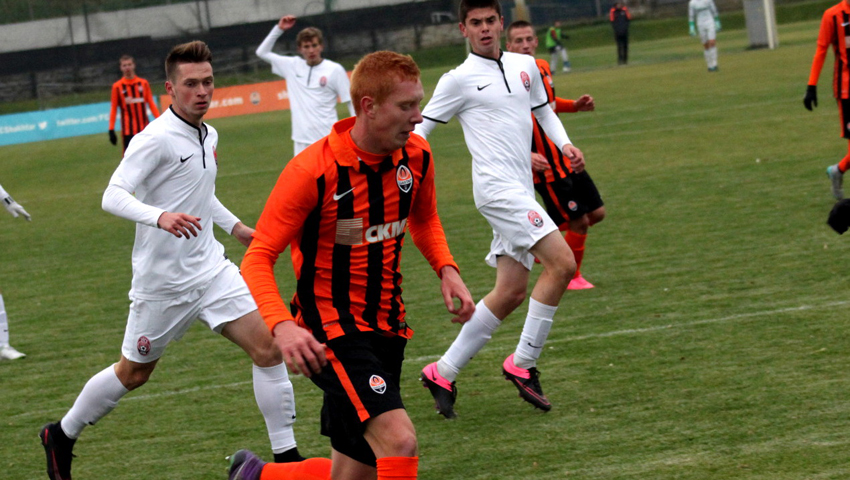 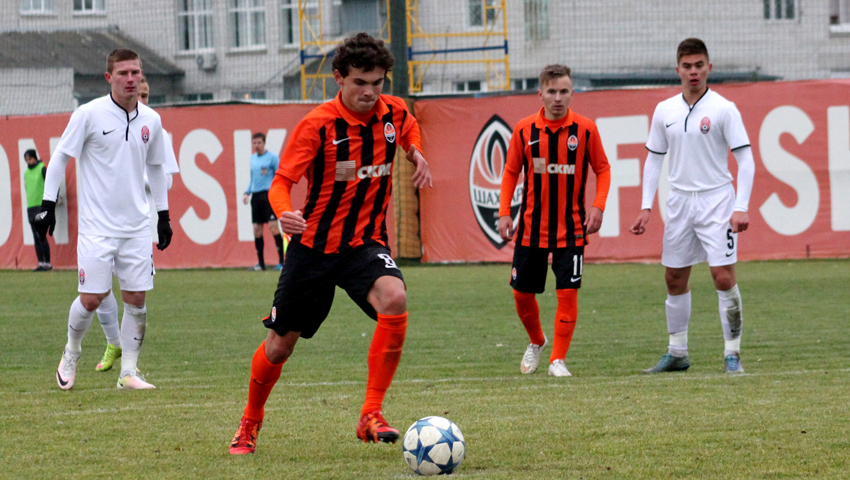 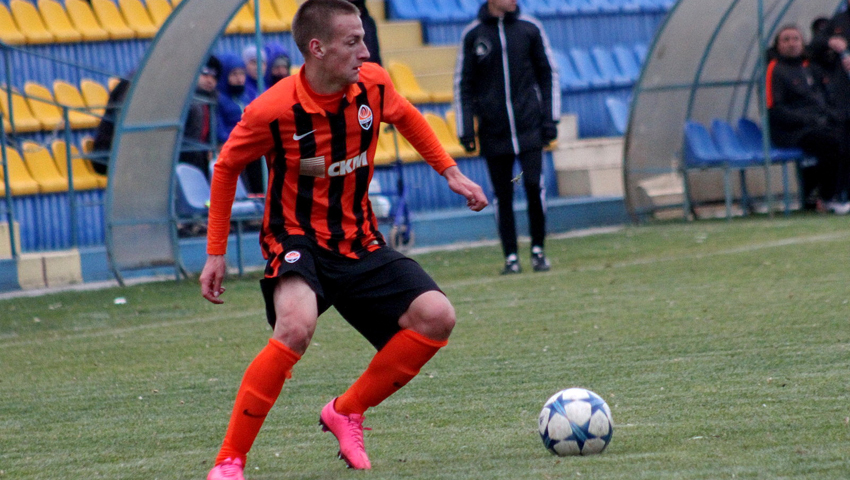 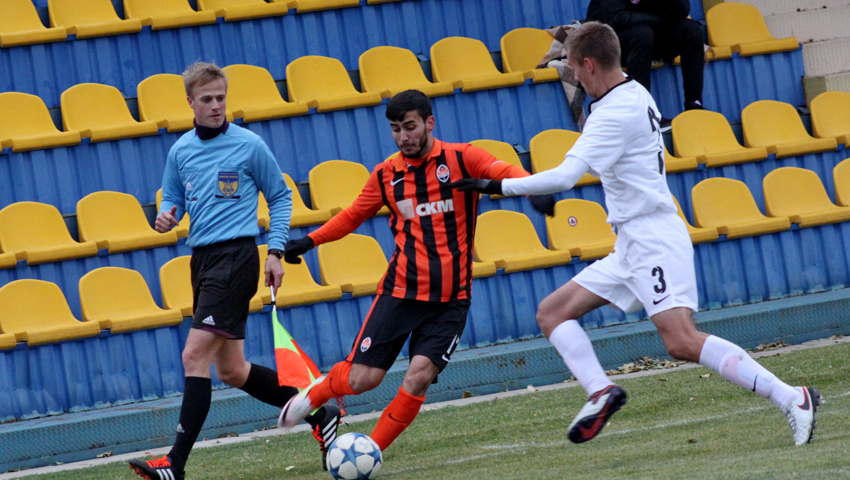 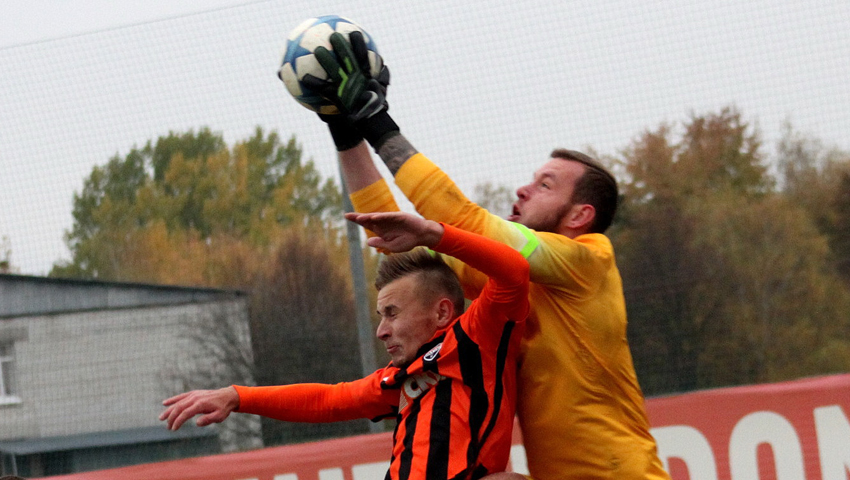 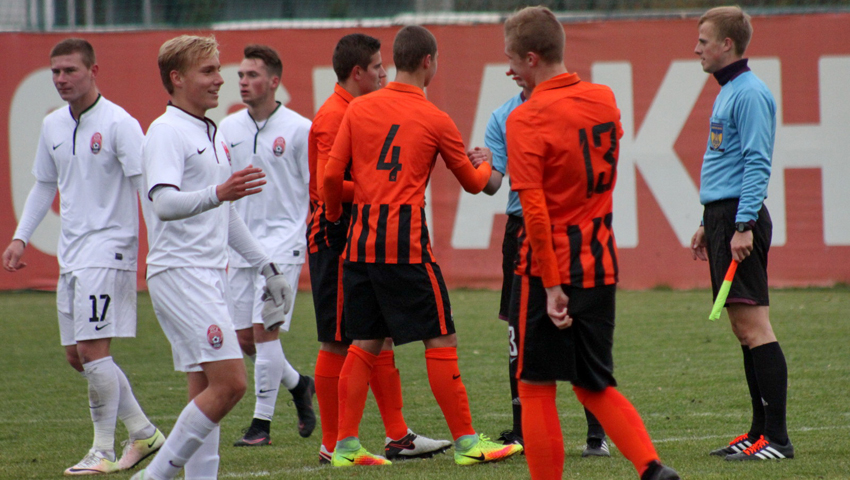 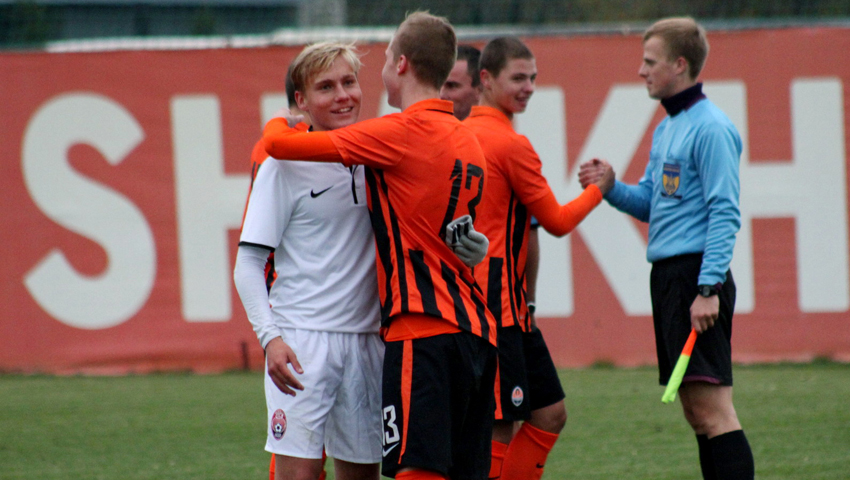