U21. Shakhtar vs Volyn: preview

In the 9th round of the U21 Ukrainian League, the Pitmen took on Lutsk-based Volyn. We bring you the match preview

September 23, Shchaslyve, Knyazha Arena stadium, 13:00
Before the match
In the previous round, Shakhtar U21 beat their Vorskla counterparts away (3-1), still sitting in the second spot. After eight games, the Orange-and-Blacks have 19 points at the goal difference of 24-7. In Poltava, the charges of Valeriy Kryventsov not only achieved the desired result, but also showcased some great quality football.
Ahead of the meeting with their Volyn opponents, the Donetsk side do not experience any personnel problems. The formerly injured Taras Kacharaba is back with the team, with Illia Ichuaidze, who has not appeared this season, still recovering. Also, none of the Pitmen will miss the upcoming encounter for disciplinary reasons.
Referee – Mykola Balakin (Kyiv oblast) Assistant referees – Andriy Lytvyn, Taras Klymenko (both from Kyiv) Fourth official – Vladyslav Dorosh (Kyiv) Referee observer – Viktor Shvetsov (Odesa) 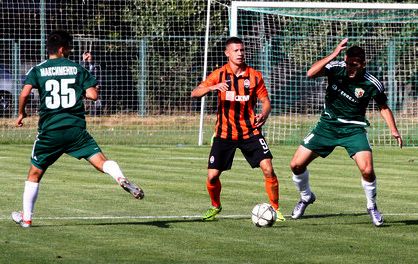 In the previous round, Shakhtar U21 beat their Vorskla counterparts away (3-1). In Poltava, the charges of Valeriy Kryventsov not only achieved the desired result, but also showcased some great quality football
Opponents
In the opening eight rounds, Volyn U21 claimed 2 wins, along with 1 draw and 5 defeats. In the table, the Lutsk side sit in the penultimate, 11th place (with 7 points and the goal difference of 8-24). Volyn scored all their points in the home games, suffering 4 away defeats (including three thrashings) without scoring a single goal.
In the previous round, the Lutsk team clained a home win at Oleksandriya (3-1). The outcome was secured in the first half: Lezin and Melinishin put their names on the scoresheet for the hosts, also taking advantage of the visitors’ own goal. The only goal for Oleksandriya was netted by Shakhtar Academy graduate Maksym Zhychykov.
It is worth noting the major rotation carried out by Volyn coaching staff this season: from the beginning of the league season, 38 (!) players appeared for Volyn U21 team. For instance, the Pitmen fielded 25 players. 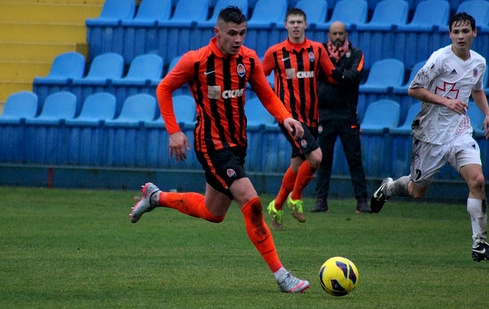