In the 9th round of the Ukrainian Premier League, the Pitmen will take on Volyn Lutsk. Here is a promo of the upcoming match

September 24, Lviv, Arena Lviv, 5 pm Live broadcast on Futbol 2 TV channel
Before the match
The Orange-and-Blacks are leading the standings, being ahead of Zoria and Dynamo by 5 and 6 points respectively. This intermediate result is the main motivating factor for Paulo Fonseca's squad. Shakhtar need to win to feel comfortable in the title race.
On September 22 the Pitmen trained at Sviatoshyn base. Anton Kanibolotskyi, Viacheslav Shevchuk, Marcio Azevedo, Yaroslav Rakitskyy, and Darijo Srna trained in accordance with individual programme. The captain of the Orange-and-Blacks has already begun jogging.
Due to the four yellow cards received in the course of the League, Shakhtar midfielder Fred will miss the upcoming match.
Referee – Yekateryna Monzul (Kharkiv) Assistant referees – Oleh Pluzhnyk (Kharkiv), Oleksandr Voitiuk (Zaporizhia) Fourth official – Yurii Hrysio (Lviv) Referee observer – Mykhailo Ovchar (Ivano-Frankivsk Oblast) 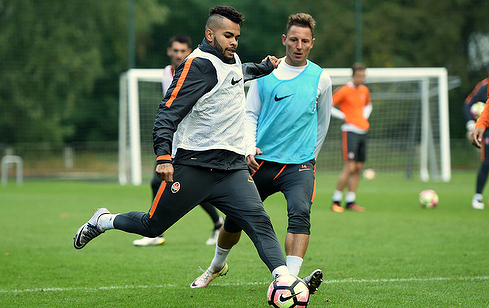 On September 22 the Pitmen trained at Sviatoshyn base. Anton Kanibolotskyi, Viacheslav Shevchuk, Marcio Azevedo, Yaroslav Rakitskyy, and Darijo Srna trained in accordance with individual programme
Opponents
The Lutsk team earned 5 points in eight rounds and is next to the last in the standings. Volyn is one of the two teams who scored the least in the League this season (6 goals). In the current season Vitalii Kvartsianyi's squad managed to get points in the matches against Zirka, Olimpik, and Oleksandriya. Thye lost their games against Dipro, Stal, Dynamo, Chornomorets, and Vorskla.
Note that this Wednesday, September 21, Volyn held a match of the Ukrainian Cup Round of 32. The Lutsk team beat Olimpik Donetsk 2-1 in a home game.
Due to disqualification Slovenian defender Micah Goropevsek, who played without substitutions in the previous rounds, will miss the game against Shakhtar. 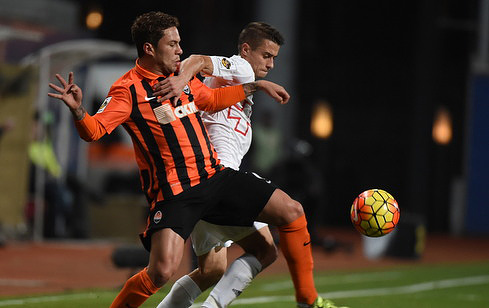